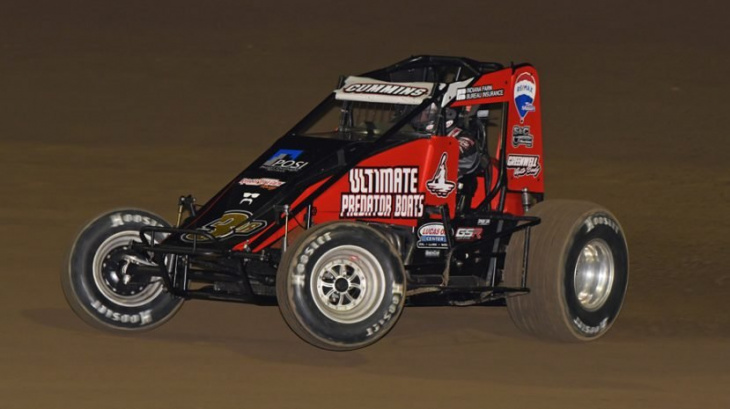 KOKOMO, Ind. — It was without question the biggest beat down of all Smackdowns.

And the tone was set on Thursday night, as it was apparent that the Kyle Cummins Show was going to be in full effect when the USAC National Sprint Car Series kicked off Kokomo Sprint Car Smackdown XI.

So it was only fitting the Princeton, Ind., racer absolutely decimated the field in Saturday night’s $15,000-to-win 40-lap finale, racing to a gaudy 4.088-second victory.

“We opened out of the box just unreal, and then I about dumped it there in that little qualifier thing,” Cummins said in victory lane.  “We just put some fresh bars in it thinking that maybe one was dead and it was a complete different race car again.”

Add on to that the fact that Cummins led all 40 rounds, collecting lap money each time around the Kokomo Speedway quarter-mile clay to rack up overall winnings of $35,000 on the night aboard the Stanton Chevy-powered Rock Steady Racing Mid-America Safety Solutions/Ultimate Predator Boats No. 3r Mach 1 Chassis.

Cummins established the quick time on both nights of preliminary action and then after suffering a flat tire while gridding for the Thursday prelim, he sliced through the field from the tail to score a runner-up finish before posting a fourth-place effort in Friday’s prelim.

It all set the stage for Saturday’s dominant performance even after surrendering the pole position to C.J. Leary in the “King of the Hill” finale that set the starting grid.

Cummins wasted little time jumping out ahead of Leary at the drop of the green flag in the Smackdown finale and after a red flag just one lap in when Brandon Mattox turned it over in turn one, Cummins checked out on the field and led the final non-stop 39 laps in uncontested and unprecedented fashion.

“We had a great thing Thursday and then we just had a third or fourth-place car on Friday and I couldn’t get anything done,” Cummins explained.  “I was kinda bummed out going into tonight, then I just put the faith in my guys to make some changes to get this thing comfortable again because for the first night-and-a-half this thing was on kill.”

In the distance, Leary fought off Jake Swanson in the mid-stages to hold on to the runner-up position aboard the Michael Motorsports Kodiak Products No. 77m.

“The 3r was really good, I was hoping for a late caution because I felt like our car was getting better,” Leary commented.  “They were the best car all weekend and that’s why they’re in victory lane.”

After starting eighth, reigning series champion Brady Bacon worked his way forward throughout and battled past Swanson in the final handful of laps to snare the show position in the Hoffman Racing No. 69.

“Kyle has a really good car here and probably got out to a huge lead and without a caution we weren’t really going to be able to do much there,” Bacon explained.  “I wish we could have had a caution to maybe see what we had, but he was gonna be tough to beat regardless.”

Swanson finished off a strong weekend in fourth with Robert Ballou rounding out the top five. 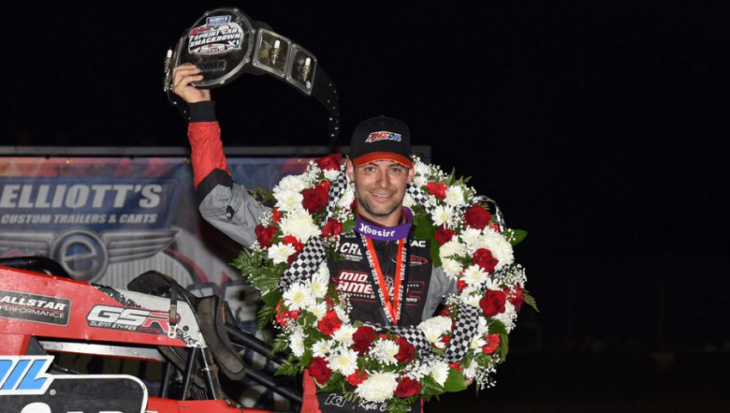