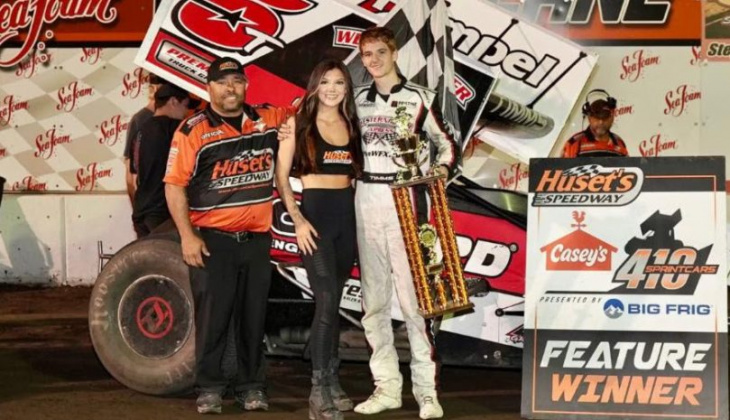 Timms led the final nine laps of the 25-lap Casey’s 410 Sprint Cars presented by Big Frig main event for his third feature win of the season at the track — the most for any driver in the division this season.

The margin of victory was only .441 seconds over championship points leader Matt Juhl, who led the first 16 laps before finishing with a runner-up result. Kaleb Johnson placed third with Mark Dobmeier ending fourth and Austin McCarl fifth.

Werkmeister put on an impressive performance to charge from 11th to score the trip into the Winner’s Circle during the 20-lap Wyffels Hybrids RaceSaver Sprint Car Series A Main.

Jared Jansen passed Blaine Stengenga, who led the first dozen laps, on lap 13 before Werkmeister took over the top spot on lap 15. Jansen held off 12th-starting Jacob Hughes during the second-place effort. John Lambertz rallied from 15th to fourth and Lee Goos Jr. rounded out the top five.

Keyword: Timms Gets Another One At Huset’s