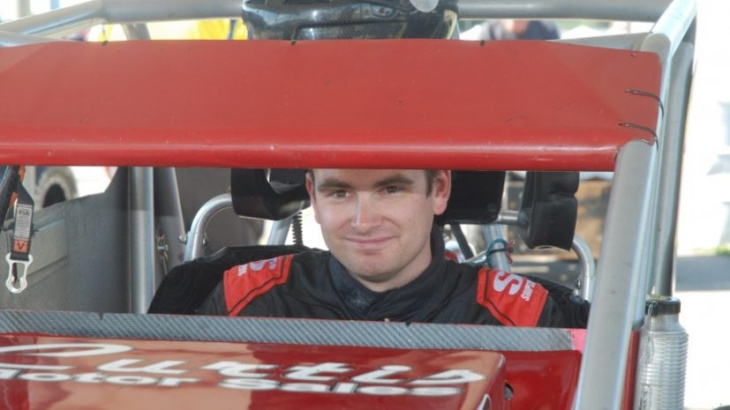 Roahrig set fast time during qualifying for the 500 Sprint Car Tour event and started 10th in the 30-lap feature.

Roahrig climbed to the fourth spot after 15 circuits and then passed both Armstrong and Kody Swanson to move up to the second spot from fourth on lap 21.

The caution flag waved on lap 23 when Doug Fitzwater spun in turn two which set up a seven-lap run to the checkers.

Billy Wease was on the point after taking the lead from Dakoda Armstrong with a pass on the back straight on lap 21.

With Wease on the point he was chased on the restart by Roahrig, Armstrong, Swanson and Russ Gamester.

Roahrig looked inside of Wease on lap 26 but fell back when the car wiggled in turn four.

On the final lap Roahrig got a great run off the back straight and was able to get underneath of Wease entering turn three for the win.

It was Roahrig’s second win with the 500 Sprint Car Tour presented by Auto Value and Bumper to Bumper auto stores.

“With two to go, I thought we would end up second,” Roahrig said. “I think the lapped car held him (Wease) up and I got a good run down the back straight.

“Going into turn three I thought I would either spin or make the race,” he said.

Wease said there wasn’t anything he could have done differently to hold off Roahrig.

“I got off held back coming out of turn two and Tyler got a good run down the back straight,” he said. “To start nineth and finish second was a good run.”

“I gave it everything I had working my way up from eighth,” he said.