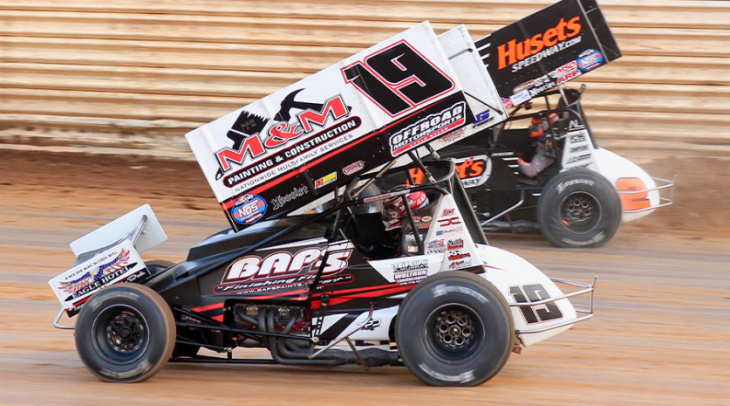 However, with numerous drivers having reached the 50-start plateau and dropping their worst finishes, the gap among the top three drivers is closer than it’s been all season.

Justin Peck ranks third with a 4.860 average finish in a national-best 62 races. Anthony Macri and Brad Sweet round out the top five.

Mark Dobmeier has moved into the lead in the Great Plains region and Trey Starks moved to the top of the heap in the Northwestern region.

It was the busiest weekend of the season, with 24 winged 410 features run.

One hundred and 22 have combined to win 296 features run this season.