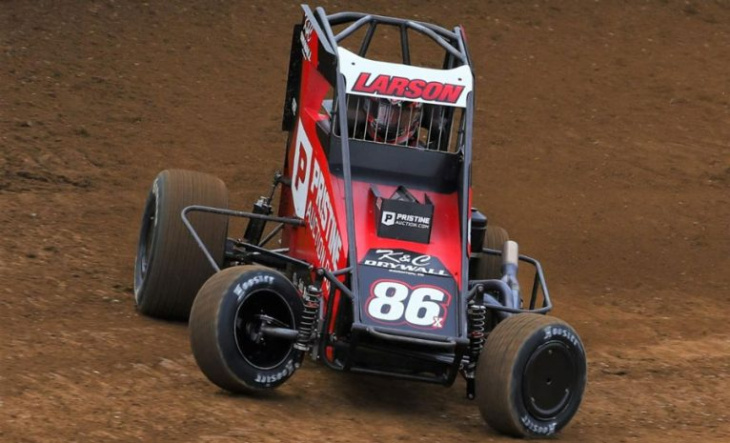 Larson will attempt to become the first multi-time winner of the USAC NOS Energy Drink Midget National Championship event on August 3-4 at The Dirt Track at Indianapolis Motor Speedway.

The remaining driver lineup for the Driven2SaveLives BC39 includes 84 other entries.

Larson is one of five entries from the CB Industries shop who are entered for the BC39, along with USAC Triple Crown champion Chris Windom, top series Rookie Mitchel Moles and fellow first year full-timers Jade Avedisian and Jace Park.

The event field consists of drivers hailing from all corners of the United States, including North Dakota, Texas, California and Pennsylvania. Among the Pennsylvania contingent entered for the event is USAC National Midget feature winner Steve Buckwalter in the family-owned No. 25.

They’ll all be joined by the likes of inaugural BC39 winner Brady Bacon, USAC Triple Crown champions J.J. Yeley and Jerry Coons Jr., along with fellow USAC national champions Tyler Courtney, Justin Grant, Buddy Kofoid, C.J. Leary and Logan Seavey, along with many, many more.

The BC39 officially gets underway on Tuesday, August 2.