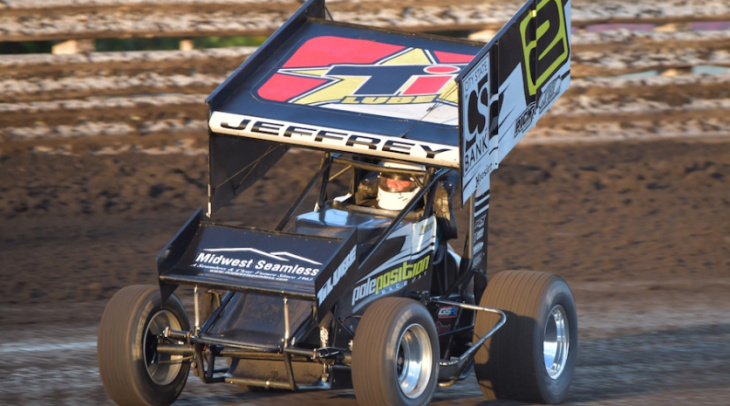 Jeffrey accumulated 490 out of 500 possible points during Friday’s preliminary program to have the high point total over two nights of qualifying action.

“It’s good news (being the high point driver),” said Jeffrey. “I can’t believe it. I didn’t even have a motor this morning. I didn’t know, but Jody Hegwood loaned us one (driven by Devin Kline). They were kind enough to take it out of his car and put it in mine for the night.  It’s a really good motor. I’m pretty excited. Sitting on the pole of the 360 Nationals is definitely a feather in the cap. We’ll just try and get it finished off.”

The next three starting spots are occupied by drivers who have won the 360 Nationals, with Clint Garner starting third, Terry McCarl fourth and Brian Brown fifth.

Reigning NOS Energy Drink Knoxville Nationals champion Kyle Larson will start 16th for the 30-lap event that pays $15,000 to win, plus $500 to lead every lap.

Tonight’s start time has been pushed back to 7:45 CT because of a heat advisory.