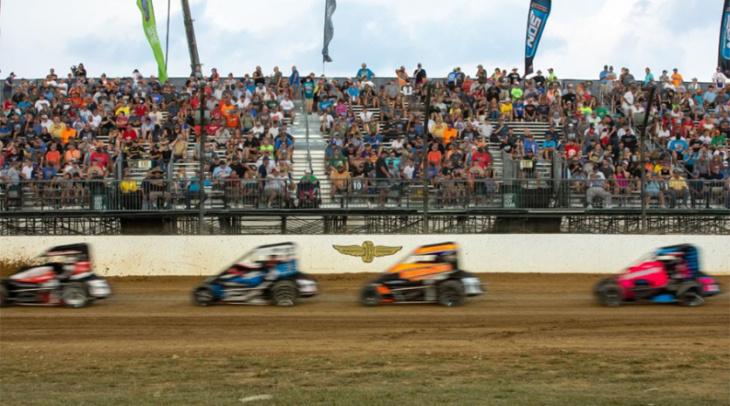 SPEEDWAY, Ind. – The heat race lineups are set for the opening night of the Driven2SaveLives BC39 Presented By WeatherTech on Wednesday, August 3.

Lineups were handpicked by the driver themselves, or by a team representative, during a heat race draft on Main Street in Speedway, Ind. on Tuesday night.

While the heat races during the fourth running of the USAC NOS Energy Drink Midget National Championship event on The Dirt Track at Indianapolis Motor Speedway will be paramount, the battle for points will be just as essential and filled with pressure.

Each car in each of the ten 10-lap heat races will gain points based on passes and their finishing position, which will determine starting position in the qualifying races on Thursday night.

Points for the heats will be accumulated by finishing position and total number of positions gained or lost.  Cars will be positioned into qualifying races Thursday based on the “passing points” accumulated in Wednesday’s heats.

Wednesday night’s festivities will conclude with The Stoops Pursuit race, a 25-lap race split into five-lap segments. The field will include 24 starters – heat race winners plus the highest point earner in each heat are eligible, along with promoter’s options.

The starting lineup for the pursuit is inverted by fastest heat race time, with promoter’s options starting at the rear.  Every five laps, USAC will throw a competition flag, and cars with a net loss in position will be called to exit the track. A checkered flag ends the final segment, with the winner earning $1,500 plus $100 for each position gained.

To see the full lineup, turn to the next page.