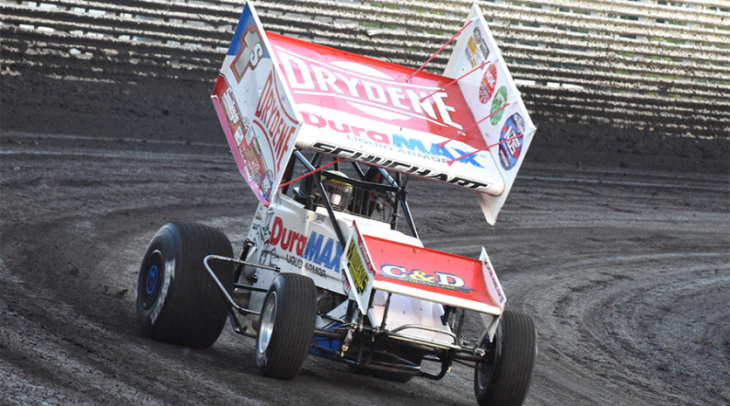 KNOXVILLE, Iowa — Logan Schuchart has come oh so close to claiming one of sprint car racing’s crown jewel events and this year’s 61st running of the Knoxville Nationals presents a prime opportunity for him to finish the job.

Since 2019, Schuchart has posted runner-up results in three of the sport’s most races — the Knoxville Nationals and King’s Royal in 2019 and the 2021 National Open at Williams Grove Speedway.

The Shark Racing driver has experienced plenty of success over the course of his nearly decade-long tenure on the World of Outlaws NOS Energy Drink Sprint Car tour. The Hanover, Pa., native owns a handful of memorable wins, including a $50,000 triumph in last year’s Jackson Nationals, but he’s hungry to add a victory that would help cement his place in history.

“I feel like I really need one of those crown jewels to my name,” Schuchart told SPEED SPORT. “We’ve won big races. We’ve won $50,000 to win shows a few times. We’ve won over 30 World of Outlaws races, but I’m just missing a crown jewel, so I’m hoping we can make that happen for myself and my team and really make a statement. It couldn’t happen at a better place than the Knoxville Nationals.”

History suggests Schuchart should be among the favorites this week.

The 29-year-old has improved considerably at the Sprint Car Capital of the World. His first 13 Outlaw starts at the half-mile produced two podiums, three top-five finishes and eight top 10s with a 10.5 average finish. The 14 starts he’s made since have yielded eight podiums, 10 top-five efforts and 13 top-10 runs with a 4.6 average finish.

Among those top-five runs are the 2019 Nationals second-place effort in which he charged from 22nd and a fifth-place result last year at the Nationals. 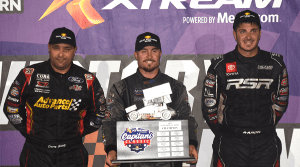 On Sunday night, Schuchart delivered a masterful performance at Knoxville’s Capitani Classic. Schuchart took the early lead only to have Donny Schatz pass him with less than 10 laps to go, but Schuchart refused to back down from the 10-time Knoxville Nationals champion and drove back around him for the victory.

Schuchart points to more laps, learning and a diligent supporting cast as catalysts for his elevated performance at the historic half-mile.

“Experience helps, for sure,” Schuchart explained. “Anytime you have a notebook when you go back to a place you’ve been before, you can write down what you did and kind of back yourself up a little bit and help yourself with experience and going back again. I am older, too, and more experienced as a driver so that helps.

“I’ve got a great team behind me,” Schuchart added. “Ron Helmick and Todd Berkheimer work really hard to give me a good car and make me feel confident when I am in the race car. My grandfather (Bobby Allen) is almost 80 years old, but he’s always thinking about race cars, always thinking about how to be better.”

The adjustment has, by no means, been easy as Knoxville offers some of the trickiest track conditions in racing, a difficult puzzle to solve for any team.

“Knoxville is definitely technical,” Schuchart noted. “You have to hit your line. What Knoxville is known for is its very slick where it is slick, and if you miss the bottom, you better be making your way to the top very quickly. It’s just very technical as a driver. You can have a good car but still make mistakes as a driver and lose five car lengths or worse on somebody in one corner.”

While learning the black clay is a difficult process, Schuchart notes the track has climbed his list of personal favorites as he’s continually gotten acquainted.

“I really like it for that reason,” Schuchart said of Knoxville’s track conditions. “It’s one of my favorite tracks for that reason in that you can make up time. We started 22nd at the Nationals in 2019 and worked all the way up to second. I think it’s a very good track and if you’re able to do that against the quality of cars that you have at the Knoxville Nationals, it says a lot about the facility and the race track.”

If Schuchart were to claim Saturday’s $175,000-to-win main event, it would not only be his biggest victory to date, but it could also serve as a substantial momentum boost that he and the No. 1s team could use moving forward.

They currently are sixth in Outlaw points with a win, 20 top fives and 32 top 10s through 47 starts.

On the bright side, two of Schuchart’s top-five runs came when the Outlaws visited Knoxville for a pair of nights in June, and he’s fresh off the Cappy triumph. And Schuchart’s recent record at the famous facility coupled with his desire to add one of the sport’s biggest races to his résumé have equipped him with hope entering the week.

“We haven’t had the season we would’ve like with the World of Outlaws,” Schuchart acknowledged. “But we were good when we went to Knoxville in June. We ran second one night. It felt really good and I think we’ll be good when we get to go back.”