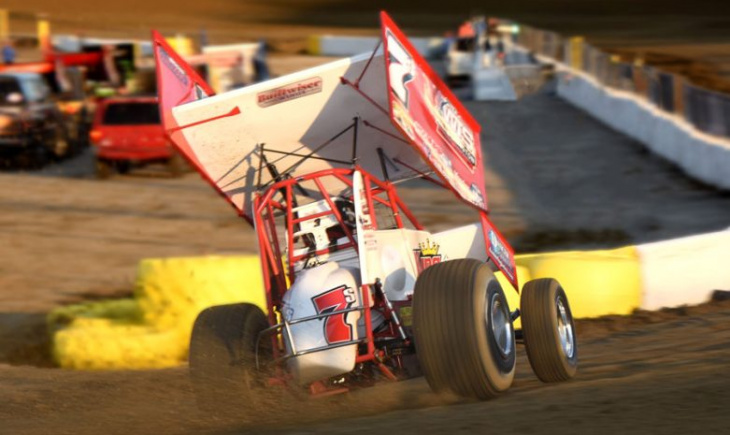 With more than 1,200 World of Outlaws NOS Energy Drink Sprint Car Series feature starts on his résumé, Jason Sides is struggling to find his footing outside of the cockpit after a nagging hip injury forced the 49-year-old racing veteran to take a hiatus from driving.

“It’s pretty tough,” Sides responded when asked about watching someone else drive his No. 7s sprint car during what he hopes will be a temporary break. “I’ve had different ones — (Tim) Kaeding and (Tim) Shaffer both drove for me. I was still racing at the time, so it wasn’t nearly as bad as me sitting on the sidelines watching the car go around the track.”

According to Sides, safety played a key role in his decision to put another driver in the race car while he waits to have his damaged hip replaced. The surgery is scheduled in October.

“Every time I got in and out of the car it hurt so bad that it would take me a long time. If something did happen — catch on fire, get in a bad crash — it was not going to be easy to get out,” Sides told SPEED SPORT.

“I’m just being smart about it and I’ve put somebody else in it who can learn from it and keep our car out there with the Outlaws to honor our platinum agreement. That way, when I get healed up, I can come back at Volusia next year and be ready to go.” 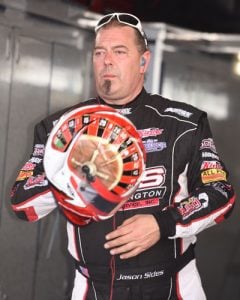 The issue with Sides’ hip has been getting progressively worse over several years.

“A while back, I talked with my doctor and showed him what was going on,” Sides recalled. “He basically said, ‘You’ve got arthritis in your right hip.’ It started after taking a pretty bad crash in Minot, S.D. I hurt my tailbone and my hip. The tailbone kind of fixed itself, but the hip has always been kind of aching and getting worse and worse.

“It’s been aggravating for three or four years, the last two years it’s gotten worse. You can be walking along and sometimes it damned near wants to stop working and it feels like your leg is going to come out from under you.

“I went back to the doctor this year and he said, ‘You’re still too young to get a replacement,’ so I went and saw another guy — a hip and knee specialist. He said, ‘Oh yea, you definitely need to have your hip replaced.’” Sides continued. “When they look at the left side, it looks fine, it looks normal. But the right hip has no cartilage left between the bone and the cup that it’s in.

“From that point, it all snowballed into that I might as well look for someone now, put someone in the car for the rest of this year so I can get myself fixed and maybe come back next year.”

The doctor has told Sides to expect a six-week recovery following the surgery.

“The doctor’s saying it can take up to six weeks,” Sides noted. “He says between two and four weeks I’ll have pain, and after six weeks I’ll be pain free and completely back to normal.”

At that point, the longtime racer from Bartlett, Tenn., will have to make a decision about his future.

“It will all depend on how well I feel,” Sides said. “If it’s to the point everything feels great, I’m healthy and have all of the movement I used to have, more than likely it will be just my one car and myself next year. If something changes, I might just keep someone else in it. But as it stands right now, the plan is to get back in it myself full time.”

A 15-time World of Outlaws feature winner, including the 2004 Kings Royal at Ohio’s Eldora Speedway, Sides started his career in motocross and has been chasing the Outlaws circuit since he was the series’ rookie of the year in 2003.

“I raced motocross for 10 years,” Sides said about his early years in racing. “We had a motocross track, and the local announcer came to the track and spoke to my dad about the Motorsports Park there in Memphis. They ended up leasing that and we built a motocross track there between the go-kart track and the sprint car track,” Sides explained.

“We had that for a while and we worked there — (brother) Paul and I both. Paul got a sprint car in ’92 and I got one in ’93. I got mine from Dan Motter and he got his from Daryl Saucier. We started racing them in ’93 there at Memphis. Then, I spent a couple of years with the ASCS, ran the Gumout Series in ’01 and ’02 and started with the Outlaws in 2003.”

No wonder Sides is having such a tough time adjusting to life outside the cockpit — even if it is only temporary.

Keyword: Life Outside The Cockpit