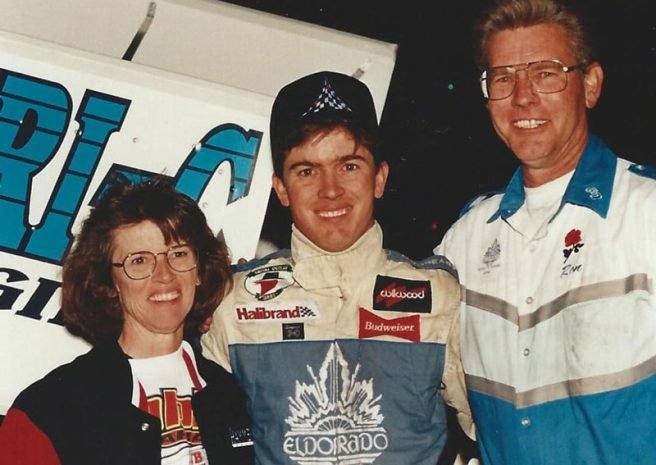 PLACERVILLE, Calif. — Paul McMahan is planning his final race as a sprint car driver and it’s going to happen at the track where it all started.

The 51-year-old California native, who calls Tennessee home, will return to Placerville Speedway on Aug. 27 to run his final sprint car race. McMahan made his first winged sprint car start at Placerville’s quarter-mile dirt track in 1987 and won his first main event later that year.

McMahan will go back in time by piloting the familiar Tri-C Machine No. 3c sprint car for his final race.

“This is something I’ve been thinking about for a while now,” said McMahan, who counts 27 World of Outlaws victories among his many triumphs. “I knew that Placerville Speedway was where I wanted to finish things up at once I was ready. Placerville is where I cut my teeth in a sprint car and got my first win at. I look forward to seeing everybody out there. It’s going to be a special night for our family.”

Originally from Elk Grove, Calif., McMahan began his racing career successfully in quarter midgets from an early age, before making the jump to sprint cars.

During his time competing in California, he finished runner up in the Northern Auto Racing Club standings on two occasions, and once piloted Clyde Lamar’s Tri-C Machine to three consecutive wins at Calistoga Speedway, leading 90 straight laps in the process.

“We’re excited to have Paul McMahan finish off his racing career at Placerville Speedway during Legends Night,” said Placerville promoter Scott Russell. “What Paul has done in his career from racing out here in California, to his many seasons with the World of Outlaws has been impressive. The McMahan family has been such a big part of the sprint car scene and we look forward to hosting #PaulsLastCall on Aug. 27.”

Jodie Robinson Is a Placerville Speedway Winner At Last

Ferrari Unveils Its All-New LMH Racer For the 2023 Season

McLaren’s Artura Trophy is a GT4 racer unleashed... that you can buy

Motorsport … and race in a “relaxed and sociable” one-make series. Which sounds lovely In case you’re not following McLaren’s every move, the Artura is the replacement for the putatively entry-level 570S – even if McLaren says it isn’t. The Artura Trophy, on the other hand, is a proper GT4 ...


View more: McLaren’s Artura Trophy is a GT4 racer unleashed... that you can buy

Ferrari‘s next-generation GT3 racer ditches the familiar twin-turbo V8 for a twin-turbo V6 powertrain based on that of the plug-in hybrid 296 GTB road car. Dubbed the 296 GT3, this car be purchased and used by customer teams to go up against GT3-homologated versions of the Porsche 911, McLaren Artura, ...

There’s a new Porsche 911 racer in town. The new 911 GT3 R has been revealed, with a 4.2-litre engine and a rear wing that’ll trouble low-flying planes. The GT3 R isn’t a road-going partner to the GT3 or upcoming GT3 RS; it’s a proper race car for customer teams ...

Selling drugs is an unusual way to fund a race team, but it worked for Randy Lanier—until it didn't.

Versus the road-going RS E-Tron GT, this is an interesting matchup.

Based on the 992 generation of Porsche’s rear-engined sports car, the new GT3 R boasts improved driveability and up to 557bhp from a 4.2-litre flat six

LFA Successor Could Miss Entire Point, Get Twin-Turbo V-8 From the LC500 Racer

Ericsson praised as the ‘best racer in the series’ by Power

Have You Seen The Italian Carabinieri’s Tracer 9 Police Bikes?

A Short Drive in VW Desert Racers Past, Present, and Possibly Future

What do you make of McLaren’s first ever Formula E racer?

The Porsche 963 is the German automaker’s latest endurance racer

Porsche's 963 is the next-gen racer designed to hunt apexes

Porsche will fight for outright victory at Le Mans with this: the 963 hybrid racer

This is an MX-5 desert racer on 27in tyres: watch new American Tuned

The McLaren Artura GT4 racer is a lightweight

What do we think of the big kidneys on BMW’s M Hybrid V8 prototype racer?