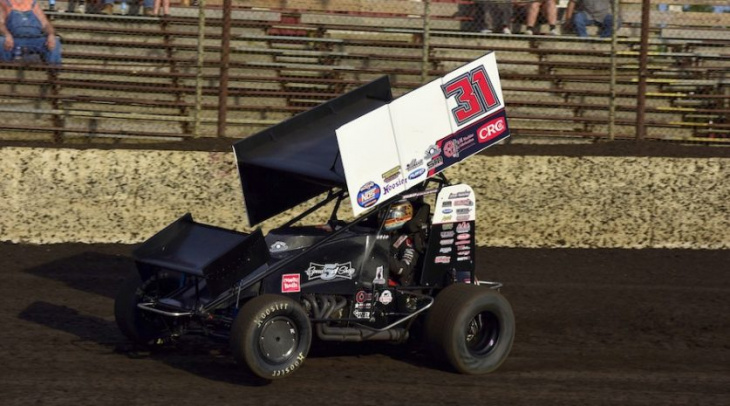 Saturday’s event served as the series’ first visit back to Macon Speedway since 2020, when Daum last bested the field.

Trevin Littleton and Daum led the field of 18 cars to green. Taking the early race lead after battling Littleton for the top spot, it was smooth sailing for Daum as he raced toward his third career series victory.

Quickly navigating through lapped traffic, Daum used the other competitors to his advantage to expand his lead over the field. Trevin Littleton, while running second, became victim of circumstance to bring out a yellow flag after colliding with Caden Englehart on lap 14. Littleton rejoined the field before retiring early after spinning once more on lap 18.

Daum led back to green and continued to hold control over the field. Slater Helt inherited second after a 360-degree spin from Paul Nienhiser who dropped a few positions in the incident. Once more, a yellow flag was thrown over the field with five laps remaining with Jeremy Standridge slowing atop turn two.

A last-ditch effort on the ensuing restart allowed Helt to pull up to Daum’s rear bumper but he was unable to capitalize. Daum cruised to victory for his first victory of the season. Slater Helt, Cory Bruns, Brent Crews and Jacob Patton rounded out the top five.