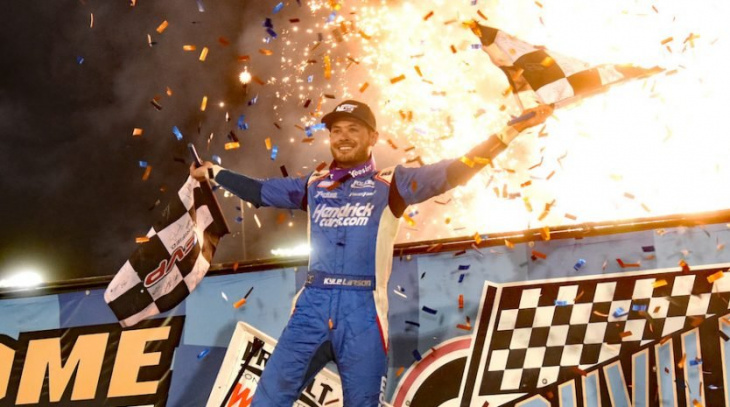 Larson drove Paul Silva’s No. 57 to victory in the 60th running of the event last year and will be back aboard the machine looking for his third straight August victory at the half-mile track. Larson also won the One-And-Only during the pandemic plagued 2020 season.

The top drivers in points through the two qualifying nights are locked into the front eight rows for Saturday’s 50-lap, $175,000-to-win main event.

Larson tuned up for the Nationals with a victory in Monday’s Sage Fruit Front Row Challenge at Southern Iowa Speedway.

Brad Sweet, who won the Nationals in 2018, turned in a dominant performance to win last weekend’s Ironman 55. He’ll be among those to beat on Thursday.