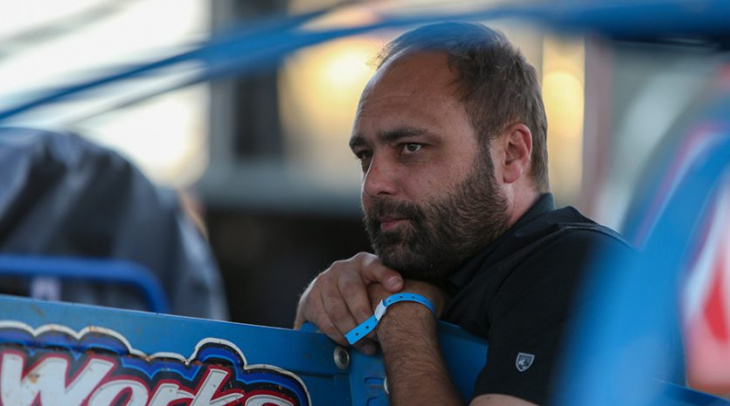 BROWNSBURG, Ind. – The No. 15 Tony Stewart/Curb-Agajanian Racing is a familiar entry in the Knoxville Nationals, but race fans may notice a change from its familiar yellow and black scheme as Donny Schatz hits the track on Wednesday, August 10.

Paying tribute to the independent spirit and history-rich story of Carquest Auto Parts, the No. 15 will carry a retro red, white and blue paint scheme that boasts the brand’s original 1974 logo. Carquest is an automotive parts retailer in the Advance Auto Parts family of brands. 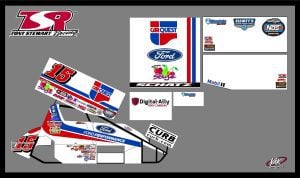 Both the brand and the TSR team will pay tribute on-track carrying the retro scheme, which was inspired by Carquest’s 1984 Indianapolis 500 entry driven by Jerry Sneva. The scheme also sees influence from the brand’s entry into iRacing earlier this year when it was announced that Carquest would sponsor the iRacing World of Outlaws Sprint Car Series.

“We’re thrilled to feature Carquest on Donny’s car for one of the biggest motorsports events of the year,” said Junior Word, President, Carquest North America. “Carquest is a brand with winning heritage, thanks to our family of independent owners serving communities across the United States. Our team is proud to showcase the original Carquest logo at the Knoxville Nationals in respect to both our independent owners and customers who have been loyal to our brand over the years. We’re proud to support Tony Stewart Racing and Donny as they look to continue their winning tradition in Knoxville.”

Beginning with his preliminary night of racing at Knoxville Raceway, 10-Time event champion Schatz will attempt his 27th straight Knoxville Nationals event start, which would be the longest attempt streak of modern-era drivers.

Schatz’s impressive event stats include winning streaks from four in a row from 2006 to 2009 and five straight from 2011 to 2015. Schatz has also finished first or second in the Knoxville Nationals 18 times in 21 years.

One of his most impressive event wins came in 2013 when he won the B-main and charged from 21st to his seventh event triumph. That was the deepest starting spot in the field for any Knoxville Nationals winner to-date.

“I’m looking forward running the Carquest retro scheme this week at Knoxville Raceway,” said Donny Schatz, 10-Time Knoxville Nationals Champion. “The Knoxville Nationals is such a historical event and a cornerstone of our sport that it’s always a good way to recognize our partners with a special paint scheme.

“My family and I are also independent business owners, and we can relate to the spirit of entrepreneurship and competition that the Carquest store owners possess. It’s also always fun to run a paint scheme that has some historical symbolism for a race like the Nationals. It adds to the event outside of the on-track competition aspect too. I’m proud to be part of the Advance Auto Parts and Carquest family and we’re looking forward to chasing our 11th Knoxville Nationals title this week.”