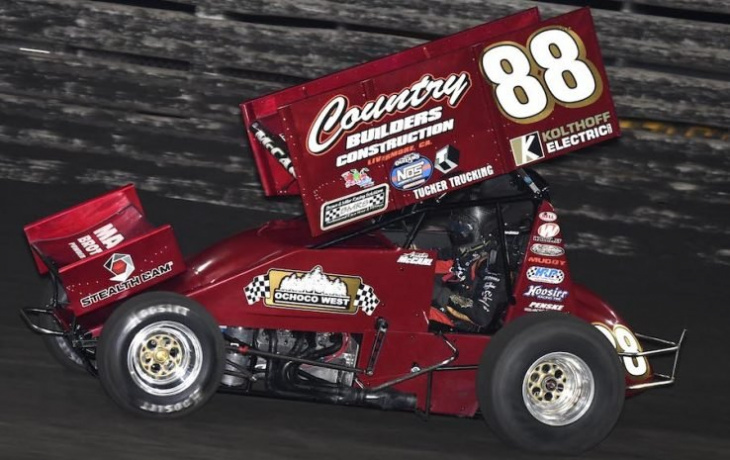 KNOXVILLE, Iowa — In what was one of the most unusual weeks of qualifying in the 61-year history of the Knoxville Nationals, the combined points from the two preliminary fields revealed an extremely interesting field.

The top 16 drivers in points are locked into Saturday night’s 50-lap, $175,000-to-win main event led by former Knoxville Raceway champion Austin McCarl, who finished fourth on Thursday and earned the most points, giving him the pole for Saturday night.

Donny Schatz and David Gravel, who tied atop Wednesday’s points, will share the second row with 469 points each.

Brent Marks, who swept the Kings Royal and the Historical Big One at Eldora Speedway last month, will start seventh, with now part-time racer Daryn Pittman earning the eighth starting spot in his return to Mike Heffner’s Pennsylvania-based team.

Brad Sweet, the 2018 Nationals winner, and J.J. Hickle, who qualified for his first Nationals main event, will share row five.

Gio Scelzi, Logan Schuchart, who became the first driver to win a preliminary night feature and not be locked into Saturday’s main event, Lynton Jeffrey and Zeb Wise were 16th through 20th in points.