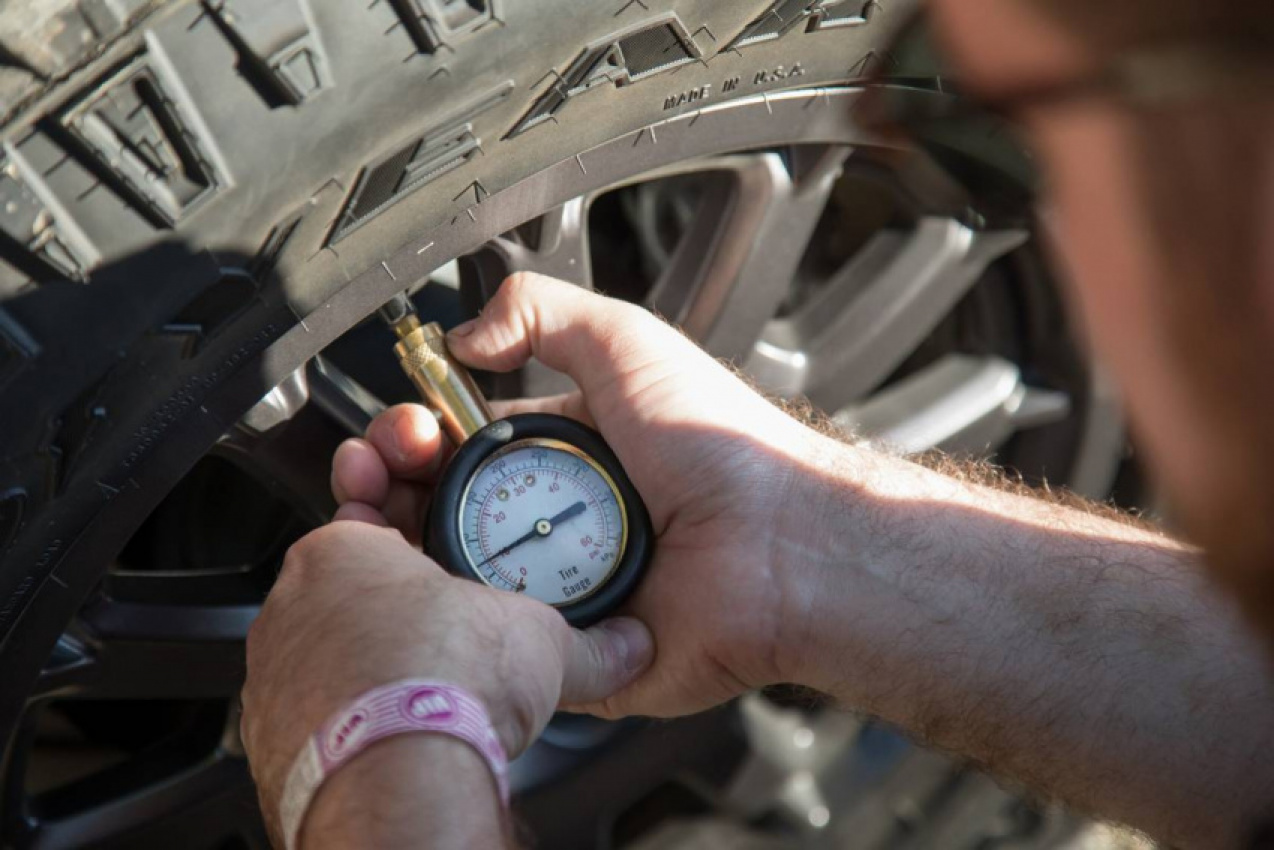 Tires that are overinflated tend to wear faster in the center part of the tread because the center of the tread will bulge out when too much air is added. This will cause the center of the tire to carry more of the vehicle’s weight than the edges. Overinflation can also make the ride stiffer and reduce traction because the vehicle’s weight isn’t evenly distributed across the tire-to-road contact patch. Worse, it can make the tire more prone to blowouts and damage from potholes and road debris because the tire doesn’t flex as much as it normally could if it’s overinflated.

So, what exactly counts as overinflated? That’s tough to pinpoint.

Most newer vehicles have recommended tire pressures listed on a sticker affixed to the driver’s door pillar; it’s also listed in the vehicle owner’s manual. It’s usually recommended that tire pressure be checked cold, which typically means first thing in the morning, as that’s usually the coolest part of the day and when the tire has been sitting for a while.

A general determination of how much temperature affects tire pressure is the 2-for-10 rule: 2% of pressure for every 10-degree change in temperature. This rule applies whether the temperature is going up or going down. Usually, you hear about it being applied when temperature drops in the winter, causing a corresponding drop in tire pressure that then illuminates the vehicle’s tire pressure warning light.

Typically, the light will illuminate when pressure drops by about 25%. But it also works in reverse: Tires filled to the proper pressure in the winter will likely be overinflated the following summer. However, because tire pressure is expected to rise as the tire warms up through a combination of daytime temperatures and driving, the light may not illuminate when the tire is overinflated.

What Counts as Overinflated?

As mentioned, the recommended tire pressure is normally listed on a decal affixed to the driver’s door post and can also be found in the owner’s manual. Note that some cars may have different pressures listed for the front and rear tires, and may also have higher pressures listed when carrying a load.

What happens if you exceed this maximum pressure? It’s hard to say — and may vary by tire — but it’s probably safe to say you don’t want to find out.

Keyword: What Happens if My Tires Are Overinflated?