Fast and powerful as they are, the most extreme versions of BMW’s latest M cars might leave some old-school fans cold. Sure, the 2022 M3 Competition can blitz practically any street or track, but die-hard M devotees chase involvement, not just lap times. Hence why the so-called analog M cars are becoming desirable collectibles. However, a few bargains are still around, like the 2002 BMW E46 M3 Coupe currently listed on Bring a Trailer. 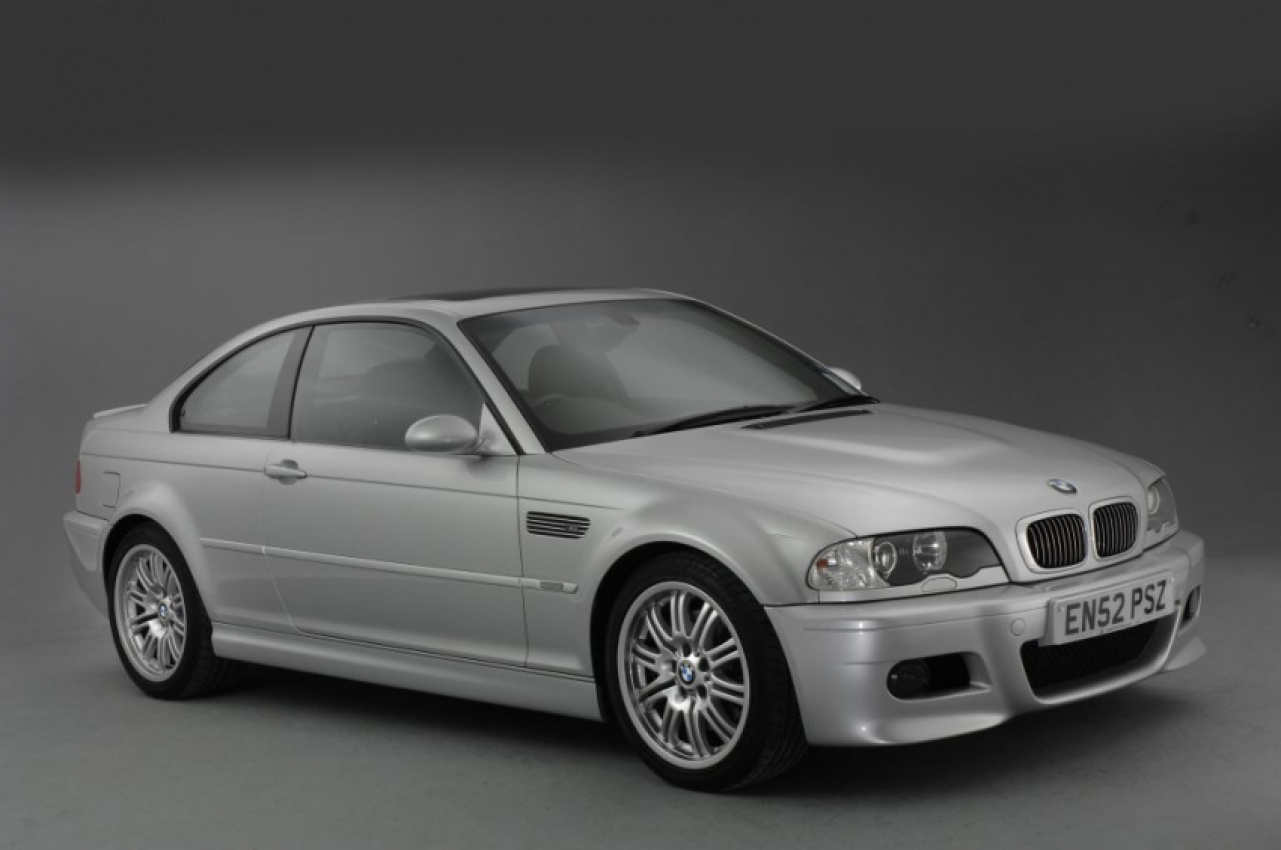 BMW fans often call the 1990s and early 2000s the brand’s golden era, and for many, the E46 M3 is its pinnacle. No, the third-gen M3 isn’t a hardcore track weapon like the OG M3. However, BMW built it using lessons learned from the E30 and the second-gen E36 M3. And the result wasn’t just a sports sedan/coupe, but “the BMW M3 formula perfected,” Road & Track says.

Although the E46 M3 didn’t have access to the Competition Package in 2002, it didn’t need it to be stellar. Under its aluminum hood is a 7900-rpm inline-six that’s a smooth, yowling metallic terror of an engine. Unlike its modern turbocharged descendants, the S54 doesn’t make a ton of torque down low, so you must rev it out. But considering how satisfying it sounds to do so—thank the six individual throttle bodies—that’s not a problem.

The other satisfying thing? How this car handles. The E46 is arguably the BMW M3 where handling and chassis balance prevailed over sheer speed, R&T muses. That’s thanks to things like its model-specific cast-aluminum suspension components and the unique rear subframe for the M limited-slip differential. In addition, BMW fitted quad exhaust tips, wider fenders, different grilles, and stiffer shocks, as well as numerous other chassis tweaks. And the 2002 BMW M3 did get a standard front strut-tower brace.

Admittedly, the E46 is one of the stiffest-riding BMW M3 models, R&T reports. But its standard M sports seats are well-bolstered yet comfortable and by 2002 GPS navigation was available. And though it’s not the most pliant sports car, it’s still a stellar daily driver.

BMW only offered the E46 M3 as a coupe or a convertible; today, we’d call the former an M4. The 2002 BMW M3 currently listed on Bring a Trailer is a Coupe—a manual Coupe, no less. And good news for those living around pockmarked roads, it wears the standard 18” alloy wheels, not the optional 19” ones.

Besides the wheels, this 2002 BMW M3 Coupe has a Harman Kardon audio system, automatic climate control, bi-xenon headlights, and Nappa leather upholstery. It also has a glass sunroof, fog lights, dynamic stability control, and rain-sensing wipers. Furthermore, the seller just ceramic coated it and performed a paint correction service. Also, a previous owner repaired and repainted the bumper; they replaced the headliner as well as the A-, B-, and C-pillar trim, too.

Although this 2002 BMW M3 Coupe has just under 99,000 miles on the clock, it’s in solid shape. Plus, it has a clean, zero-accident history and plenty of service records. Speaking of service, the seller changed the oil in preparation for the sale. And a previous owner changed the S54’s rod bearings at 30,000 miles.

This BMW E46 M3 is an appreciating near-classic sports car, but is it a reliable one?

As of this writing, this 2002 BMW M3 Coupe is listed at $19,169 with three days left in the auction. Considering it originally cost $53,095—that’s roughly $84,850 in today’s money—that’s a considerable savings. And a clean daily-driven example like this usually costs around $25K-$30K, CarBibles says.

Now, since this is still a used BMW sports car, a pre-purchase inspection is recommended. It’s also worth noting that E46 M3 maintenance can get expensive, especially if you go to a dealer. Plus, the S54 has solid valve lifters, so regular valve adjustments are required.

However, if it’s maintained well, a manual BMW E46 M3 like this 2002 M3 Coupe is one of the most reliable M cars. A previous owner already addressed the rod bearings, meaning the only major issues left are the water pump and VANOS system. And both of those are fixable. Some owners report jiggling windows due to loose retention bolts, CarBibles notes, but this car doesn’t appear to have that issue. Also, the rear subframe doesn’t crack nearly as much as some fear.

In short, this 2002 BMW M3 Coupe has the hallmarks of a cared-for daily driver that’s not so nice to worry about potential nicks and chips. Also, it’s an affordable E46 M3, something that’s becoming hard to find these days. If you’re an old-school Bimmerhead, it might be worth considering.