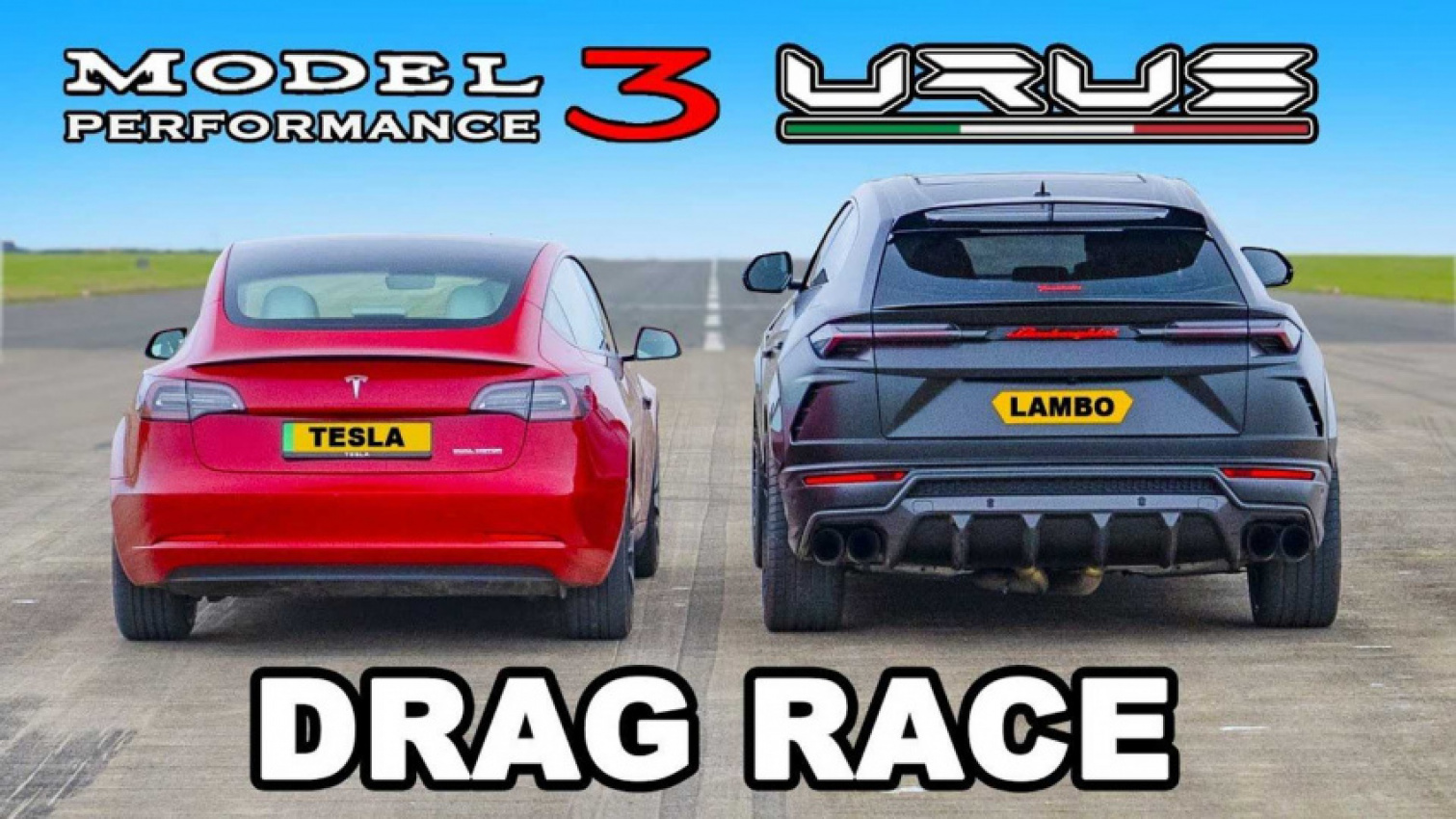 Will we ever get tired of seeing high-power ICE performance vehicles being drag raced against seemingly slower EVs that beat them or at least put up a great and often unexpected show? Probably not, especially if they are as close and exciting as this set of races between two unlikely rivals: the Tesla Model 3 Performance and the Lamborghini Urus.

Carwow set up this drag race and we are told from the onset that these two vehicles have very similar quarter-mile times (although the Urus is still quicker on paper, especially in longer races), and this is immediately reflected in their real world performance. For the first run, the Lambo gets a bad start, but it still ends up a whisker ahead of the Tesla Model 3 by the end of the run – it would have been nice if they were timed; the difference between them was minute.

For the second run, the Urus gets a good start and has no trouble showing its back to the Model 3. This is the real difference between the vehicles when both have an ideal start (and you can get one of those in the Tesla every time).

In the rolling race from 30 mph, the Tesla really gets the jump on the Lamborghini, which actually kicked down into first gear, so it initially bogged down. However, once it gets into its stride, it again has no problem beating the Model 3. It’s only in the braking test that the EV wins against the V8 SUV, although only by a very small margin.

Supercars Time to configure your perfect V10-engined off-road supercar. What a day… For those that like their supercars with a little more suspension travel, the last couple of months have been very exciting indeed. You no longer have to drive your extremely-open Ariel Nomad in the depths of winter, and ...