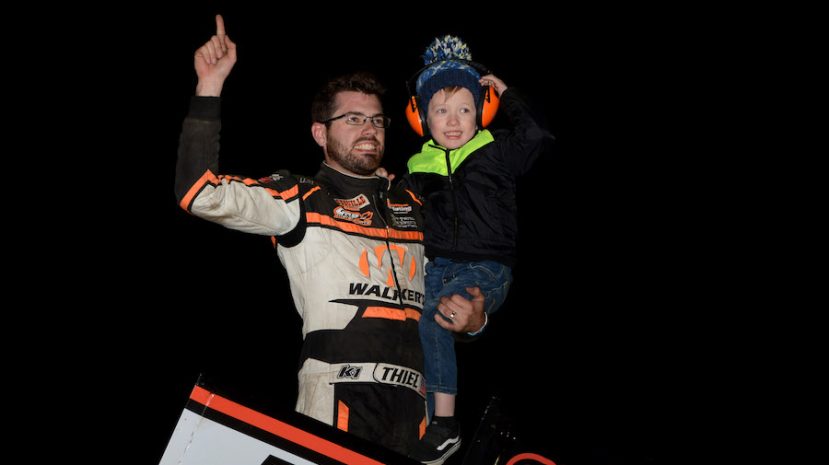 The program marked the return of 410 sprint cars to the third-mile dirt oval for the first time in 35 years.

Starting on the outside of the front row of the 25-car field, the 30-year-old speedster from Sheboygan, Wis., led from flag-to-flag in his Gibbsville Cheese Co./Walker’s Protect It or Lose It-sponsored winged sprinter.

The event’s fastest qualifier, Thiel was pretty much in control the whole race that was slowed by four caution periods. Every time green flag racing returned, Thiel would jump back on the throttle and build another comfortable lead margin.

“The yellow flag helped a little bit,” said Thiel.  “I was slowing down too much in traffic before that last caution.  I got behind one guy.  He was a fast lapped car so I couldn’t try and slide him and kill my speed.  He was going just good enough.  I kept thinking I had someone behind me but I think it was just traffic echoing off the wall.  The car was a rocket ship.”