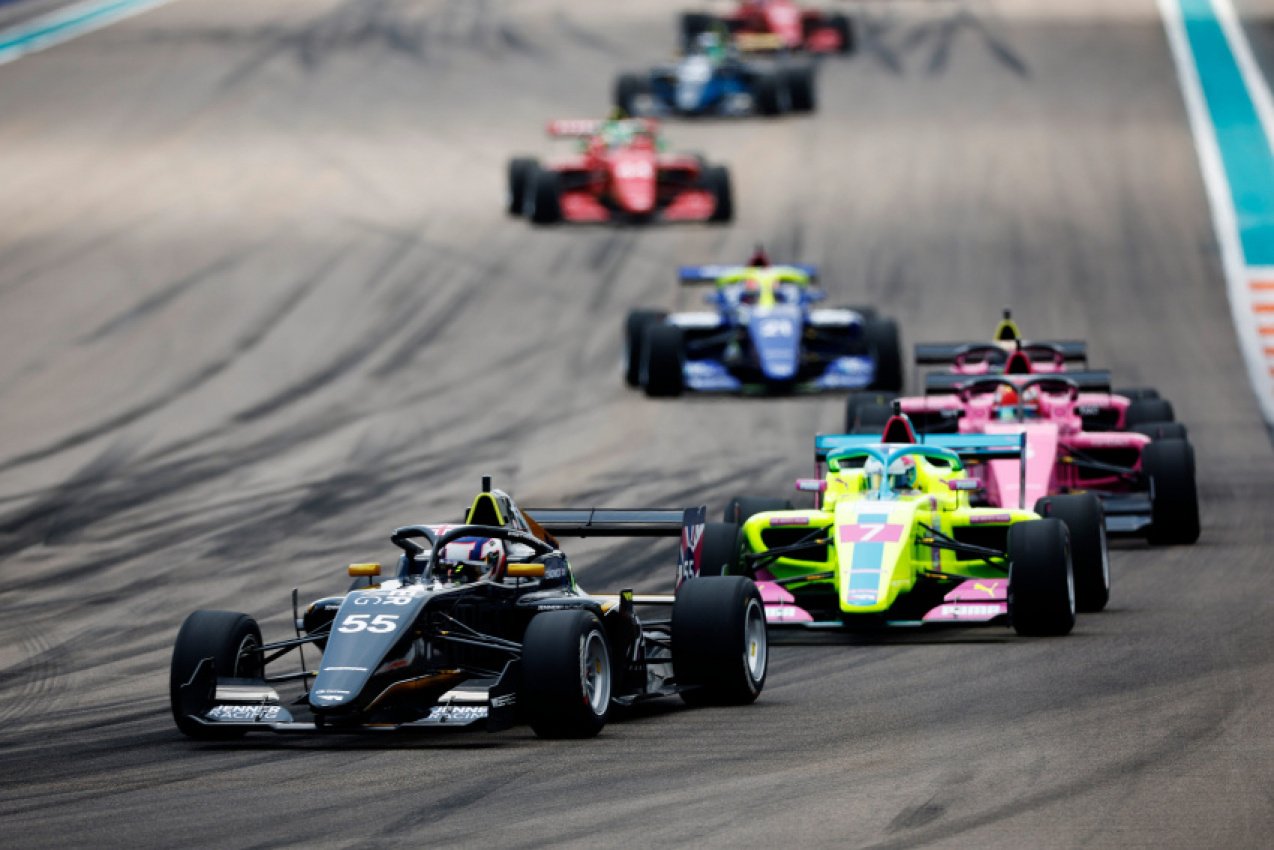 The only American driver, Chloe Chambers, finished seventh, after starting 10th in the 18-driver race. She was one of five drivers making W Series debuts. Both Chambers and Chadwick, who will start on the pole for Sunday’s race, drive for Jenner Racing, backed by Olympic gold medalist Caitlyn Jenner. 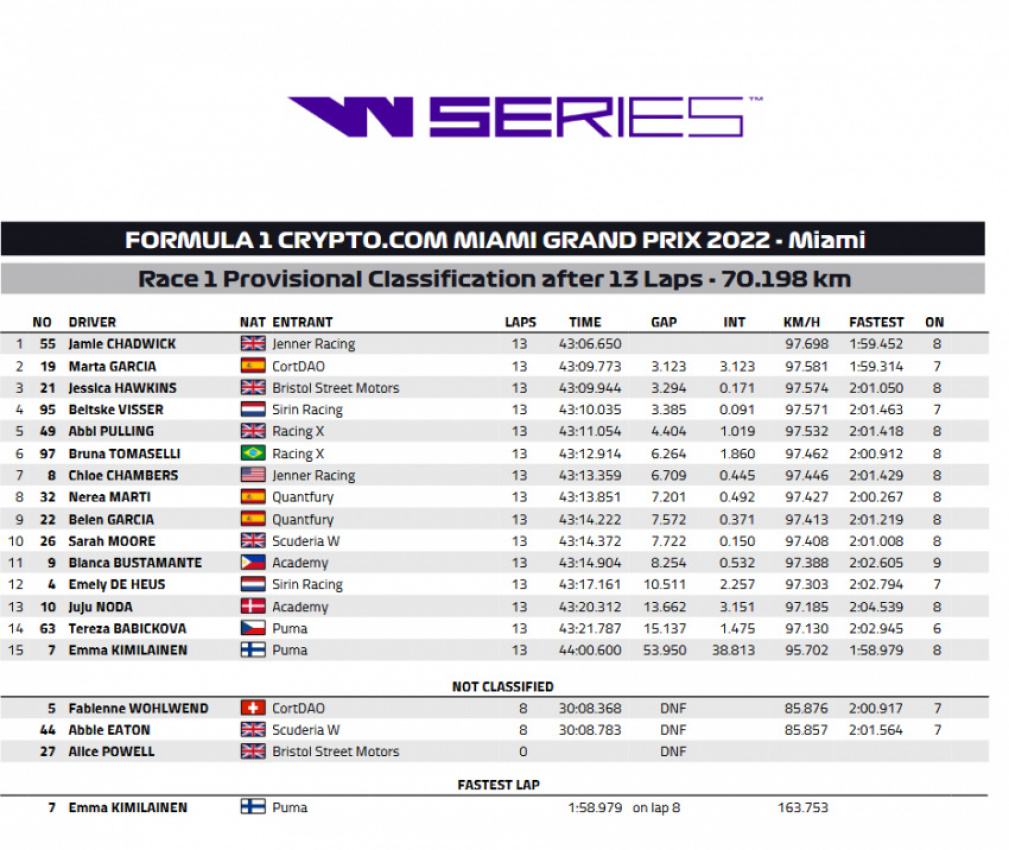 The race featured two safety car periods and a red flag when Alice Powell hit the wall in Turn 8 on the first lap. The race was restarted with 15 minutes left. Chadwick held the led much of the race with Emma Kimiläinen grabbing the top spot just prior to the races second safety car for an incident involving Abbie Eaton and Fabienne Wohlwend who made contact in Turn 4.

By the time cleanup was complete, the 30-minute race clock had expired leaving a one laps shoot out. Chadwick took the lead from Kimiläinen at the exit of turn 1; Garcia followed for second. Kimiläinen tried one last move on Garcia at Turn 17, the two made contact and Kimiläinen spun. Garcia held onto second, Hawkins inherited third.

“I don’t know if I deserved that victory,” Chadwick said. “Emma [Kimiläinen] got a bit unlucky with the restart, not knowing if it was going to be a proper restart or not. I struggled for pace, and she did a good job to get past when she caught me out. I was just trying to get some points as I was struggling. It’s a win and I’m a bit surprised by that but I’ll take it and I’m happy as it’s a great start to the season. We’re on pole position tomorrow as well so I’m looking forward to that.”

The W Series second race will be Sunday morning.

The goal for the W series, now in its third season, is to help secure a ride in the Formula 2 or 3 series – and eventually in Formula 1 – for a female driver.