The 503bhp Quadrifoglio is a blast to drive but could you really live with one? Let’s see 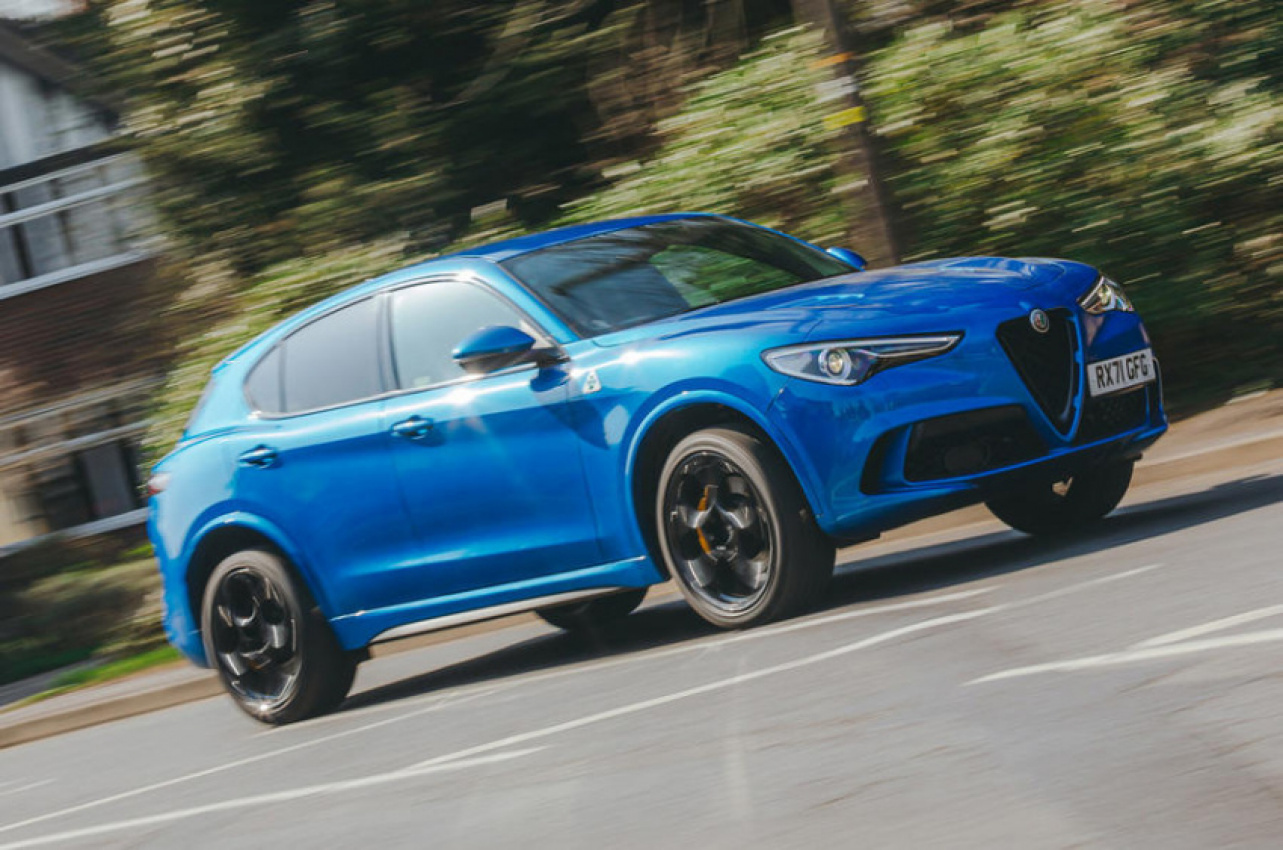 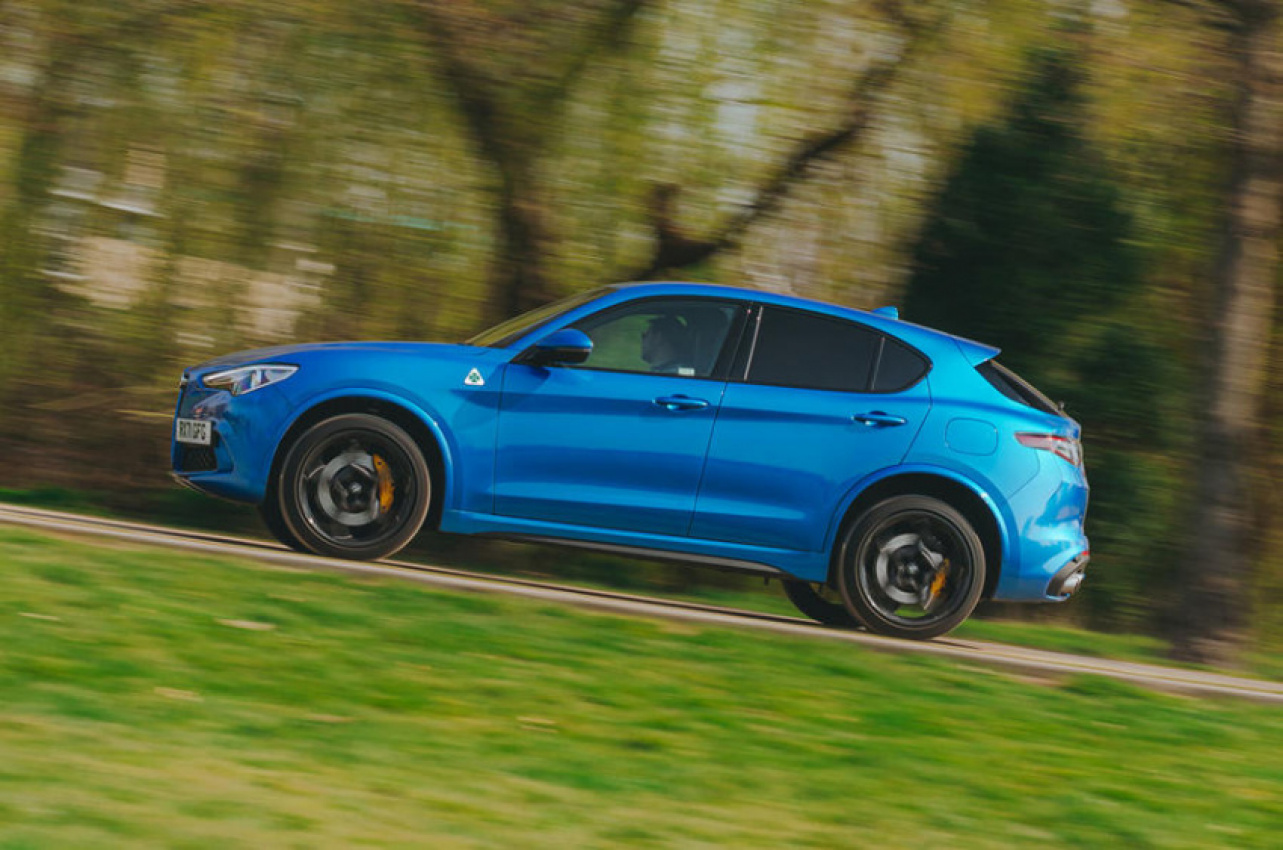 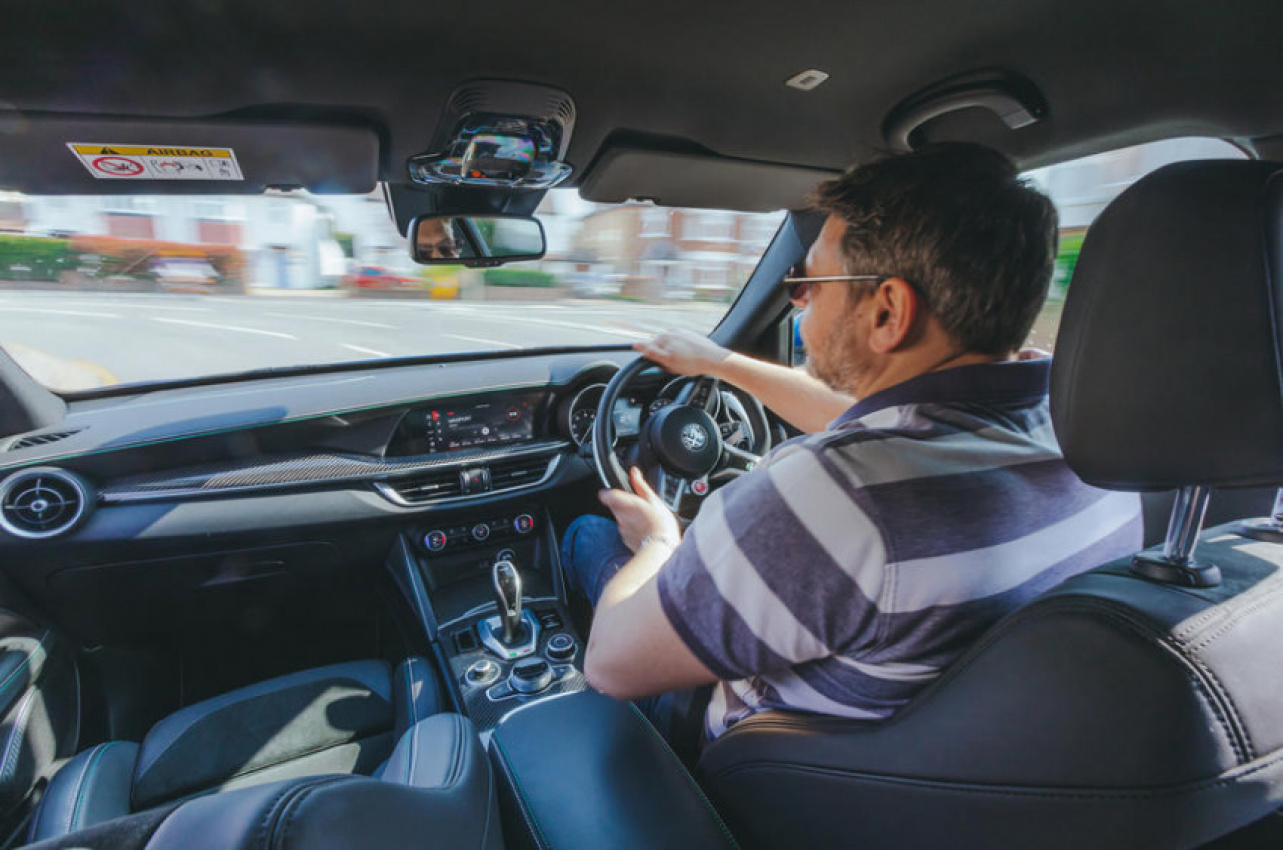 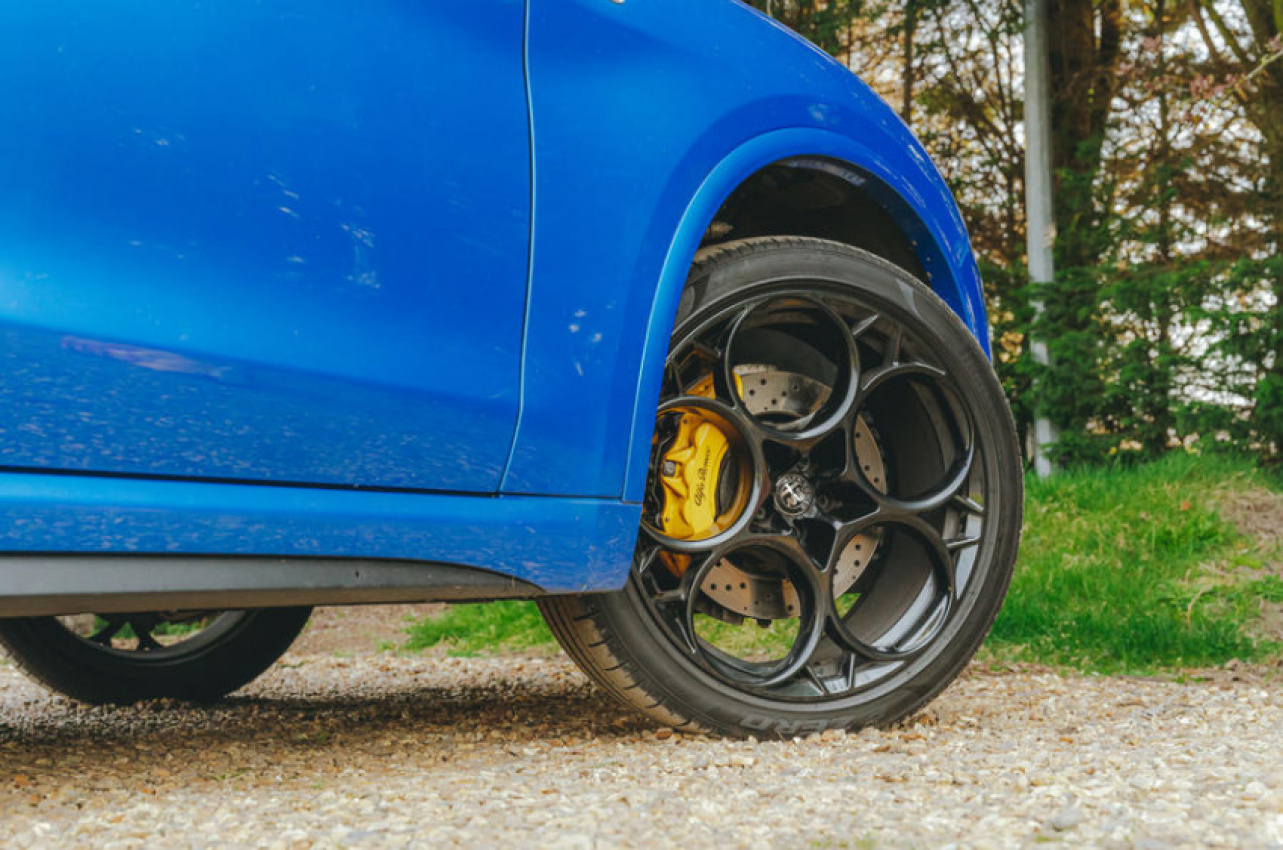 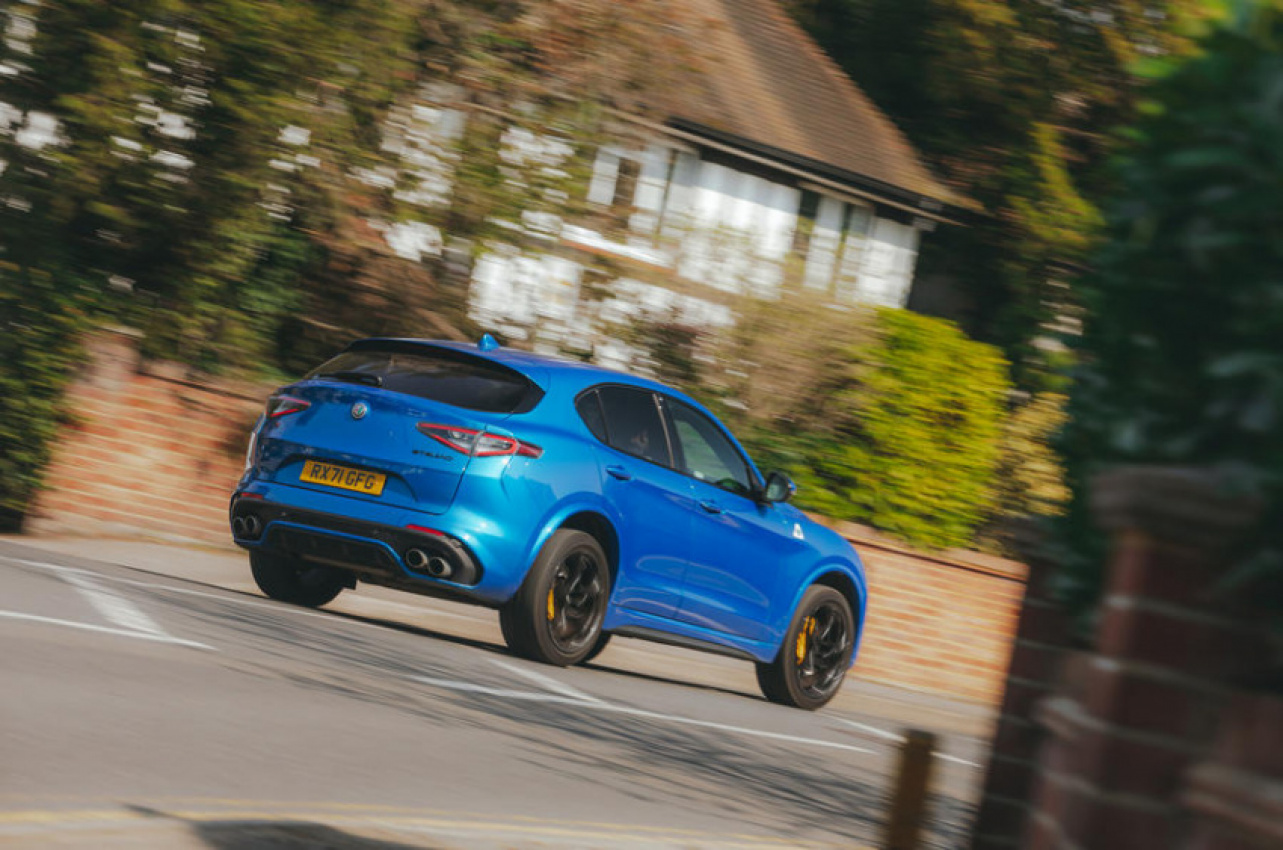 Boot is a practical shape and spacious 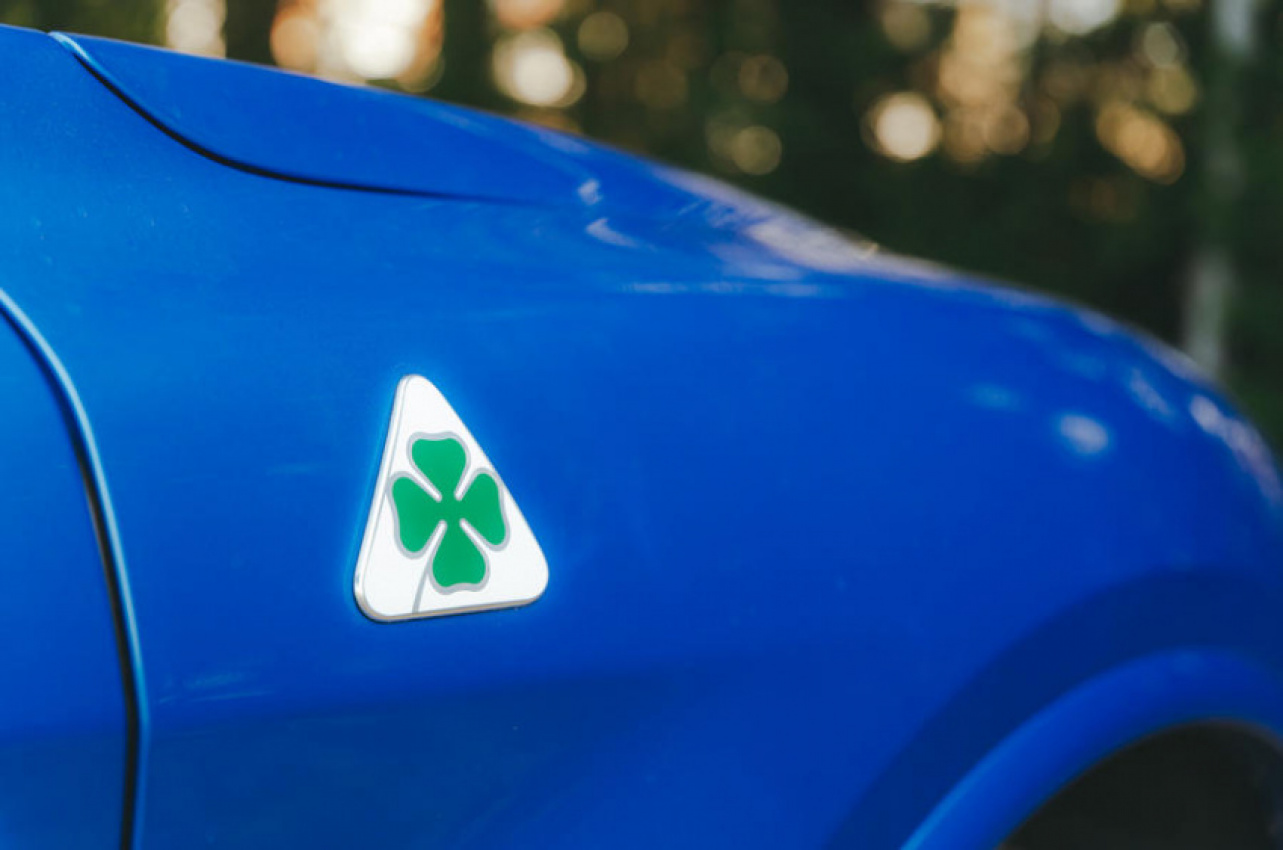 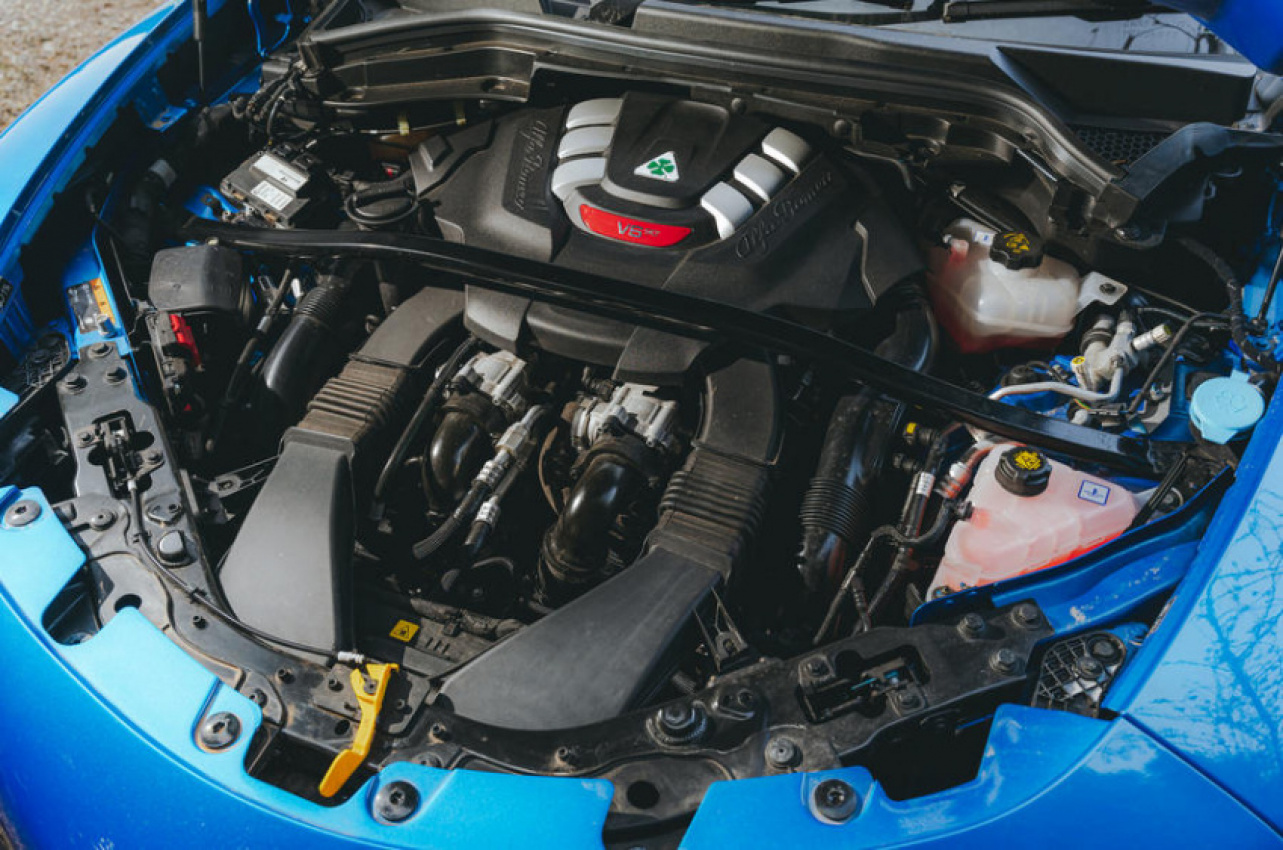 Twin-turbo V6 is magnificent if thirsty��

Why we’re running it: To find out if Alfa’s flagship is a practical, SUV-shaped supercar or a niche too far

I am not sure there’s a bigger automotive cliché than the hackneyed ‘you’re not a true petrolhead until you’ve owned an Alfa Romeo’ line. Nor a less accurate one.

Perhaps I was simply born into the wrong era, taking my first breath just at the point when the Latin giant’s last truly great cars were drawing their last, and the modern era of front-wheel drive, poor steel and unreliability was getting under way.

As I grew up, the name made great by the likes of the Le Mans-winning 8C, the groundbreaking Giulietta and the jewel-like Giulia was hitting rock bottom with a badge-engineered Datsun Cherry, so it’s maybe not surprising that I’ve never felt the need to justify my passion for cars by rehoming a posh Fiat.

Until now, that is. Because Alfa Romeo is going through a renaissance. Spearheaded by the fabulous Giulia saloon and its Stelvio SUV wingman, it will soon be reinforced by the compact hybrid Tonale, the firm’s first full EV and more. The Alfa Romeo Giulia is beginning to appear where once the BMW 3 Series was the default choice, although the Alfa Romeo Stelvio remains relatively rare in the UK despite the current SUV love-in.

And what an SUV, particularly in flagship Quadrifoglio form: 503bhp, 0-60mph in 3.8sec, 176mph flat out, and if there is a better-looking offroader, I have yet to see it. Certainly, the Porsche Macan and Porsche Cayenne – the Alfa straddles their markets, bigger than the former and smaller than the latter – can’t hold a candle to it in terms of pure visual appeal. That style is further aided on my car by the optional Misano Blue paint, black 21in rims and yellow calipers (costly at £450, but particularly arresting), yet even in its lowlier forms, this is a very attractive shape.

But are looks enough to pick a Stelvio over a Porsche? Where the German opposition does steal a march is in interior quality, something Alfa worked hard on with the model’s most recent facelift in late 2020. Once you get used to the slightly low-set steering wheel, the driving position is great. It’s roomy, too, with a decent boot. The improved finishes are noticeable, with lashings of carbonfibre, a leather-wrapped dash and soft plastics where you come into contact with them.

Crucially, though, the sense of quality is miles ahead of where Alfa used to be – not necessarily the materials themselves, but the way the car has been assembled. A slight clang to the doors aside, it feels solid and properly screwed together. It might not have achieved parity with the class best – the infotainment system in particular lacks a bit of logic – but it looks and feels special, which is just what you expect for near-£80k car with a few choice options.

You only have to press the big red fun button in the middle of the steering wheel to know where that money has been spent. In essence a Ferrari V8 with a couple of cylinders lopped off, the 3.0-litre twin-turbo V6 is a monster. There are few SUVs this side of a Lamborghini Urus or Aston Martin DBX with more than 500bhp, and even without sophisticated launch control, the way this 1830kg lump leaves the line or picks up in the mid-range is just outrageous. I’d love a bit more noise – only with drive mode set to Race does it unleash real anger – but the flexibility born of 443lb ft of torque from just 2500rpm means you’re never left looking for more performance.

Best of all, a 7min 51.7sec lap of the Nürburgring in 2017 – a record for an SUV at the time – betrays a chassis that’s more than a match for the engine. With double wishbones up front and a multi-link rear, plus adaptive dampers all round, it’s brilliantly tied down and turns in with almost unbelievable alacrity for such a big car. I’m still learning the steering, which offers good initial sensations yet lacks feel when you’re approaching the limit of the Pirelli P Zeros’ adhesion, but I love the way the torque is delivered to the rear wheels, allowing you to adjust your line as you would in a sports car. Most of the time, this is a pure rear-driver, only delivering up to 50% of the power to the front wheels when it detects slip.

Even this soon into our relationship, however, there is a rather large elephant… not in the room, but under the bonnet. And it is very, very thirsty. The official figures are pessimistic enough, but if you do mainly town driving, 13-14mpg is not unusual. At a time when fuel prices are soaring, that’s pretty painful.

The Stelvio is illogical, uncompromising and, if we’re honest, downright irresponsible. But also wonderful. Whether I can live with the environmental guilt – or the wallet-busting bills – over the coming months remains to be seen, but I’m going to have a good time finding out.

Second opinion, Matt Saunders: “Few would put the Stelvio in the same league as its German SUV opponents for cabin quality and overall luxury appeal. But it does remain a roomy, good-looking, desirable family car with a discernible helping of sporting soul. As such, there will always be a place, and a customer, for it.”