At the 2021 launch of its newest sports car, this time dubbed simply “Z,” Nissan showed off an array of heritage cars stretching back more than half a century. The cars are all part of the company’s heritage fleet, and they all drive, from a delicate silver Datsun; to a low-mileage 300ZX twin-turbo that’s supposed to be a complete handful, due to its original tires.

The letter “Z” has been with Nissan from the days when the company was first finding its feet in North America, right through to today, when it finds itself looking to weather both tough times financially, and a global supply crisis. As tight as budgets might be at the company, killing off the Z simply wasn’t an option. In many ways, this car is the soul of Nissan.

But it is not an unchanging soul. As customer tastes have ebbed and flowed, the Z has morphed from budget sports car to luxury grand tourer to technological juggernaut and back again. Each generation of Z represents both its time, and also the fates of its parent company in that time.

Clearly, any new Z is going to have some seriously big shoes to fill. While we wait to tell you about whether or not the latest Z is “mission accomplished” or a misfire that falls short, here’s a look back at the heritage of Nissan’s letter Z.

The original Datsun 240Z can trace its lineage all the way back to a little car called the Fairlady. Brought over as an export model in the early 1960s, these cars were nothing like the later sporty Datsun Roadsters, being instead based on a British compact car from Austin. Having driven one, I regret to inform you that it has the torsional rigidity of an elderly shoe.

However, the original Fairlady was Nissan’s first proper go at a sports car – and, yes, it was named after the Lerner and Lowe musical. Though they didn’t really sell any of them, by the end of the 1960s, Nissan was ready to put that badge on something with a little more pedigree.

There’s enough information about the development of the S30-chassis Z to fill a book and, indeed, many books have been written about the subject. The key details are not so much what happened at Nissan, but more the input of a corporate exile named Yutaka Katayama. “Mr. K,” as Datsun enthusiasts warmly call him, had been sent off to the U.S. as punishment for an unseemly interest in racing. Unexpectedly, he had turned Datsun into a household name. 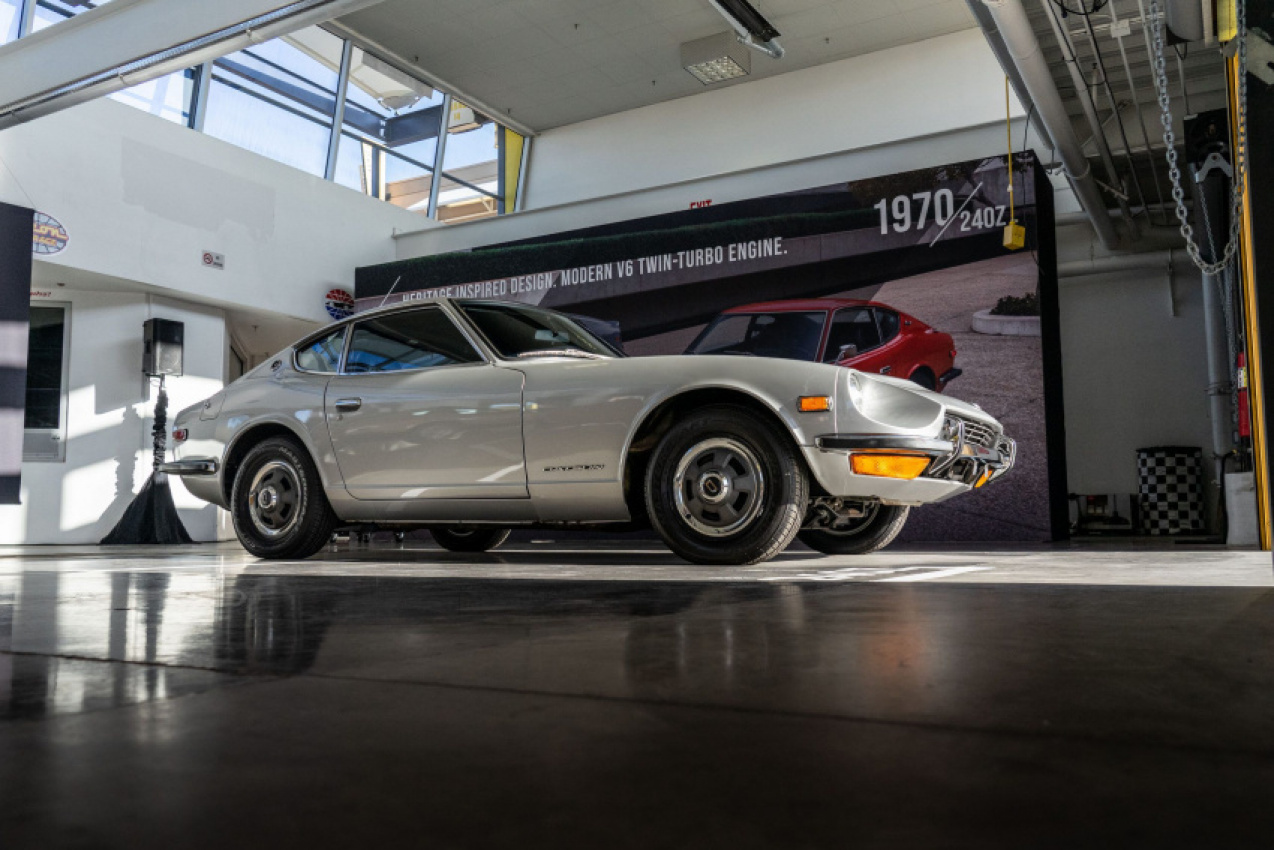 Mr. K had pushed for a proper sports car for years, and he lobbied for the original design to include enough height to fit North American drivers. He also pushed through a 2.4L engine, better suited for U.S. Interstates, and called for a sportier name. In Japan, the S30 was the “Fairlady.” Across the Pacific, it became the “240Z.”

The 240Z arrived in 1969 as a 1970 model, and was an instant hit. It was a relative bargain, it had classic sports car looks, and when the likes of Bob Sharp and Peter Brock took it racing, the Z cleaned up. Sales skyrocketed, and Nissan/Datsun became known as Japan’s performance brand. 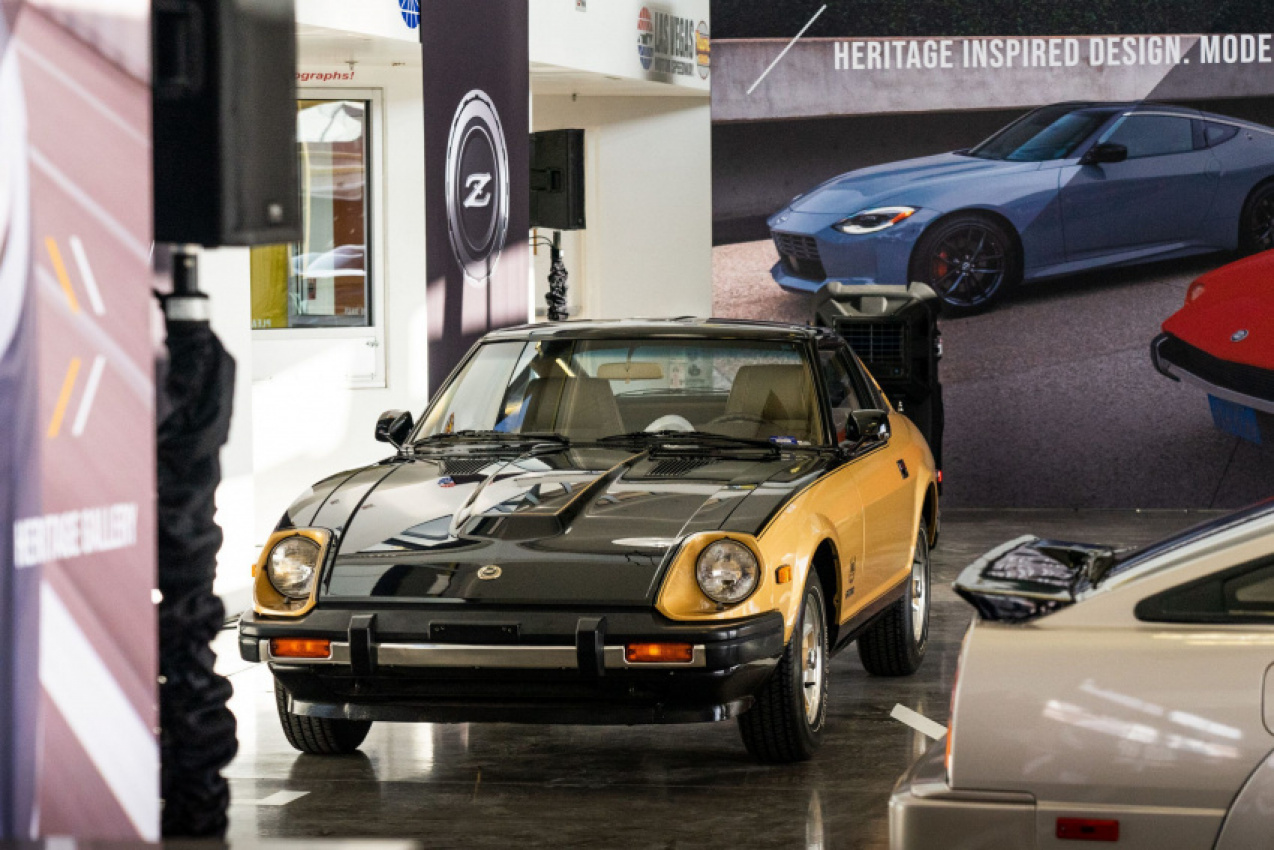 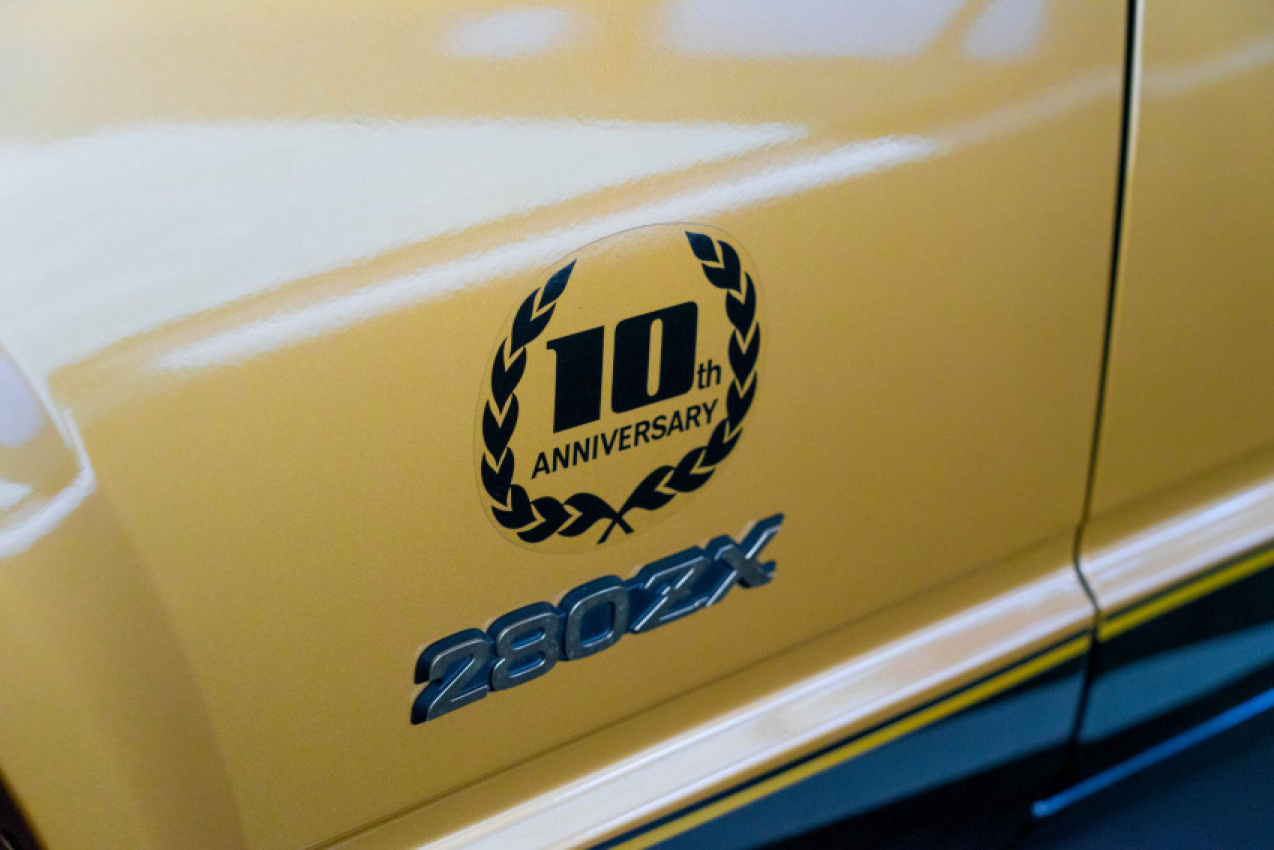 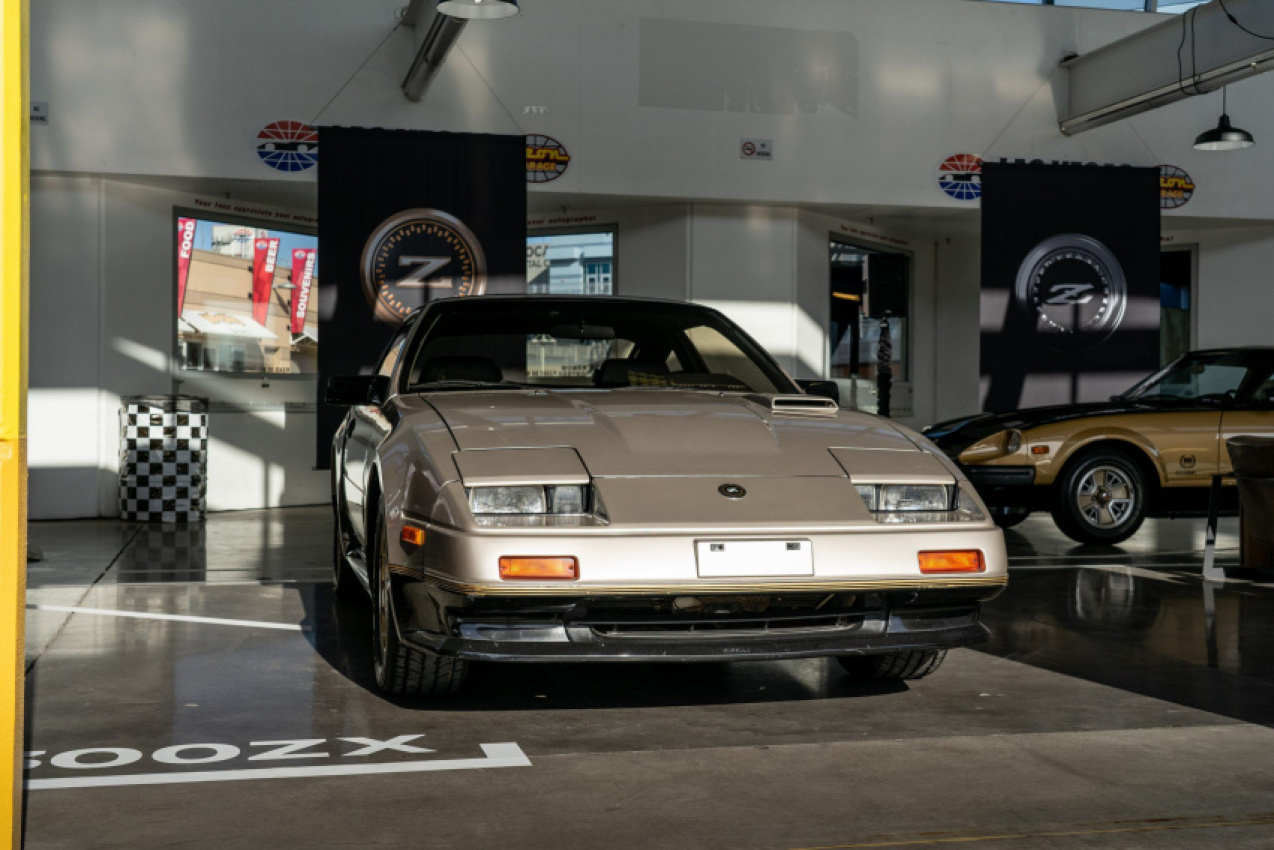 Right through to the end of the 1970s, the S30 added weight as it aged — who among us can not relate? The Z went from 260Z to 280Z, gaining power but gradually losing its sports car feel. By the time the Z’s 10th anniversary rolled around, Nissan was calling it the 280ZX, and rolled out a “Black Gold” edition complete with leather, t-tops, and a powerful stereo. The excess of the 1980s was here.

There was still performance to be had. The 1980s were also the era of turbocharging, and the 280ZX was first to receive a forced-induction boost. The car was quick, rather than fast, but across the Pacific, a group of outlaw Japanese street racers called Racing Team Mid Night managed to tune a 280ZX up to the point that it was one of the fastest street cars in the country.

By the mid-’80s, Nissan was phasing out its Datsun brand, and so the 300ZX would eventually lose the Datsun badge. In 300ZX Turbo form, this car is something of an overlooked classic today, with an even 200 hp, an offset hood scoop, and all manner of onboard digital technology. 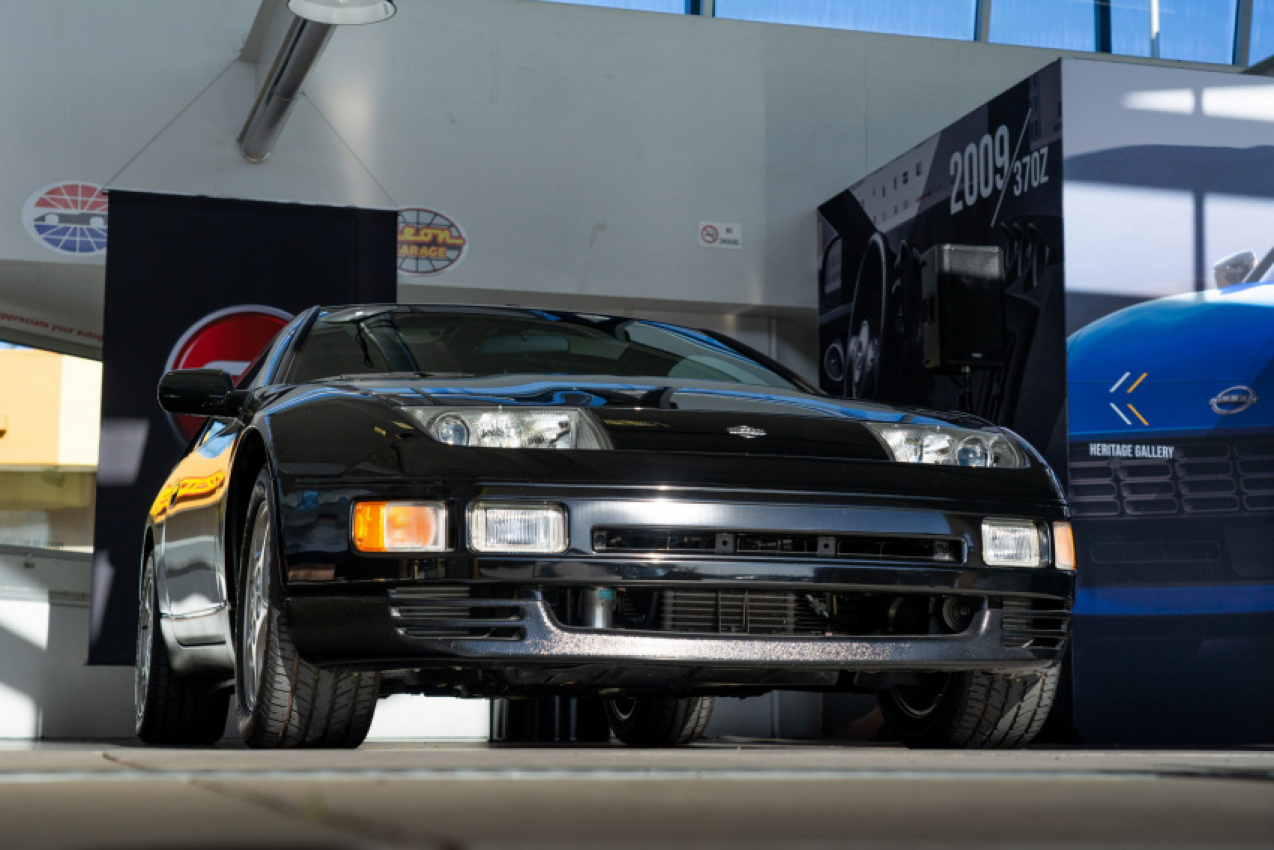 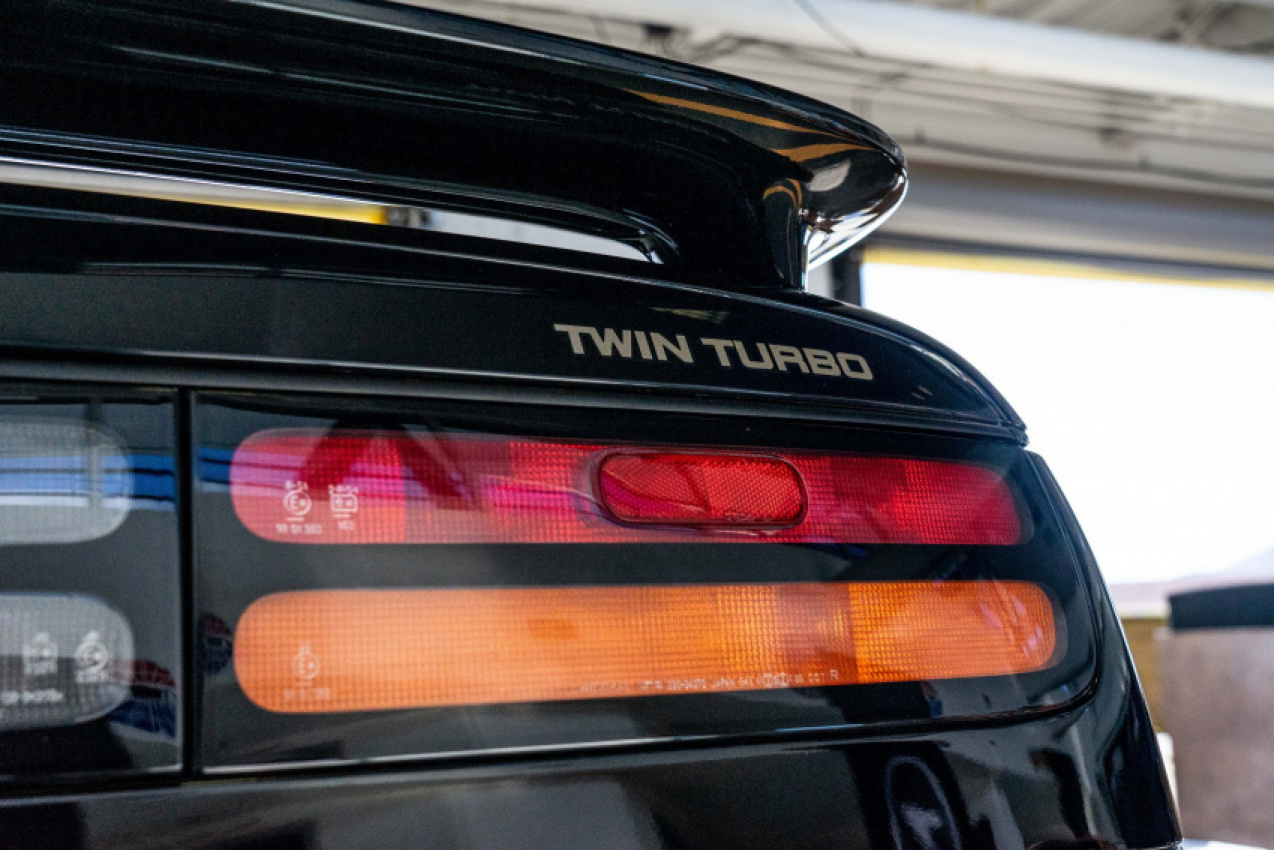 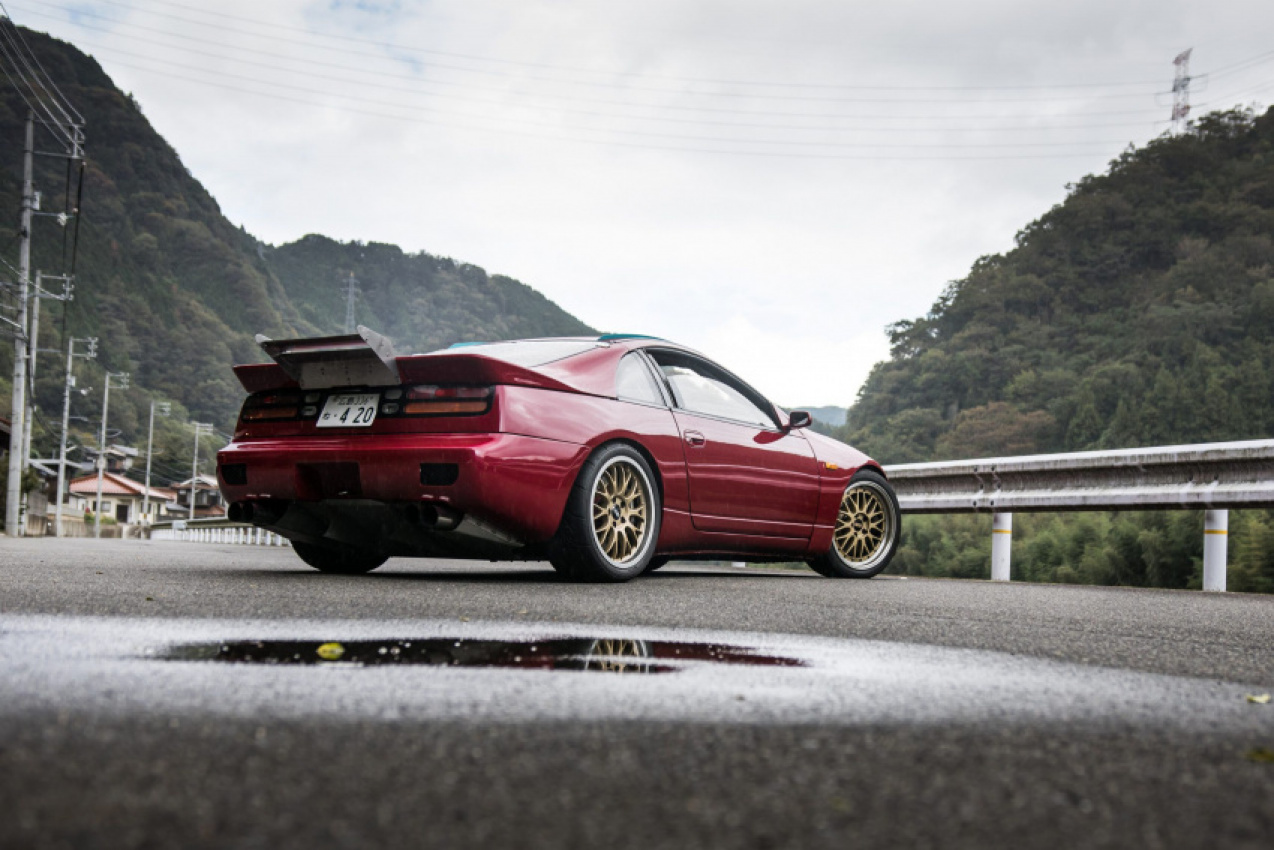 Thanks in part to wacky Pike Factory cars like the Figaro and Pao, Nissan’s design team had set aside wedgy 1980s styling and were looking to make a statement as the 1990s beckoned. The era would be a heyday for Japanese sports cars, with the fierce RX-7 twin-turbo and juggernaut Toyota Supra twin-turbo on the horizon. Nissan got there first.

The 1990 300ZX twin-turbo burst onto the scene packing 300 hp in an era when the base-model Corvette had barely 245 hp. It looked otherworldly, blew the doors off the competition, and breathed fresh life into Nissan’s performance image. Even by today’s standards, the 300ZX is fast, and its looks have aged incredibly well.

Having said that, turbocharged models of the 300ZX are tricky to work on, owing to a cramped engine bay. And, while the car outsold many of its rivals, it’s not a common sight today. The 300ZX’s flame burned briefly in the North American market, guttering out in the mid-1990s. 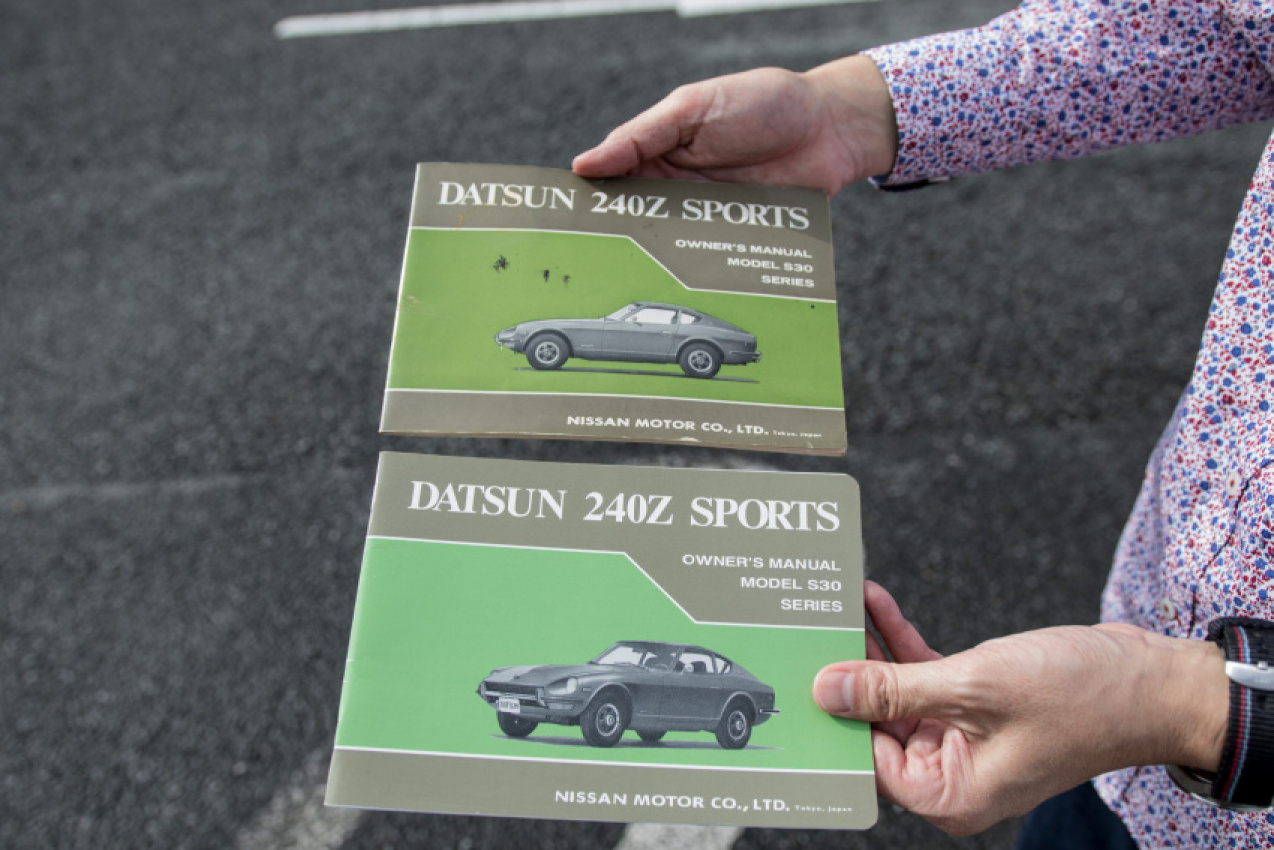 Owner’s manuals for a Datsun 240Z Photo by Brendan McAleer

Before we get to the Z’s modern era, strap in for some weirdness. In 1996, with the 300ZX exiting the North American market and no replacement in sight, Nissan USA did something absolutely bizarre. They started buying up early Datsun 240Zs, and sending them out to be restored by specialist shops. The cars were completely stripped down and overhauled, to the extent that the original owner’s manual was reprinted.

Nissan then designated a handful of stores across the U.S. (not Canada, sorry) as Z Stores, and sold these refreshed 240Zs along with a limited new-car warranty. The equivalent today would be trotting down to your local Nissan showroom and seeing a fully restored 300ZX twin-turbo ready for sale. You’d be tempted, right?

As a marketing plan, these Vintage 240Zs were a great success. A money-making venture, they were not. Nissan sold fewer than forty, and shuttered the program in 1997. The twist is that today, these cars are among the most valuable Zs ever made — and many of them have been snapped up by Japanese collectors.

Return of the Z 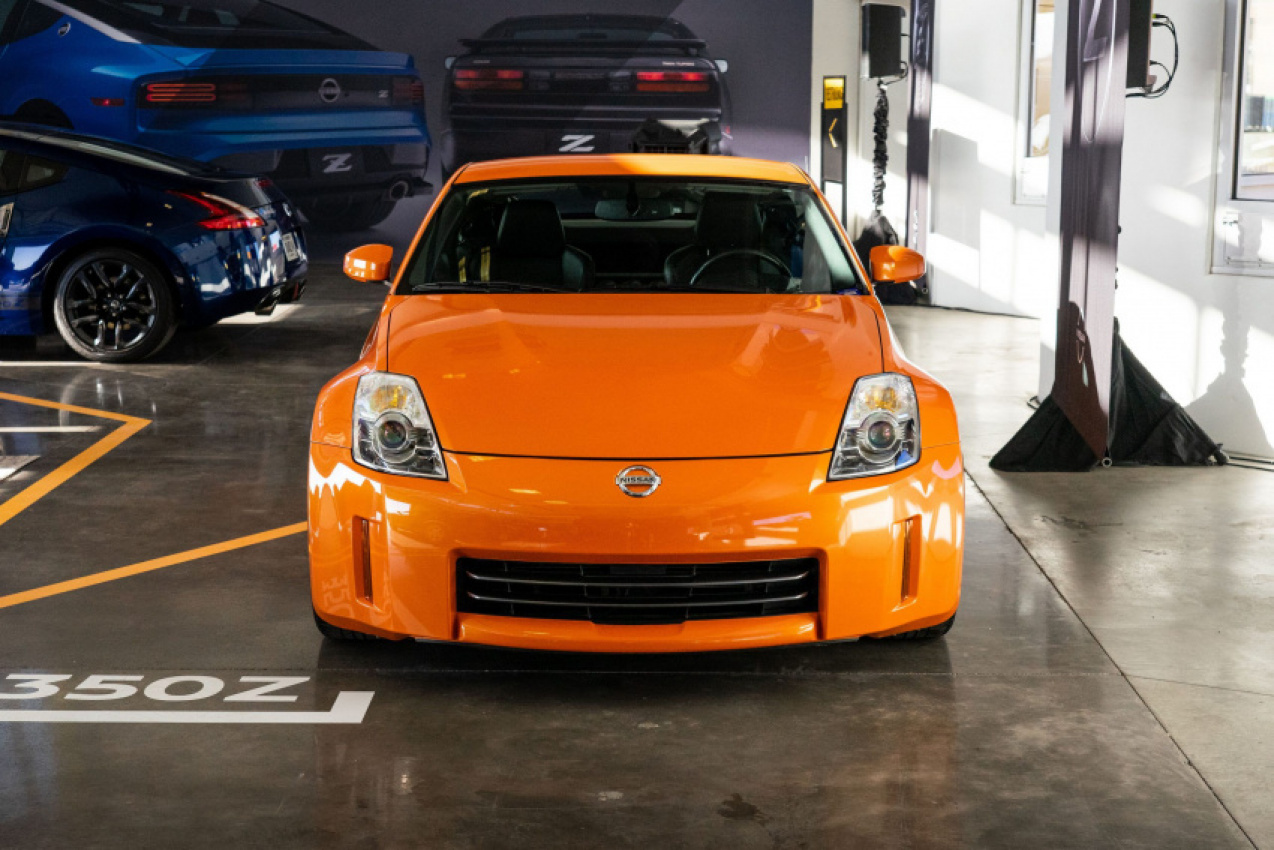 By the time the early 2000s rolled around, Nissan had taken notes on the collapse of the Japanese performance market. Complexity and expense were what felled the Mitsubishi 3000GT, RX-7, and Supra, so if the letter “Z” was going to be resurrected, it was back to basics.

At the time, Nissan was undergoing one of the most shocking corporate turnarounds in automotive history. The company was on the ropes in 1999, but partnered with Renault and came out swinging.

The 350Z was a symbol of that hope. Originally conceived of as a 2.4L four-cylinder powered car, the production version got a 3.5L V6 that made it a worthy successor to the original six-cylinder Datsun 240Z. It punched a hole in the market between the nimble-but-modestly-powered Mazda MX-5 and the world-beating-but-relatively-expensive Corvette. Nissan bang-for-buck was back.

Eventually replaced by the 370Z, with its larger 3.7L engine, the Z was a true performance bargain — in the U.S. In Canada, Nissan didn’t offer some of the base models you could get south of the border, so Z sales stayed lean. That changed in 2015 when a basic model was brought to market with a price of less than $30,000. For the same money, a Subaru WRX would be more practical, but the Z was a true affordable sports car experience.

A Fistful of Dollars 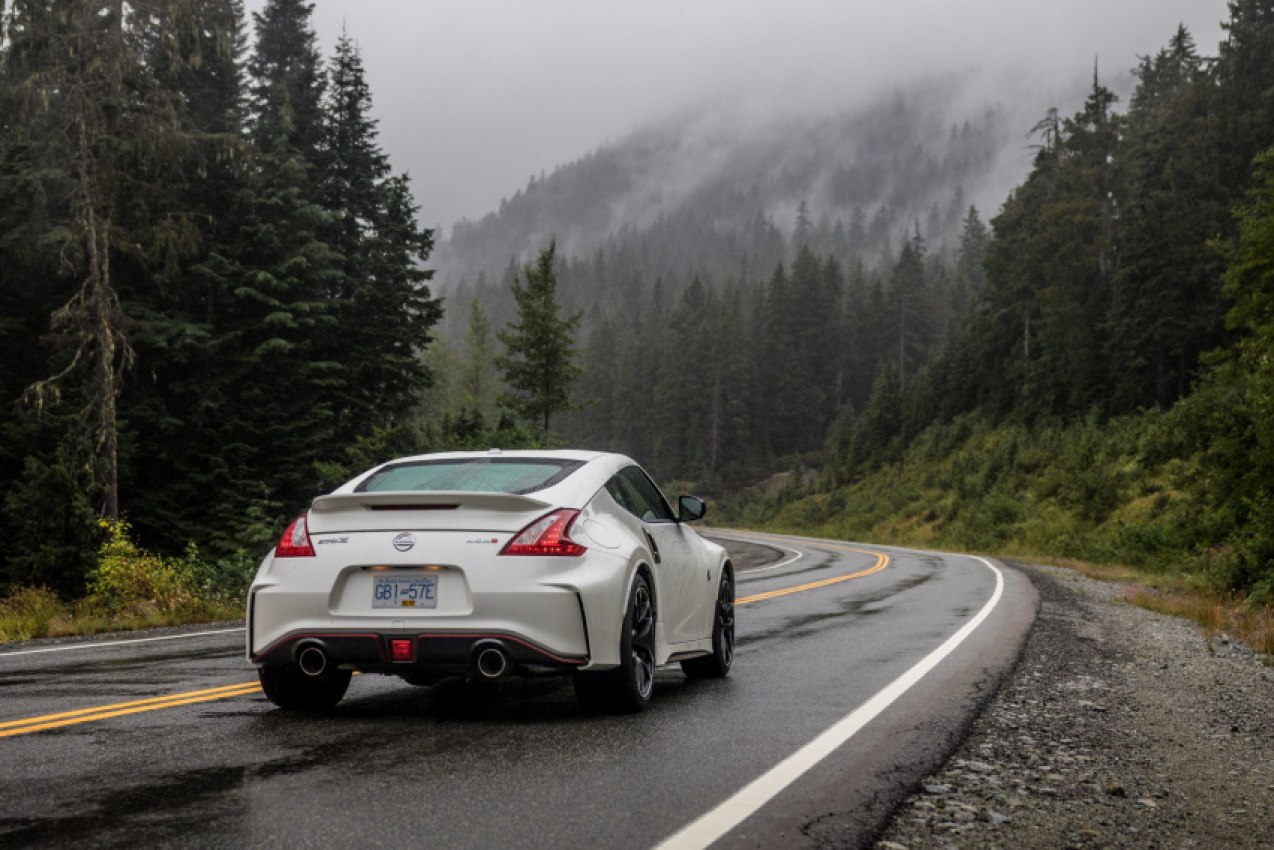 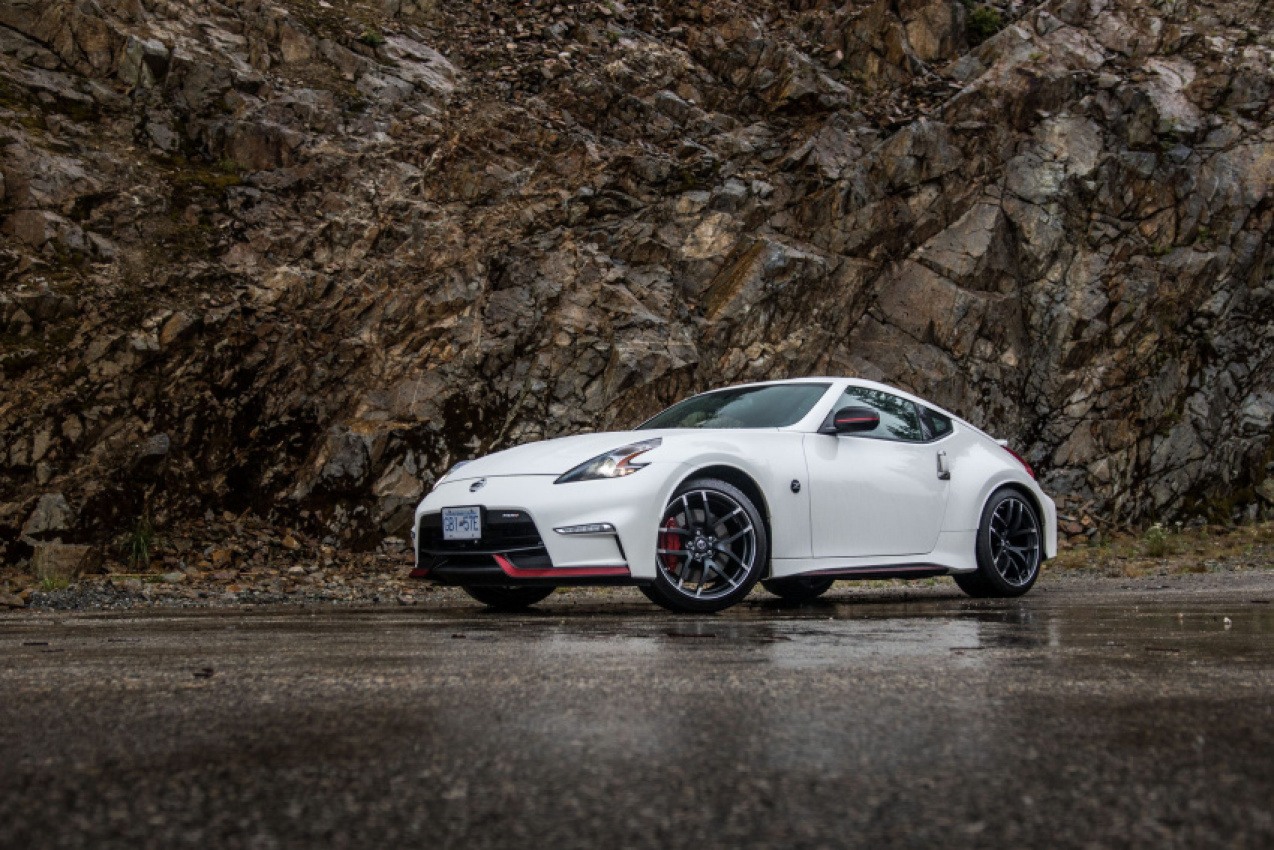 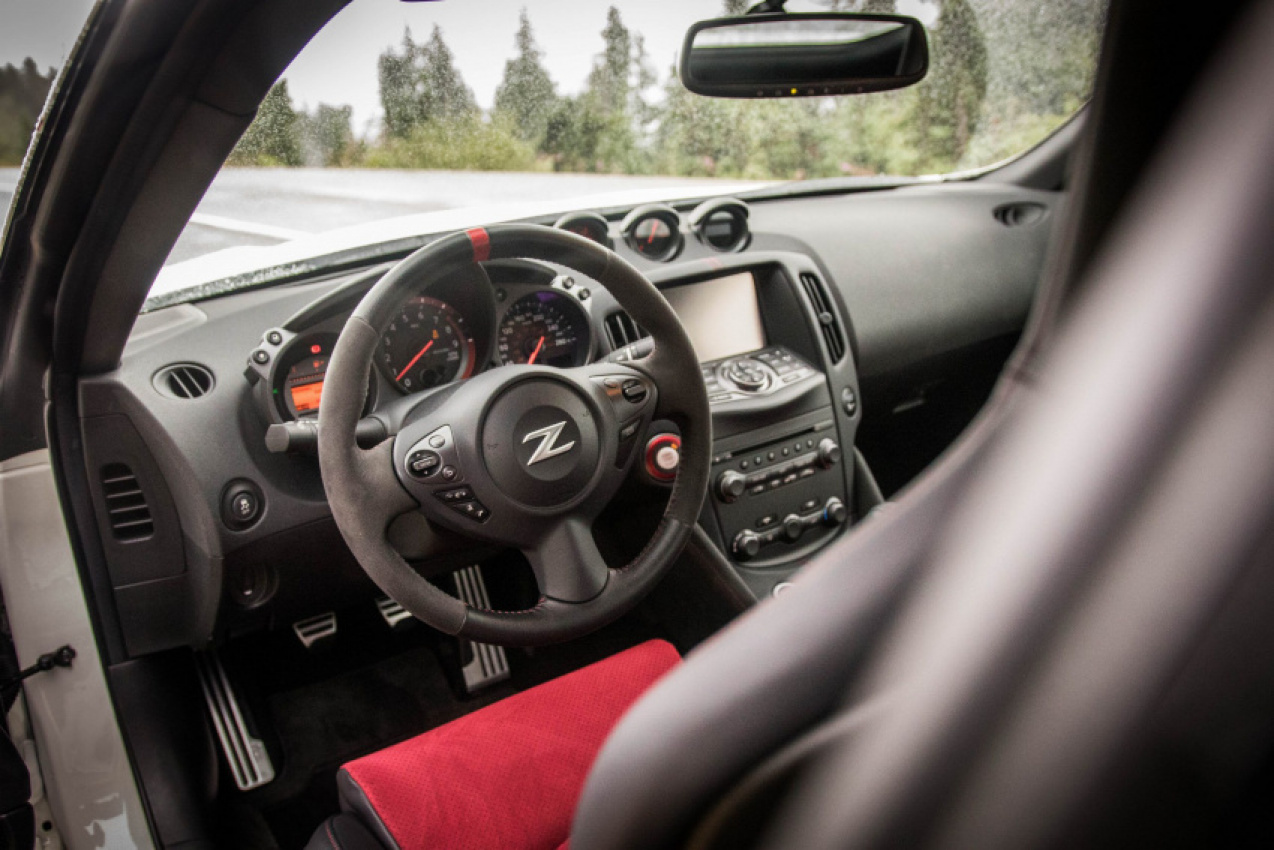 Looking back over its heritage, the Z has always done best when it stayed true to its roots. It’s well known that this latest car was designed on a shoestring budget, and very nearly didn’t happen. Nissan is again in financial dire straits.

But there’s hope. If Nissan can get the pricing right, the performance rumours about this car are promising. Sports cars are never a volume proposition, especially not in these days of crossovers and battery-electric cars. But the Z is the soul of Nissan. It’s why they keep building them, through thick and thin. Let’s hope they got it right.

Keyword: Evolutionary: How the Z made Nissan Japan's performance brand

Tell me about the tech stuff It looks fast What’s it like to drive? Can you use it every day? ► R35 no longer on sale in the UK► We revisit the ultimate version► Deliciously old school In case you’d missed the news, the R35 Nissan GT-R has been ...

Godzilla is heading for more than a light touch nip and tuck when it finally gets replaced.


View more: Nissan May Finally Bring Us a New GT-R — But a Wildly Different One