The team at Red Bull Racing sure has fun in their Formula One cars for the “Road Trips” video series. Episodes range from Max Verstappen ice racing on spiked tires to Daniel Ricciardo blasting across the USA at top speed. For the first-ever Miami Grand Prix, Red Bull driver Sergio “Checo” Pérez pretended to race from New York City to Miami in just 11 hours. At the short films mid-point, champion wakeboarder and Florida native Parks Bonifay tags along, barefoot water skiing through the Everglades behind Perez’s F1 car. 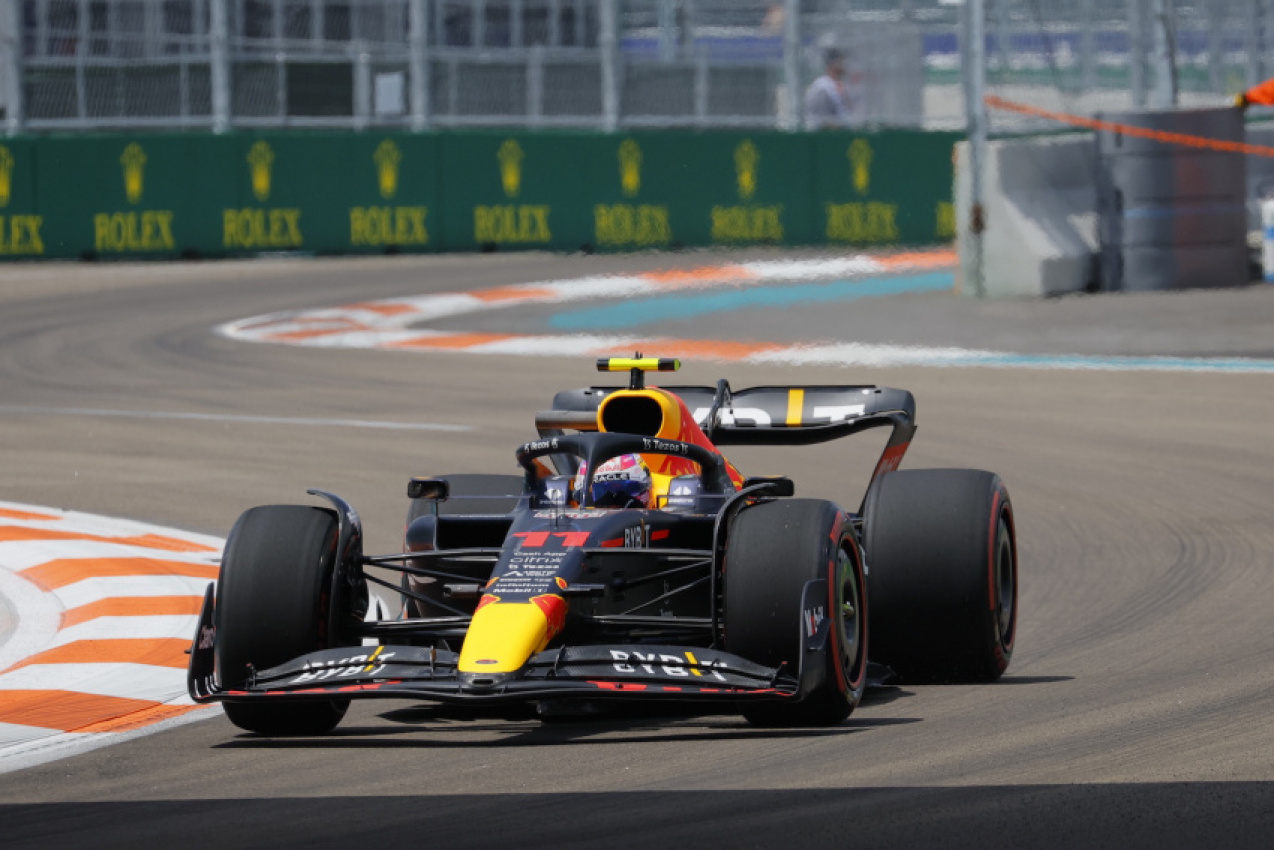 Pérez misunderstands, hearing “I need you in Miami today.” So Pérez checks his phone and realizes that at Formula One top speed, he can reach Miami in 11 hours. He calls his crew, has his Formula 1 car prepped, and races off through the streets of Manhattan.

For the next four minutes, the Formula One car hoons through the streets of Manhattan. Pérez pulls donuts in the middle of intersections, races taxis, and gets a ticket for double-parking in Chinatown when he needs a Red Bull. Then he’s off, headed south towards Florida.

Once Pérez arrives in Florida, he comes face-to-face with a fully-grown alligator and must pump the brakes. The Formula One driver stares down the reptile, not sure what to do next. Then, an Everglade airboat gliding across the water spots the race car. Parks Bonifay pulls up to the road and shouts at the Alligator, to scare it away from Pérez and the Red Bull Racing car.

Little does Pérez know that Florida-born Bonifay is a professional wakeboarder, waterskier, AND barefoot waterskier. So when Pérez asks how to get to Miami, he doesn’t expect Bonifay to say, “It’s probably better if I just show you,” and clip a line onto the back of the Red Bull car.

Bonifay hops into the water barefoot, Pérez hits the throttle, and the two of them take off through the swamp. Pérez keeps to the road bordering the swamp and Bonifay barefoot waterskis along, next to the car. He can’t resist doing a couple of tricks, skiing along on one foot for a time.

Finally, Pérez comes to a Y in the road. Bonifay shouts “Take a right!” lets go of the car, and coasts to a stop. Pérez says “Thank you” before realizing that his new friend probably can’t hear him over the noise of the engine and the water. 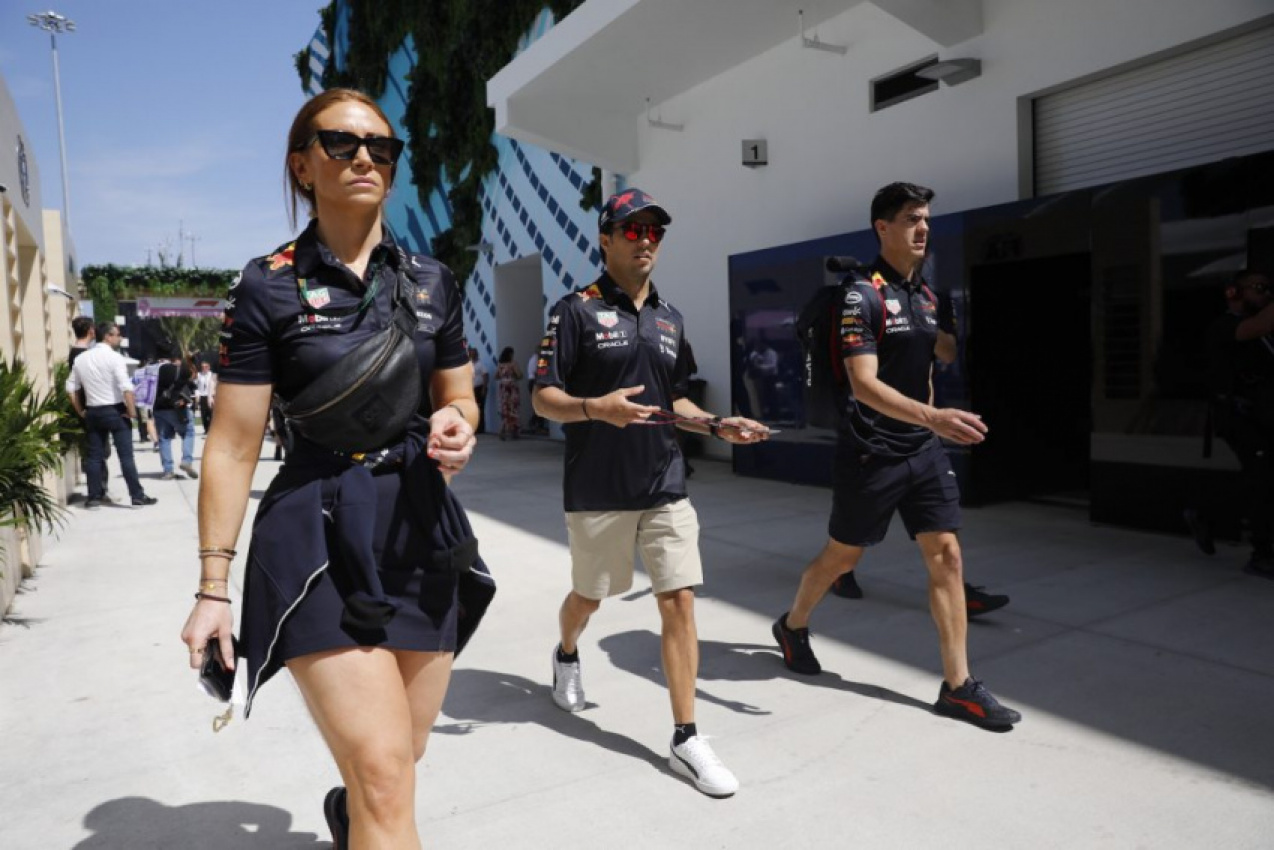 [Spoiler Alert] At the end of the short film, Pérez arrives in Miami. Once he locates the Miami International Autodrome, he finds the racecourse closed. Luckily his crew comes and opens the track for him. Despite the construction in progress, Pérez takes a few practice laps. Finally, Christian Horner gets in touch to tell Pérez that he jumped the gun.

Though the “Race to Miami” film is fictional, Sergio “Checo” Pérez will indeed be arriving in Miami for the inaugural Miami Grand Prix taking place on May 8th 2022.

Want to see the ‘Race to Miami’ Red Bull Racing short film for yourself? Just check out the video below:

Keyword: Florida Man WaterskiIs Barefoot Behind a Formula One Car on Its Way to the Miami Grand Prix

While Dodge may be a well-known American car brand, Dodge doesn’t have that many cars in the current Stellantis lineup. On top of that, the Ram series of trucks were some of Dodge’s most successful vehicles, but they were eventually spun off into their own company. As a result, Dodge ...


View more: Only 1 Dodge Model Is Recommended by Consumer Reports