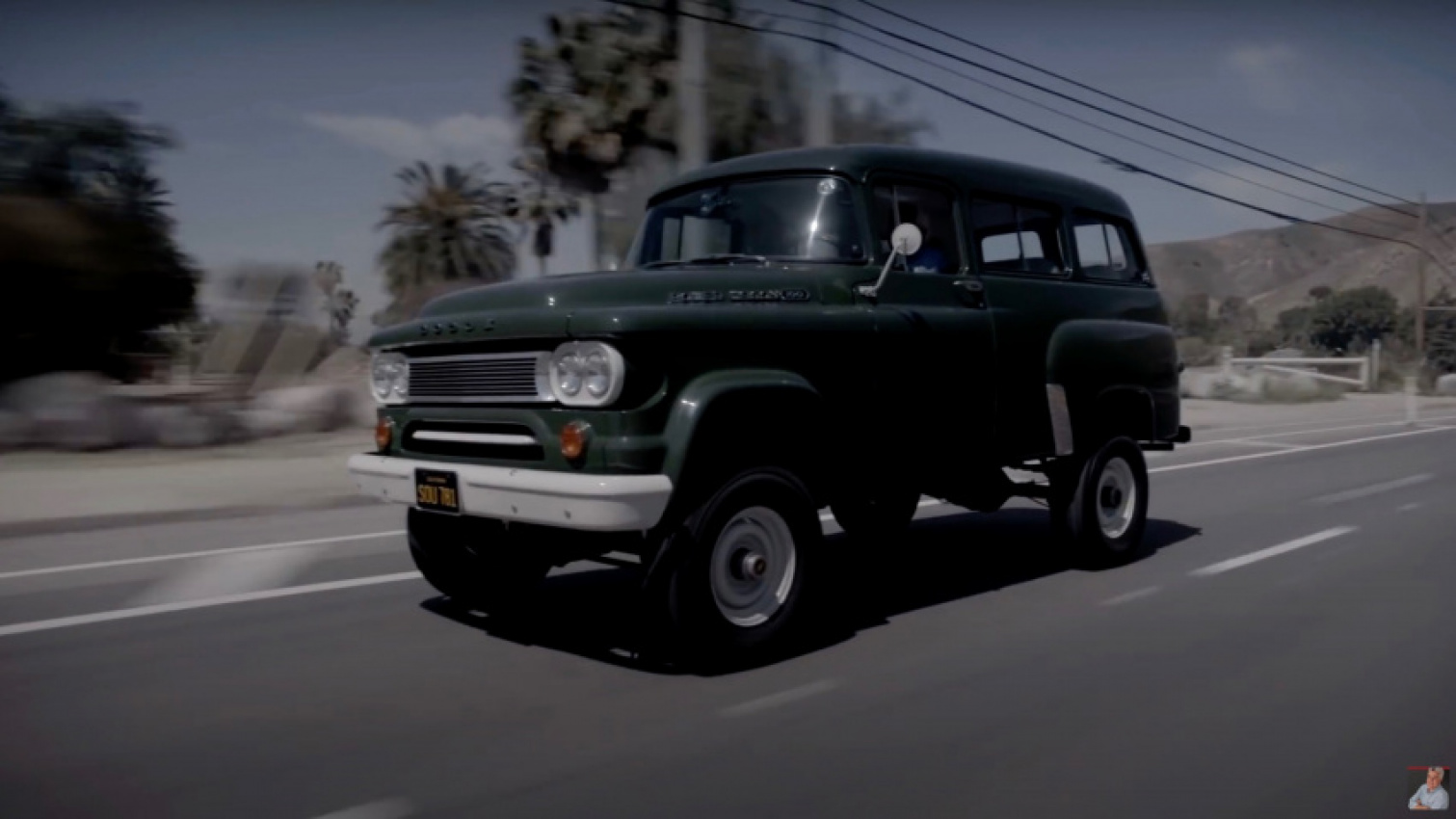 While formally classified as a station wagon, the 1966 Dodge Town Wagon Power Wagon’s four-wheel drive and three rows of seats made it a progenitor of modern full-size SUVs. A well-restored example of this burly machine was recently featured on “Jay Leno’s Garage,” and it’s a must-see for fans of classic wheels.

This truck isn’t part of Leno’s collection, but he did play a role in its resurrection. He explains in the video that he was contacted by the daughter of the original owner—a rocket scientist at NASA’s Jet Propulsion Laboratory—who wanted to get the then-rusting Dodge to a good home. He connected the owner with Steve Hofmann, who transports vehicles for Leno and was looking for one of these obscure vehicles.

Hofmann was attracted to the Town Wagon Power Wagon by its beefy construction and military pedigree. The Power Wagon name was first applied to civilian versions of military trucks Dodge started selling after World War II. Hofmann also has one of those older trucks, which he’s slowly restoring. 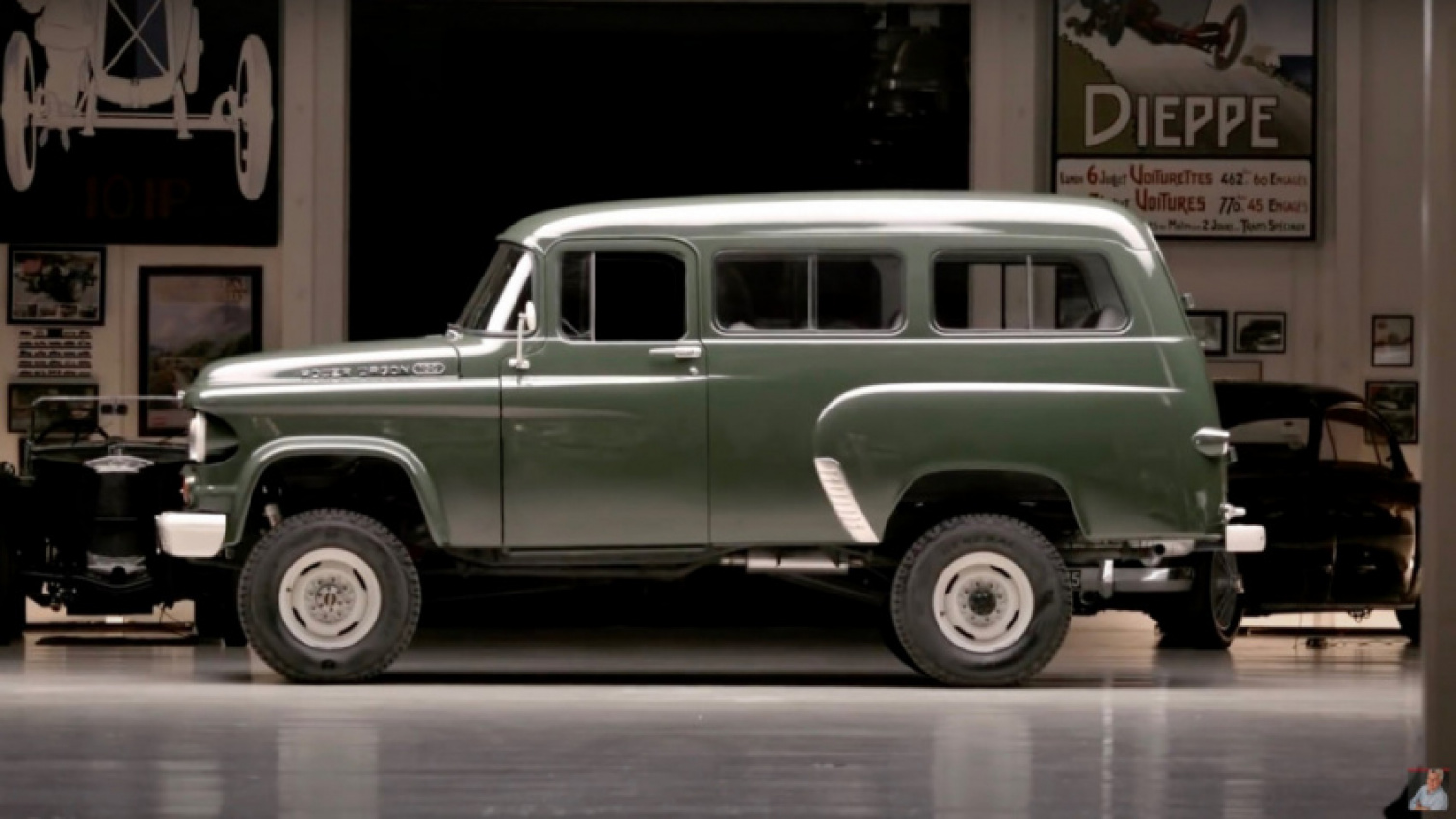 Aside from a name, the Town Wagon doesn’t share much with the original Power Wagon. It’s based on the later-generation Dodge Sweptline pickups from the early 1960s. However, the bodywork originated with 1950s-era Dodge trucks.

Power is provided by a 318-cubic-inch V-8 producing 200 hp, which was the optional engine in 1966. The ubiquitous “Slant Six” inline-6 was standard but, considering that Hofmann says the V-8 can barely move the Town Wagon to 60 mph, the 6-cylinder probably demanded a lot of patience from its driver.

While the contemporary Jeep Wagoneer and International Travelall sold well as alternative family cars, the Town Wagon Power Wagon was more utilitarian. Most of its customers were businesses or government fleets, Hofmann said, which might explain why the Dodge isn’t as well remembered as its contemporaries. So it’s definitely worth giving the full video a watch to learn more about it.

The Hellkota is exactly what you expect, and hope, it might be.


View more: This Dodge Dakota Has a Hellcat's Heart