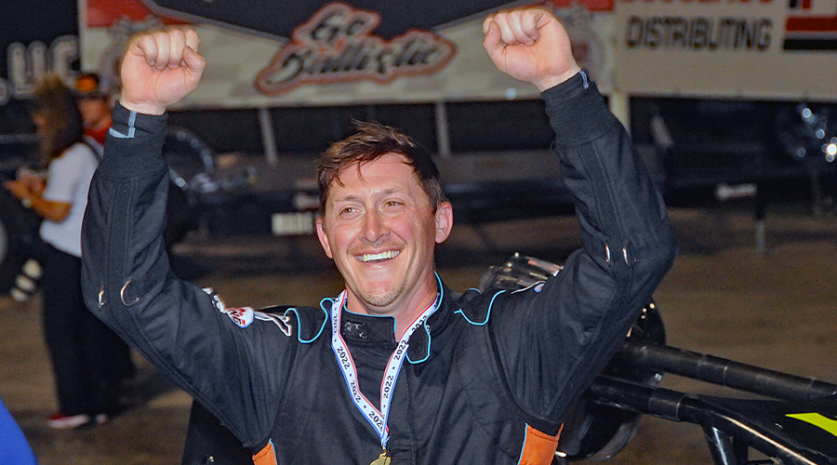 The Fort Worth racer took full advantage of Steven Shebester’s mid-race misfortune and fought off Paul White the rest of the way to secure his third career series win. 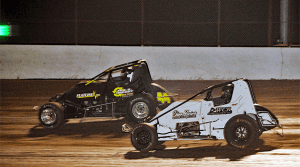 “He (Shebester) was gone, I don’t think we could have done anything with him,” Howell explained.  “They did a great job with the track with all the rain that we’ve had.  One and two was totally different than three and four, I don’t know when I’ve had to run the middle through three and four to make good laps.”

While Howell started from the pole position, it was White gunning into the lead for the opening pair of circuits before Howell recaptured the point.

But Shebester was on the move from third, taking command after seven laps only to suffer driveline failure just past the midway point.

“It kicked out of gear going down the frontstretch, I tried to get it back but it wasn’t happening,” Shebester explained.

Howell capitalized and fought off White the rest of the way with reigning series champion Justin Zimmerman filling out the podium in third.

Zimmeran, Howell and Mason Smith topped heat race action for the 23-car field.  Scott Evans went for a wild ride as the checkered flag flew upon the first heat race but was able to walk away after being scored second.