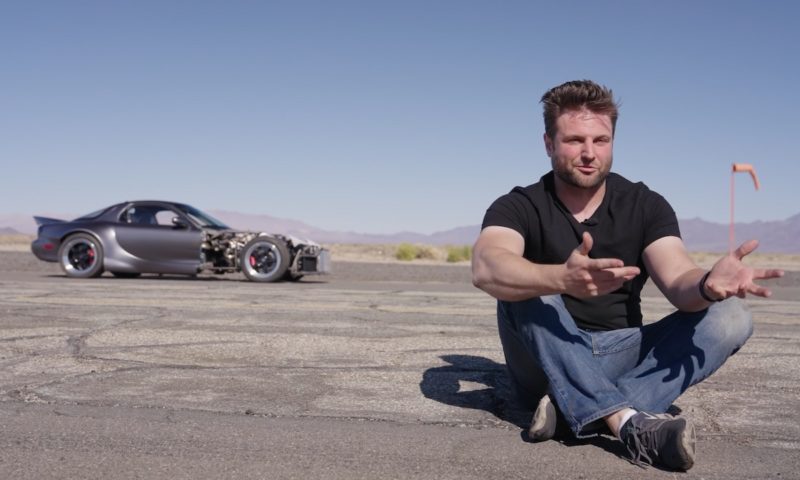 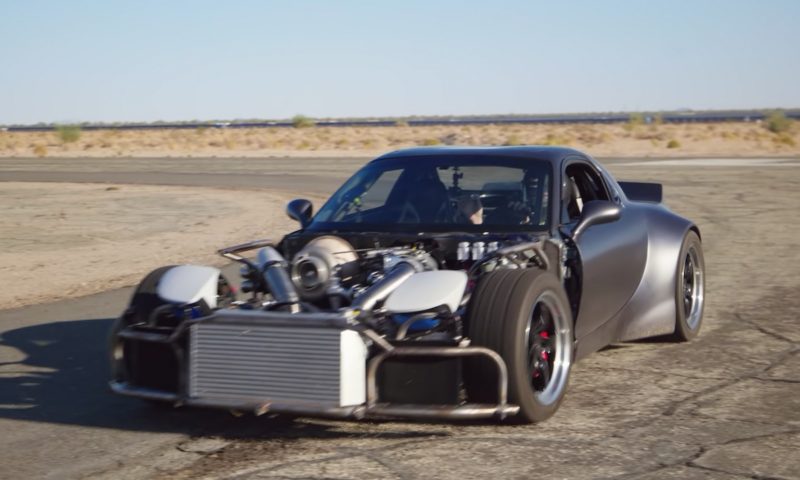 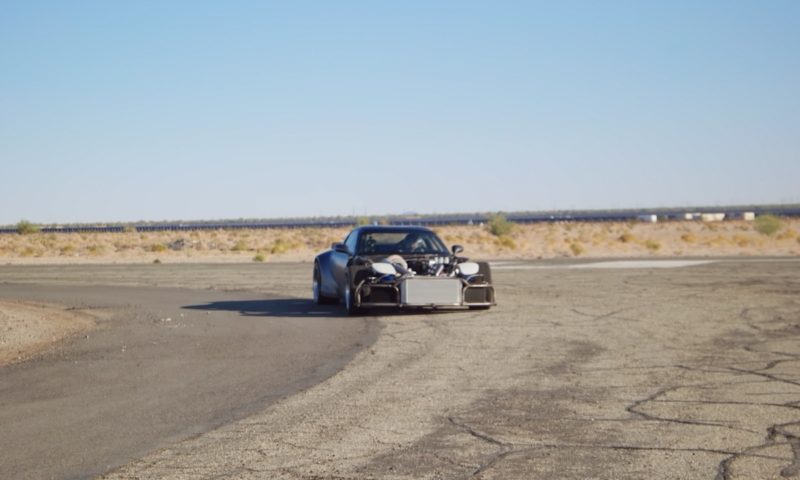 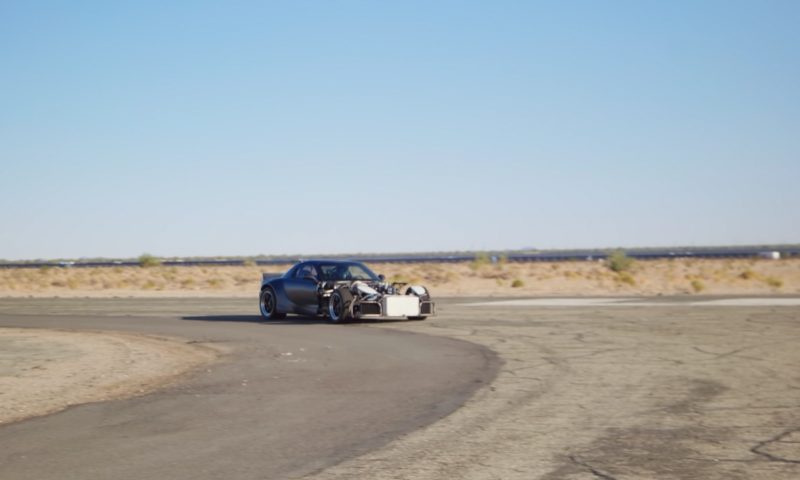 For some, the dream is a house or a new life in a different country, but for some ambitious tenacious petrol-heads like Rob Dahm, the dream is to have a hand-built, all-wheel-drive, four-rotor Mazda RX-7.

Very few cars are as noteworthy as the absolute monster that is the four-rotor RX-7. From the notoriously impressive design of the four-rotor motor to the intricate all-wheel-drive Frankenstein drivetrain and transmission, few come close.

The standard RX-7 features a twin-rotor Wankel engine. While it is common to see multiple rotors in production cars, three rotors are usually the highest number. Four-rotor engines are absurdly complex and intricate pieces of engineering that are not created by simply fitting two twin-rotor motors together on one eccentric shaft. 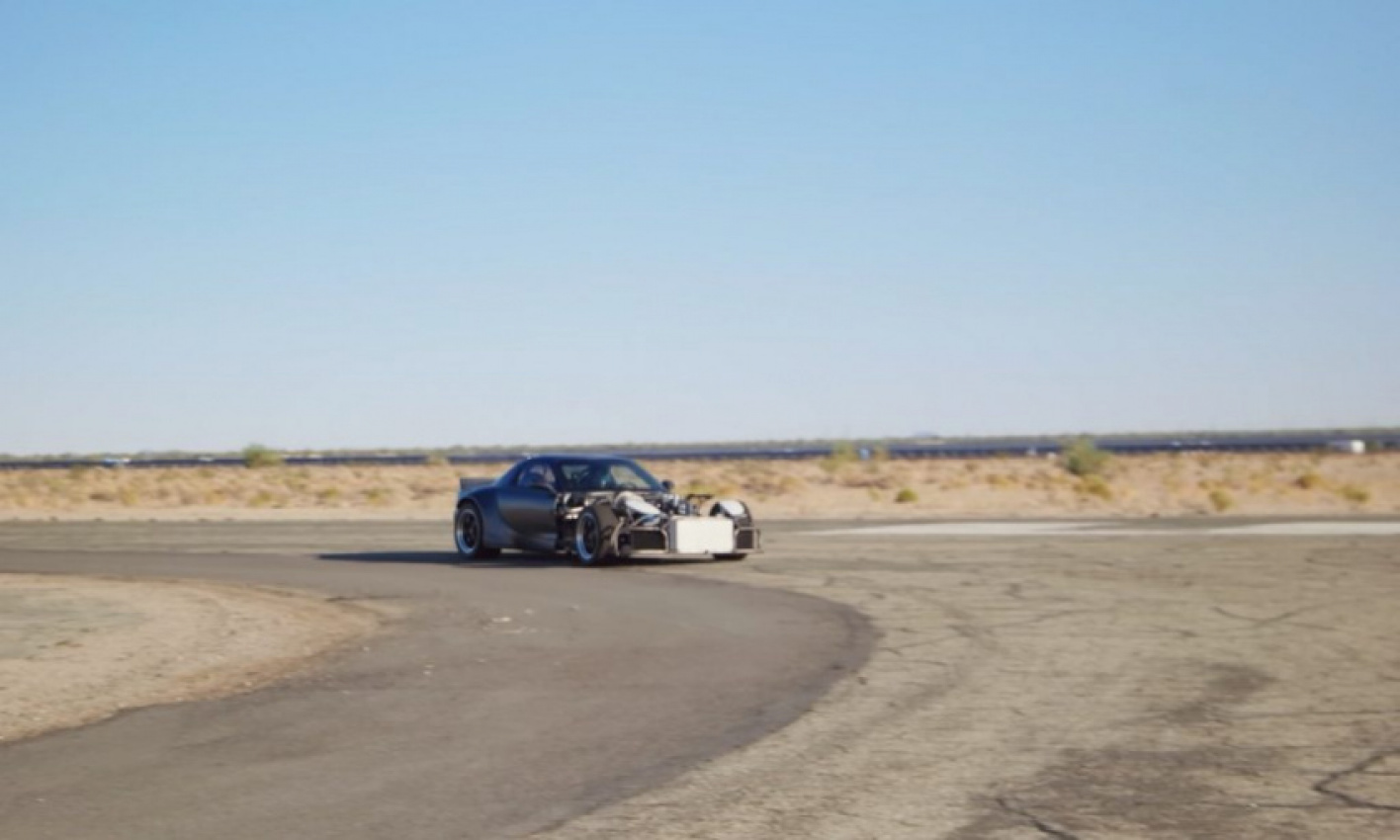 Despite the intense design and manufacturing process involved in creating a working four-rotor, the rewards are more than enough to justify the cost and labour that could cost north of R500 000 if you asked a shop that specialises in building these beastly engines.

The “average” four-rotor offers power figures north of 745 kW with unbelievable amounts of torque. Wankel rotors are already very prone to screaming their lungs out, but the four-rotor engines have to take it to a whole new level boasting a 10,000 rpm limit being the standard for many four-rotors.

Four-rotors are the extreme. Everything about these engines borders on the highest setting imaginable, the cars they are placed into usually follow suit. GT cars, prototypes such as the illustrious 767 and 787 B or outrageous passion built “street” cars, the 4-rotor sitting in the upper echelons of automotive design and engineering. 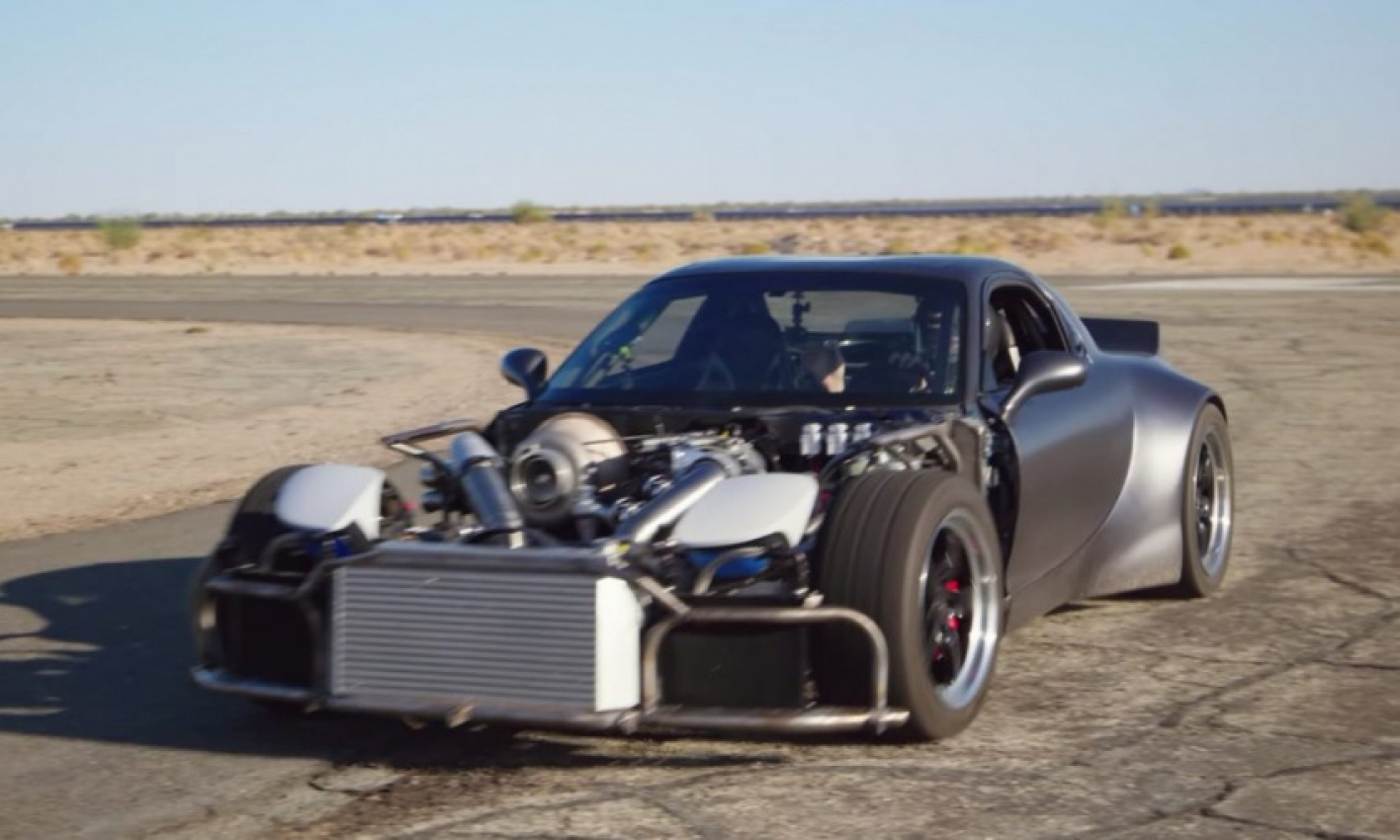 Rob Dahm’s RX-7 is a special case even within the 4-rotor catalogue. From the astonishing motor to the unenclosed GTR sourced transmission that sits right next to the driver, the impressive all-wheel-drive system with specially built components all around, this RX-7 -if you can even call it that- is in a league of its own.

Top Gear has debuted a new video series with Rob Dahm at the helm. The series seeks to shine a light on the amazing cars across America that are the true embodiment of the words “special” and “unique” The first video has already aired with Dahm’s RX-7 being the first car in the TopGear spotlight.

Two of the most powerful and heaviest SUVs currently in BMW’s portfolio have gone head-to-head, or rather tail-to-tail in a latest BMW SUV tug of war. If this lineup is insufficient, a Mercedes-AMG G63 is thrown into the mix for good measure!  Carwow has two of the most expensive, ...

The V8 totting TVR Griffith. TVR completely blindsided the automotive world with its announcement that it would participate in sponsoring two Formula E events. Alongside this unexpected announcement was the news that the long-awaited TVR Griffith will receive an electric powertrain as a result of the company partnering with ...


View more: TVR Griffith will get an all-electric powertrain in 2024

South Africa’s locally built and premier performance bakkie has its highly anticipated replacement on the way, but that doesn’t mean the outgoing model is any less capable than it was before. Here are some of the standout features of the Ford Ranger Raptor that make it such an appealing ...

The past two years have been hindered with disruptions caused by Covid-19 including the cancellation and postponement of motoring events on the local calendar. The Festival of Motoring in Johannesburg will be back for another lap between the 26th and 28th of August after a two year hiatus.  The ...


View more: The Festival of Motoring in Johannesburg is back after a two year hiatus

Everything about the widebody Porsche 911 Sport Classic is an ode to models from the past. With 405 kW and a manual transmission powering the rear wheels exclusively, it is also set to be a true driver’s car for the fortunate 1,250 buyers of the latest Stuttgart creation.  It’s ...

A conventional vertical-opening door exposes a spacious boot that greets adventure oriented individuals. Light commercial vehicles have seen growing popularity for their versatility. The Stuttgart model will offer all of the niceties expected of a Mercedes-Benz. The latest Mercedes LCV model is based on the Renault Kangoo. Mercedes tried ...


View more: The Mercedes T-Class is a fancy panel van with sliding doors

Bigger is better. The new Amarok is larger in almost all dimensions. Rear-wheel drive and four-wheel-drive options will be on offer. The Amarok will be produced alongside the new Ford Ranger. Volkswagen has a new bakkie on the way which will replace their ageing but steadfast model which was ...


View more: Here is what we know about the 2023 VW Amarok so far

Volkswagen Polo stuck in drain, can’t seem to get out

Fuel levy to be lowered by R1,50/litre until the end of May

Toyota Gazoo Racing wins Round 1 of the SARRC

Eletre: Lotus confirms the name of its new all-electric SUV

Audi bakkie could be on the cards, according to CEO