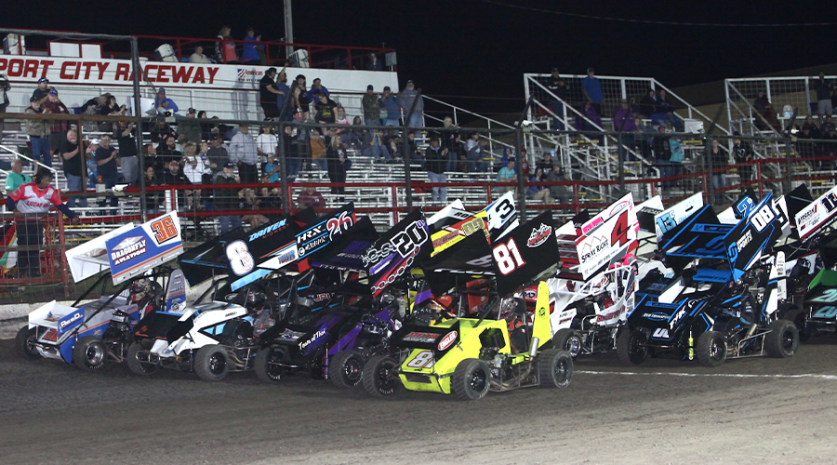 TULSA, Okla. — The fifth annual Terry Walker Memorial at Port City Raceway had plenty of action, with all six divisions with 214 entries taking on the eighth-mile oval with the Lucas Oil National Open Wheel 600 Series presented by Hi-Plains Building Division.

Winning a slide job-filled feature, Jake Rosario secured the lead from Chris Cochran on lap 9 before driving for everything he had to hold onto his second career non-wing victory.

Slipping back to fourth late in the race, the No. 3w fought back to second with Shawn Mahaffey third. Taking a provisional into the event, Frank Flud raced from 21st to fourth, with Josh Marcham ending up fifth after running as high a second.

Picking up his third win of the weekend, Frank Flud made it career win No. 60 in A-Class. Cole Roberts was second with Jake Rosario taking the final podium step.

Becoming the 51st driver to top the restricted class, Cooper Miller led from start to finish. Miller was pressured a few times by Carson Bolden, but the No. B2 would settle for second, with Scout Spraggins in third.