So far F1 owners are giving the cold shoulder to the idea of a new team. 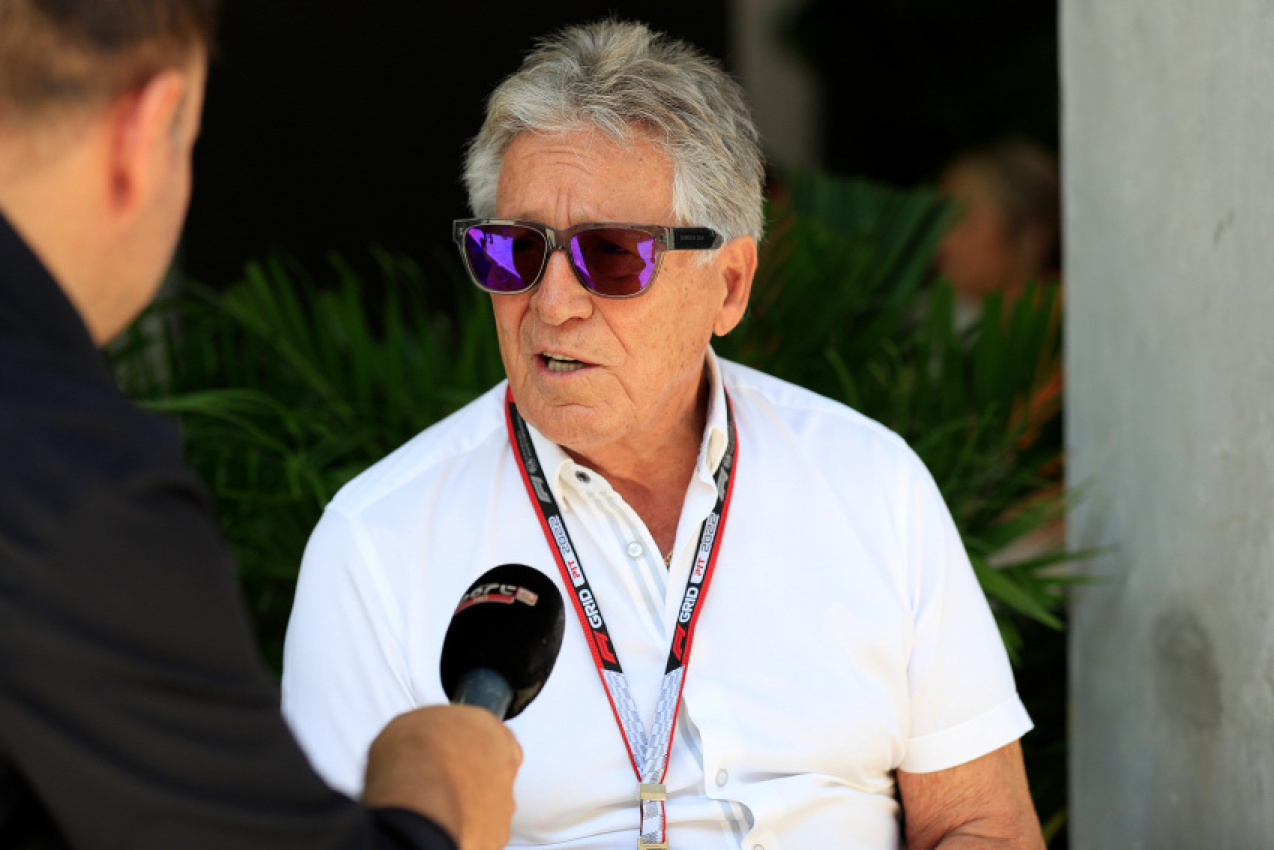 It’s no secret that Michael Andretti, a former IndyCar and Formula 1 driver and current IndyCar team owner, wants to add an F1 team to his substantial holdings, be it through buying an existing team – though it seems there isn’t a suitable one available – or starting a new team, possibly with IndyCar’s Colton Herta as a driver.

Andretti and his father Mario, a former F1 champion and a grand marshal for Sunday’s Formula 1 Grand Prix of Miami, are here in town trying to drum up support for Michael’s effort. He says he has the $200 million buy-in ready to go, but F1 royalty hasn’t decided whether to let Andretti start an 11th team, and it could be months before they decide.

In a press conference Saturday with F1 team principals Toto Wolff of Mercedes, Zak Brown of McLaren and Laurent Rossi of Alpine, the message to Andretti seems to be twofold.

One, don’t hold your breath.

To be fair, F1 isn’t, for god’s sake, a charitable organization – it, and its teams, run on pure 110-octane money. And beyond that initial $200 million, the three executives want to know how a team headed by Michael Andretti would put money in their pockets, instead of taking some away.

Wolff explains that: “We have 10 entries today, and we divide the prize fund among those 10 entries. We have invested considerable amounts over the last 10 years. I mean, each of the organizations sitting here on the podium has probably put more than a billion into Formula 1 projects over the years, so it needs to be accretive. If a team comes in, how can you demonstrate that you’re bringing in more money than it’s actually costing, because the 11th team means a 10 per cent dilution for everybody else?”

Fair question. A possible answer: F1 is booming in North America right now, with three races – Circuit of the Americas, Miami, and soon Las Vegas, in the U.S. Might not a true American team, with at least one American driver, not add to the popularity? Popularity is profitable. 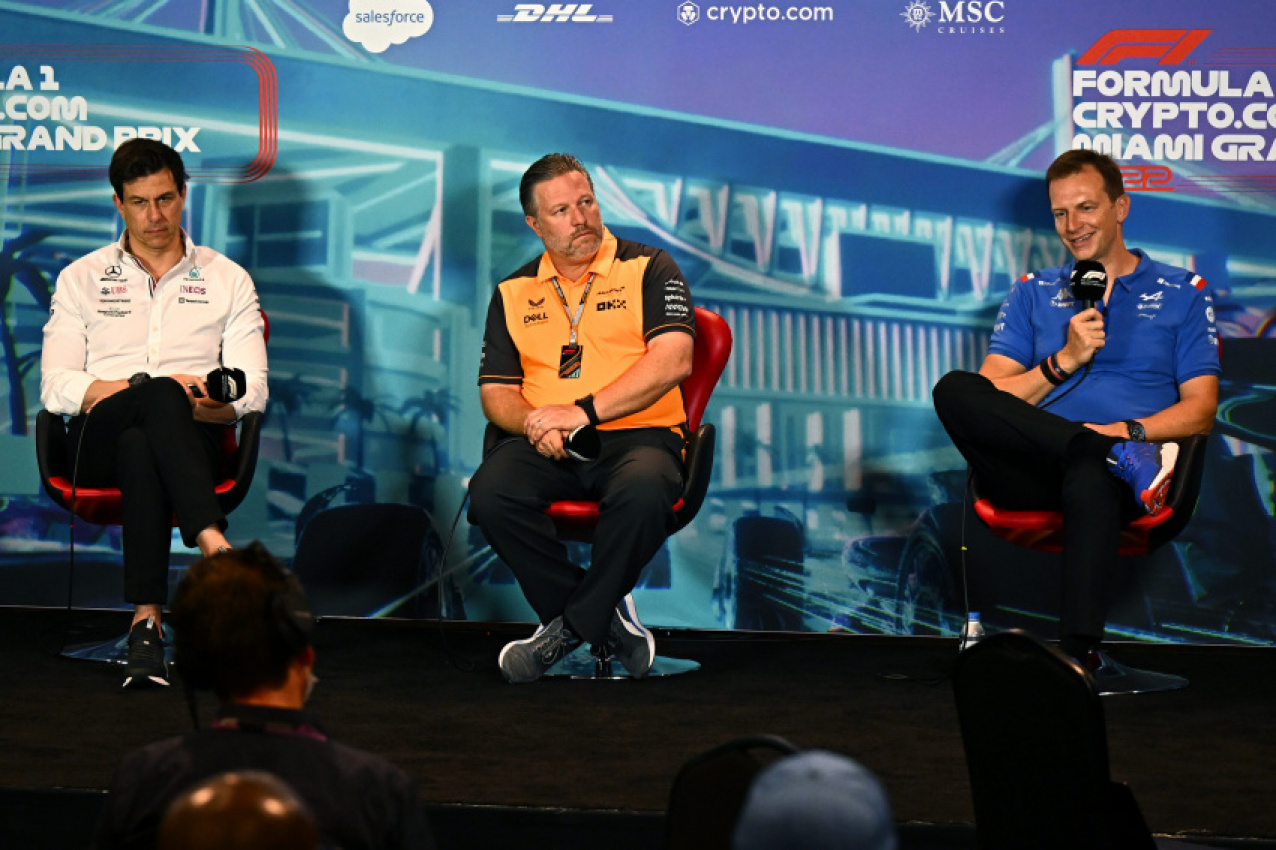 Still, Rossi seems unconvinced. An American team “will directly generate, I guess, interest in the U.S. And therefore, revenue. [But] we need to demonstrate that it’s enough to compensate for the dilution that Toto was mentioning.”

“As long as it’s a team that helps build the sport – unlike some of the other entries that we’ve seen over the years that have come and gone in year two or three – I think we can’t accept teams like that,” Brown said. “But a very credible racing team with a credible brand, with the right resources, I think is additive to the sport.” And he said he thinks Andretti might be able to check that box.

There’s no denying that 10 is a nice round number, and it makes the math easy: Lots of money, divided by 10. But having a home team to cheer for – and we’re well aware that Haas F1 is American-owned, but Gene Haas has done confoundingly little to remind us of that – is an opportunity Formula 1 should not discount.

Michael and Mario Andretti have to walk on eggshells when talking about that, for fear of offending the delicate sensibilities so prevalent in F1.

But we don’t. Get off the pot, and give Andretti a shot, and give us one more tangible reason beyond a potboiling Netflix series to follow Formula 1. The racing is excellent right now but having a team that knows how to truly activate in the U.S. would make it that much better.

How is one of the first Tesla Model Y crossovers holding up after two accidents and a battery replacement? Ryan Shaw has owned his Tesla Model Y for two years now. It’s actually a bit hard to believe the electric crossover came to market back in March of 2020, at ...

The bed of your truck is where you can carry a lot of gear needed for work or play. The challenge some truck owners face is how to store items in the bed while having room for other materials. Some trucks, such as the Ram 1500, offer a solution with ...


View more: Is There a Better Way to Secure Items in Your Truck Bed?


View more: No, You Couldn’t Have Driven the Oly Bronco Any Better

India’s automobile market is expanding at a rapid pace. Gone are the days when we only relied on two or three automobile companies for our transportation needs. Now, it gets a little difficult to choose which vehicle suits you best. Here are some of the MPVs today:  Toyota – ...

No, this isn’t a Dateline episode about vehicle fraud…yet. This luxury vehicle con started in Virginia but moved around as the couple managed to swindle car dealerships out of over 20 cars. How did these two scam so many car dealerships by faking someone’s death? The plot for this luxury ...

If you’re an enthusiast of Mercury, which is a presently defunct division of the legendary American automobile manufacturer Ford Motor Company, then you also will agree that the vehicle, filmed in today’s video, is far more beautiful than the prettiest woman or the most handsome guy on the planet! ...

Despite the fact that the young grandson revealed the truth and ruined the surprise by saying “we bought you a car” at 1:17, this father and son couldn’t be happier about the present for his 60th birthday. They told him to close his eyes, and led him outside, but ...


View more: Son surprises his father on his 60th birthday with a Pontiac GTO

‘Nothing has been decided’ regarding Rossi’s 2023 driving plans

Andretti pushing ahead with F1 plans despite FIA’s silence

Herta given F1 test with McLaren

Andretti has ‘formal agreement’ to run Renault engines in F1