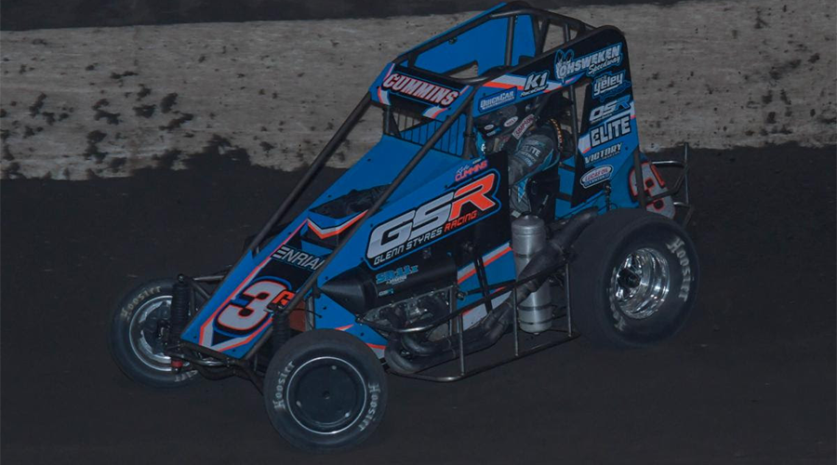 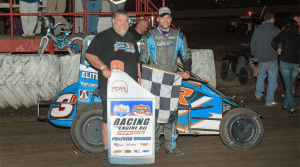 Launching the field on the initial green flag launch would find Kyle Cummins and Cannon McIntosh battling intently into turns one and two with McIntosh gaining the early running advantage over the field of hungry competitors.

Leading for the majority of the feature event, McIntosh would appear to be well on his way to capturing the feature victory, until late-race restarts would bunch the field back together and give Kyle Cummins a chance at high-side hustling to the front.

Using the final few laps of diamond-driving the corners, Kyle Cummins would snatch the victory away from McIntosh and hold the front for the final laps of the thirty-lap feature event.

“I simply don’t like running the bottom,” said a victorious Kyle Cummins in the Macon Speedway victory lane. “This means a lot for this whole team, I have never been here before and the crew really won this for me, this car was awesome tonight”.

In the POWRi 600cc Outlaw Micro League, Joe B Miller would again impress in the ILLINANA Showdown and capture his league-leading 45th career feature victory. Miller would edge out Craig Ronk and Austin Schaeffer.