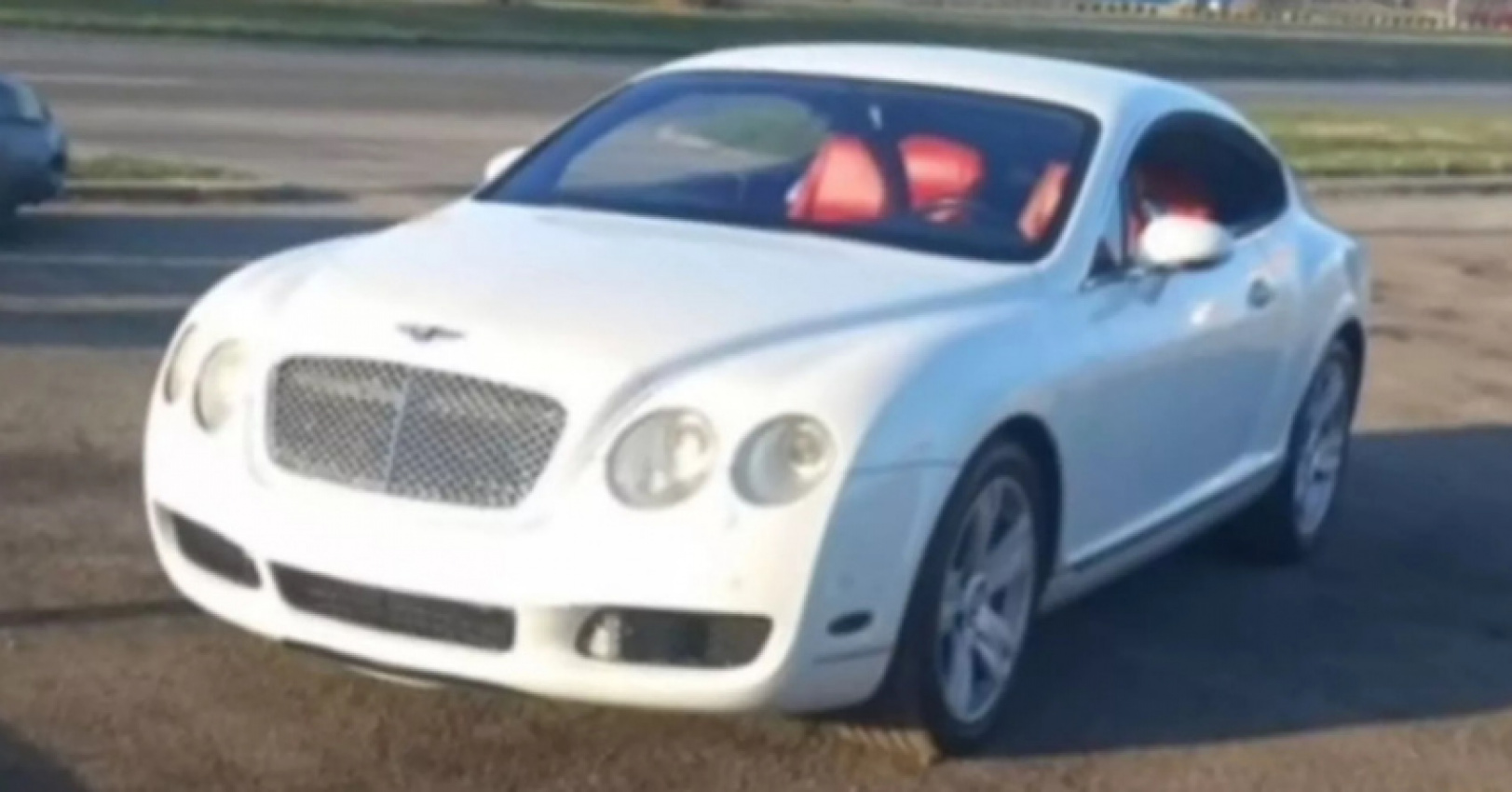 While selling things on online marketplaces there is always an underlying risk that the transaction may or may not lead to a mishap. Even the websites themselves warn the sellers that they should be cautious as they will be meeting a complete stranger. But despite the warnings, unfortunately in this recent case, the seller of a 2004 Bentley Continental GT got carjacked and the incident then resulted in a shooting.

According to Fox 2 Detroit – an American news channel, recently a man was trying to sell his White 2004 Bentley Continental GT on Facebook Marketplace which has become a popular website in the US as people can list their vehicles for free and instantly be contacted by interested buyers. The seller had been speaking with someone acting as an interested buyer and arranged to meet in the parking lot of an office building in Troy, Michigan.

Everything appeared to be going smoothly during the preview of the vehicle until the prospective buyer sat in the driver’s seat and took out a semiautomatic handgun. Following which the carjacker then averted his gaze for a moment, and in the meantime, the seller took out a gun of their own. Undaunted by the seller, the robber then drove the ultra-luxury coupe straight towards the seller, crashing into the seller with their own vehicle. The man then fell to the ground as a result of this, and his gun fired in the process, however, no one was injured.

Soon after, the supposed buyer, as well as the individuals who arrived with him in a black Chevrolet Malibu, took off in the Bentley. The seller, on the other hand, was fortunately unharmed. The seller reported the incident to the police, but they just have a hazy description of the culprit. The police are still looking into the matter and attempting to figure out the carjacker’s IP address. The police said that the investigation is underway.

Last year in India it was revealed that Delhi has reported the highest level of vehicle thefts. In the capital city, more vehicles were stolen than the number of mobile phones. Between 2011 to 2020, 3,07,000 vehicles have been stolen according to the data from Delhi Police.

The number of vehicle thefts is also not decreasing. Till June 15th, 15,667 vehicles have been stolen. In 2020, during the same period 13,130 vehicles were stolen. So, the figures of stolen vehicles is continuously increasing.

According to experts, the increase in vehicle thefts is due to the prevalence of criminal groups that are well organized and disciplined operation. They also have well-established networks. Due to this, it is difficult to catch them and find the stolen vehicle.


View more: The art and craft of Bentley’s ‘Flying B’

Bentley customers are electing more personalisation than ever before, resulting in record revenue. Bentley is ready to record its best year on record following strong Q3 2022 sales results. The British luxury car maker says profits have doubled year to date to over $880 million.   The huge revenue increase ...


View more: Bentley is on a record sales push this year

He wanted all his toys to look like it… The thing poor people don’t understand is how difficult it is being rich. After all, when you buy a new Bentley Bacalar and add all kinds of bespoke details to it, you’ll also have to customize your private jet and helicopter ...

The weight gap between these two coupes is substantially massive.


View more: Bentley Bentayga Odyssean Edition is a luxury SUV that wants to save the planet

Bentley, which is currently celebrating record-breaking sales growth, has unveiled a rare limited edition version of its Bentayga SUV that will go on sale this month. Called the Bentayga Odyssean, this trim features a number of unique cosmetic alterations inside and out, and makes use of a hybrid engine upgrade ...

It focuses on sustainability and saving the precious planet.

Everything you need to know about the Bentley Continental

Bentley teams up with shoe designer for one-off Flying Spur