In 2022 Tesla has had several price increases for all its models. Whether that has anything to do with used Tesla prices, we can’t say for sure. But used Tesla vehicles are selling for way more than they were this time last year. And last year prices were high. So, what’s going on?

Some reasons for Tesla’s price increases are obvious, and some not 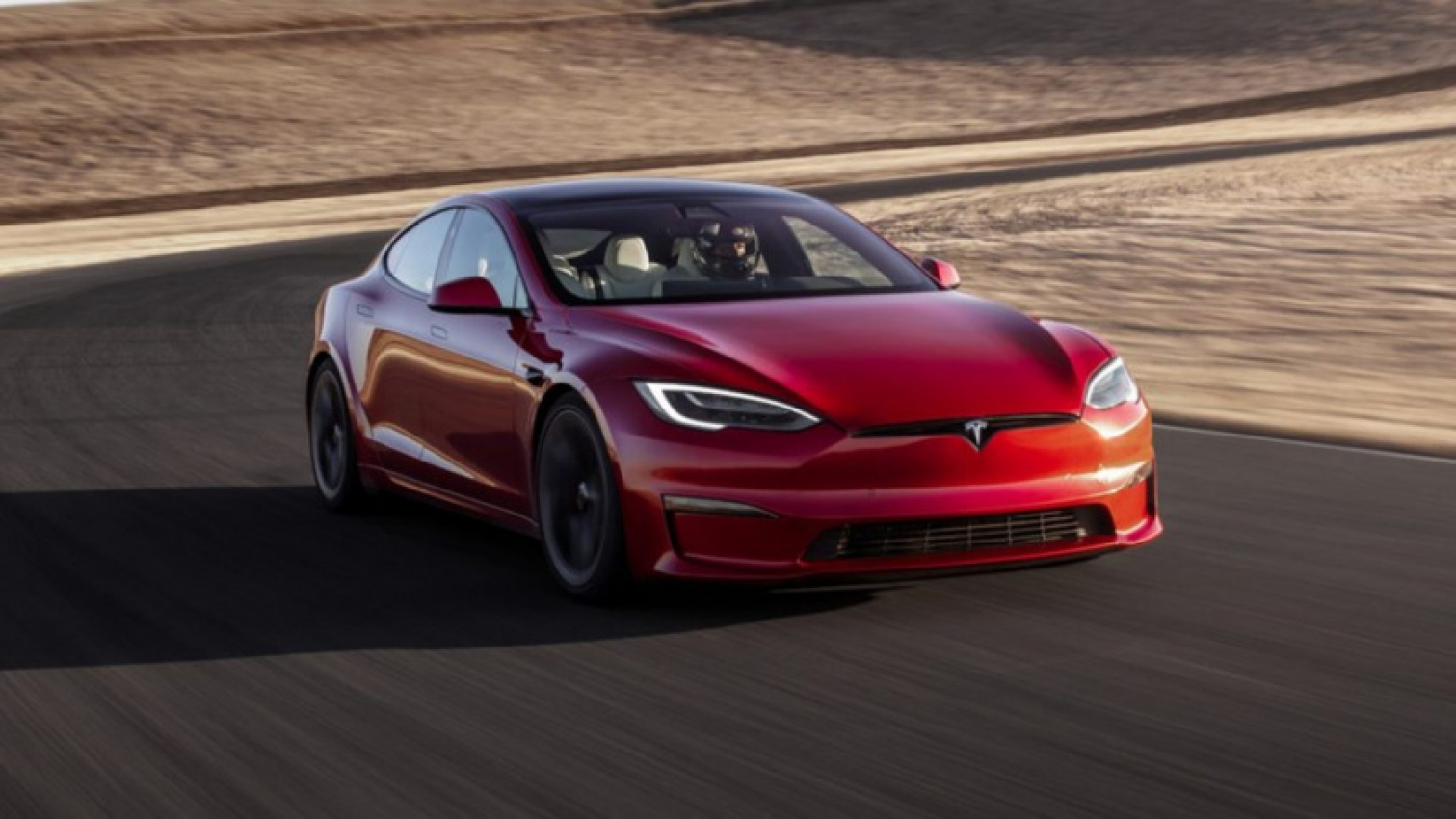 The obvious factor is that any used vehicle is going for the top, top dollar. We know that with a scarcity of new vehicles, buyers have fallen back to used models if they really need a newer car. Some two- and three-year-old vehicles are selling for more now than when new. But in the case of the crazy Tesla prices, there is something more going on.

It could be that due to interest in general of electric vehicles, the price increases are an inevitable outcome. Gas prices being so high means car owners are looking for an alternative. Tesla is considered the top choice for EVs. And CEO Elon Musk doing one thing or the other leading daily news reports keeps the brand in everyone’s consciousness.

Recurrent is a company that tracks car prices. It has charted the last year’s Tesla pricing that clearly shows prices, contrary to previous times, going up and up. Ah, they’re supposed to go down as age and mileage increase.

How much have prices for Tesla EVs increased? 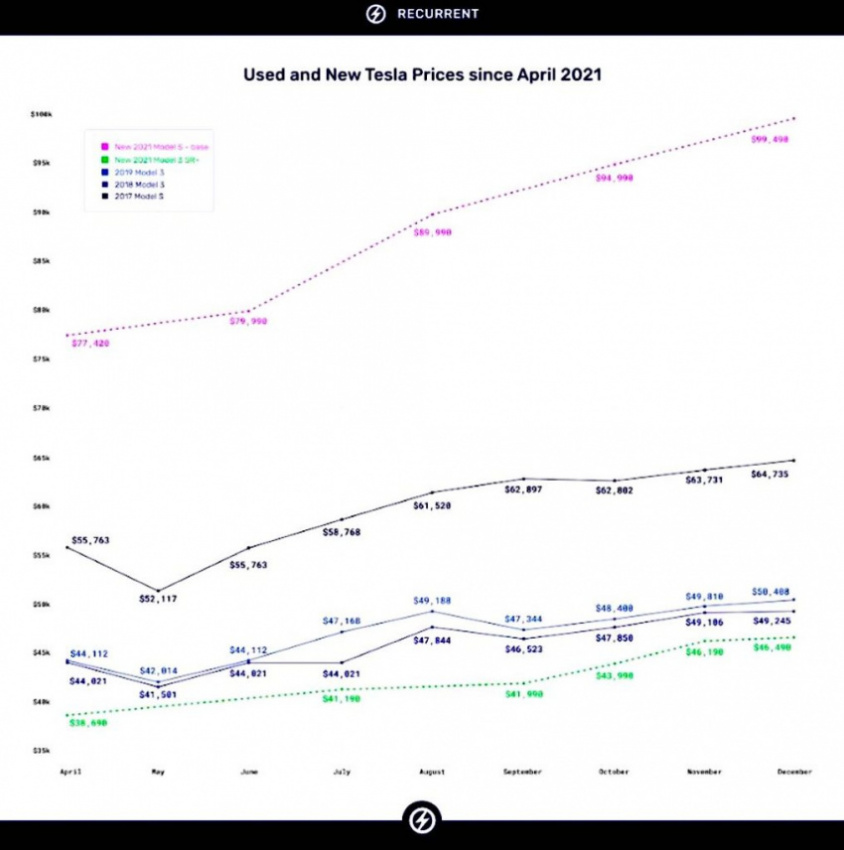 Its first chart shows prices for both new and used Teslas from this time last year through the end of 2021. Especially, for the Model S sedan, prices bounced 30 percent for the year. These figures are based on sales and prices through dealers that are tracked.

Once we hit the new year, prices started falling just a bit. It looked as though used Tesla prices were easing. But once spring had sprung, they whipped back up. That’s also when gas prices started the daily increases we all have endured. And we were into the second or third new Tesla price increase.

Used Tesla prices have reached their December numbers, which puts most models at 10 to 20 percent more than this time last year. And they look like they’re on a trajectory to hit January’s numbers again. Could they go further than that? 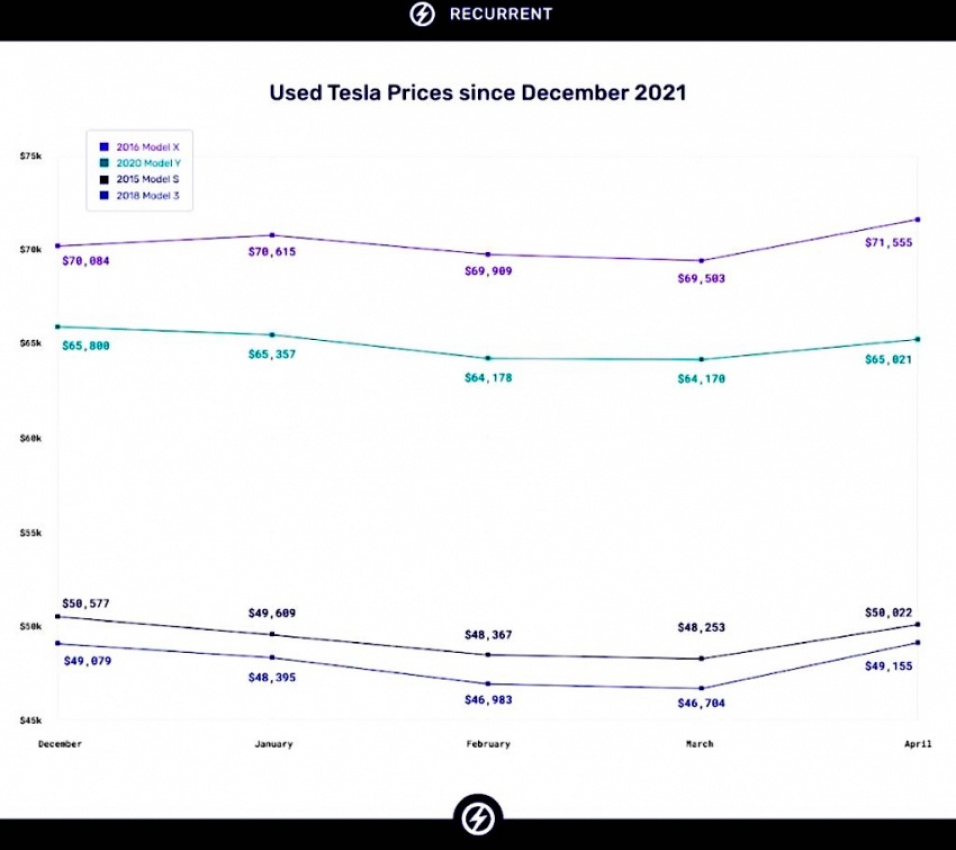 Many new Tesla models are sold out for 2022. So we’re back to new car supplies driving gently used counterparts. Add the price of gas to the formula and we could see ever-increasing prices. Though we have to give Tesla credit as it is ramping up production now.

Car manufacturers are struggling to get through supply chain issues. Even though they announce things are bounding back, low sales volume speaks to the contrary. Last quarter was not a good time as far as production goes, no matter the happy face manufacturers may put on it.

So this will carry over for a few years as fewer new cars mean fewer used vehicles over the next several years. What we can say is that if you have a used Tesla right now, you’re in a terrific position to order a new one and have it mostly covered by your old Tesla’s selling price. That is if you’re not leasing it, which most Tesla drivers are.

Keyword: Have You Seen the Crazy Prices For Used Teslas?