It would be absurd, and maybe even clickbait, to compare the Ford Mustang Mach 1 against the Ford Mustang Mach-E GT, wouldn’t it? Sure the two vehicles might be both sold by Ford and both have the words “Mustang” and “Mach” in their names, but apart from that, these two Mustang-branded cars have almost nothing in common. 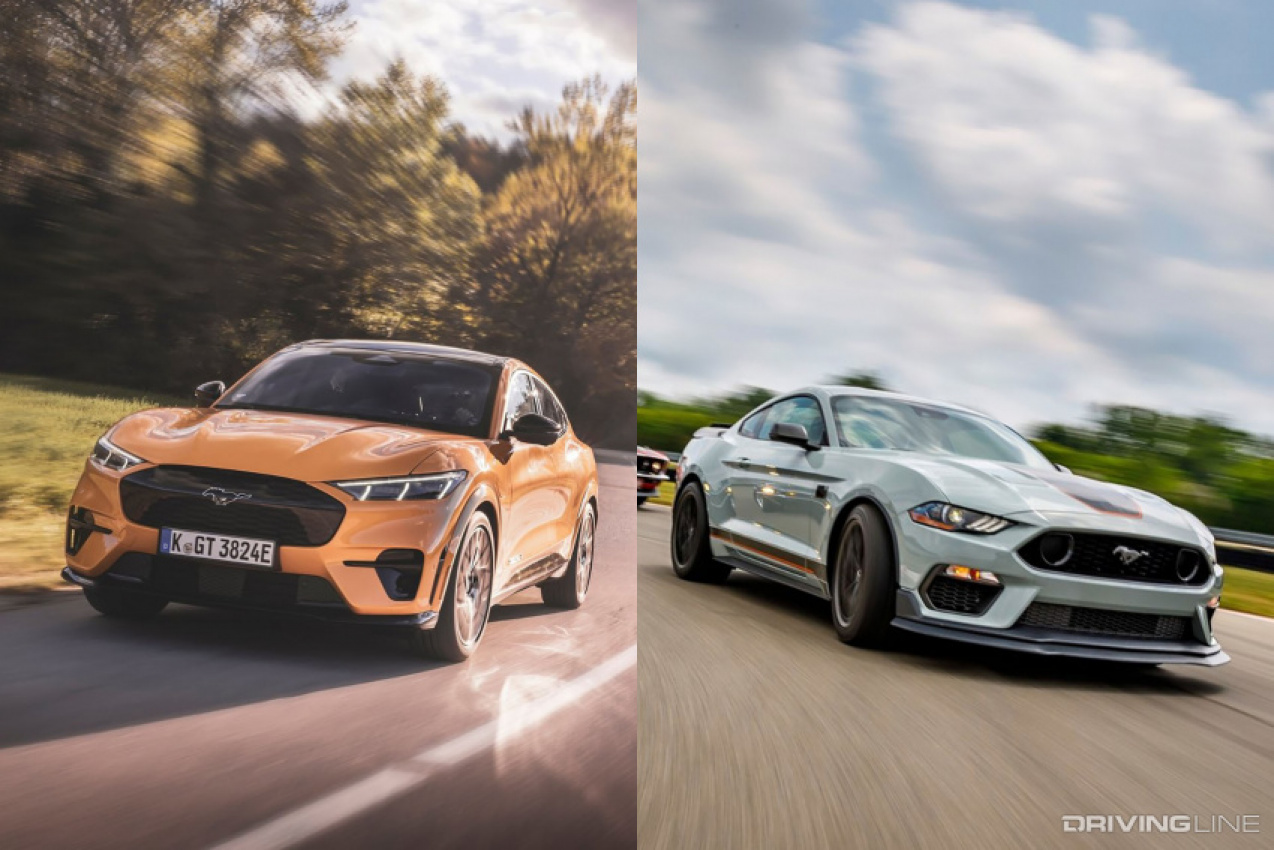 After all, the Mustang Mach 1 is a two-door, rear-wheel drive coupe with a V8 internal combustion engine and a standard manual transmission. The Mustang Mach-E GT is an all-electric, four-door crossover SUV with all-wheel drive and no gears to shift through whatsoever.

Yet, if you look into real-world costs and real-world performance, these two Fords actually make for an interesting comparison. Here’s why:

At the moment, the Mustang Mach-E GT Performance Edition is both the performance flagship and the most expensive member of the Mach E lineup, with an MSRP of $68,000. 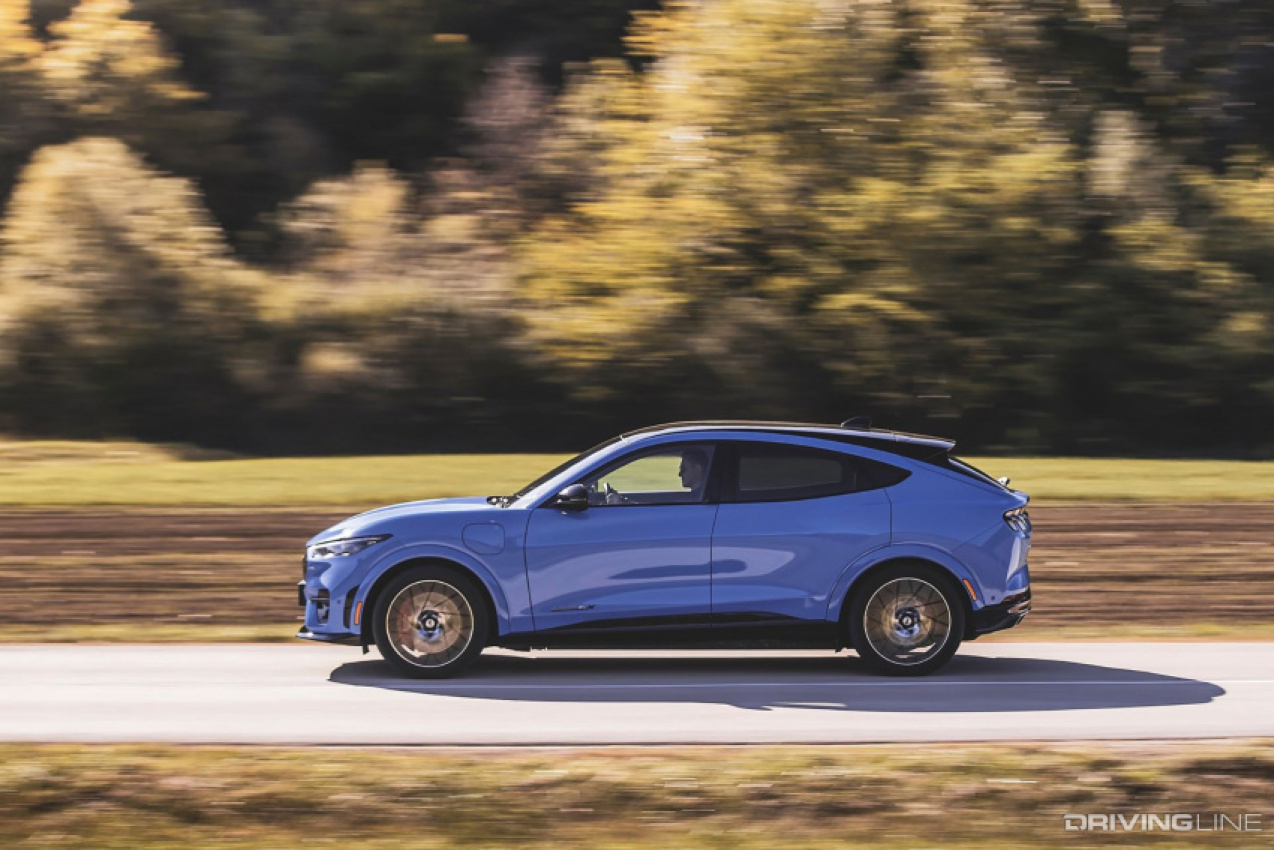 On the other side, depending on specific options, the Mustang Mach 1 with the much-recommended Handling Package has an MSRP between $60,000 and $62,000. 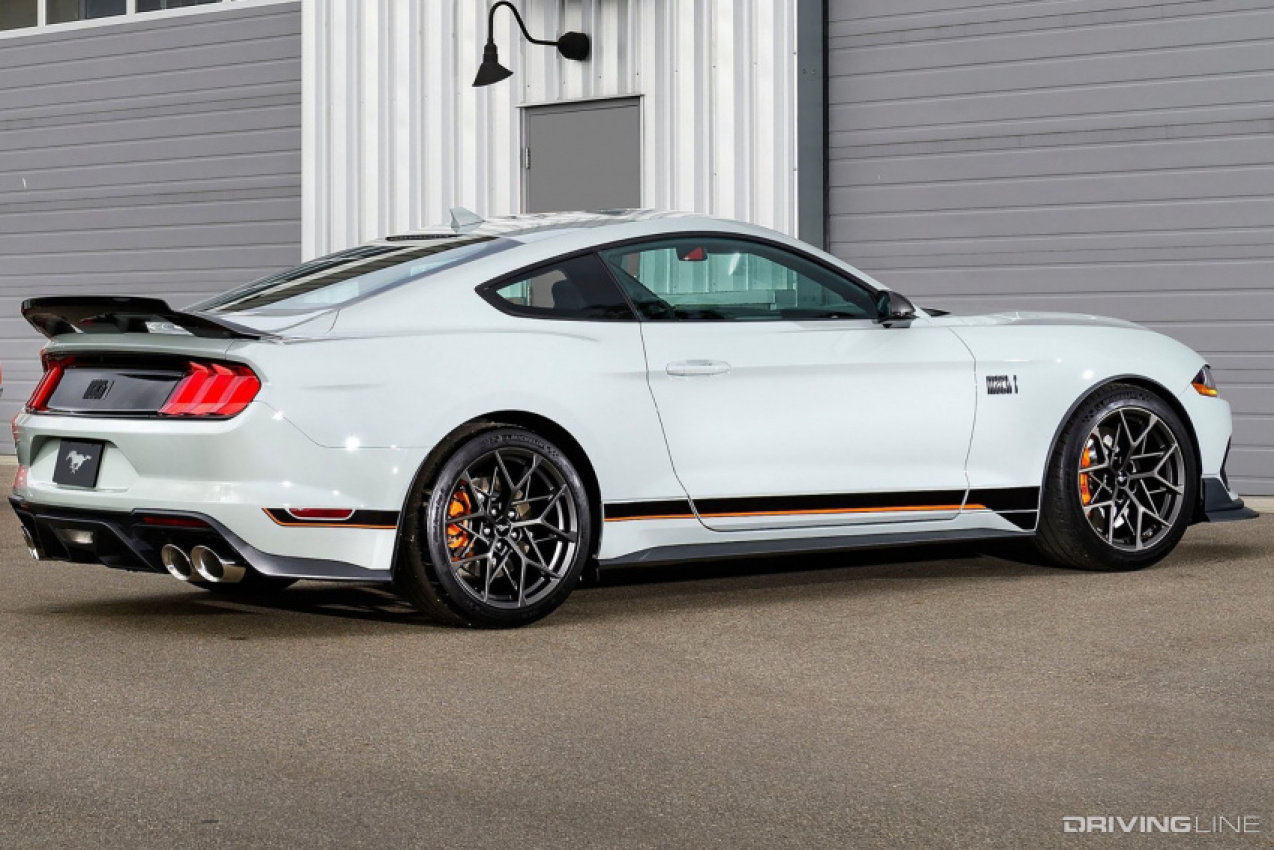 On paper the Mach-E is priced a fair bit higher, but being an EV it’s eligible for a $7500 federal tax credit that basically makes the prices equal. And if you factor in varying state or local incentives, the Mach-E GT might even be a slight bit cheaper in the real world. 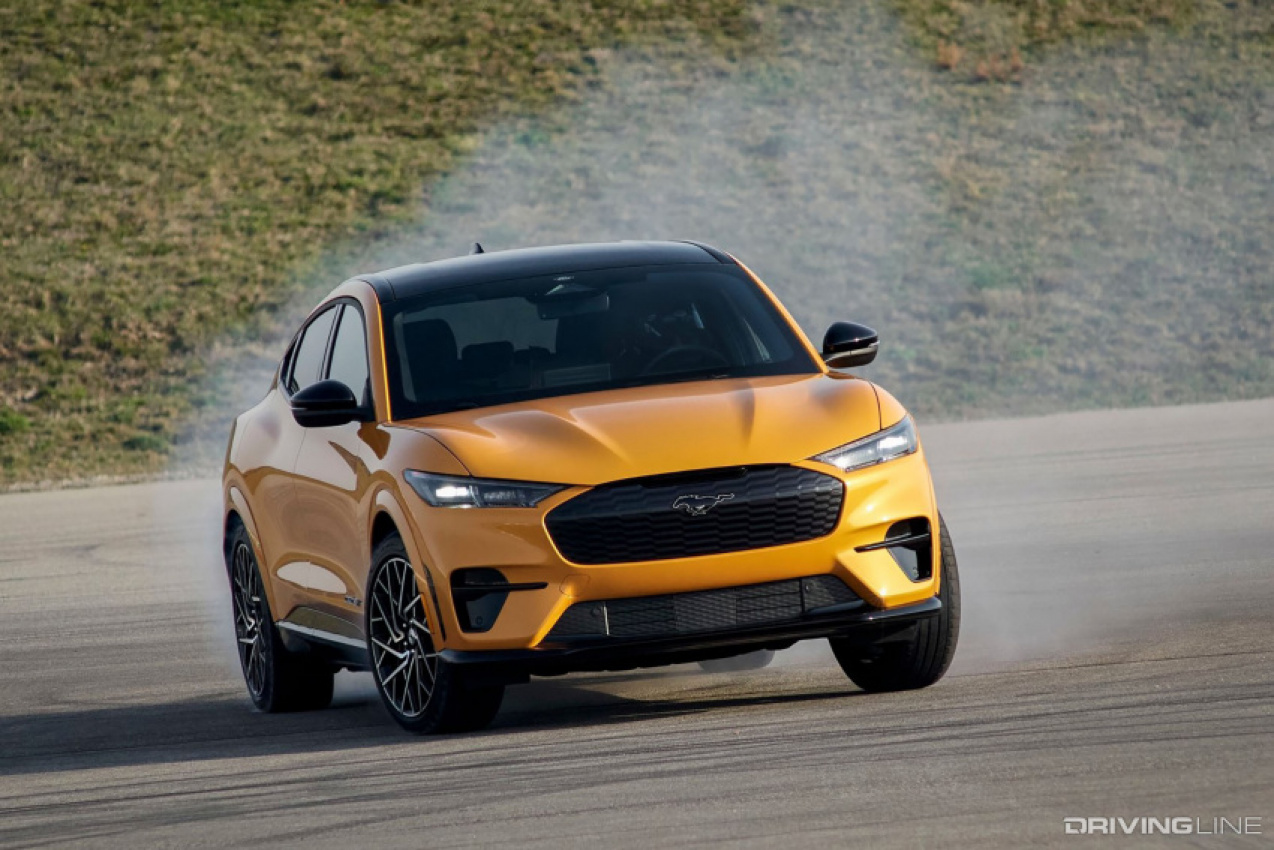 While horsepower ratings are exactly the same and even quarter-mile ETs that are quite similar, there some big differences in performance between the two. 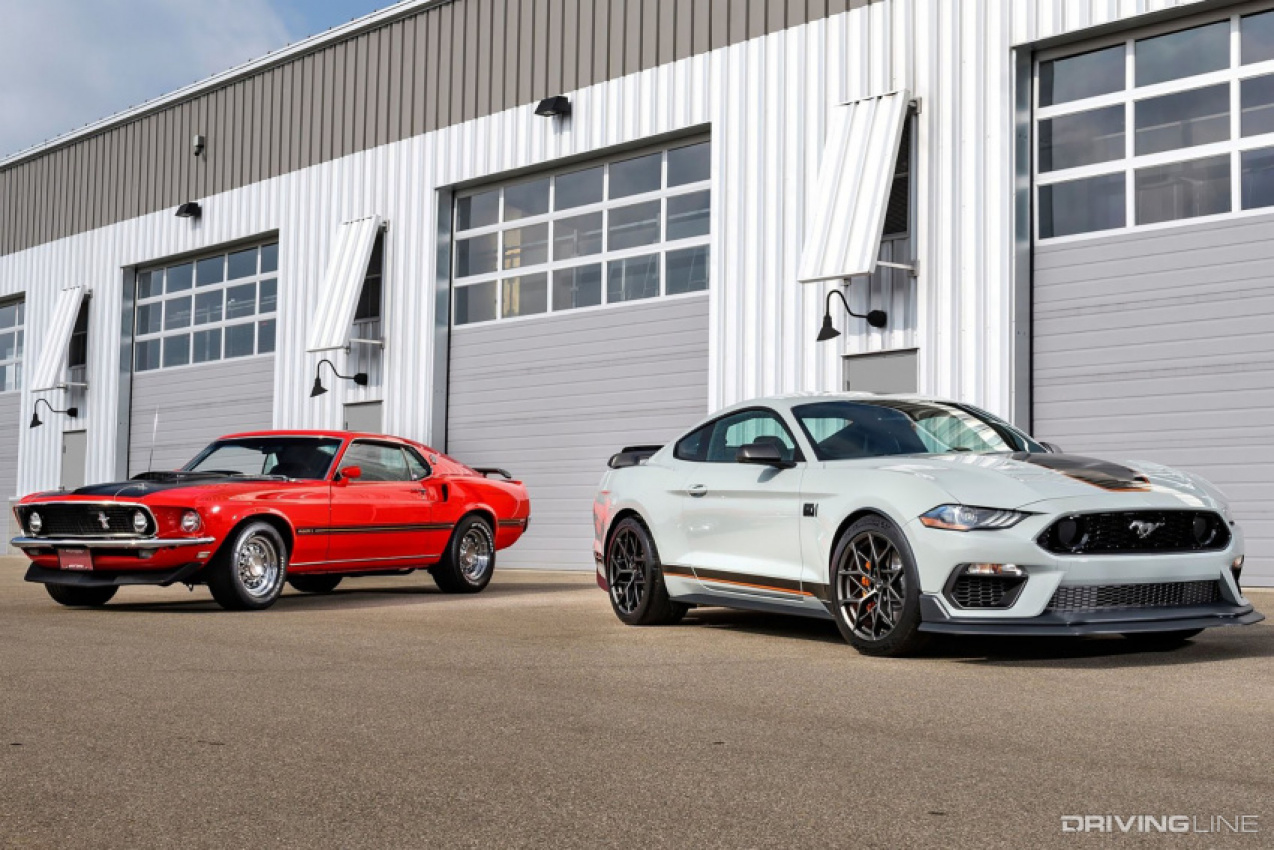 With its massive rush of instant torque and AWD traction, the Mach E smokes the Mach 1 in a 0-60 run by over half a second, but at higher speeds the performance of the Mach-E falls off, as is always the case with EVs. And by the end of the quarter-mile, the Mach 1 should be slightly ahead and will be traveling much faster. 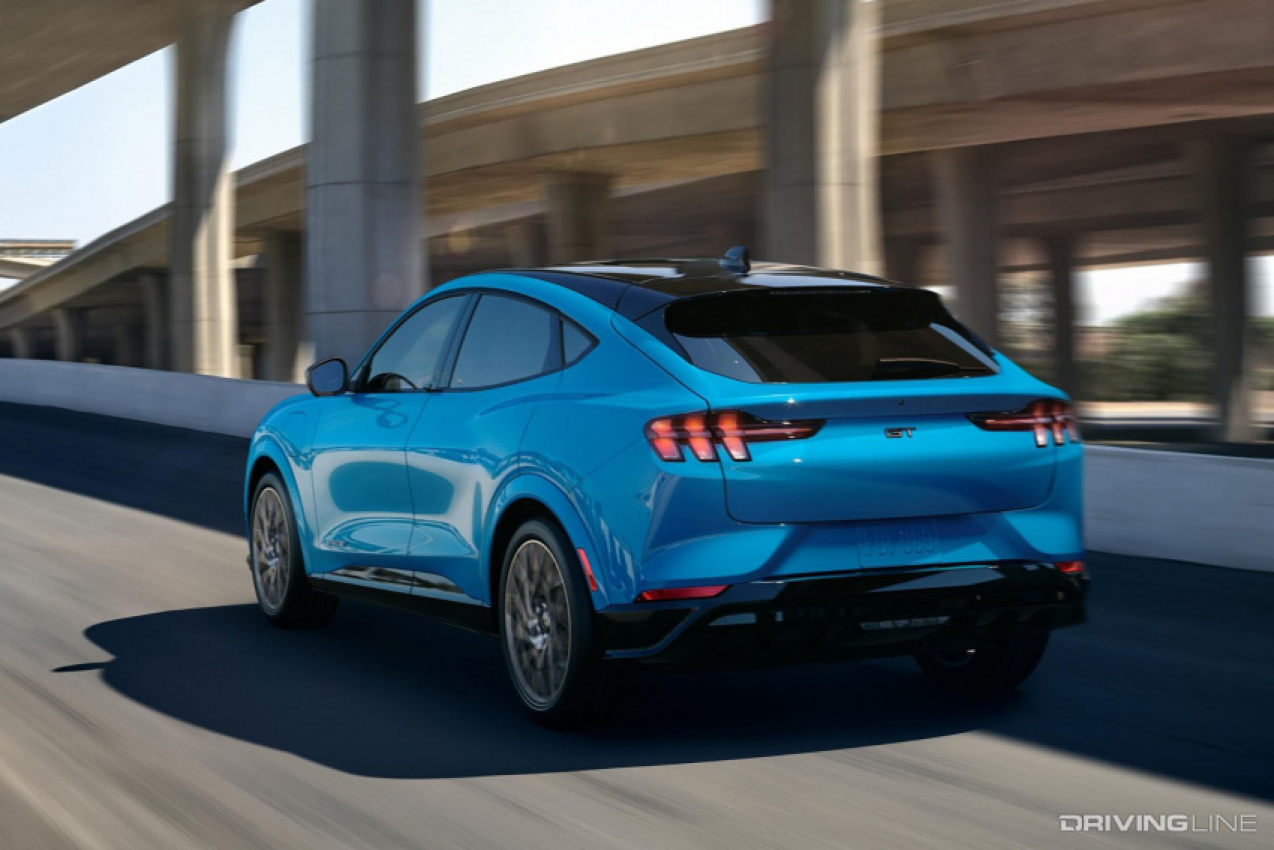 It should be the same story on a road course, where the Mach E’s torque and traction will make it fast out of corners, but the Mach 1’s lighter weight and better top-end power will make it noticeably faster overall. 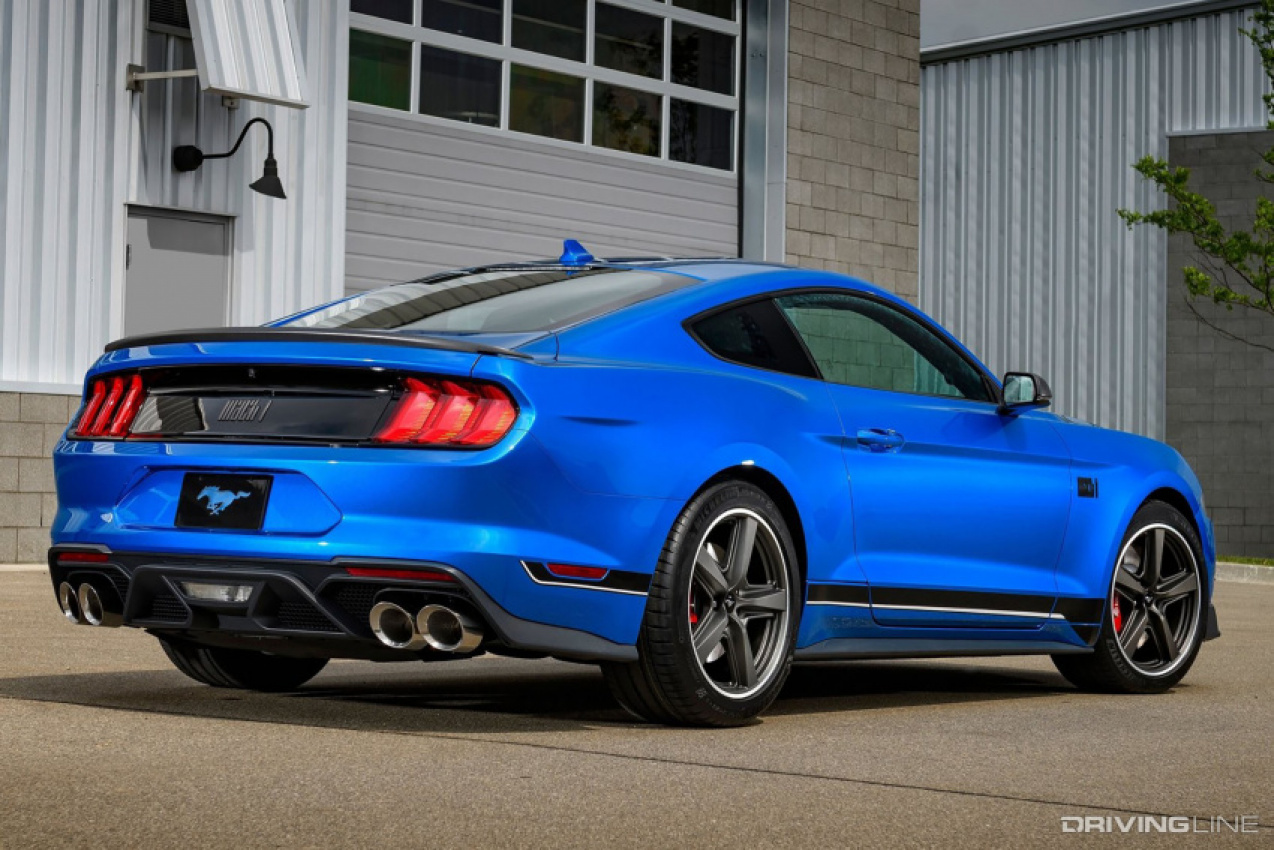 Being a four-door crossover, the Mach-E is massively more practical than the Mach 1, fully usable as a family vehicle if you choose. And its AWD traction also makes it more useful in varied conditions. 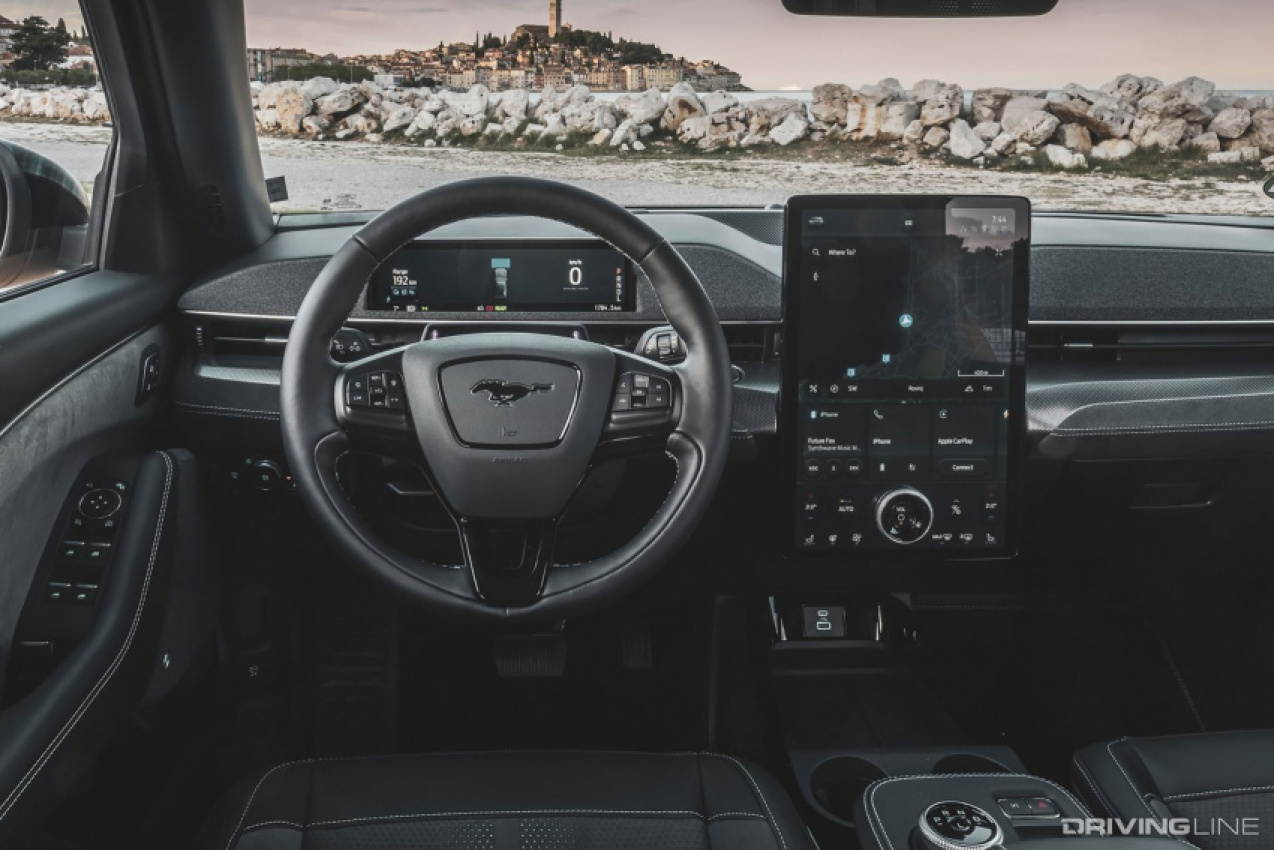 Around town, in short bursts, the massive and instant torque of a performance EV like the Mach-E GT can be addicting, but it will also seem very sterile to someone used to gasoline performance cars. 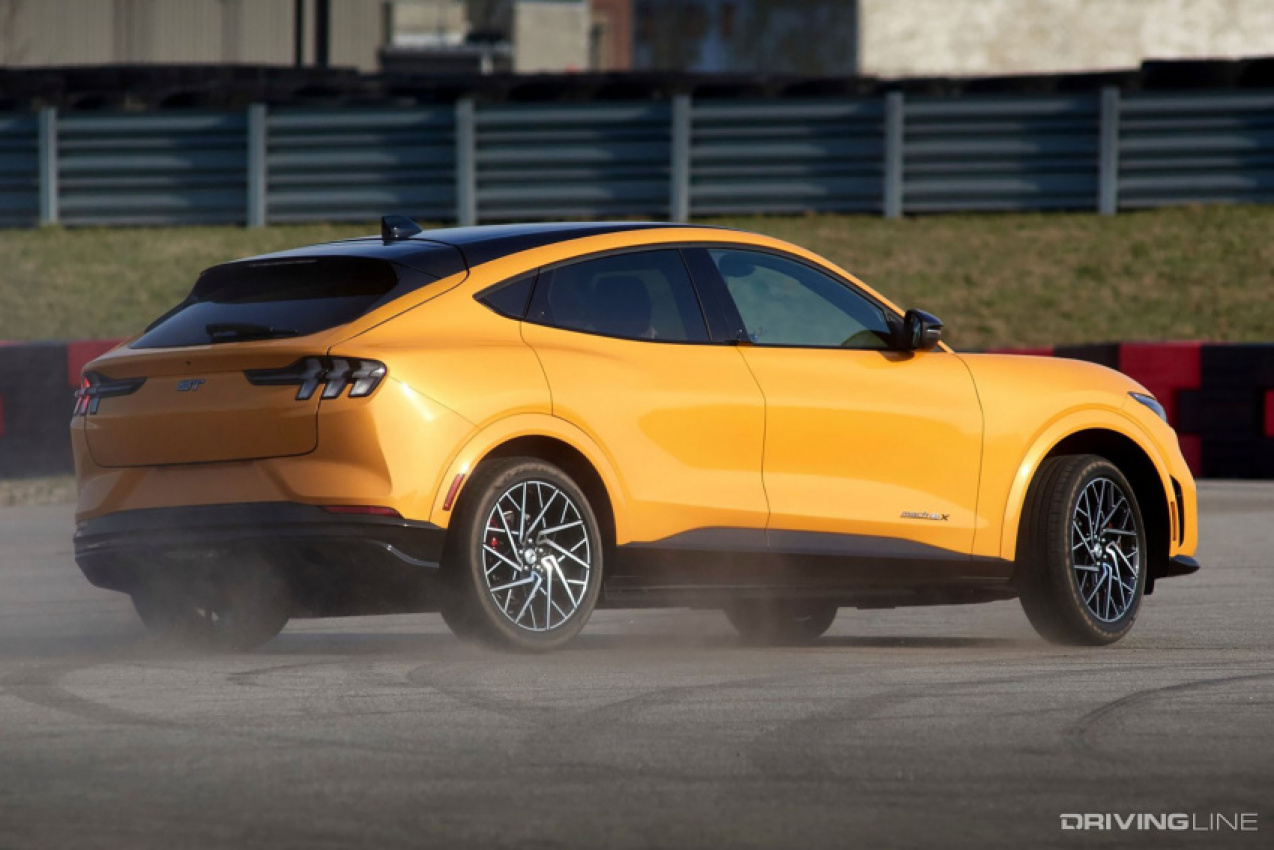 The Mach 1, on the other hand, will require you to work the car more, have a higher learning curve and is less useful in the rain or snow. But it will also overwhelm your senses with V8 noises, the ability to shift your own gears and a raw fun factor that’s hard to beat. 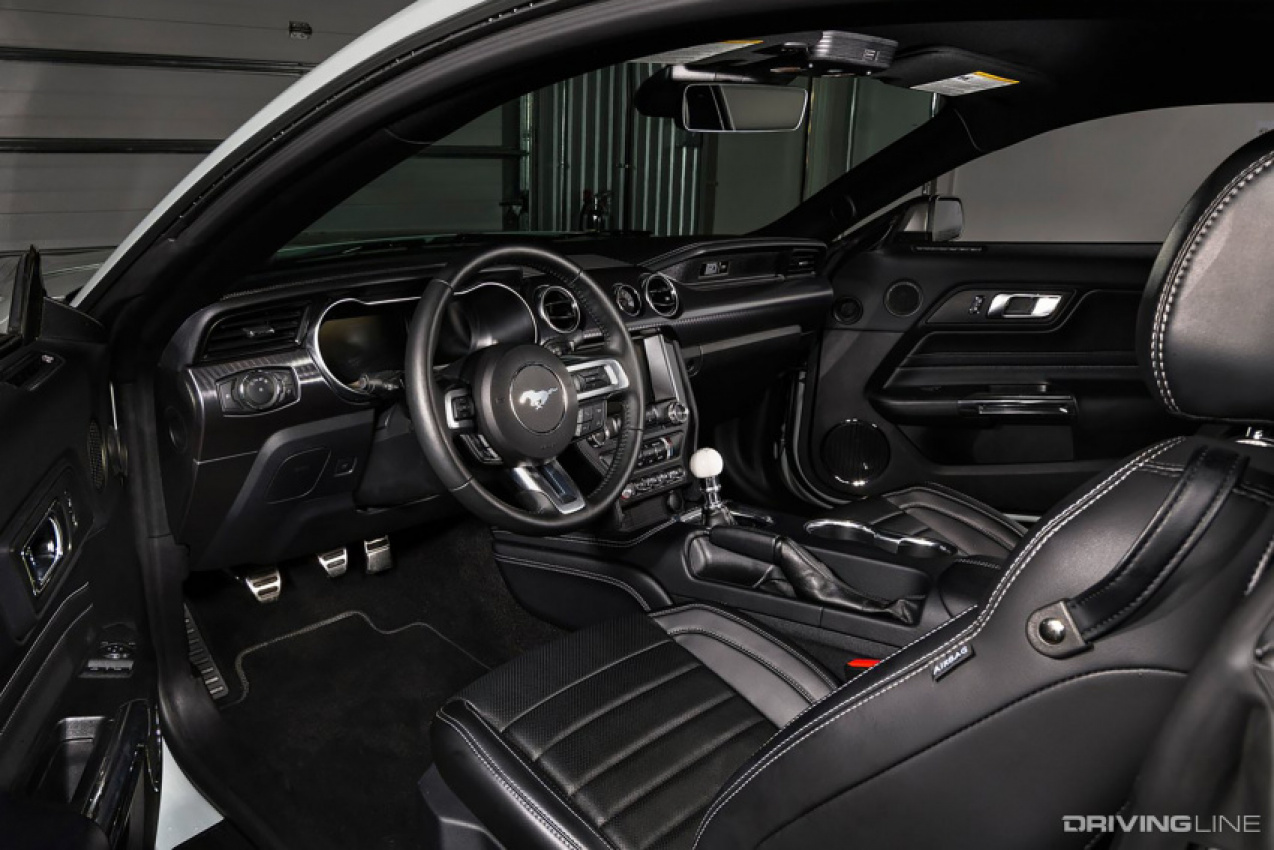 And this is all before you get to the fundamental differences in gasoline fuel economy vs battery range and charging time, which are things to be considered when comparing any gasoline or electric car. 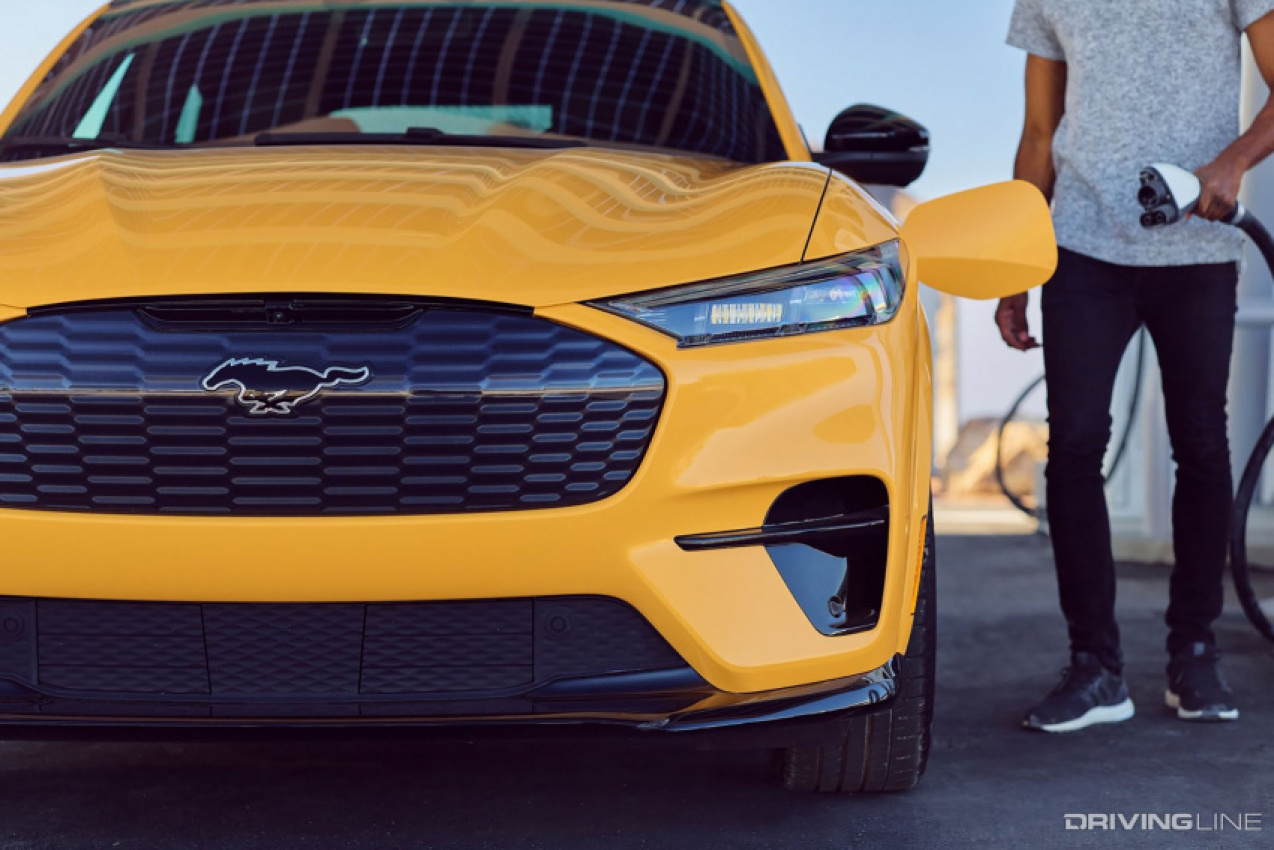 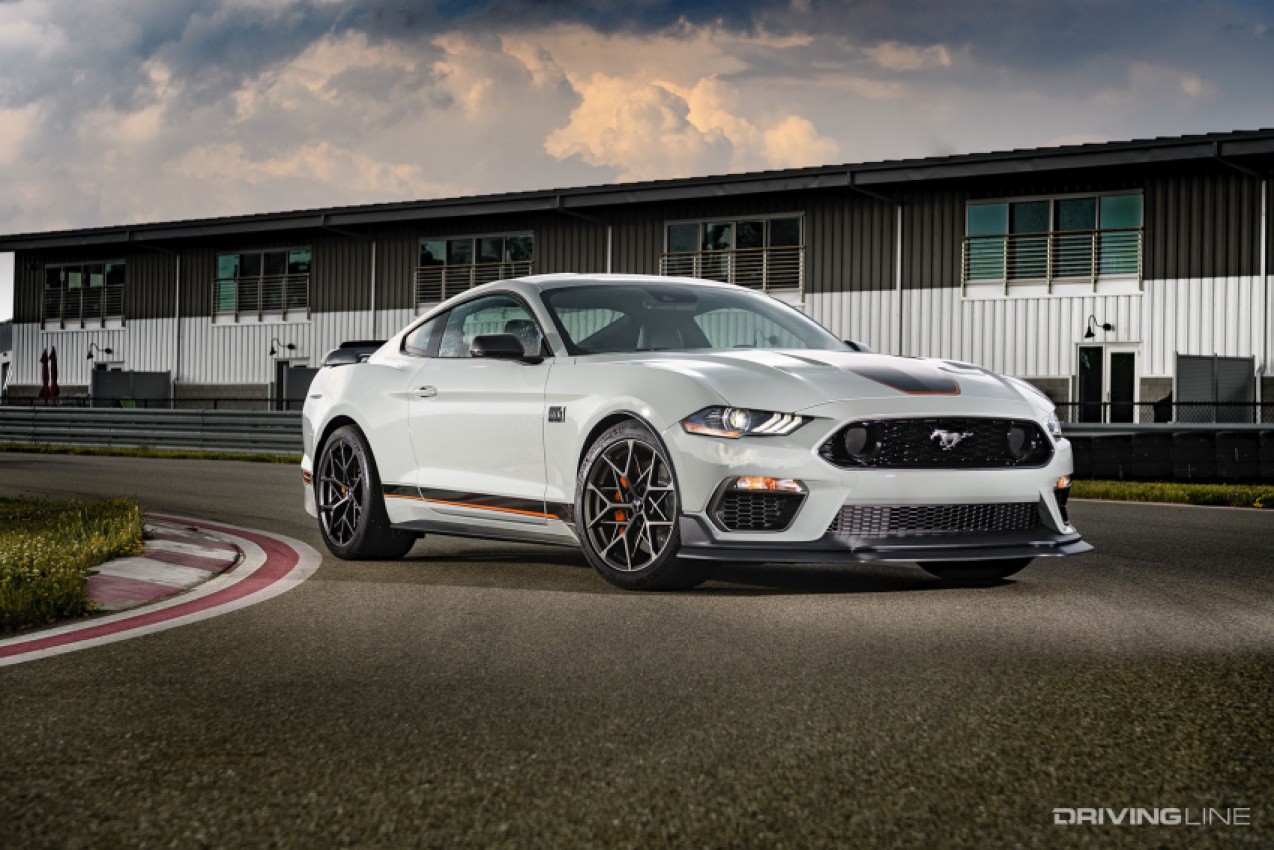 And the fact that Ford currently sells two very different Mustangs that overlap in some ways show just how much the auto industry is changing. 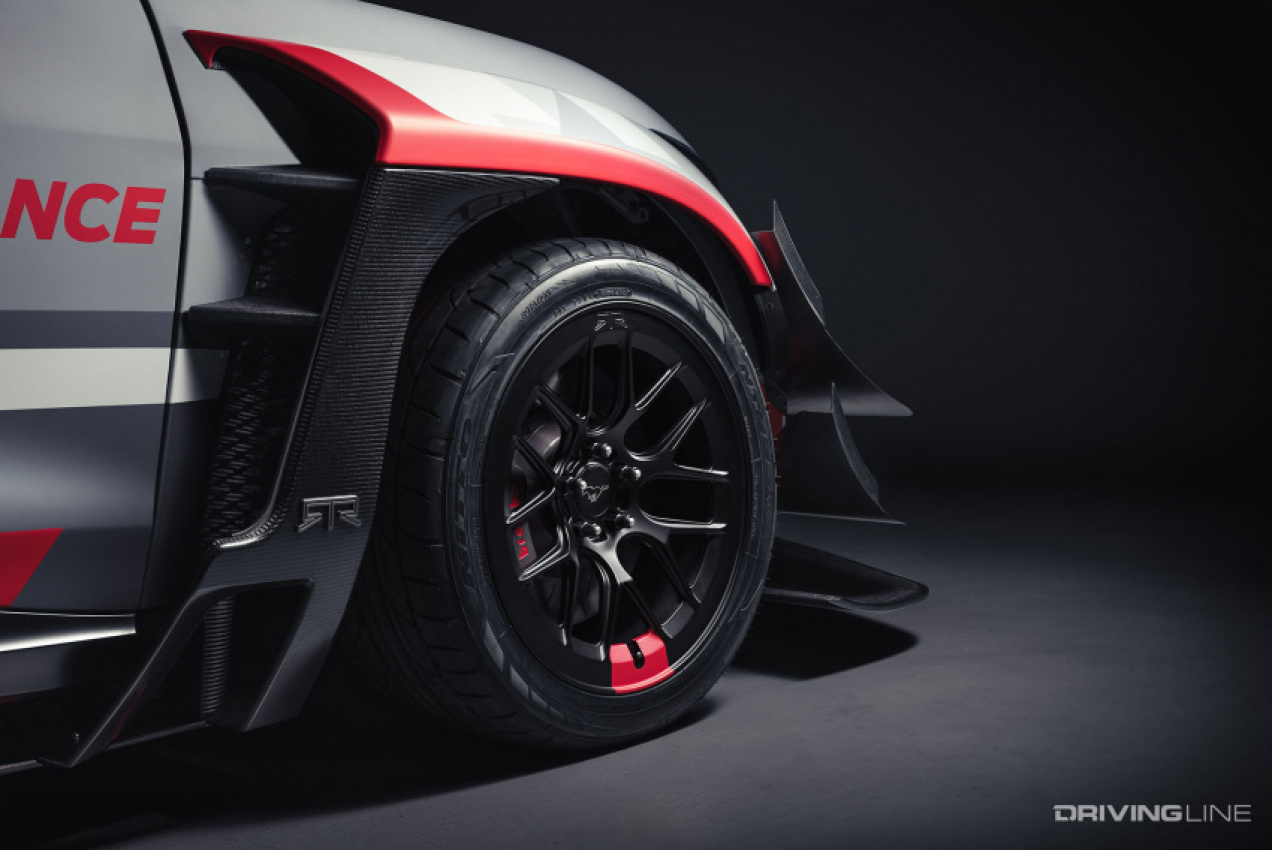 Ultimately, a comparison like this provides a great look at the “past vs future” performance battles that are going to be fought more and more across the industry in the coming years.