Trucker who gave asylum seekers a ride across the border acquitted 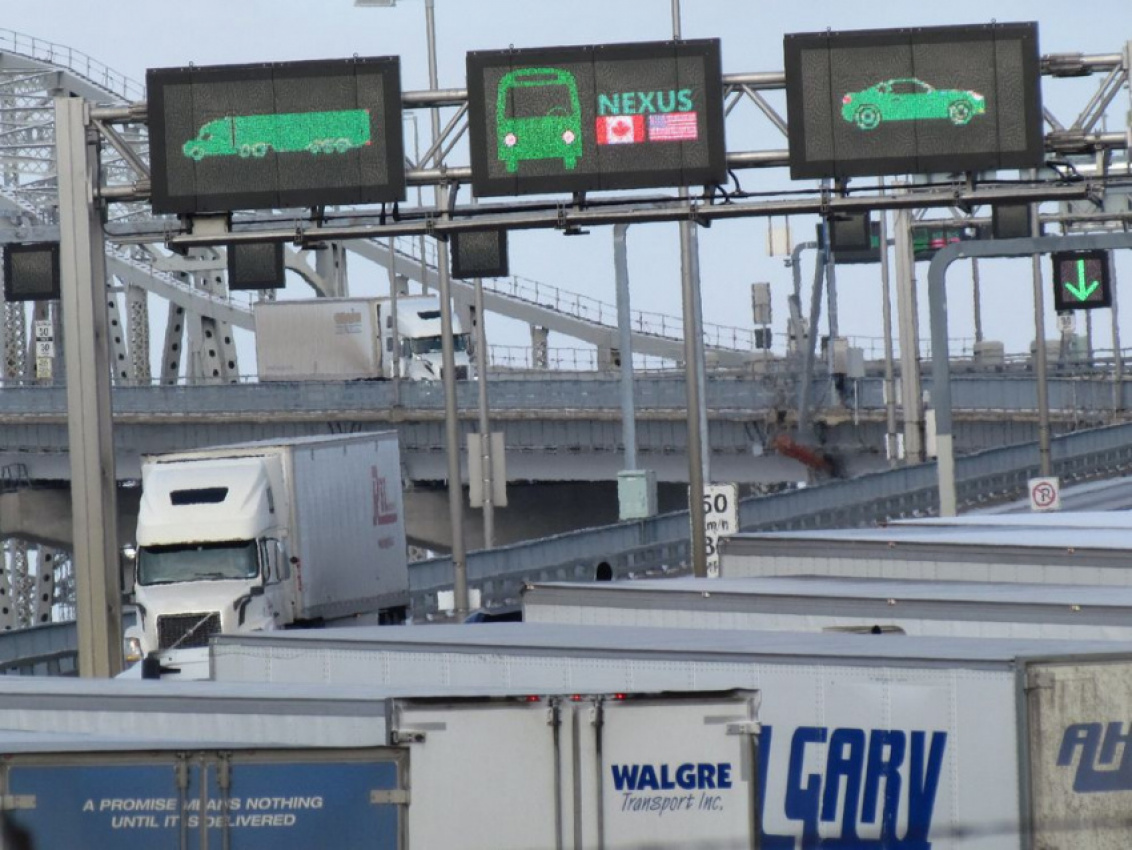 A Canadian trucker parked at a Michigan truck stop about two hours from the Sarnia-area border was approached in the fall of 2020 by a frantic family of strangers hoping to climb aboard.

“The children were crying and the parents shared their plight and their desperation to get to Canada, where they intended to seek asylum,” Justice Deborah Austin said in a Sarnia courtroom while recapping the “unique and unusual” case. “Motivated by empathy for their distress, he agreed to drive them to the Canadian border to facilitate this plan.”

The stowaways he picked up in Monroe, Mich., were discovered by Canada Border Services Agency officials during a secondary inspection on Oct. 27, 2020. The long-haul trucker was arrested, investigated and about three months later, charged.

Last week, he pleaded guilty in a Sarnia courtroom to a single count of misrepresentation under the Immigration and Refugee Protection Act. His career in the industry and his ability to see his family in the U.S. was in the hands of the Sarnia judge, who had to decide between the Crown’s request for a criminal conviction – severely hampering his ability to cross the border – and defence lawyer Veronica Ceponis’s push for an absolute discharge.

“There’s a great disparity in these positions,” Austin said Friday while considering the two sides.

The international trucker became visibly emotional, placing his face in his hands, as the judge sided with Ceponis.

“I will, in this most unusual case, grant (him) an absolute discharge,” she said.

“Thank you, your honour,” said the shaken trucker, who won’t be identified due to the discharge and a lack of a criminal record.

The reasons Austin outlined included the man not intentionally misleading border officials or giving them false information or documents. He only delayed in providing them important information, she said.

The court heard he didn’t mention the passengers, who weren’t readily visible, during a brief exchange with an officer stationed at a primary inspection booth. The officer referred him to a secondary area for an inspection.

He immediately told officers there about his guests.

“His withholding of information from authorities in this case was fleeting,” Austin said.

His load also was subject to a mandatory inspection at the secondary location, she noted, so there was never a chance he would have skated through the border with the stowaways unaccounted for. But, she added, this type of information must be volunteered immediately at the first booth regardless of a scheduled inspection.

“This duty to report is critical,” Austin said.

The judge added the situation was different from more serious cases involving human smuggling or trafficking or falsifying documents or information. The driver didn’t try to deceive border officials and he fully co-operated with the investigation that showed no evidence of planning or that he knew the family before meeting them at the truck stop.

His only motivation was empathy, Austin said.

“He felt sorry for this family,” she said. “He did this for no personal gain and he did this impulsively.”

The judge, though, said she didn’t want to trivialize the situation, emphasizing that everyone crossing the border, especially truckers, must meet their obligation to provide relevant information right away.

She considered making the discharge conditional on a probation order, but assistant federal prosecutor Brian Higgins said it wasn’t in the public’s interest since he’s been flagged at the border and will be inspected closely every time he crosses.

A Canada Border Services Agency spokesperson did not immediately respond to a request for comment about the incident.

Keyword: Trucker who gave asylum seekers a ride across the border acquitted