States With Most BEVs Wanting for Charging Infrastructure, Says Survey

New Jersey, Arizona and Hawaii account for a hefty amount of BEV registrations but have relatively paltry charging infrastructure. 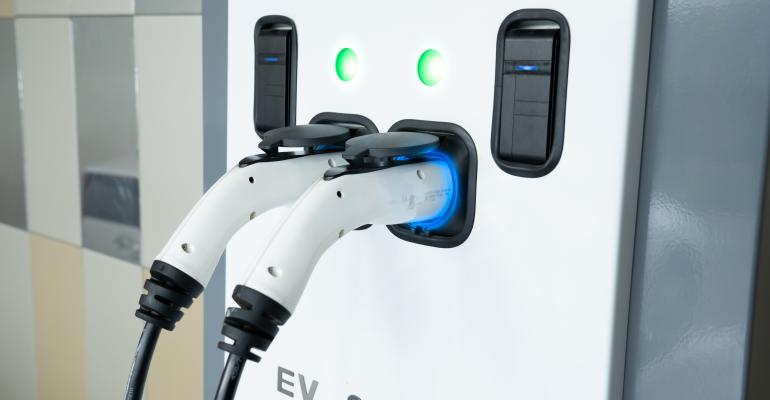 Some states in the U.S. with the most battery-electric vehicles registered also have the fewest public charging ports for those vehicles.

That’s just one finding from a wide-ranging new survey by the driver’s-education firm Zutobi. The U.S. Electric Vehicle Charging Point report shows BEV sales rose 87.5% since the firm’s 2020 to 2021 reports, to just over 1 million units, but the growth in public charging outlets was up only 31% to 128,554 nationally.

On a state-by-state basis, the report finds some states where BEVs are most popular are wanting for charging infrastructure, while others with scant BEVs on the road have an overabundance.

California, with 425,300 registered BEVs on the road – giving it by far the biggest BEV population of any state in the U.S., as No.2 Florida has registered 58,160 – also as of last year had a relatively paltry number of public charging outlets. The report says California, despite its nation-leading 41,177 charging ports, had only 9.7 ports per 100 BEVs, placing it 47th of 50 states plus the District of Columbia on the metric.

West Virginia, Rhode Island, Vermont, South Dakota, Washington D.C., Arkansas, Maine and Missouri also had a high number of ports per 100 BEVs, from 51.2 for West Virginia to 32.5 for Maine.

Other states with low numbers of ports per 100 BEVs included Washington, Alaska, Texas, Illinois, Oregon, Florida and Nevada, despite virtually all of them having high numbers of BEVs registered.

The charging outlook for states where BEVs are most popular improved somewhat from 2020 to 2021, Zutobi shows, with New Jersey seeing a 43.1% increase in public charging ports and Florida a 36.3% jump; California and Arizona ports increased 29.0% and 28.1%, respectively. However, the latter two states were mid-pack, ranked 24th and 26th out of 50 states and the District of Columbia, on the port-increase metric.

The report shows the states that had the biggest increase in BEVs registered from 2020 to 2021 mainly were along the East Coast. Delaware had the largest spike – 170.8%, increasing from 720 BEVs to 1,950 from 2020 to 2021. Rhode Island, West Virginia, Maine and Arkansas round out the top five.

Zutobi says it based its rankings on data from the U.S. Department of Energy’s Alternative Fuels Data Center and the Federal Highway Admin.