As with any large sporting event, Britons are only too likely to want to show their support by taking part in football-themed events of their own. For many years, cars in particular have become a key way for supporters to show their enthusiasm for the sport, especially when the World Cup rolls around.

Flags and stickers often appear on vehicles even outside of large tournaments, to show their passion for their top team.

Even retailers are reporting to have sold out of football-themed air fresheners, flags and vinyl stickers with fans getting in the tournament spirit.

However, drivers may think twice about dressing their car in national colours and accessories as they could be landed with hefty fines and points on their licence.

Although novelty car accessories aren’t banned by any specific laws, Rule 30 of the Road Vehicles (Construction and Use) Regulations 1986 states that the driver must, at all times, “have a full view of the road and traffic ahead of the motor vehicle”. 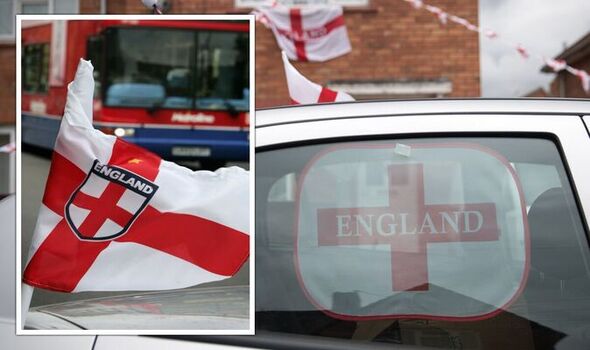 Drivers warned of ‘severe’ fines when supporting England and Wales for the World Cup. 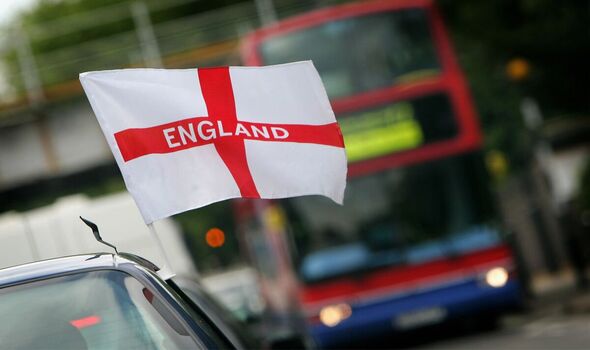 Drivers face on-the-spot fines of £100 in some cases.

Having decorations around the windscreen, or front of the car, could be seen to be in breach of these regulations, leaving drivers at risk of receiving a fine.

Importantly, motorists should ensure that they keep their windscreen clear from obstructions, specifically from the centre of the steering wheel and within the area covered by the reach of the wipers, up to 290mm high.

Any stickers or decorations may only cover a maximum of 10mm within this space.

Drivers found to be breaking these rules and being too overzealous with their decorations could receive an on-the-spot fine of £100.

If the case is escalated, road users could be hit with a maximum penalty of £1,000 and three points on their licence.

Dan Gick, Managing Director of Scrap Car Comparison, reiterated the warning for football fans to be aware of their decorations when driving.

He said: “Sports-themed car decorations are a frequent sight on our roads, with many people using stickers, flags or scarves to show their support for their team in a variety of sports – with football being one top example.

“With England and Wales both heading out to try and bring football home once again, it’s to be expected that many of us will be struck by football fever as the tournament progresses and want to show our support.

“Although adding flags or stickers to your vehicle can seem like harmless fun, the consequences of any mismanaged decorations can potentially be incredibly severe – both in terms of fines and points, but also physically in the event of a collision.

“We wouldn’t want people to miss out on the fun or put them off celebrating the best way they know how, but we would encourage reading the guidance around car decorations to ensure they are used safely.”

Any and all decorations should also be securely fastened to ensure they are not at risk of blowing away whilst on a dual carriageway or any other road.

If they were to be blown off into the path of other road users, it could lead to drivers being charged with driving without reasonable consideration for other road users. 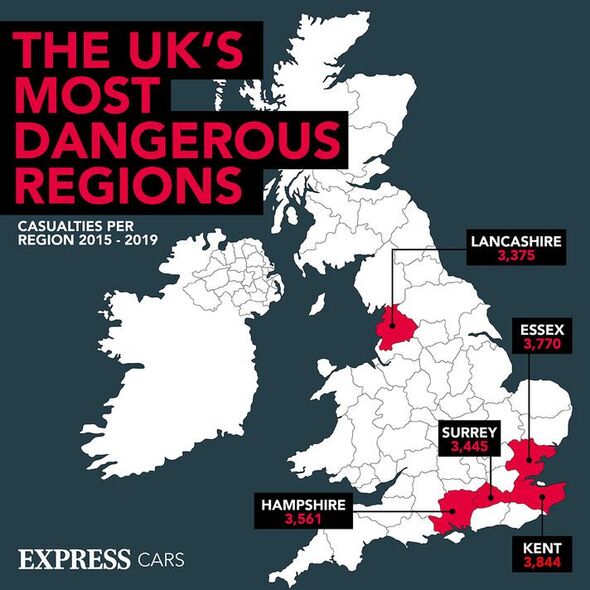 The UK’s most dangerous regions.

This can come with an on-the-spot fine of £100 and three penalty points, rising to up to £2,500 and disqualification in serious cases. In some cases, decorations can invalidate insurance policies unless the insurer is notified prior to them being installed on the vehicle.

In the case of football, team stickers which are very frequently seen on vehicles up and down the country can be seen as cosmetic upgrades, and a modification away from the vehicle’s original specification. Having such stickers on the rear windscreen, where they are commonly displayed, can also impede a driver’s view of the road, leading to policies becoming invalidated in another way.

Dan Gick added: “Even if a team sticker may seem like a harmless addition to your car, it’s always best to double check your insurance beforehand to avoid incurring hefty bills in the event of an accident.”

The World Cup gets underway today as hosts Qatar play Ecuador, with the home nations playing on Monday with England facing Iran and Wales meeting with the United States.

Keyword: Drivers warned of 'severe' fines when supporting England and Wales for the World Cup