Formula E’s Canadian nightmare reached a peak in May with news that the much-vaunted Vancouver E-Prix was postponed until 2023, and last week any hope of a race there next July was finally snuffed out.

That the postponement had come within weeks of the scheduled event taking place was bad enough. But after the politically influenced misery and subsequent legal success of Formula E’s claim against Montreal in recent times, Vancouver also fell into a similar malaise, except this time before a race had even been run.

On the face of it, it looks as if many people of power in the city of Vancouver actually didn’t want to host the event in the first place and ultimately this may have been the reason it all collapsed so spectacularly in late April.

The Race has uncovered some details of the chain of events that were ultimately the downfall of the event. 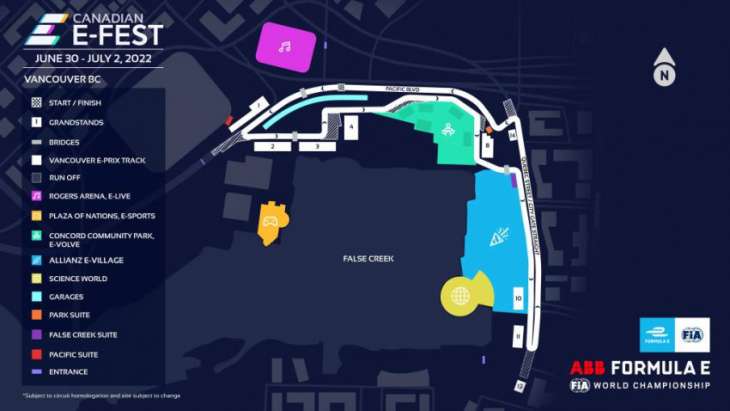 The deal with the city of Vancouver, which was handled by local promoters – the OSS Group – required that deals were signed with all the landowners of where the E-Prix and the infrastructure was raced and built upon.

This meant that the BC Place stadium area, Science World attraction and Concord Community Park Sport area had deals agreed for their land to be used. Or did they?

It is believed that the Science World and BC Place entities were reluctant to sign until Concord did. That’s where the trouble started.

Around January 2022 time, it is believed that one of the above landowners queried an agreement on the amount of money that was to be paid to it and stipulated an enhanced amount.

This is when the OSS Group scrambled to try and resolve the issue but what isn’t known is exactly how much Formula E was in the loop as a non-promoter in this instance.

Formula E promotes some of its events, while others are under the auspices of local or national promoters. In this instance, OSS Group, a Montreal-based company that included experienced racing industry figures such as Matthew Carter, ex-Lotus F1, and Anne Roy, a former IndyCar communication and marketing specialist, who was also involved in the Montreal E-Prix (pictured below), were completely spearheading the event. 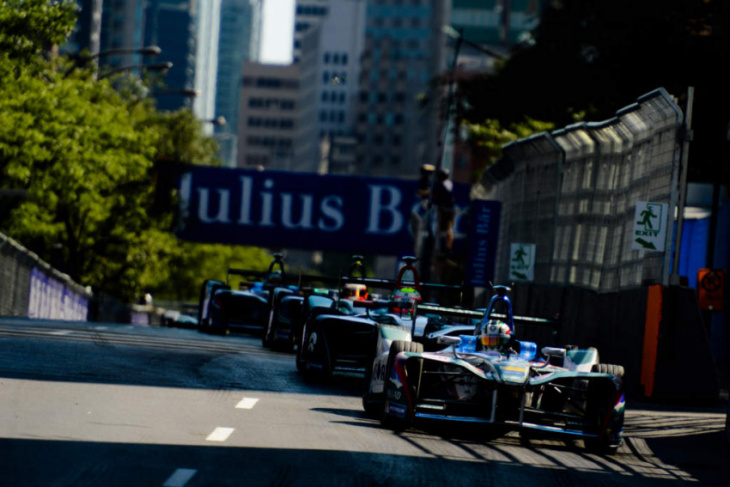 The precise to-ing and fro-ing between OSS and the landowners is unclear but it is thought that an agreement on an increased figure for the use of the land for the event to take place on was a significant sticking point.

At some stage, it is understood that the investor of the event, a person or company shrouded in confidentiality, baulked at another demand for an extra guarantee by one of the landowners. This is thought to be when the problems were irreversibly compounded.

Why this state of affairs was so crucial is relatively simple. Without the agreements between landowners and the promoters, the City of Vancouver would not grant a permit for the event to take place.

The vital question at this stage is how much of this situation was relayed to Formula E. 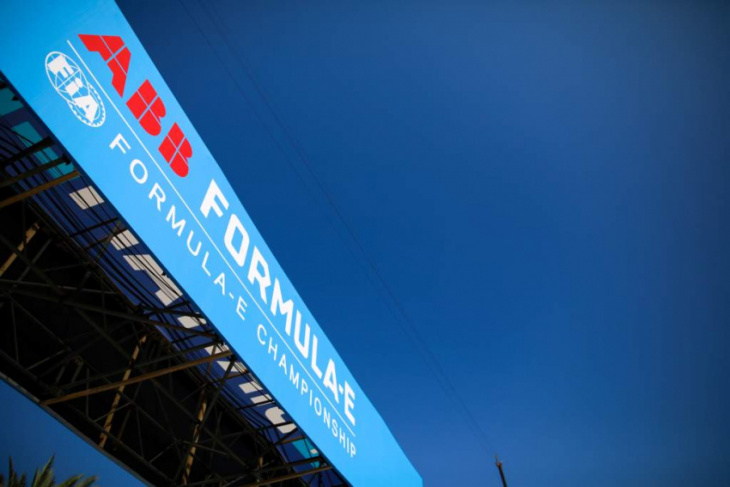 What is known is that one of Formula E’s event directors, Nacho Calcedo, flew to Vancouver to try and sort the mess out.

This was in April, less than 12 weeks before the event was due to take place. And what Calcedo then relayed back to his boss, Formula E chief championship officer and co-founder Alberto Longo was met with astonished concern.

“The main reason was actually one of the stakeholders, basically where we were going to do all the garages, and we were told that the contract was signed a while ago, and it wasn’t,” Longo told The Race in Berlin last month.

“So when the city was going to provide the permit to the race, obviously, they asked for every single contract and there was one or two missing, so that was it.

“Even when we tried to step in and tried to help and try to meet with different stakeholders, not only landowners but also suppliers and obviously the city as well, it was too late.”

The Race understands that Formula E did everything to intervene and try and save the event, but essentially it was left too late.

A breakthrough seemed to be close in late April but the deadlines for the deals to be in place loomed large and a PR disaster started to unveil itself, seemingly fuelled by some antipathy at some city political levels for the race to ever run in the first place.

It is an election year in Vancouver, and so we return to what seems to be a running complexity in Formula E host cities – politics.

The fact that the current Vancouver mayor Kennedy Stewart is not on record at all backing the E-Prix, which was voted for by the city council in a 9-1 vote in April of 2021, is telling. In fact, Kennedy was ‘absent’ when the vote was cast.

A cycling event has replaced the E-Prix plans for the weekend in which Formula E was supposed to hit town. Kennedy has been effusive in his backing for this event and is quoted as such in local media.

As of late April, the relationship between OSS Group and Formula E had essentially broken down. In the Formula E paddock at Monaco people were openly stating that any chance of the race happening in 2023 was slight.

OSS’ plan was to try and get everything in place by this September, to launch the delayed event finally for the summer of 2023.

This will not happen. It will not be on the provisional calendar for 2023 that will be submitted to the FIA World Motorsport Council next week and henceforth any hope of the race happening next year is gone, as Formula E’s recent statement clarifies.

“Following the cancellation of the 2022 Vancouver E-Prix by OSS Group and after careful consideration, Formula E has terminated all contractual agreements with OSS Group, the promoter and operator of the Vancouver E-Prix,” read the provided statement.

“We, therefore, confirm that Vancouver will not be included in the provisional race calendar for 2023 when it is published in the coming days. We retain an active interest in delivering an E-Prix in Vancouver in the future.

“Formula E is mindful that many fans have purchased tickets to the Canadian E-Fest, which included the Vancouver E-Prix, from OSS Group.

“We expect OSS Group to ensure that it proceeds to a full refund of these tickets and to provide details on this process in the short term.”

The Race contacted the OSS Group for comment but didn’t receive a response.

Ultimately, even though Formula E itself was only on the very periphery of this disastrous episode, it has been forced to take a significant PR hit again in Canada, so questions over the stability and viability of racing in some major cities come to the fore a second time.

Will it mean it needs some more big wins, such as Tokyo or Adelaide for future calendars in the coming months? Or perhaps does there need to be more of an emphasis on races such as New York, Seoul and London – where stadiums or areas slightly out of city centres are utilised more? 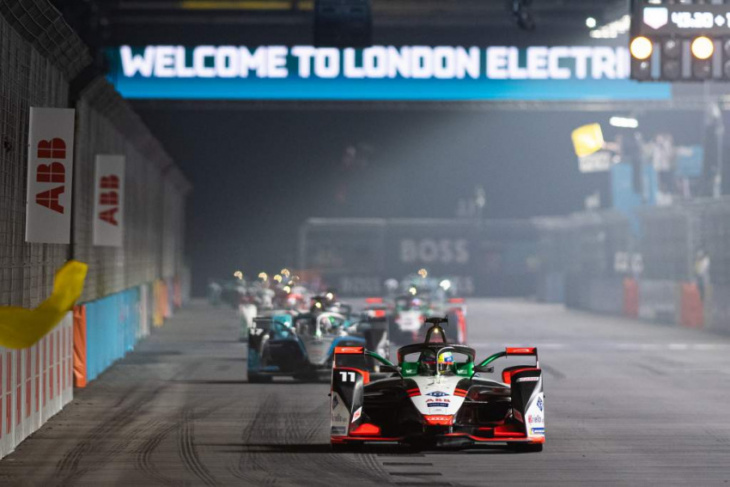 These are the questions it may be asking itself right now, because the fall-out from episodes such as Vancouver is damaging in the sense that, if a self-styled ‘green’ city such as Vancouver essentially doesn’t want a race, then how many cities actually really do?

Formula E will counter that by suggesting that Jakarta and Seoul certainly want them, but these races are unique in the sense that the former is a purpose-built facility out of the city centre, and the latter utilizes a stadium and its perimeter roads.

A case could be built to state that actually over the duration of 16 races this season, only two venues – Rome and Monaco – cover the essence of true city/principality street racing.

Perhaps, in an (almost) post-pandemic world, this is actually beside the point, and any racing in or close to any major built-up area is something of an achievement.

But Formula E promotes itself as the city centre racers, henceforth it has to deliver for its stakeholders – because unique selling points ultimately have to be sold.