Manufacturers have stepped up their testing of the new Gen3 Formula E car at a circuit in Europe with Porsche, DS and Nissan beginning serious reliability work.

The so-called ‘continental test’ began on Monday and all three manufacturers involved have run laps.

DS is running with its dedicated test team, which is largely independent of its usual race squad but with key engineers crossed over to both.

Its test driver and sporting manager, James Rossiter, is understood to have been behind the wheel of its test and development car on Monday, while Jean-Eric Vergne is expected to also sample the car later in the summer after he completes his upcoming Marrakesh E-Prix, Monza World Endurance Championship and New York E-Prix triple-header.

DS is set to join forces with the Dragon Penske organisation for the Gen3 era of competition, with Vergne being joined by Stoffel Vandoorne.

Current points leader Vandoorne will get his first running in the Gen3 car shortly after he vacates his drive at the Mercedes EQ squad in August.

Nissan has test and sim driver Jann Mardenboough on hand for the majority of the test, which will continue through to the end of the week.

Mardenborough has been completing simulator duties for Nissan as it continues its restructure after it bought out the e.dams concern to control its own licence and entry in Formula E completely.

The Race revealed earlier this month that the ART Grand Prix squad is involved as a technical and operative supplier for Nissan’s Gen3 programme, with several of its staff attending the test this week. 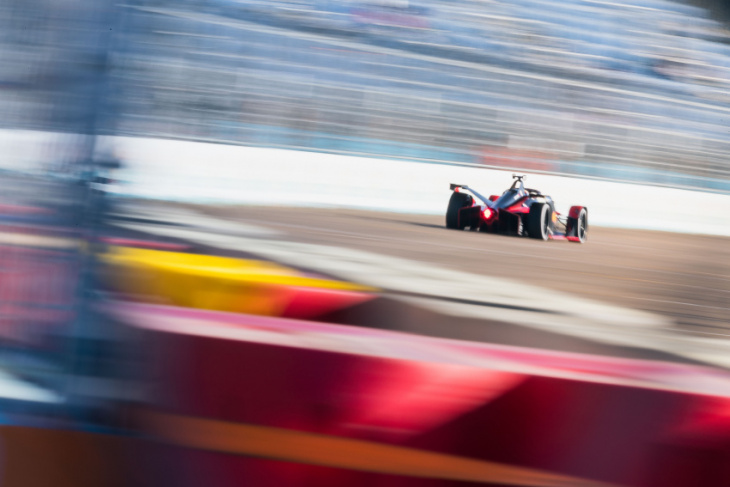 Nissan has been using the AOTech simulator facility in southern France close to ART’s base in Tigery. This is where Mardenborough has carried out several sessions in recent months.

Stephane Sarrazin continues to attend E-Prixs in a reserve and advisory capacity for Nissan e.dams and could also drive the Gen3 car in the coming weeks.

This is because Nissan e.dams does not yet have its Gen3 driver line-up completely firmed up, as Sebastien Buemi will depart for Envision Racing for 2023.

Maximilian Guenther is expected to continue for a second season but is at present unconfirmed. The identity of a team-mate is presently still under review.

Porsche is continuing its running after shaking down its test and development car at its private Weissach test track earlier this month.

The experienced tyre tester drove for Porsche at the 2020 Marrakesh rookie test and is expected to feature significantly in Gen3 testing due to his renowned technical feedback, particularly when it comes to evaluating the new Hankook rubber. 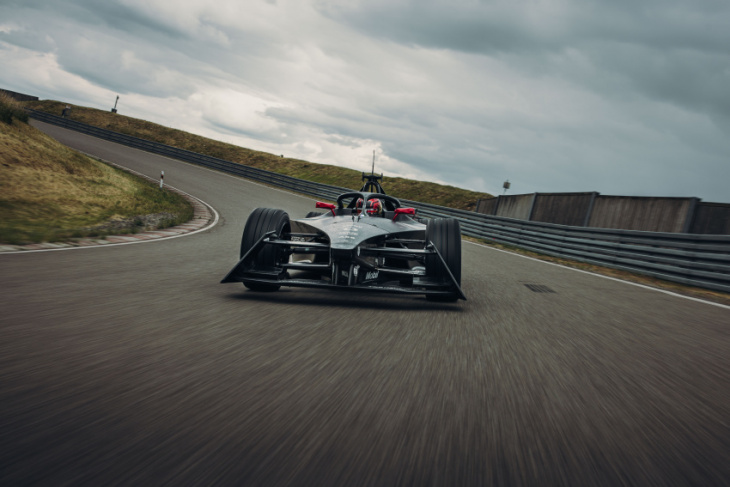 As reported by The Race last week, Andre Lotterer is expected to join Jake Dennis at the Porsche-supplied Avalanche Andretti team next season when it is announced shortly that his own seat at the factory team will be taken by Antonio Felix da Costa.

Porsche’s Florian Modlinger told The Race on Monday that “in this early stage the main target is to run the car, put mileage on and get an understanding of the complete package”.

“[Porsche will be] checking the hardware [both teams’ own developments and also the common parts], the systems and the functions if all works as expected,” he said.

“It is not only a reliability test, clearly this is one point on the list, but there is a lot more to check.

“With Hankook a new tyre supplier arrived and also a clear target is to learn and understand as fast as possible the needs of that tyre and how you get the maximum out of it.

“The front regen and front engine is the next topic. Braking will be a key performance factor.”

Lotus’ rollout of electric luxury vehicles will continue with the Porsche Taycan-rivalling Type 133, which has been spied testing in China ahead of an expected reveal this year. In images published by Car News China, we can see the sedan – currently codenamed Type 133, set to adopt a name ...

Pascal Wehrlein, TAG Heuer Porsche Formula E Team , 1st position, Porsche get their second win of the weekend through Pascal Wehrlein, with Jake Dennis taking second and Rene Rast completing the podium. The dominant Porsche package showed its strength once again with the pair who took the top ...


View more: Wehrlein does the double in Diriyah

Photo: Kevin Dejewski Porsche’s Matt Campbell told MotorsportWeek.com that although the German manufacturer would have preferred more development time, everyone in the GTP category is in the same boat. “I don’t think you’ll ever be ready enough for going into such a championship with a brand new car. We ...


View more: Porsche’s Campbell: Everyone in the same boat