The brake system problem that left him at the back of the race two grid was a big part of that, but what really still rankled after that race was a penalty he’d been given on Saturday.

The Venturi driver surpassed the maximum speed of 50km/h under the full course yellow when the conditions turned ugly with a localised cloudburst in the final stages of race one, causing many – including Mortara – to crash.

He managed to bring his damaged Mercedes back to the pits and was initially classified fifth on countback – just one place behind the highest-finishing of his title rivals, works Mercedes driver Stoffel Vandoorne.

Then a five-second penalty was applied for the FCY speeding offence, dropping Mortara to ninth (a loss of eight points), although he did also take the point for the fastest lap.

Mortara told The Race, with some sarcasm, that he “was not respecting the 50km/h while I was spinning and going into the wall during the rain”.

That’s a reference to Mortara being among those who aquaplaned into the barriers approaching Turn 6, though he didn’t do so as violently as lead runners Nick Cassidy, Lucas di Grassi and Vandoorne and was able to continue minus some front bodywork.

“When they triggered the entire full course yellow process I wasn’t able to see it,” Mortara added.

“I guess they assume that whenever you’re running at 200km/h at the end of the straight, you should be able to actually see your dashboard.

“As soon as I saw it, I slowed down, and so that was the reason why I couldn’t go to 50km/h immediately.

“This was a decision from the FIA, and we went there trying to explain to them what happened with data, onboard, and I think that it was quite clear, but they decided to penalise me.

“It was difficult to stay on the track and the full [course] yellow came maybe a little bit too late.” 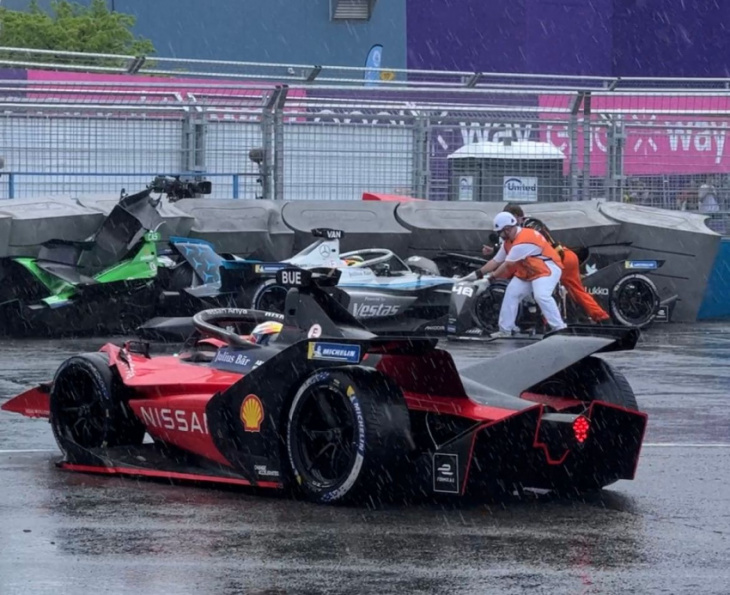 Drivers get a five-second countdown from the race director when a full course yellow is called. When the countdown is at zero, the FCY boards and flags are then shown on the track and all cars must immediately slow down. The maximum time to reduce speed to 50km/h is five seconds.

Some drivers have been known to push the limits of the countdown to try to gain a small advantage. This is easily discovered via data accessible to the FIA on speed traces.

This will have been studied by the FIA, but Mortara’s grievance appeared muddled as he was aware that the full course yellow had been deployed.

And the penalty was applied by the stewards not for FCY overspeeding in the area where he crashed, but the next section of the track – between Turns 7 and 9 – on his way back to the pits before the race was red-flagged.

Prior to that Mortara had driven a dynamic race, rising from his lowly ninth grid slot to challenging for a top-six position.

“We had saved quite a bit of energy in the first half of the race and we were quite quick at that point [when the red flag came out],” he said.

The erstwhile championship leader’s poor points haul weekend was compounded on Sunday when a brake-by-wire issue led to compromised running in free practice and then no flying laps in qualifying. 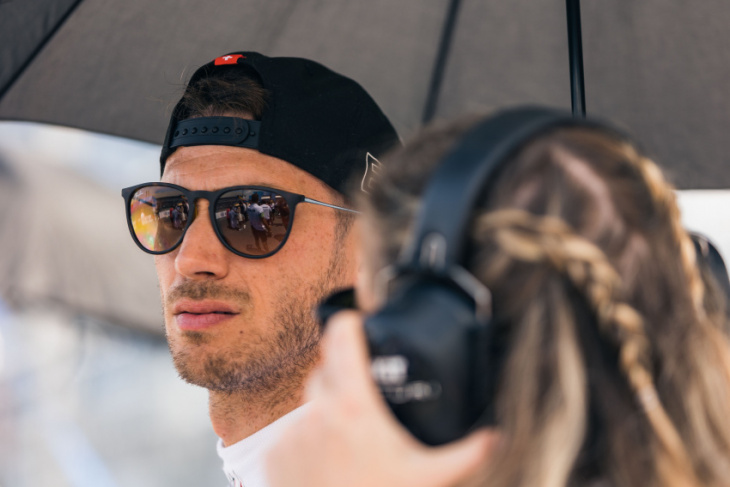 “Right from the start, we had a nightmare day with a lot of braking issues, we couldn’t do any laps in quali,” Mortara said.

“I started from the last row, and I was just hoping that we could resolve our issues with the brakes during the race, which is what we did.

“We ended up going from the last row to 10th place, which I think was the best that we could do.”

Vandoorne’s fourth and second places in New York mean he now leads Mortara by 11 points with four races to go across the London and Seoul double-headers.

Jaguar’s Mitch Evans recovered from a frustrated 11th on Saturday with a hard-fought Sunday podium so is still firmly in contention too, five points behind Mortara.

But a disastrous zero points weekend for Jean-Eric Vergne – who had been Mortara’s closest challenger before New York – means he’s now 27 points off the championship lead.