Formula E drivers and teams are bracing for one of the all-electric championship’s hottest races ever with this Sunday’s inaugural Jakarta E-Prix.

The series is making its debut in Indonesia this weekend at the short, high-speed 1.47-mile circuit in the Ancol beach resort area, north of the Indonesian capital.

Temperatures are expected to reach 32C on Saturday with high humidity that will test the efficiency and strength of the manufacturers’ Gen2 packages to the extreme.

Championship leader Stoffel Vandoorne explained the physical challenge that those conditions will bring in the pre-event press conference.

“It’s definitely going to be a challenging race, hot all day,” the Mercedes EQ driver said.

“From a physical point of view, it makes it a little bit harder basically because it feels like there’s no escaping from it during the day. 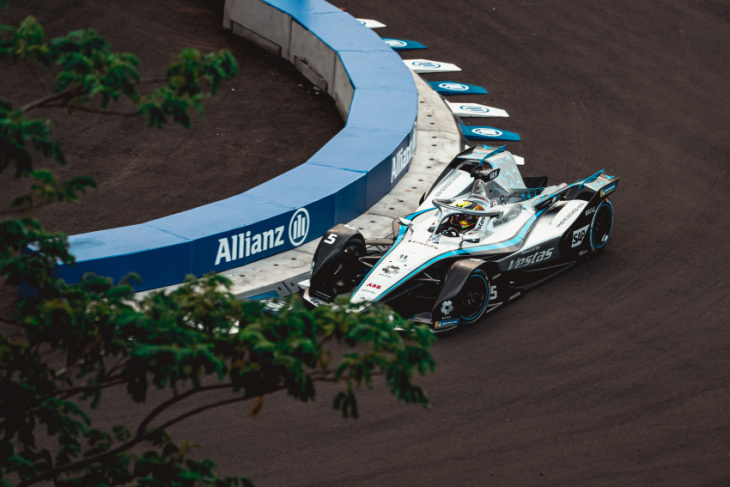 “But apart from that, it’s mainly managing the car. The tyres, the battery, will be quite challenging in race conditions.”

Management will be the buzzword of the weekend and it’s something Nissan e.dams driver Maximilian Guenther highlighted before the weekend.

“There will be a lot of things to manage this weekend,” Guenther told The Race’s Sam Smith.

“The tyres are having a hard time because there’s a lot of long corners, the rear tyres will be suffering.

“Then on top of that, you’ve got these very hot conditions which have an impact on our preparation and race management because you have to manage the tyres and the heat management of other things so that they’re not going too high.

“It’s a cool challenge, we know this from other [hot] races like Santiago or from New York, but especially with this new track that nobody knows.”

Among those “other things” Guenther refers to is the battery, which is expected to be a critical area of management this weekend and has caused retirements or wrecked drivers’ races previously.

The higher the temperature the less efficient the battery will be, so keeping the battery as cool as possible will be critical for the drivers this weekend.

It’s not just the extreme heat that’s been troubling the teams ahead of the weekend, but the threat of thunderstorms too. 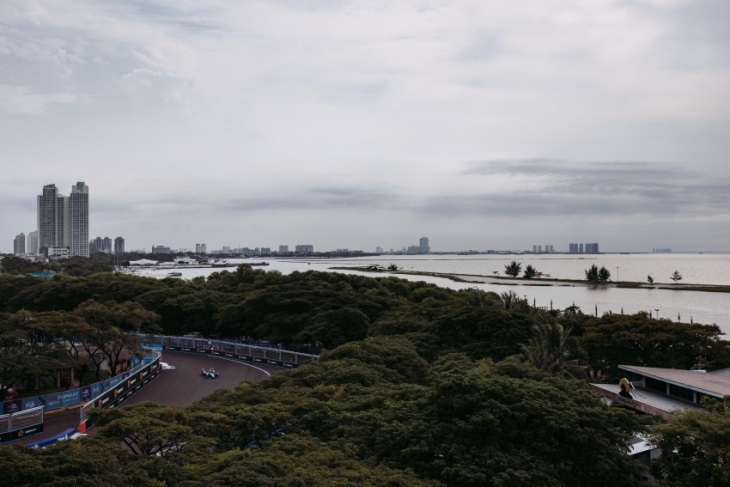 That threat appears to have eased, with the storms now scheduled to hit early next week, but there remains an outside possibility of some scattered thunderstorms hitting the track.

“We’ll have a very interesting race for sure, it will be a little bit different from what we’ve been seeing since the beginning of the season due to temperature,” DS Techeetah team principal Thomas Chevaucher said when The Race asked about the high temperatures.

“Everything will be very hot, I hope we’ll not get a storm, because I’m not sure we’re capable of handling a storm while racing.

“But hopefully it will remain a hot, dry race that will bring a new side of racing.” 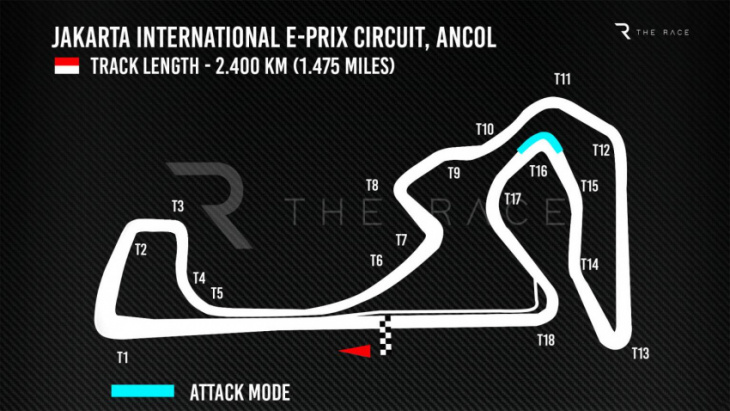 Overtaking is expected to be possible at the wide-open Turns 1 and Turn 7 as well as the Turn 13 hairpin in particular.

There may also be the customary ‘management phase’ in the early stages of the race, but the level of management each driver needs to do will vary on the relative efficiency of their packages.

Keyword: ‘No escaping from it’ – What makes new Formula E venue so tricky