Lucas di Grassi has been confirmed at Mahindra for the 2023 Formula E season alongside Oliver Rowland, in what is believed to be a long-term deal that could involve the 2016/17 champion moving into a management position in the future.

Di Grassi, who equalled Sebastien Buemi’s record tally of 13 wins at the London E-Prix last month, actually agreed a deal with the British based, Indian team last summer just after he did the deal to move from the withdrawing Audi Sport Abt squad to Venturi for the present season. 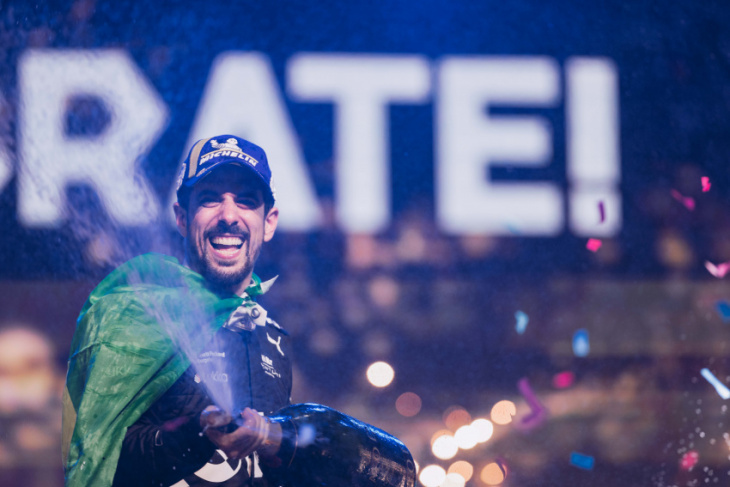 It means that 2022 will be di Grassi’s only campaign for Venturi where he has partnered Edoardo Mortara in the final season for the niche Monegasque constructor before it metamorphoses into Maserati this autumn.

Mahindra’s swoop for di Grassi comes two weeks after it confirmed that the Brazilian’s former team Abt will be its powertrain customer for the duration of the Gen3 era. Di Grassi scored 12 of his 13 E-Prix wins with the German team which transitioned into a factory Audi squad in 2017.

Di Grassi described his move to Mahindra as representing “a new challenge in my career and the timing could not be better: with the introduction of Gen3 in season nine of the FIA Formula E World Championship, everyone is starting from scratch.

“Having a seven-year relationship with Abt Sportsline, in which we won the world championship together, will give us a good springboard – the team will use the Mahindra Racing powered by ZF powertrain and this additional data and my close connection to the engineers will stand us in good stead.

“The short-term target is to win races and long-term is to help Mahindra Racing to win the world championship and become an icon in electric racing worldwide.” 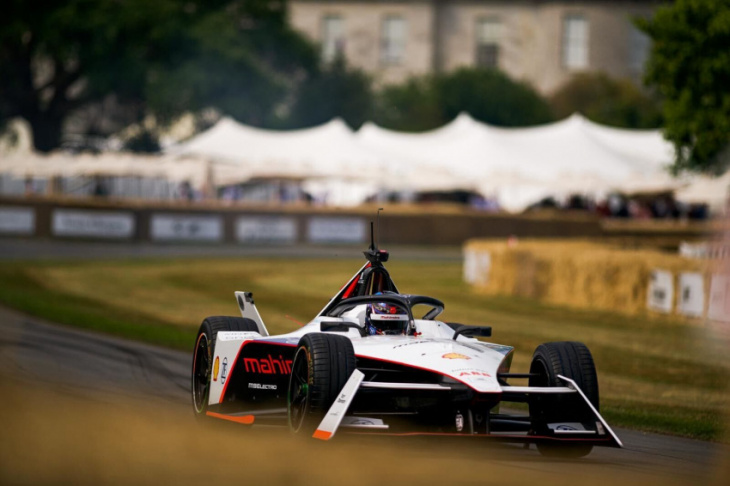 Mahindra Racing CEO and team principal, Dilbagh Gill called di Grassi “one of the greatest Formula E drivers in the history of the sport – the stats and the silverware do the talking” but said that was just part of the attraction of signing him.

“For us, his appeal is much wider than that,” Gill continued.

“We believe Lucas is perfectly positioned to do this and we are ready to get him bedded into our ground-breaking Gen3 programme within the coming weeks.

“Our ambition is for Mahindra Racing to become FIA Formula E world champions and Lucas’s experience and drive will be instrumental in achieving this.”

Rowland has already been confirmed as staying on with Mahindra next season.

As The Race revealed in July, his current team-mate Alexander Sims will leave Mahindra and Formula E as he is set to concentrate on endurance racing in 2023.

New Mahindra Thar 4X2 Vs 4X4 – Compared Side By Side

Honda, Mahindra To Discontinue These 8 Cars By April 2023

Mahindra Thar not an SUV as per GST council: We explain

The auction for the one-of-one Mahindra XUV400 ‘Rimzim Dadu x Bose’ is now live with the winner set to be handed the keys to the car by Mahindra Group Chairman, Anand Mahindra. The auction has gotten off to a strong start too with bids crossing the Rs 1 crore within ...

Lucas Di Grassi kick-started the Gen3 era of Formula E in style for Mahindra Racing. The Brazilian stormed to pole position for the opening round of the season 9 at Mexico City, and finished the race on the podium. Avalanche Andretti’s Jake Dennis claimed victory at the Mexico City E-Prix, ...

Mahindra Bolero Neo vs Bolero: Which Is The Better Do-It-All SUV?

Highlights Design Interior and Tech Safety Features Powertrain and Performance Ride and Handling Pricing & Verdict Highlights The Mahindra Bolero Neo is the facelifted TUV300 with a new name The Neo aims to be a do-it-all SUV like the Bolero, but with more style In terms of pricing, the ...


View more: Mahindra Bolero Neo vs Bolero: Which Is The Better Do-It-All SUV?

At the Mexico City E-Prix, the first race with the new third-generation electric racing cars, German carmaker Porsche made a successful start to the season: The race win went to Jake Dennis from customer team Andretti ahead of Porsche works driver Pascal Wehrlein in second place. Third place went ...

While the highly-popular Mahindra Thar is currently being offered with the options of a convertible top and hard top, the lineup of the lifestyle SUV is missing out on an open-top version, much like the Mahindra Classic from the yesteryears. However, Mangalore-based KAM Customs has addressed this issue and has ...

Small SUVs are winning big in India as hatches get sidelaned

Anand Mahindra In Awe With The 'Star Wars' Inspired Hoverbikes

Delhi man bids Rs 1.2 crore for Mahindra XUV400 One of One special edition

Mahindra Scorpio-N: A closer look at the most affordable 4X4 version [Video]

Suspension noise in my XUV700: Mahindra proactively resolves the issue

Mahindra Scorpio-N: Design flaw that dents the bonnet & how I solved it

Weekend road trip to Dandeli & Dudhsagar in our Mahindra XUV700

How many Mahindra XUV700s have been ordered in South Africa