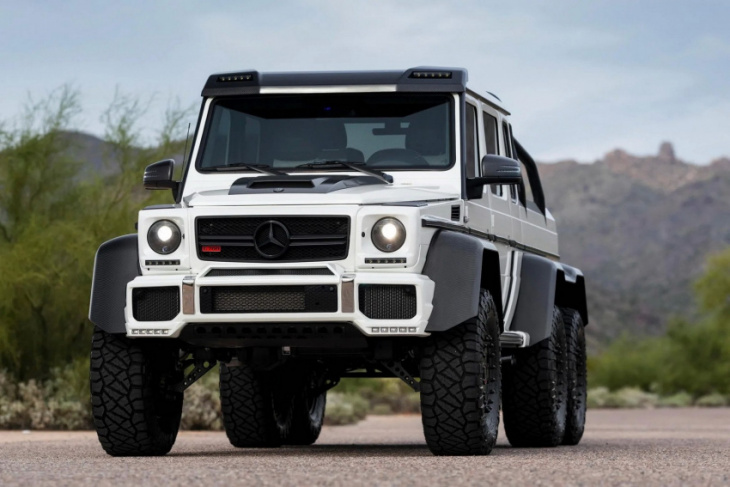 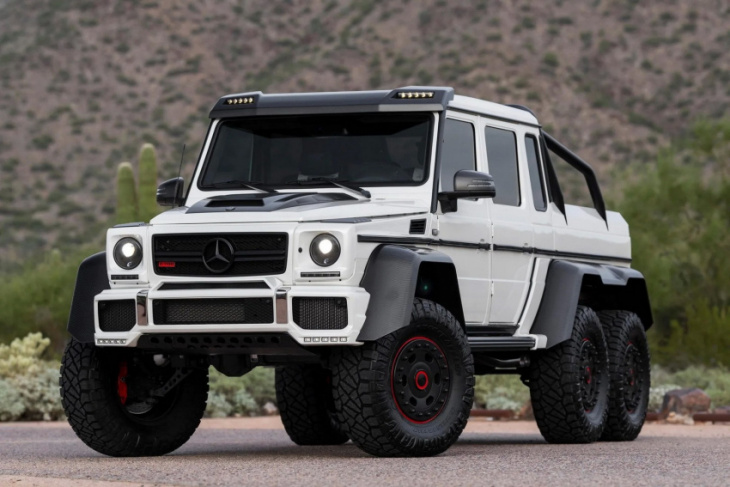 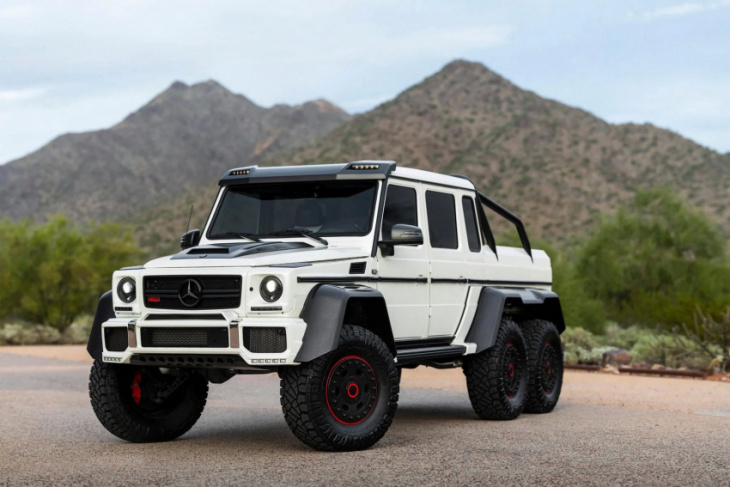 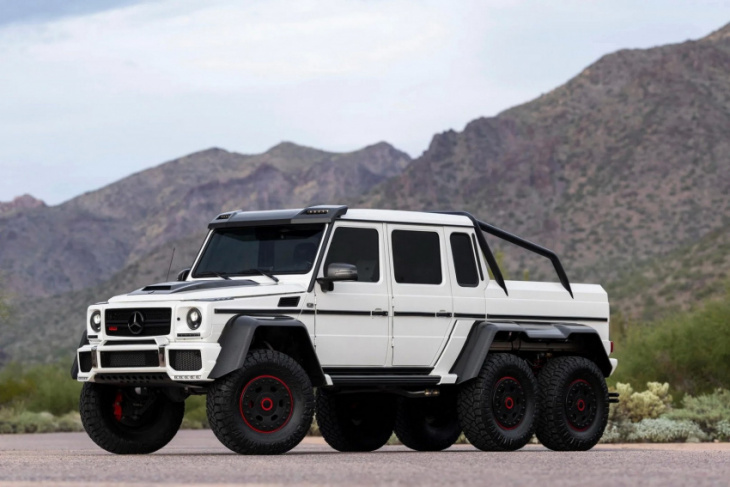 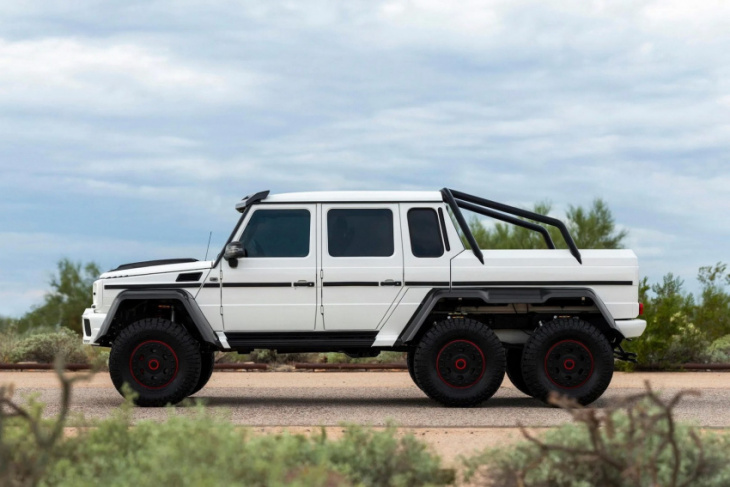 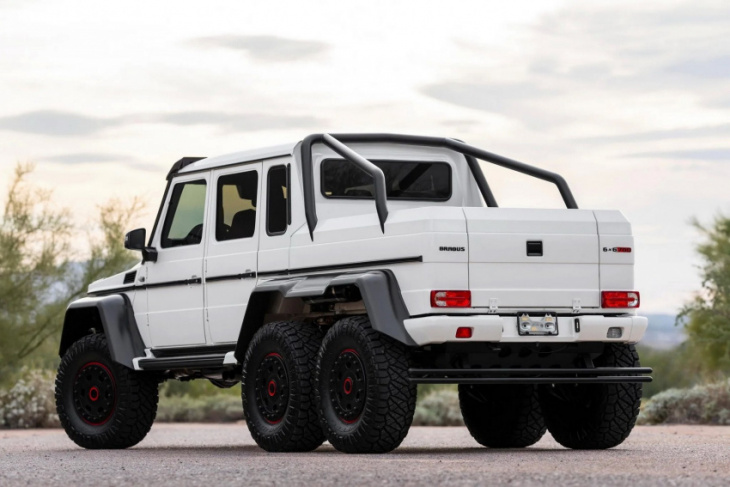 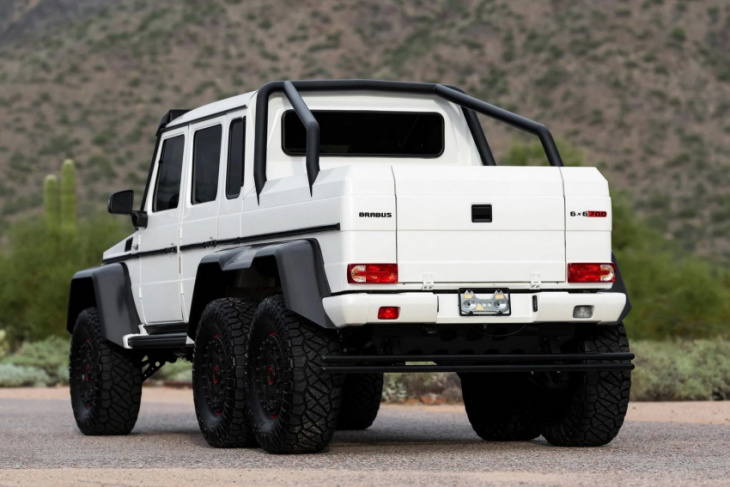 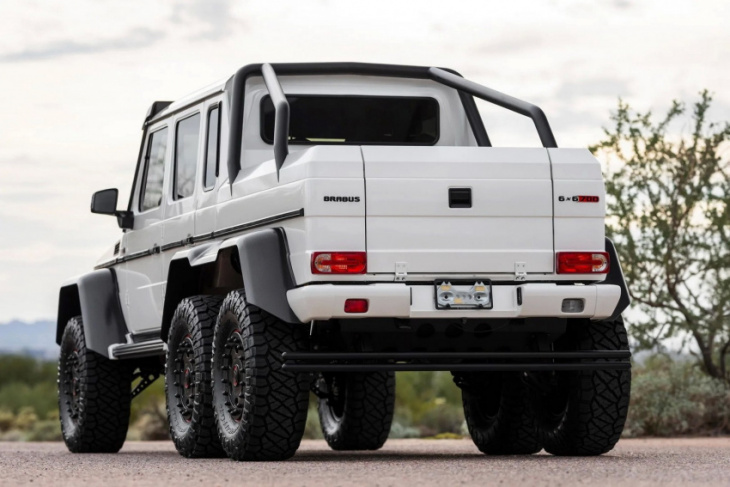 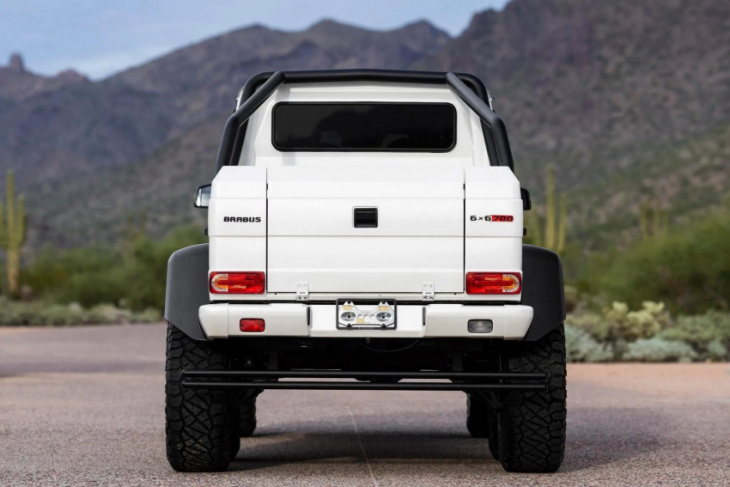 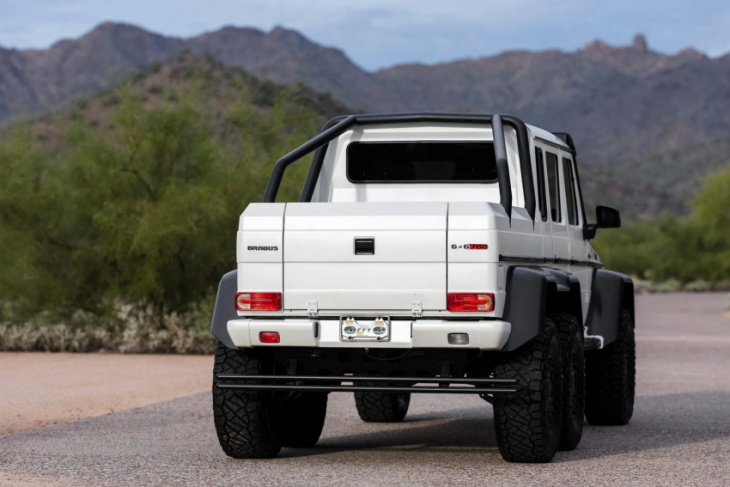 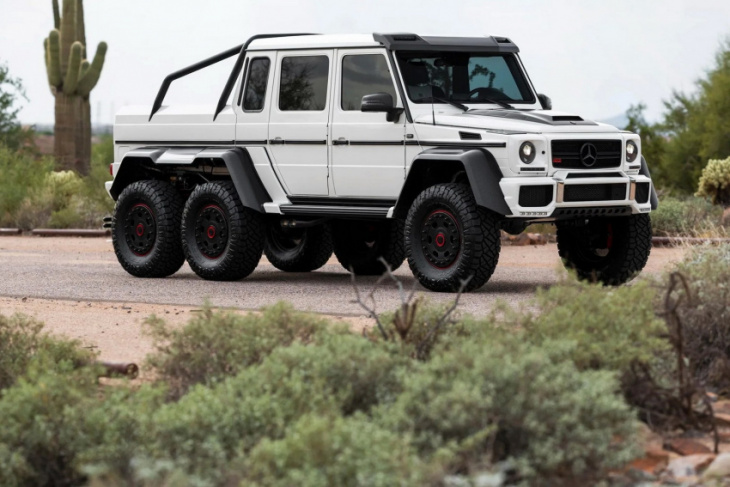 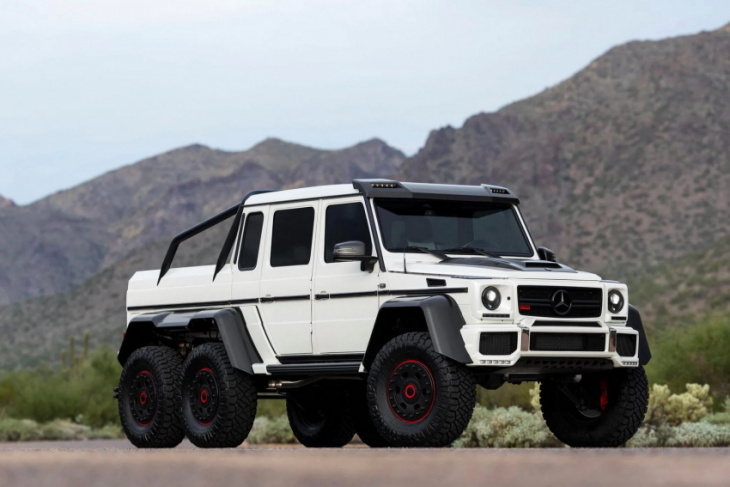 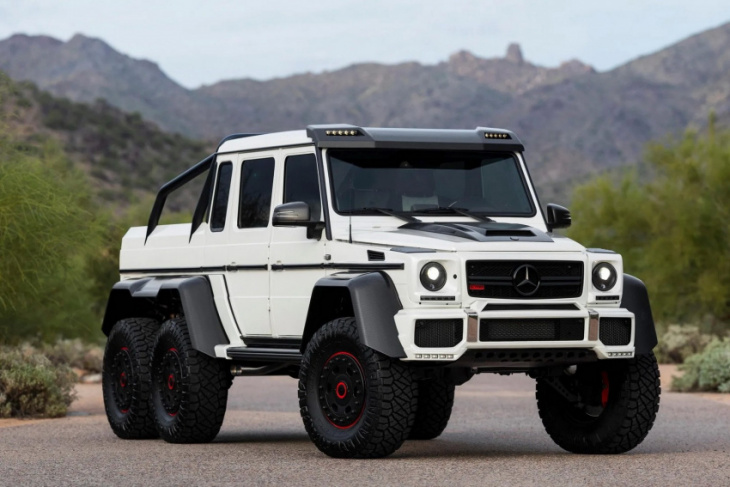 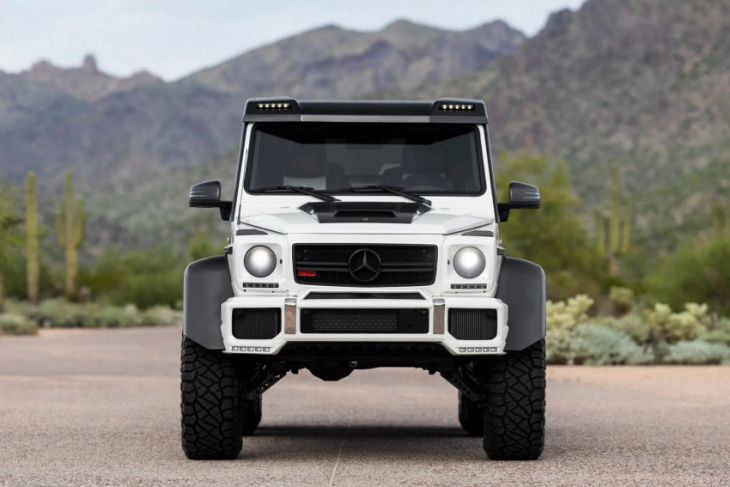 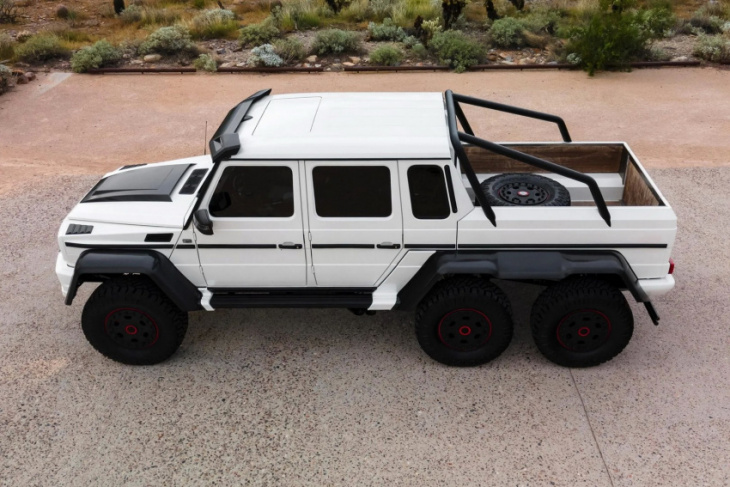 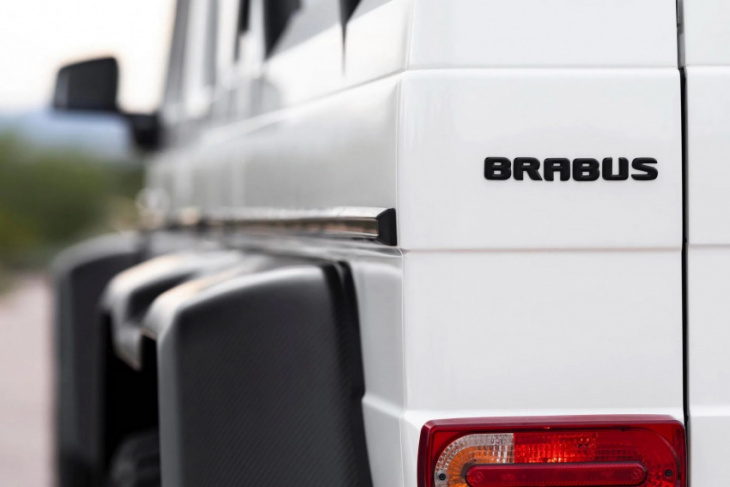 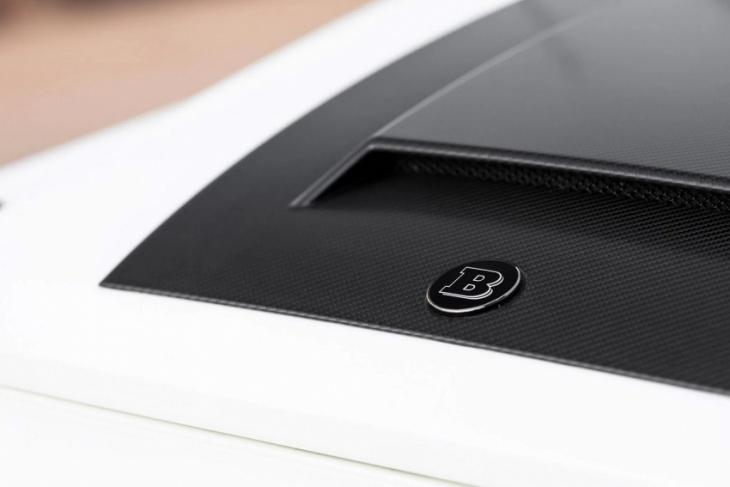 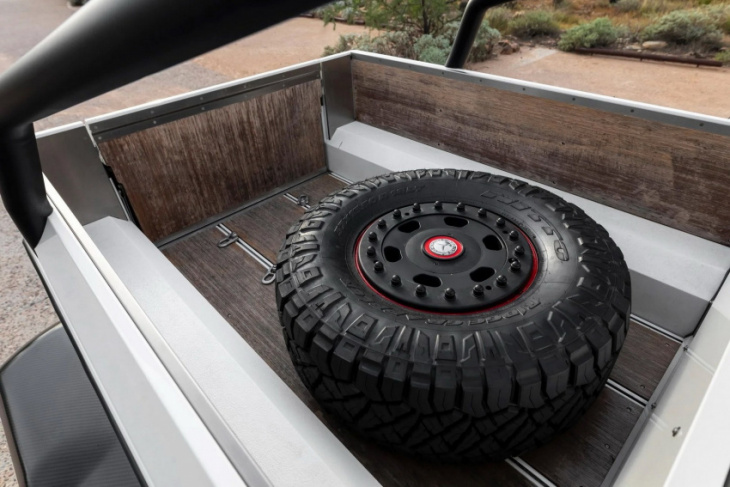 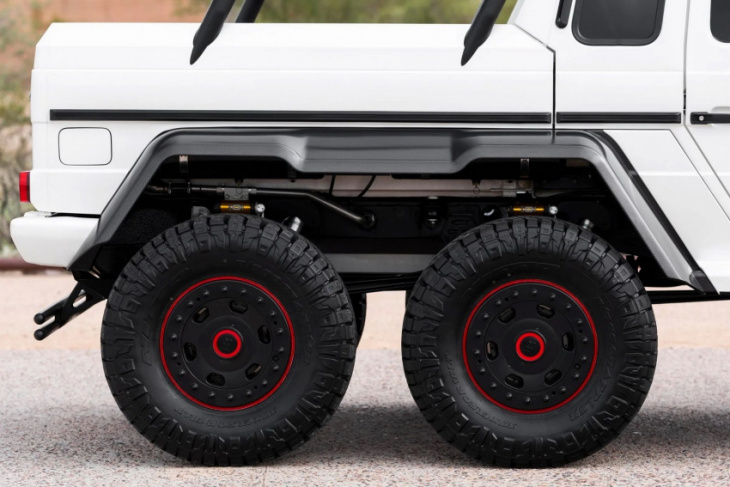 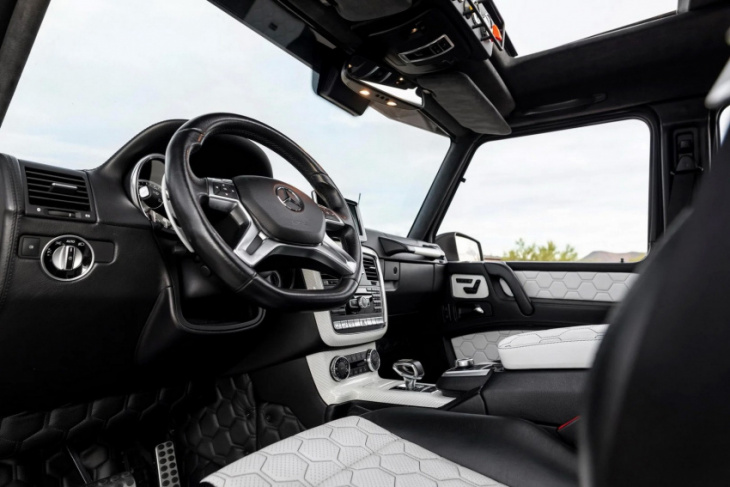 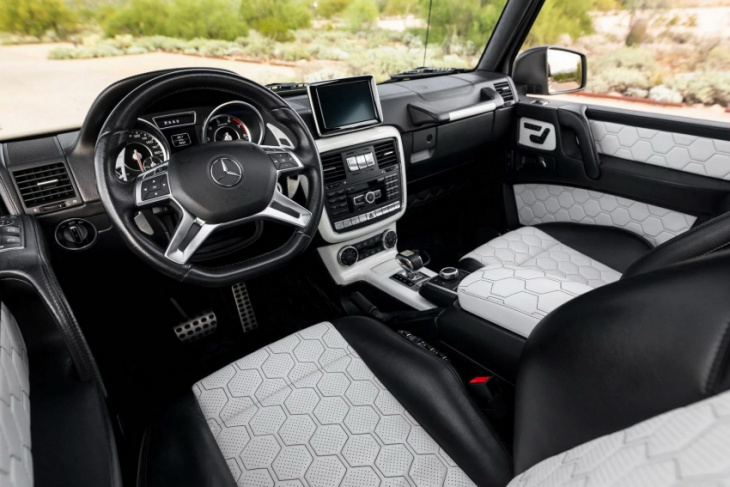 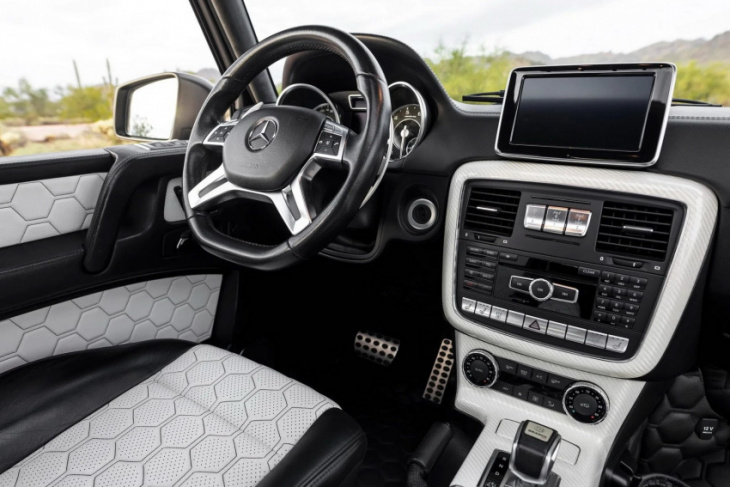 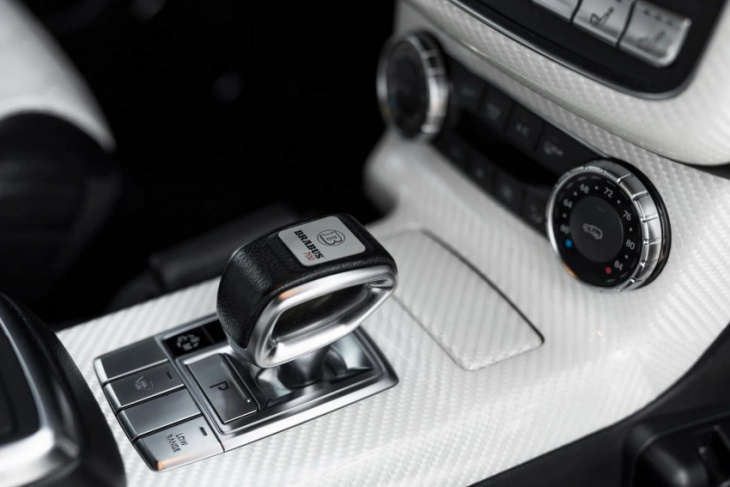 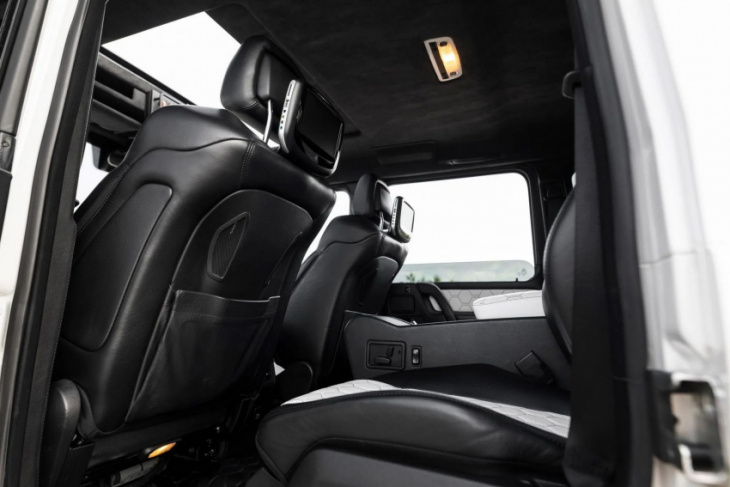 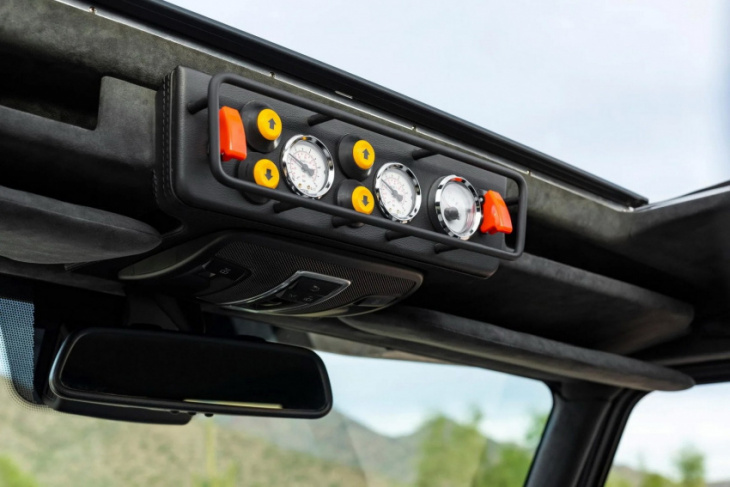 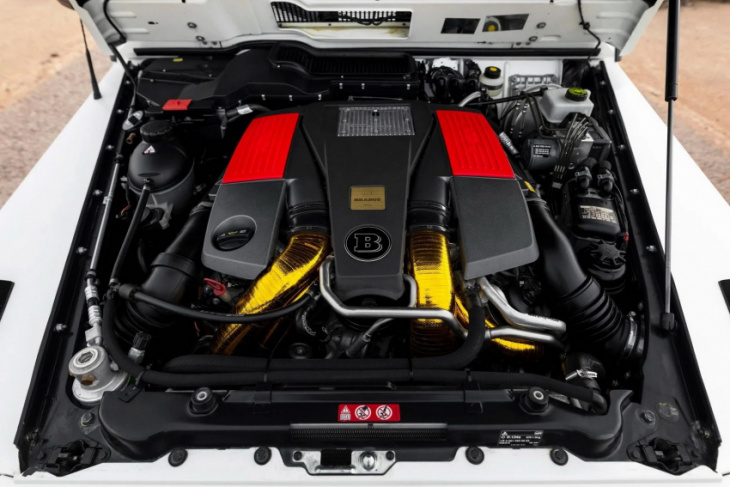 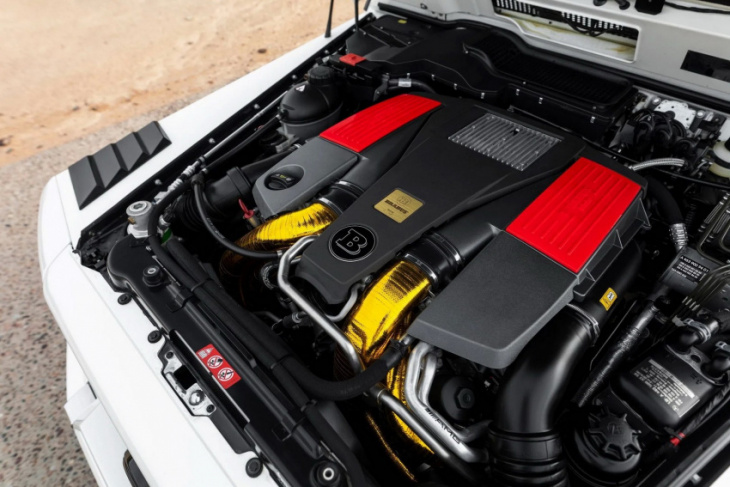 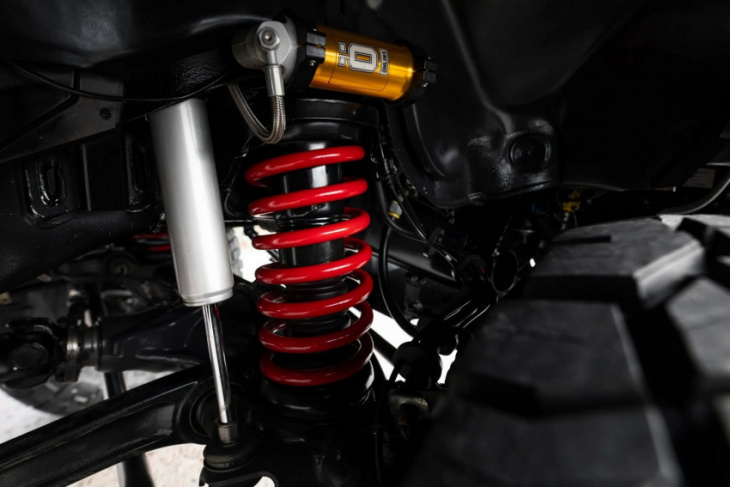 Finding one on the used car market is difficult enough, and if you want a Brabus-tuned example, let’s just say it would be unwise to hold your breath. Luckily, one such truck just surfaced on Bring a Trailer and potential suitors have about 10 days left to bid, as of 12.13.2021. The highest bid, by the way, is already $600,000. What makes this particular example so attractive (apart from the obvious), is the predominantly white exterior with contrasting carbon fiber accents and Brabus badges. It also comes with a power dome hood scoop, roof extensions, additional LED lights, flared fenders and plenty more gear – all standard. Options meanwhile include the polished skid plate, wood-paneled cargo bed, roll bar, running boards and the black 18-inch Hutchinson wheels with red accents and Brabus center caps. Inside, the front and rear seats are upholstered in black leather with white hexagonal-quilted inserts, while the dashboard and center console both feature carbon-style accents. Since Brabus had a hand in tuning this 6×6, you’ll also find custom logos on the headrests and seatbacks, aluminum pedals, a backlit Brabus logo on the kickplates, Harman Kardon sound system and so on. As for the powertrain, it’s a twin-turbocharged 5.5-liter V8 engine, rated at 700 hp and 708 lb-ft (960 Nm) of torque thanks to the B63S 700 package. Brabus added the machined turbocharger housings, larger-diameter exhaust manifold pipes, additional cooling and some heat-reflective material. The engine, which has 8,000 miles (12,800 km) on the clock, sends all its power to three portal axles with 30:40:30 splits, courtesy of an AMG Speedshift 7G-Tronic seven-speed gearbox.
It’s not what some might call fast (it’s no Trackhawk), but the performance is, shall we say, sufficient.