Formula E’s first race at the Jakarta E-Prix venue proved to be a hit with the drivers, teams and fans alike.

The track surface received praise from drivers and it produced an organically exciting race that featured plenty of winners and losers: 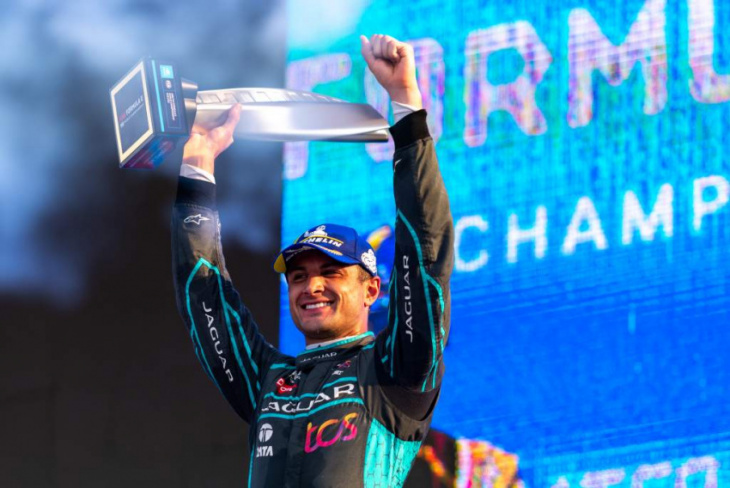 A sublime win for the Kiwi who once again proved his championship credentials and didn’t show any hint of the error-prone version of Evans we’ve seen prior to his solid 2022 season.

He was miles clear of his Jaguar team-mate Sam Bird all weekend long and delivered the laps in qualifying to ensure he was in prime position to pressure the DS Techeetahs into management mode.

He did exactly that with an efficient late-race move on Jean-Eric Vergne to secure his third win of the season and move to within 12 points of the championship lead. 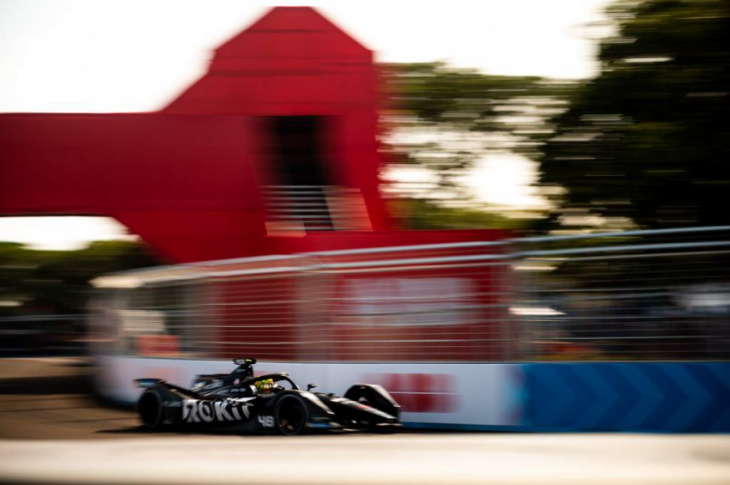 Mortara couldn’t quite get involved in the leading fight, but he did secure an all-important podium which marks his third successive top-three finish and allows him to stay firmly in the title battle.

The Venturi driver is enjoying a clear advantage over his former champion team-mate Lucas di Grassi – largely due to his superior one-lap speed – and it’s rightly making him appear as one of the championship’s strongest drivers.

With Mortara, Venturi also once again proved it can beat the factory Mercedes squad and its customer status isn’t going to get in the way of its title bid this year. 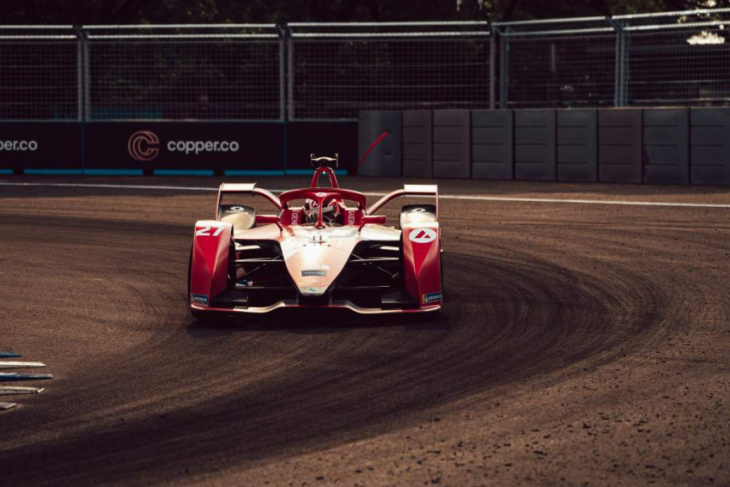 Dennis and Avalanche Andretti finally got a proper result for probably the first time since the Diriyah season-opener.

There have been some strong qualifying results such as the front row Dennis secured for the second Rome race. But these often ended with either no or very few points.

But on Saturday in Jakarta, Dennis and Andretti converted fifth place on the grid to a solid sixth-place finish.

They couldn’t keep pace with the leading group but importantly they didn’t allow themselves to be swallowed by Formula E’s vicious midfield pack that claimed the likes of reigning champion Nyck de Vries.

A podium doesn’t look possible without a clear improvement in its race pace, but more points finishes like this should allow Andretti to finish comfortably clear of its nearest rivals Mahindra and Nissan e.dams. 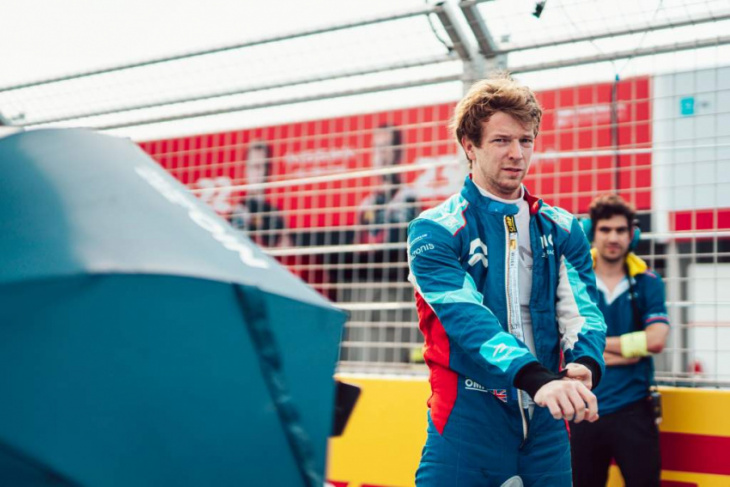 Twelfth place might not seem like much on paper but it’s probably Oliver Turvey and NIO 333’s strongest performance of the season.

While his energy-saving heroics in Rome yielded a seventh-place finish, this Saturday’s 12th was earned on merit and with some stern racecraft.

Turvey made strong early progress from 16th place on the grid and kept his nose clean to finish ahead of multiple drivers with more competitive packages.

He didn’t get a point to show for it, but it’s a nice reminder of the quality that exists within the driving line-up and team of one of the championship’s biggest strugglers.

Jean-Eric Vergne and his victory drought 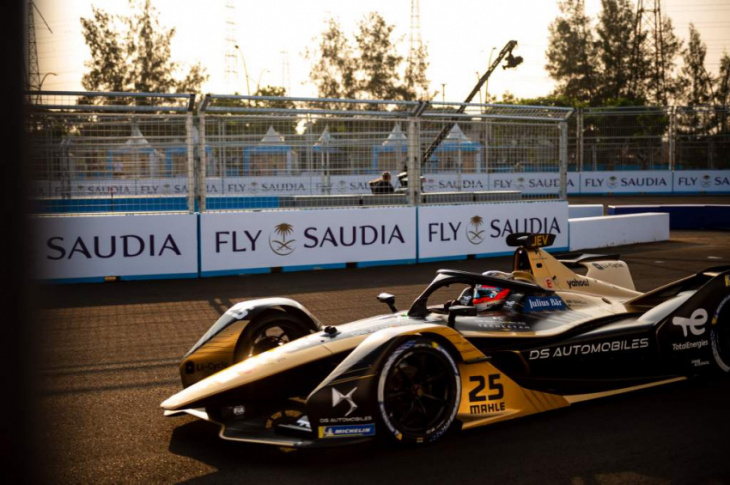 It might feel a bit odd to place the second-place driver from the weekend in the ‘losers’ category but it’s another weekend in which Jean-Eric Vergne has fallen short of a first victory of 2022.

This time Vergne put the failure down to battery management woes aboard his DS Techeetah.

His team-mate Antonio Felix da Costa should also take some portion of the blame as his early-race error handed Evans second place on a plate and prevented the Techeetah pair from being able to control the race from the front.

Instead, Vergne was vulnerable to Evans’ attack, and he did well to keep second from Mortara to ensure he still closes on Vandoorne’s championship lead.

By no means a bad weekend, but one which extends his victory drought to 20 races. 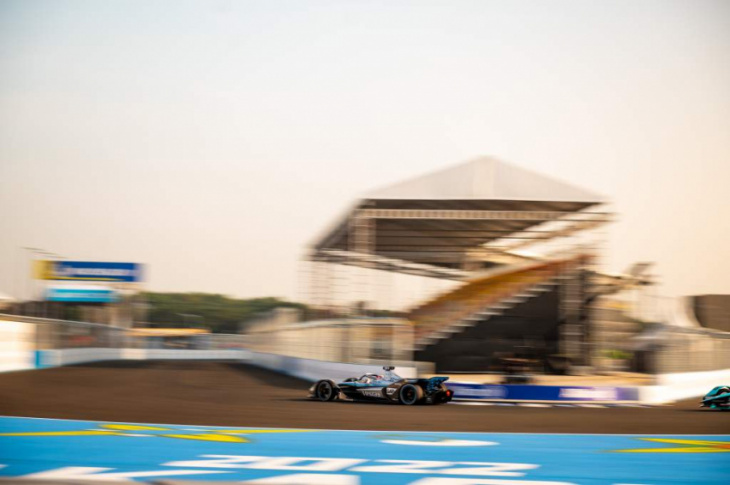 Probably the weekend where de Vries’ title defence ends as a bruising race left him point-less for the second weekend this year after his Rome disaster.

Much like Rome he was in the wars, although this time could do little to prevent it.

He was swept aside by di Grassi and lost a couple of places before a clash with Porsche’s Andre Lotterer gave him a left-rear puncture and led to his retirement.

Lotterer was given a penalty for the incident and that cost him a ninth place finish, but that provided little comfort for de Vries who is now 56 points adrift of his championship-leading team-mate. 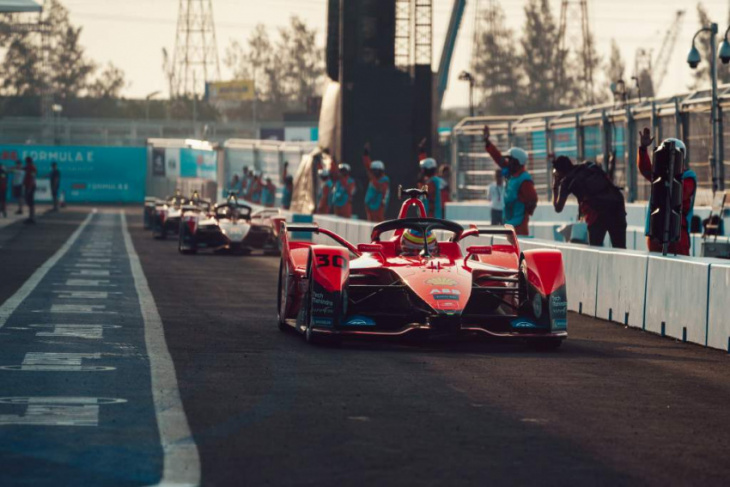 The team came into Jakarta off the back of its most promising weekend of the season so far in Berlin but left Indonesia empty-handed after a miserable Saturday.

Neither driver progressed to the duels, with Oliver Rowland its leading qualifier in 12th place, but his progress in the race was quickly limited when his tyre detached from his car and caused an early safety car.

Rowland summed it up nicely after the race: “It’s a long way to come to complete a couple of race laps.”

Alexander Sims could only qualify 20th and made up five spots to finish in a lowly 15th place. 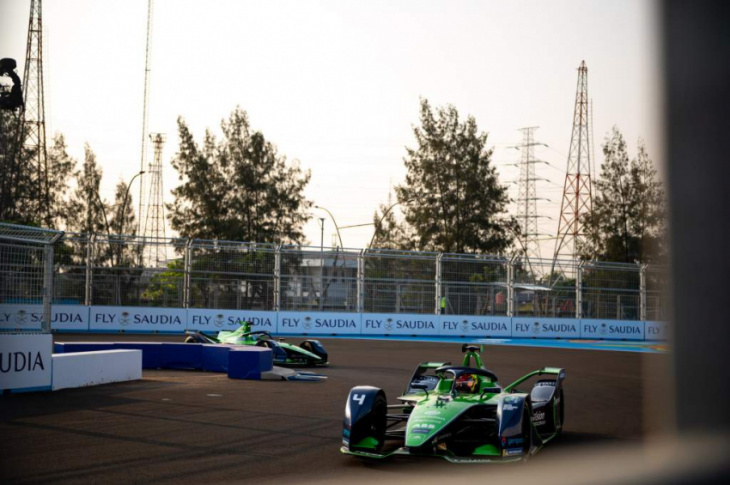 A rather hopeless weekend for the Audi-powered Envision team left it with a mountain to climb in both championships.

Robin Frijns made a mistake in qualifying and had to start from the back row of the grid while his team-mate Nick Cassidy didn’t fare much better and took 13th on the grid.

While Cassidy slowly slipped back, Frijns made marginal gains to finish in 17th place, directly behind Cassidy.

It leaves Frijns with a not-unassailable 40-point deficit to Vandoorne in the championship but it’s one he’ll have to seriously reduce in the coming races if he wants to stay in title contention.

For Cassidy it’s his third successive race outside the points as his tricky sophomore Formula E campaign continues. 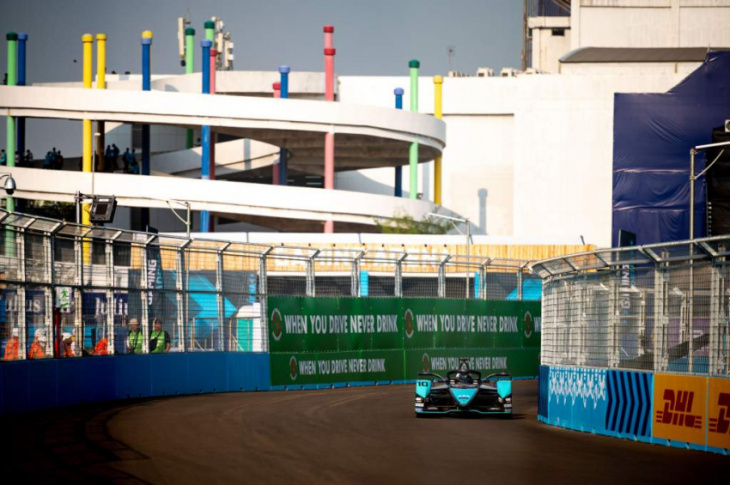 Another troubled weekend for Bird, who once again finished far adrift of his team-mate Evans.

Only 0.103s separated Evans and Bird in their qualifying group but that proved to be the difference between third and 14th on the grid in the end.

That ended up defining Bird’s race as even though he made as much progress as any other driver, ninth place and two points was ultimately his ceiling.

It means Bird is still only 12th in the drivers’ championship and his lack of results is what’s leaving Jaguar fourth-best in the constructors’ fight – even if the margins costing Bird are so small. 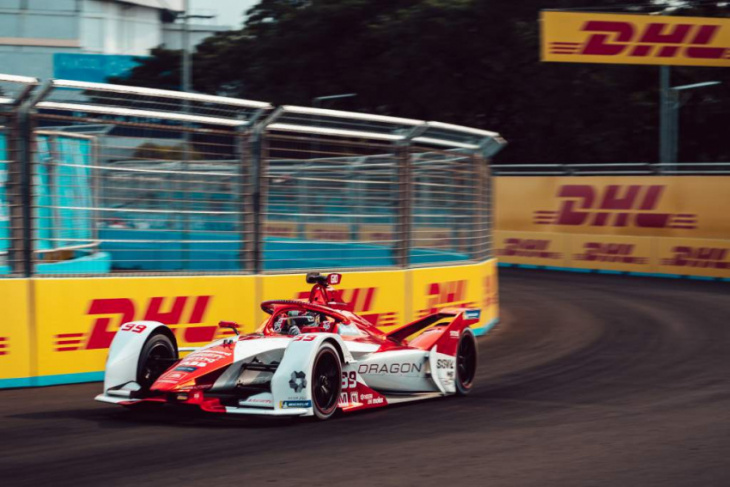 Giovinazzi has had no shortage of hopeless and lonely races in his rookie Formula E season but his Jakarta outing can’t be described with either of those words.

Instead, it was a race where Giovinazzi attempted an over-ambitious lunge on his Dragon Penske team-mate Sergio Sette Camara and was spun around by the Brazilian.

Rowland’s stray tyre-induced safety car allowed the ex-Formula 1 driver to close back in on the pack and he managed to get ahead of Sette Camara after the race restarted.

He even closed onto the rest of the pack, albeit with one slight caveat – he had eight percent less energy than the next car up the road.

This bizarre ultra-aggressive energy strategy failed to pay dividends as Giovinazzi inevitably ran out of energy with five laps to go and retired.