According to drone footage posted on YouTube, the Tesla Semi has entered limited production at Giga Semi Nevada. The electric semi-truck is still two years away from volume production. The video shows a Tesla Semi prototype doing testing rounds in the factory’s yard, presumably as part of a customer testing program. 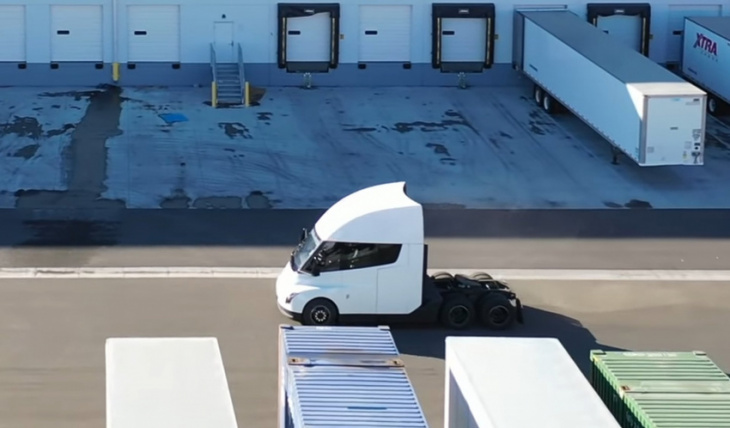 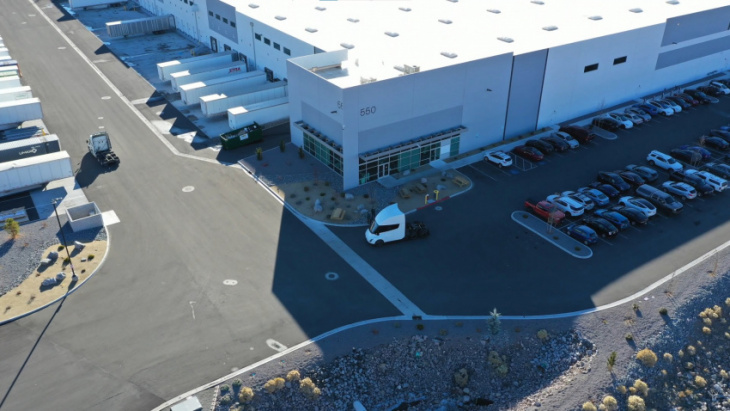 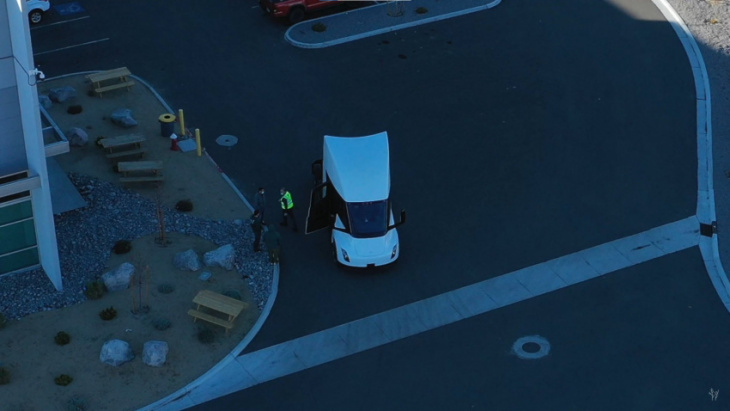 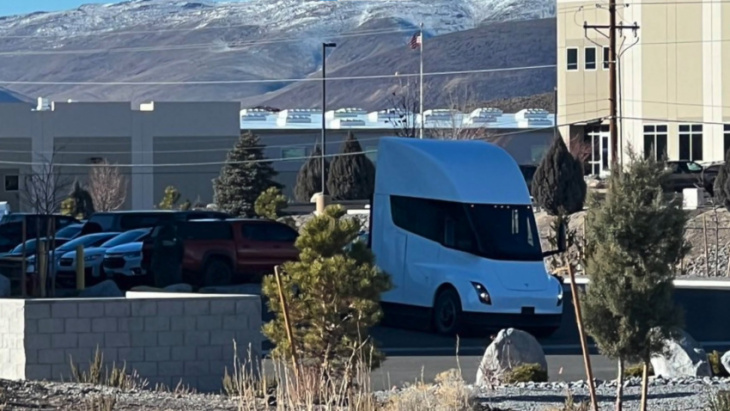 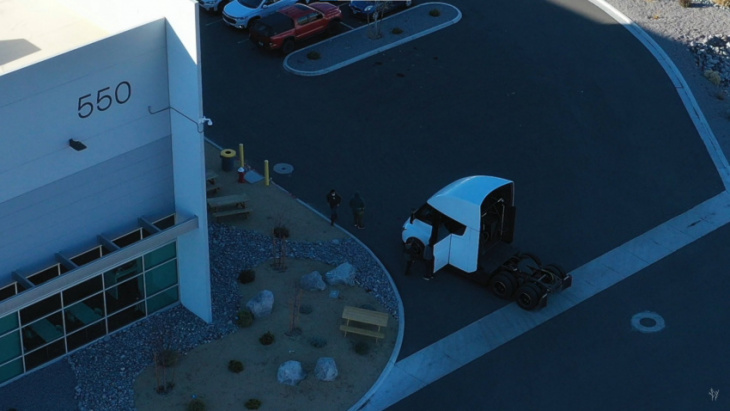 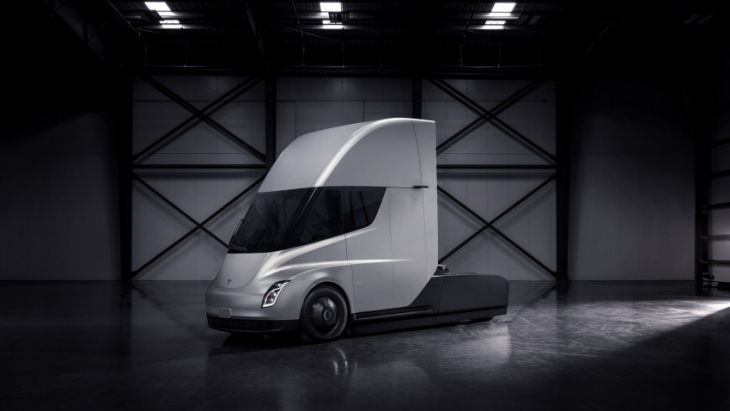 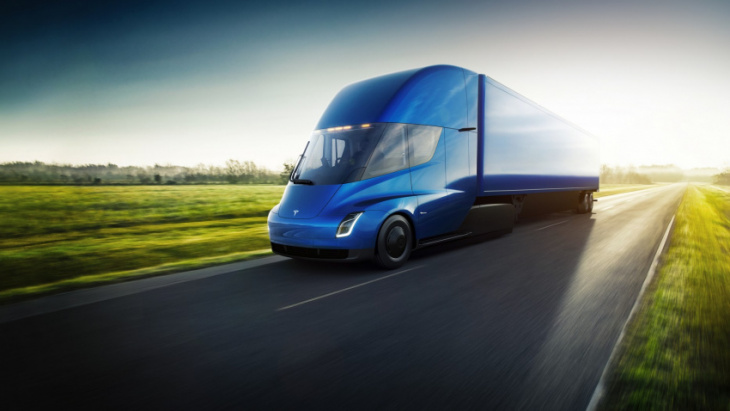 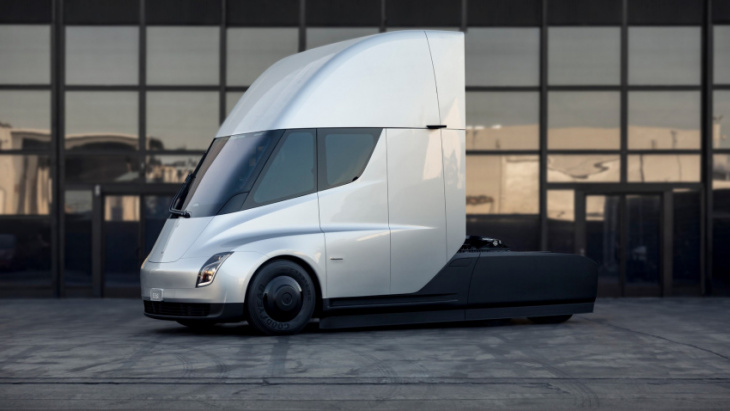 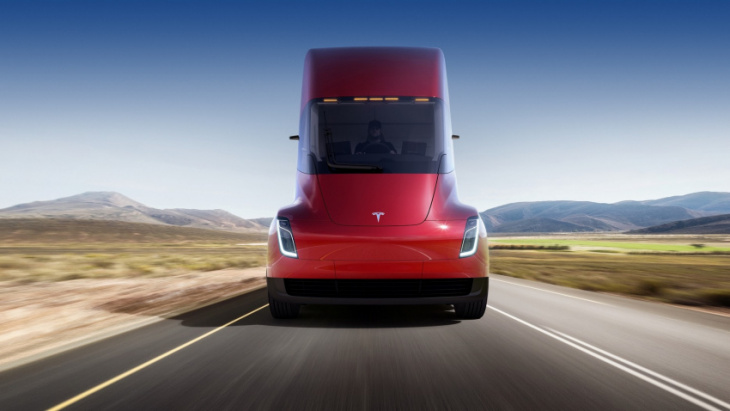 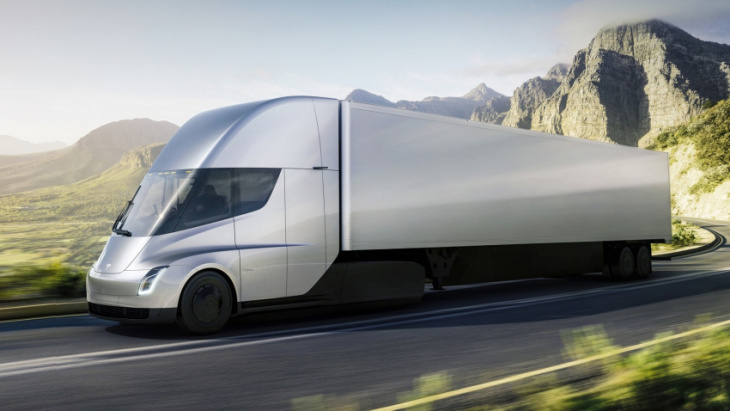 One of the most anticipated launches of this decade is that of Tesla’s electric semi-truck, aptly named “Semi.” Although Elon Musk promised back in 2017 that this revolutionary truck will be storming the roads in 2019, and later delayed it until the “end of 2021,” it appears that the full volume production will not start for at least another two years. Nevertheless, a new fly-over video made public by Tesla enthusiast Sawyer Merritt shows a Tesla Semi prototype performing some basic tests in the factory backyard, including acceleration, braking, and turning without a trailer. According to the video posted on YouTube, the prototype did not have any Department of Transportation stickers or manufacturer plates, so this must have been fresh out of the factory. Sawyer Merritt assumes the prototype belongs to a limited customer testing program, like the one announced by PepsiCo in November. The beverage company was expected to take delivery of the first eight units by the end of this year, but Tesla’s Musk confirmed this will not be the case. The main problem seems to lie with the new 4680-type Li-Ion batteries, which are still to be produced in meaningful numbers. The chip crisis is also a contributing factor, affecting all car manufacturers. “If Pepsi does receive some Tesla Semi’s this year, I view it as a customer test program. Pepsi will use them in the real world & relay info back to Tesla on how it goes & what they can improve. At least that’s my guess,” says Sawyer Merritt in a Twitter post. He also believes the volume production will not start until 2023.

B Is For Build is known for some wild car creations, and now he wants to modify some Teslas.

Tesla shareholders are a rare breed, sometimes putting almost everything, and we mean everything, on the line in hopes of striking it big and making major waves in their own portfolios. Jason DeBolt is one of those shareholders. DeBolt, a shareholder since March 26, 2013, sold his home and ...


View more: Tesla shareholder sells home to load up on stock, and it’s already paying off

The production potential of all plants is estimated at close to 2 million units annually.


View more: 2023 Tesla Model S is the Most Reliable EV According to iSeeCars