A furious Jean-Eric Vergne stormed out of the New York City Formula E stewards office on Sunday when it became clear that would be no penalty for the incident that ended his and Lucas di Grassi’s races.

Vergne was running in 10th position with three laps remaining when di Grassi got a run on the DS Techeetah driver into the Turn 6 chicane.

Di Grassi told The Race that Vergne had “done a mistake in corner four” and he then got close on the inside into Turn 6 and “just on the braking point he turned left, crashing into me before the left-hander”.

Vergne repelled the attack by staying on the outside of the left element of the chicane in order to get the ideal line for the following right.

With di Grassi alongside, Vergne appeared to be given the option of hitting the inside wall or an unavoidable contact with the Venturi-run Mercedes.

“In the end he touched my rear and made me spin,” said di Grassi.

“When we were with the stewards it was very clear that he was optimistic [that di Grassi would be penalised].

“In the end, it was deemed a racing incident, and we move on.

“It was very clear that he was struggling in the race and he had a bad weekend. But we don’t focus on him, we focus on us.

“We were only there because we had a very, very poor mistake in quali that should never happen [di Grassi lost his group qualifying times for not respecting the minimum pit in/out time], otherwise we would have never been in that position.” 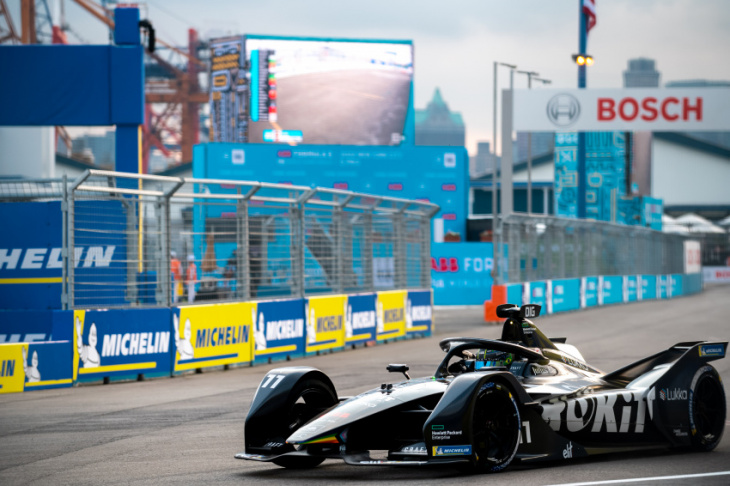 Di Grassi’s hustling of Vergne at that point of the circuit was in stark contrast to several other similar battles in the race where two cars ran side-by-side without significant contact. These included battles between Nyck de Vries and Sam Bird, and Alexander Sims and de Vries.

Vergne braked before the impact in a final attempt to minimise the contact but the resulting collision broke his steering arm and pitched di Grassi into retirement.

Both drivers were summoned to the stewards’ office after the crash was placed under investigation. Footage of the incident was discussed between them, team representatives and driver advisor Pedro Lamy.

Vergne is understood to have left the meeting very abruptly in frustration at the course the discussions were taking and the likely outcome being di Grassi being exonerated, leaving before the deliberations were over.

Neither driver was able to attend the mandatory media pen sessions because of the summons to the stewards and Vergne left the circuit immediately after leaving the stewards’ meeting room.

Double Formula E champion Vergne, who scored no points over the whole New York weekend and slipped to 27 points behind new leader Stoffel Vandoorne, said via the team’s official communications: “The start was not really good as I was on the inside so I lost a few positions in the traffic.

“After, the first part of the race was good, I fought back up to 10th until I got hit and ended in the wall so I could not score any points.

“But the season is not over, and we still have four more races to battle for the championships.”