Nissan and McLaren’s long-anticipated collaboration for the Gen3 era of Formula E has been announced, with the manufacturer due to supply powertrains to its new customer from 2023-2026.

The newly formed McLaren squad will run the next iteration of Nissan hardware as part of the first customer supply deal Nissan has offered since it entered the championship in 2018.

Prior to that, its sister brand Renault supplied the Techeetah team and powered it to the 2017-18 title with Jean-Eric Vergne. 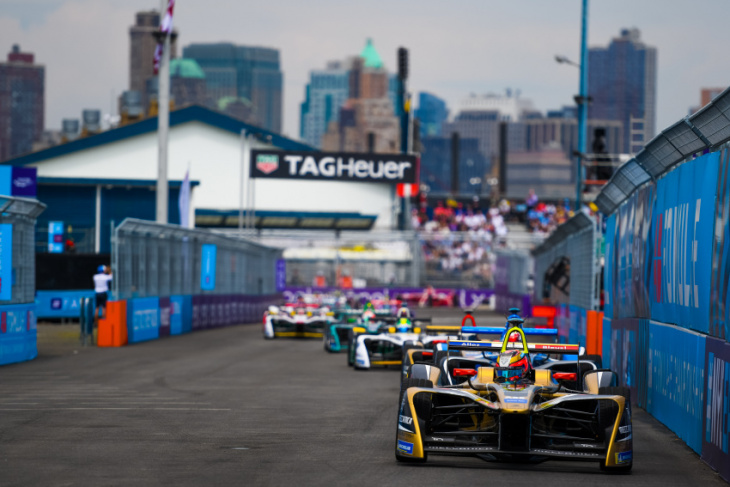 The Race first reported plans for the new alliance in February. That was when executives from the outgoing Mercedes EQ stitched the deal together, although at that stage the completion of McLaren’s ownership of the licence and naming rights of the team had not been completed.

The new Nissan powertrain is presently going through its first testing at the Calafat circuit in Spain, where test and sim driver Jann Mardenborough has been completing laps on Thursday.

McLaren is yet to confirm several aspects of its 2023 package, including major commercial partners and the drivers that will replace the DS Penske-bound Stoffel Vandoorne and reigning champion Nyck de Vries, who is currently deciding his programme for next season.

Speaking to The Race about the deal, the Nissan team’s general manager and managing director Tommaso Volpe said partnering with the new-look McLaren team would bring “mutual benefits.”

“The competition is becoming so tight now, compared to previous seasons, that having the possibility to collaborate with another team and having four cars on the grid, obviously, can also give a competitive advantage,” said Volpe. 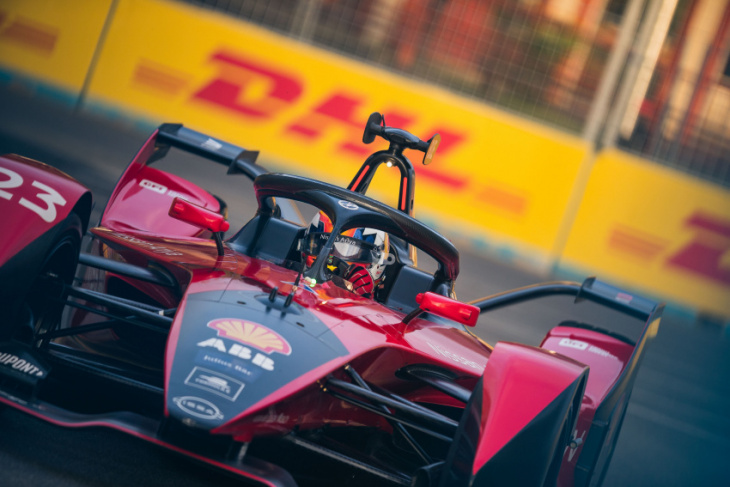 “Now, we’re really competing for tenths of a second, even less, so anything that can help, you should actually do it.

“It’s something that all manufacturers are trying to do to be honest. There is no secret that in generation three it will be one of the key things – having a manufacturer and a partnership team.

“We believe we picked a super strong team, obviously, as it [Mercedes] is the leading team at the moment.

“So we are very confident that this will bring mutual benefits for us and for them, of course.”

CEO of McLaren Racing, Zak Brown said that the deal with Nissan was part of the “shaping [of] the team for its first season as McLaren in Formula E” and that it was “naturally seeking the best partnerships and opportunities on every front – with the technical aspect being one of the key areas”.

“Nissan have proven their knowledge, craft and commitment over the last four seasons in Formula E, and heading into the Gen3 era, we have full confidence that the collaboration will bring both parties much success,” added Brown.

“This will be a true partnership that will drive both the team’s performance and the development of the Nissan Formula E powertrain technology.”

The Mercedes EQ squad, which will transition into the McLaren Formula E team, is expected to relocate from its present Brackley premises to a new headquarters in the Bicester area of the UK later this summer.

The vast majority of its team will stay in place with Ian James continuing as team principal, and other key staff such as Nick Chester and Gary Paffett also staying on.