The 19 points that Mitch Evans lost to Stoffel Vandoorne at the Berlin E-Prix in May didn’t feel like a possible title-defining moment at the time. But in Evans’ mind it certainly feels like it now.

Had he even been able to match the 30 points Vandoorne scored over the double-header on the dynamically quirky Tempelhof asphalt, Evans would have entered the imposing and notorious gates of the 1988 Seoul Olympic stadium this week 17 points shy of his friend and rival and not 36.

A fifth and a 10th in Berlin disappointed Evans perhaps more than his London inverter disaster last month. 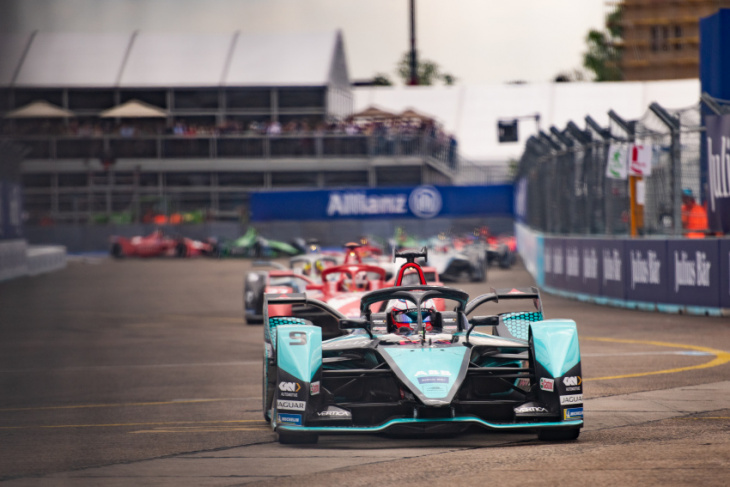 That is because after showing strong pace at Berlin in 2021, Evans believed that Jaguar had turned a corner on the airfield track. It was a false dawn.

“Berlin, I feel like we were still really searching for performance there and I was hoping [to be better] off the back of last year’s qualifying,” Evans tells The Race in Seoul.

“We got to be one of the frontrunning teams there [in 2021] but we just seemed to struggle again, which was a bit frustrating. I think every team has had one or two tracks that are just not really right.

“Obviously they [Vandoorne and Mercedes] have just done a better job consistently speaking throughout the year.

“That’s the name of the game. It’s about scoring points. Yes, race wins are amazing, trophies are great, but points are what wins prizes here.”

Evans and Jaguar have had to roll with some debilitating punches this season, in what looks at present to be another campaign where they’ve fallen agonisingly short.

Leaving Mexico City in February, Evans had accrued just one point from three starts and was 42 off then leader Edoardo Mortara. 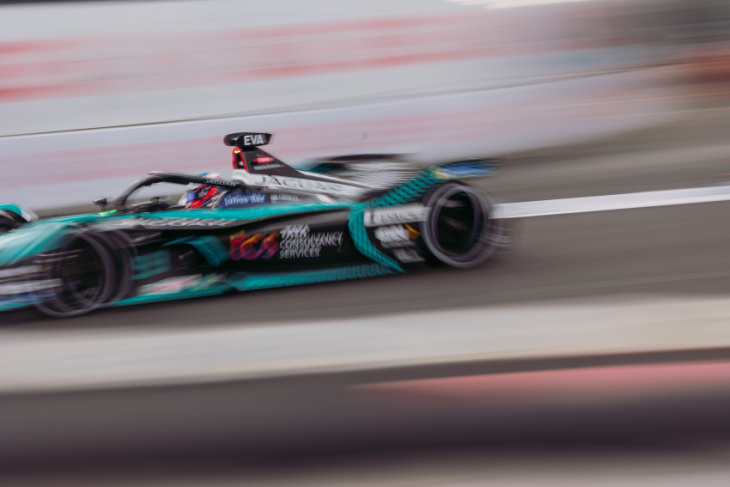 Six months on and he’s only six points better off compared to the standings leader, but that tells little in the bigger-picture appraisal of his season and the structure of the title battle that until London was between Vandoorne, Evans and what ultimately became phantom title challengers in both Jean-Eric Vergne and Mortara.

A rare Formula E double-victory in Rome, a second place at Monaco, and a third win of the season in Jakarta re-inflated some title belief for Evans. Yet the Berlin weekend, which was between Monaco and Jakarta, still stings.

“It’s been really frustrating because we’d gone into the season hoping to hit the ground running and we just completely missed it for a few reasons, which obviously we fixed after that long break,” says Evans. “But it hurts, it always does in the end but you cope.”

That sting became full on irritation in London. Almost a year to the day on from his title bid disintegrating on the grid, again in Berlin, Evans was sat in an intractable Jaguar as his title hopes withered.

The issue itself, associated with the inverter, was a “completely new issue that we faced”, says Evans.

“It was just a new one [issue] that we’ve never had before. It was a bit strange because the behaviour of the car was really strange, very strange for a few laps. I’ve never experienced that before, even in testing.

“But they seem to have got the bottom to the bottom of what happened. We’re really confident this won’t happen again.” 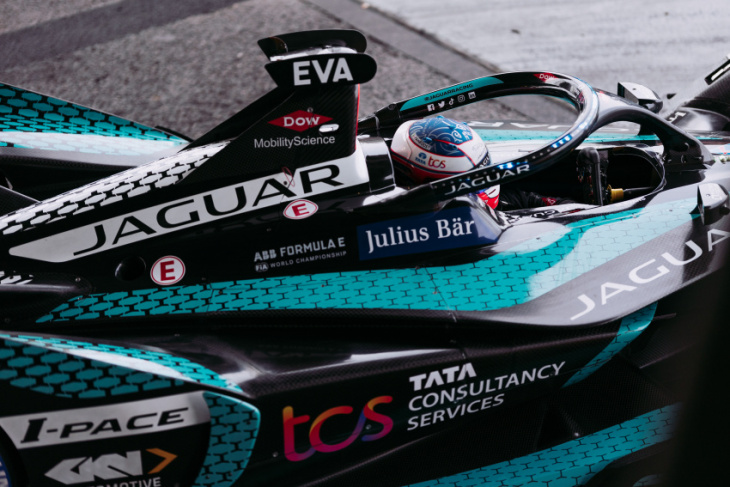 The specifics of the issue caught team and driver by surprise but Evans had warnings before he ultimately stopped.

“On four occasions, I got absolutely full power,” he says. “The pedal was back with me, but I was [also] getting full gas. And then a little bit later, the brake-by-wire also seemed to fail.

“I’ve never had that happen before. So, trying to dissect that within a few minutes isn’t easy. Then the behaviour on the brakes was really strange, so I thought maybe it was brake-by-wire.

“We did a couple of system changes. But by the time I was on my third systems change, that’s when I had to do a power cycle at Turn 9 and just switched off. I was able to get back to the pits, but I couldn’t continue at racing speed.”

Reliability issues have stymied Evans at crucial moments in the last two title campaigns. But he’s still holding out for a miracle, which occasionally happens in Formula E.

“Mentally I’m thinking, ‘I’ve got a really slim chance but I still have a chance’,” he acknowledges.

“Things can happen strangely in this business and especially in Formula E and there are a fair few variables here at Seoul with weather and a new track for everyone so, I’m feeling really relaxed.”