The WEC is about to experience a major influx of new entries in the Hypercar class for 2023, with Ferrari, Porsche and Cadillac all preparing to join incumbents Toyota and Peugeot, as well as the possibility of extra cars from niche marques Glickenhaus, ByKolles/Vanwall and Isotta Fraschini.

With Porsche and Cadillac running cars based on the all-new LMDh ruleset, the WEC faces a major challenge with its Balance of Performance to keep what is set to be a field of at least 11 cars in the top division competitive at every race.

Looking ahead to 2023, Conway acknowledged the possibility of some teams holding back performance early in the season in a bid to gain a potential advantage over their rivals later on, particularly ahead of Le Mans.

But the British driver, who looks certain to remain part of the Toyota line-up for next year, equally feels that teams can ill-afford to give away points to remain in title contention at the end of the year.

“It’s so hard to know,” Conway told Autosport when asked to imagine how the 2023 season could pan out. “The first race will probably separate things a bit, there will be more gaps, but then I guess it will even out as the season goes on.

“Whoever starts strong, depending on what they do with the BoP, will dictate things a little bit. It’s going to be hard. Even with seven rounds, it’s still quite a short championship, so you have to be always scoring well.” 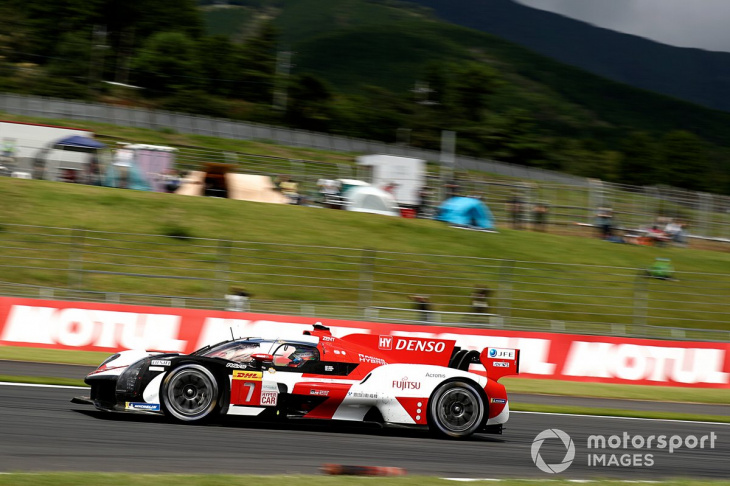 Conway pointed out that the addition of an extra pre-Le Mans race at Portimao, which slots in between Sebring and Spa as the second race on the 2023 calendar, means any team focusing purely on victory at Le Mans is sacrificing a major portion of the season.

“It could possibly be like that [with sandbagging], but if you’ve got nearly half the championship before that, you can’t mess around too much either,” he said.

But of course more points are on offer at Le Mans, so I’m sure there will be some games.”

Conway added that he hopes Toyota already having two seasons of experience with the GR010 Hybrid LMH will give the Japanese manufacturer a “headstart on a few things” compared to its rivals, as he targets championship glory.

“I would love to be able to win a championship with everyone there [in the top class],” he said. “That’s my real goal and aim, I want to tick that box for sure. I can’t wait for it.”