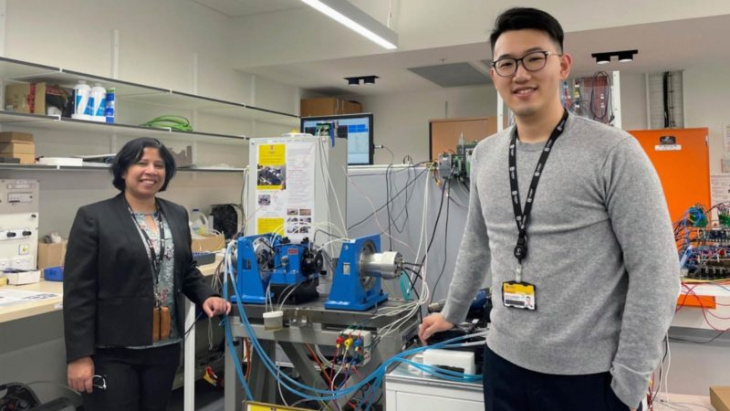 A group of researchers from the University of New South Wales (UNSW) Sydney have taken inspiration from a bridge in South Korea to develop a new magnetically driven “very-high-speed” motor which significantly reduces the use of rare earth materials and delivers improved power density.

Engineers from UNSW Sydney have designed and built a new high-speed motor which they say has the potential to increase the range of electric vehicles while simultaneously reduce the amount of rare earth materials needed.

The new Interior Permanent Magnet Synchronous Machine Motor (IPMSM) was inspired by the shape and engineering properties of the Gyopo rail bridge, the longest railroad bridge in South Korea. 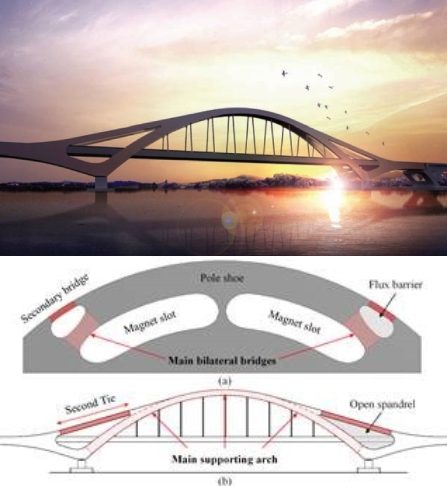 An IPMSM type motor uses magnets embedded within its rotors to create strong torque for an extended speed range, but existing IPMSMs suffer from low mechanical strength due to thin iron bridge in their rotors, which in turn limit their maximum speed.

These limitations have been overcome, however, by the research accomplished by the UNSW team, who developed and patented a new rotor topology which significantly improves robustness while also reducing the amount of rare earth materials per unit of power production.

According to the UNSW engineers, their new IPMSM type motor has already achieved speeds of 100,000 revolutions per minute, successfully exceeding and in fact doubling the existing high-speed record of laminated IPMSMs, making it the world’s fastest IPMSM ever built with commercialised lamination materials. 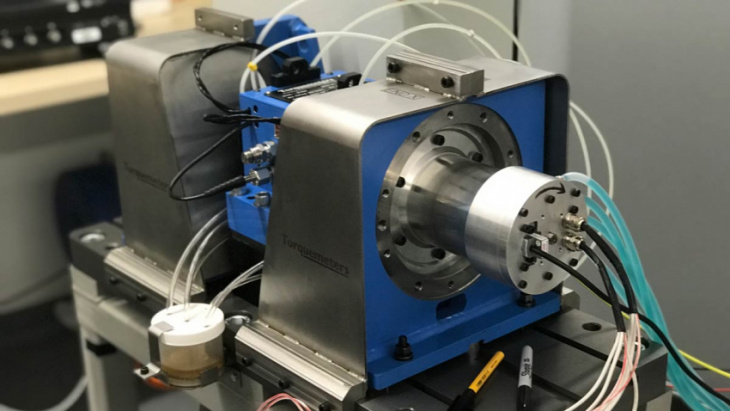 More importantly, however, is the fact that the new IPMSM is able to produce a very high power density, potentially helping to reduce overall weight in electric vehicles (EVs) and therefore increasing the range of an EV.

“One of the trends for electric vehicles is for them to have motors which rotate at higher speeds,” said Dr Guoyu Chu, from the UNSW School of Electrical Engineering and Telecommunications who, along with Associate Professor Rukmi Dutta, led the team which developed the new IPMSM.

“Every EV manufacturer is trying to develop high-speed motors and the reason is that the nature of the law of physics then allows you to shrink the size of that machine. And with a smaller machine, it weighs less and consumes less energy and therefore that gives the vehicle a longer range.

“With this research project we have tried to achieve the absolute maximum speed, and we have recorded over 100,000 revolutions per minute and the peak power density is around 7kW per kilogram.

“For an electric vehicle motor we would actually reduce the speed somewhat, but that also increases its power. We can scale and optimise to provide power and speed in a given range – for example, a 200kW motor with a maximum speed of around 18,000 rpm that perfectly suits EV applications.”

The development of this new motor could also lead to immediate benefits for the EV industry, according to Chu.

“If an electric vehicle manufacturer, like Tesla, wanted to use this motor then I believe it would only take around six to 12 months to modify it based on their specifications.

“We have our own machine design software package where we can input the requirements of speed, or power density and run the system for a couple of weeks and it gives us the optimum design that satisfies those needs.”