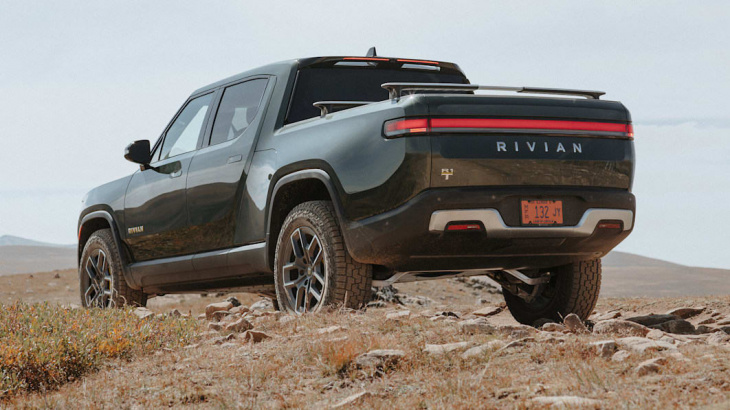 A year ago, auto industry execs generally believed we’d be emerging from the tempest of astounding vehicle prices, the chip shortage and the supply chain crisis, and we might start feeling the welcome warmth of a return to normalcy. Life poured as much water on those notions as Mother Nature did in New England recently when she delivered enough rain and snow (in the middle of April!) to leave thousands without power. Lately, the prognosis for the future is getting worse, and Rivian CEO R.J. Scaringe has the worst news yet. In an interview with the Wall Street Journal, the EV honcho said “Semiconductors are a small appetizer to what we are about to feel on battery cells over the next two decades.”

Scaringe believes the compacted timeline for switching millions of personal vehicle sales from ICE to battery-electric is going to expose the lack of preparedness along the entire battery supply chain, from mining to producing the final packs. Right now, “90% to 95% of the supply chain does not exist” to furnish the targets governments and OEMs have set for a decade from now. In the U.S. last year, 5% of overall vehicle sales were hybrids, 3% were EVs, both record numbers. To reach those percentages, lithium-ion battery demand has risen an average of 37% every year since 2015, the Journal saying this year will see a 50% jump.

No part of the battery industry can sustain that, and we’re not sure the Earth can, either. Lithium is earning its nickname as “white gold,” the quest for it pushing developments that could become for minerals what fracking is to oil, causing controversy among climate groups, and leading to statements like, “A lot of us understand blowing up a mountain for coal mining is wrong; I think blowing up a mountain for lithium mining is just as wrong.”

Wouldn’t it be funny if the history books record that humanity accelerated its rush into space because it had to find the minerals it needed to save the Earth? (Don’t worry, that’s coming.) We’re not sure if canaries are the bird of choice in lithium mines, but check out what Scaringe has to say in the Wall Street Journal.

Keyword: Rivian CEO believes battery supply chain will be the next disaster

Please Do Not Launch Your Rivian R1T Backwards

Rivian R1T And R1S Get More Range From Software Update

Rivian ‘R2T’ electric truck could slot beneath the R1T in 2026

Stellantis’ Ram Truck brand revealed its RAM 1500 Revolution battery electric vehicle concept during CES 2023 in Las Vegas. The all-electric RAM pickup has already generated some buzz in the market for its exciting features and next-gen design. With the growing electrified pickup truck market, RAM has developed a strong ...

Despite a near miss on its production goal for 2022, institutional investors are maintaining their buy ratings for Rivian stock. Rivian (NASDAQ: RIVN) went public only 14 months ago, and since then, it has not exactly had a great time of it. From its IPO peak, Rivian stock has ...

Here’s How Close Rivian Came to Its 2022 Targets

The EV maker’s production surged in the last quarter, but it still came up a bit short.


View more: Here’s How Close Rivian Came to Its 2022 Targets

Rivian Vs Porsche And Aston Martin Drag Race The least powerful people mover in the group still has 631 horsepower. Tires. Keep that in mind because, as you’ll soon see, tires are the key component in this three-way super-SUV drag race. Okay, they’re a key component in pretty much ...

The Internet Is in a Tizzy About This Abandoned Rivian R1S

The Rivian R1S took years to come, and only moments to go This seems like a miscalculation Would you abandon your Rivian? How is one of the newest and most exciting SUVs going to be abandoned out in front of God and everybody? Off-roading should never be taken lightly. ...


View more: The Internet Is in a Tizzy About This Abandoned Rivian R1S

Rivian R1T & R1S Have 1 Huge Advantage Over All Tesla Models

Rivian Is Teasing Cheaper 2023 Models With Up to 700 Horsepower

New, cheaper dual-motor Rivian coming next year 600- and 700 horsepower Rivian: Towing and battery How much are dual-motor Rivian R1T and R1S? Rivian is one of the most popular new automakers that’s entered the electric vehicle market. Since then, the brand has had ups and downs, but a ...


View more: Rivian Is Teasing Cheaper 2023 Models With Up to 700 Horsepower

How Safe Is the Rivian R1T Truck?

Scout EV: the Rivian-fighting e-truck due in 2026

What BMW’s Concept XM says about luxury car brands in an electric world: the German company didn’t learn from Tesla or Rivian, and Apple might be the winner …

Rivian Removes Variant Of Its R1T For 2023, Provides Other Updates

Rivian And Mercedes Pause Partnership Talks After Only Three Months

Rivian Opens Tech Center In Serbia Where It Plans To Employ 1,200