Porsche has taken out the Nurburgring lap record for series-production electric car, clocking a lap in just 7:33.3. This surpasses the significantly more powerful Tesla Model S Plaid by around two seconds. 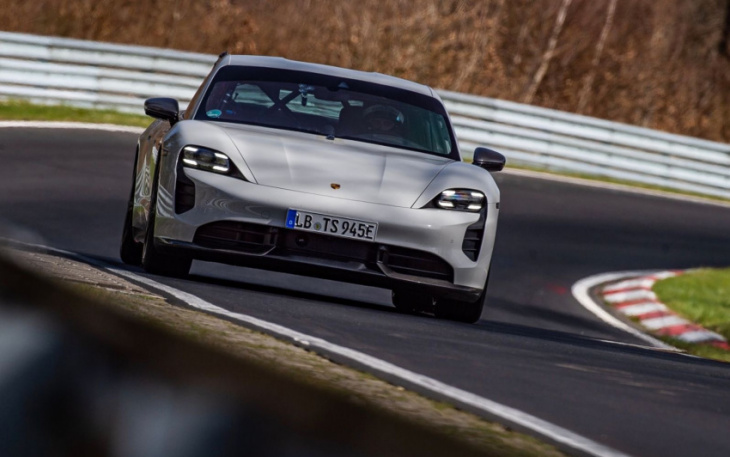 The Taycan used for the lap record was a standard Taycan Turbo S. Well, it wasn’t quite showroom fresh but standard enough to fall under the category of a production car. It featured a roll cage and racing seat, only as part of safety requirements.

The car in question was also fitted with the new optional performance kit and Porsche Dynamic Chassis Control (PDCC) system. As part of the performance kit the Taycan receives 21-inch RS Spyder wheels and a set of Pirelli P Zero Corsa tyres. These are like racing tyres but they are completely road legal. 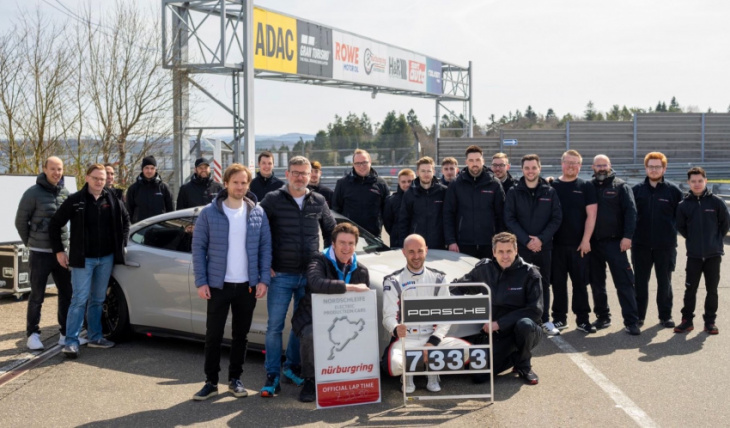 “In the past, only thoroughbred super sports cars got into the 7:33 range. With the new performance kit I was able to push even harder, and the car was even more precise and agile to boot.”

The performance kit is available through Porsche Tequipment, and unfortunately only in Germany at this stage and for the 2023 model year Taycan Turbo S variant. Porsche says these vehicles started production in July, with the performance kit set to become available from the end of this year. 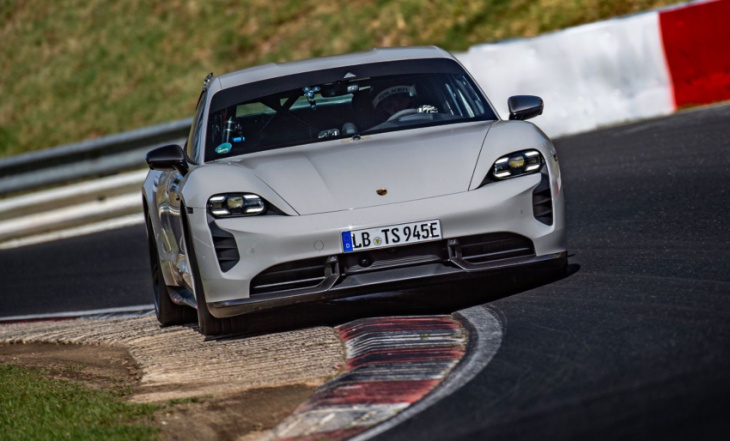 Interested punters needn’t worry about disturbing the software change when switching back to regular tyres for road driving, as Porsche says it is not necessary to restore back to the original chassis setting even after swapping back to the normal tyres.

As a reminder, the Taycan Turbo S features a 93.4kWh battery with two electric motors developing up to 560kW and 1050Nm during overboost. The previous record-holder, the Tesla Model S Plaid, set a time of 7:35.579. It uses twin electric motors as well but produces quite a lot more power, at 760kW and 1300Nm.

The record lap was set on the 20.8km version of the notoriously punishing circuit in Germany, with a notary attending the event to verify the time. TUV Rheinland, on attendance, also confirmed the vehicle was a standard production model. Check out the full lap video below to see how it went.