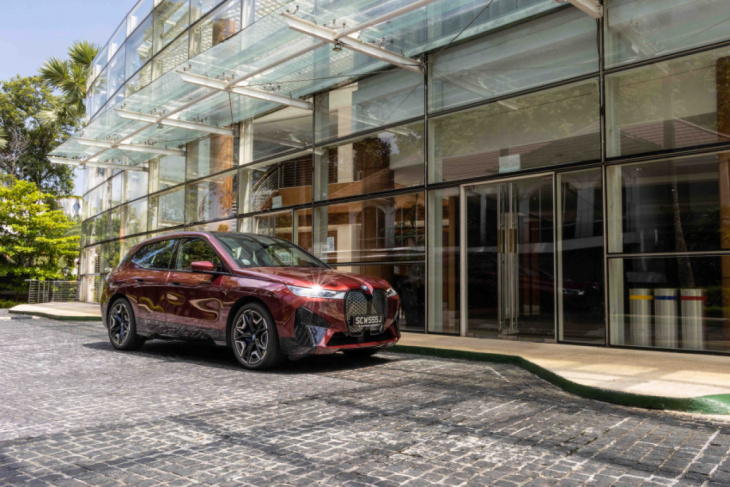 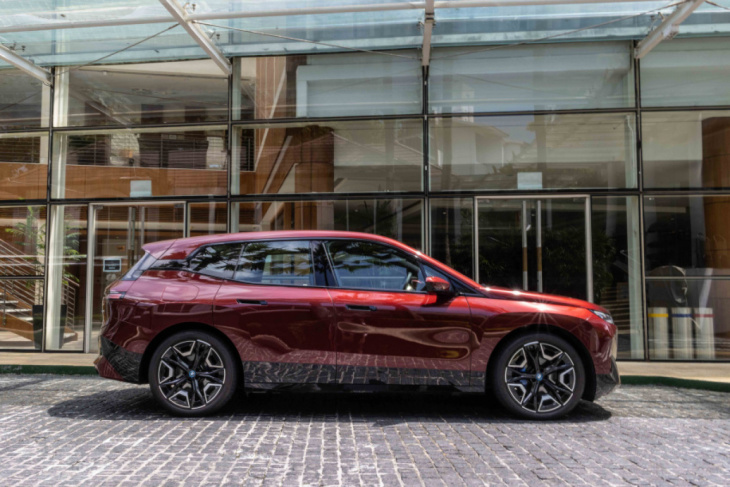 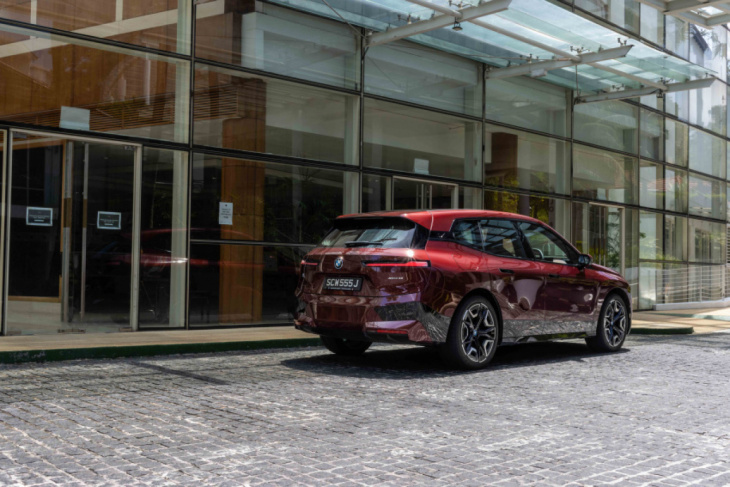 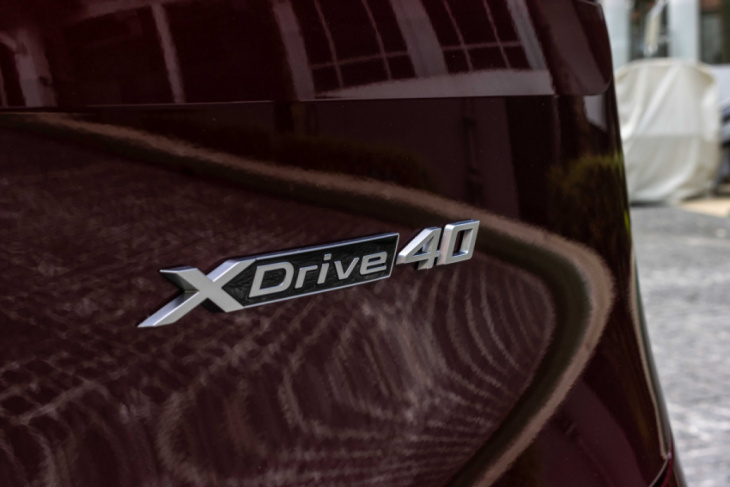 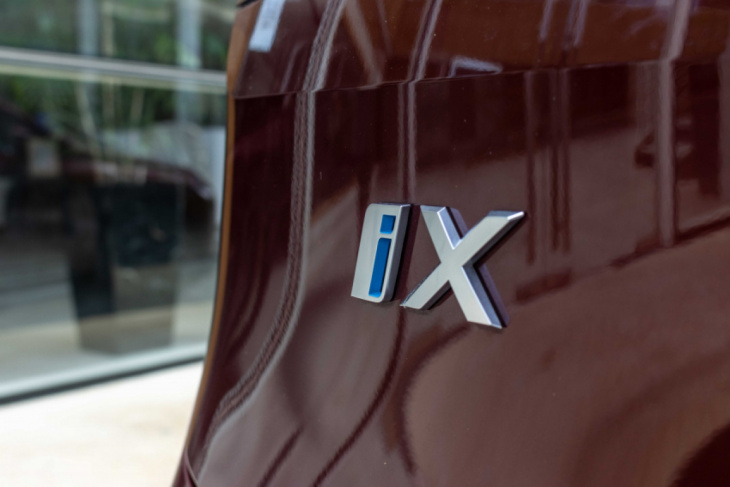 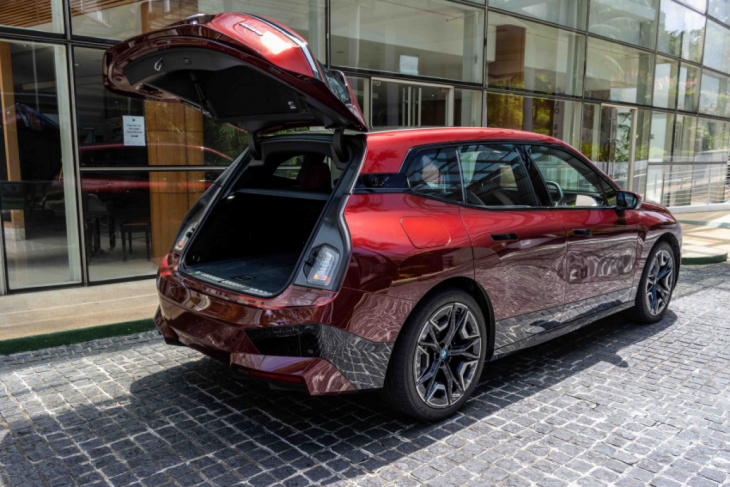 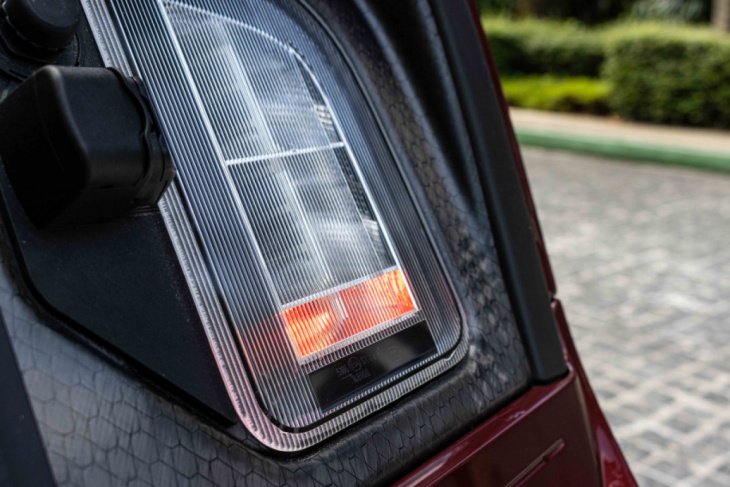 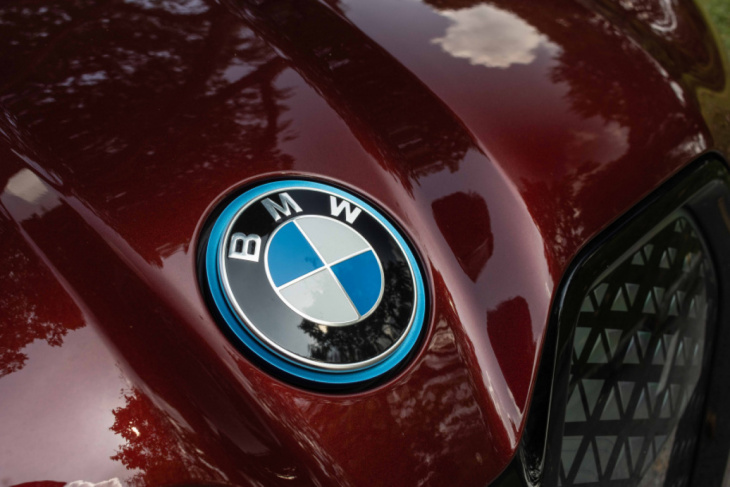 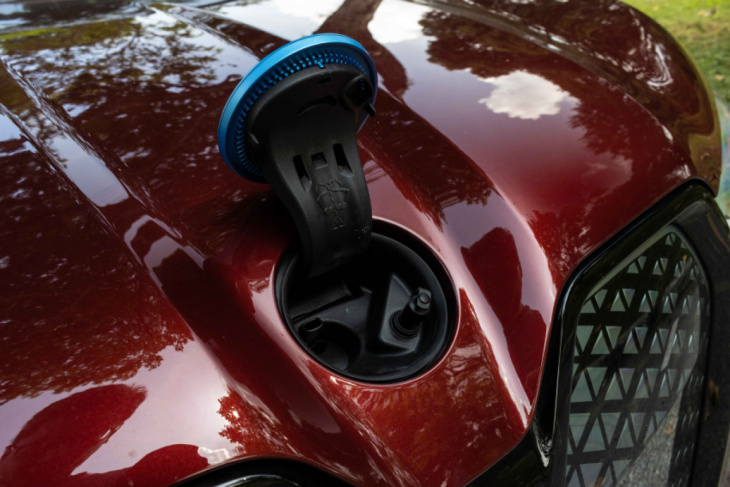 Singapore – Like the BMW i3, which was first introduced almost a decade ago, the iX is probably the least BMW-like vehicle of their current vehicle range.

Unlike the smaller in-class iX3, which was built with the intent that it would be sold more as a regular ICE X3, than it would as an EV, the larger BMW iX is much-much more than just their new and shiny Executive electric SUV. It is their first purpose-built electric SUV, and an important showcase of the many good things BMW is capable of bringing to the table.

The iX may be around the size of an X5, but the two cars cannot be more different from each other. While the X5 is built on a conventional steel chassis, the iX’s bones are closer to that of an i3. It has much of its frame built using Resin Transfer Moulded (RTM), Carbon Fibre Sheet Moulding Compound (SMC) and panels churned out through Wet Compression moulding methods. The in-house carbon fibre effort, translates to the iX’s body being some 80kg lighter than its conventional counterpart.

Visually, the iX may be quite unfamiliar to most of us, but if you were to have a look at the in-coming BMW 7 Series, you can tell that this is clearly the new design direction by the Bavarian automotive brand.

You might need a little bit of time to get used to that upright grille, but this and everything else simply grows on you. Speaking about this, iX’s nose is on its own, is another example of BMW showing its manufacturing tech knowhow. What once used to front a radiator, now hides a radar sensor, and is produced with the use of nanoscale vacuum-based coating process, for a three-dimensional effect. There is a protective self-healing polyurethane coating on its surface. 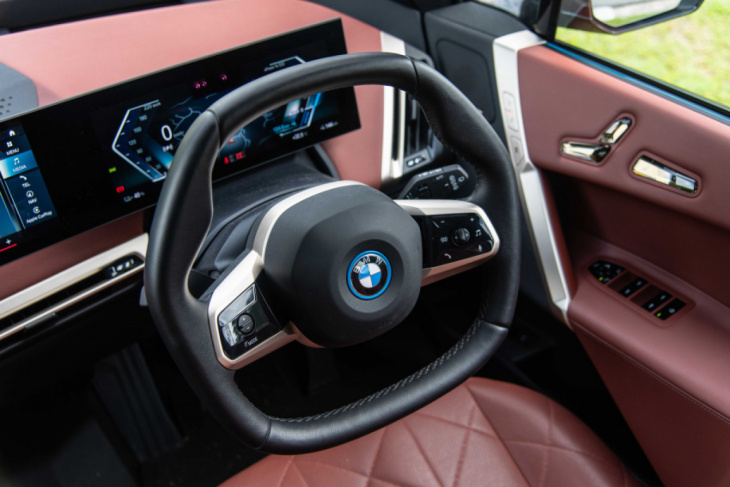 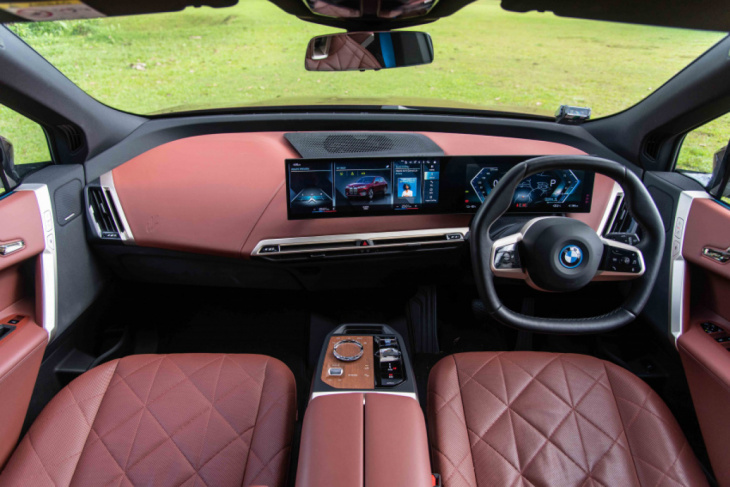 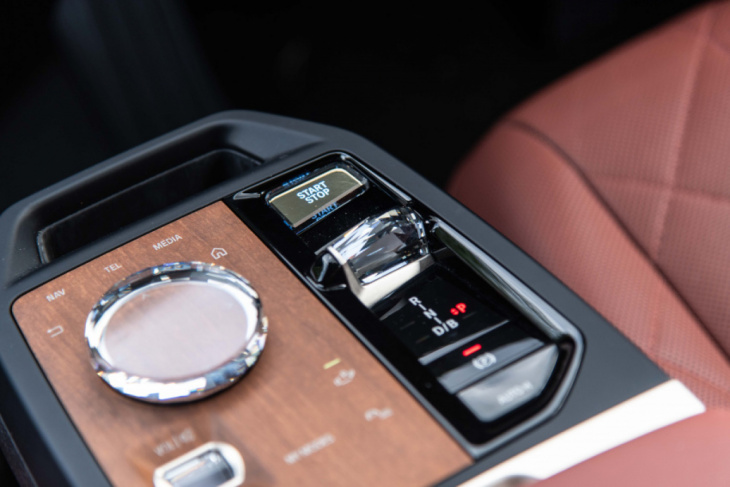 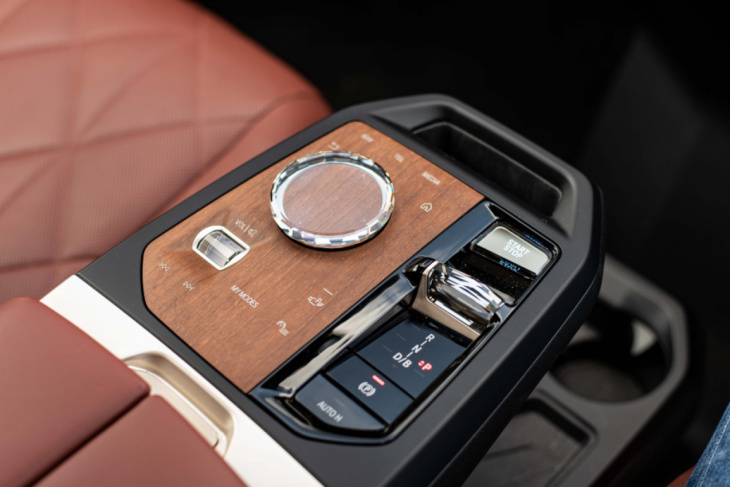 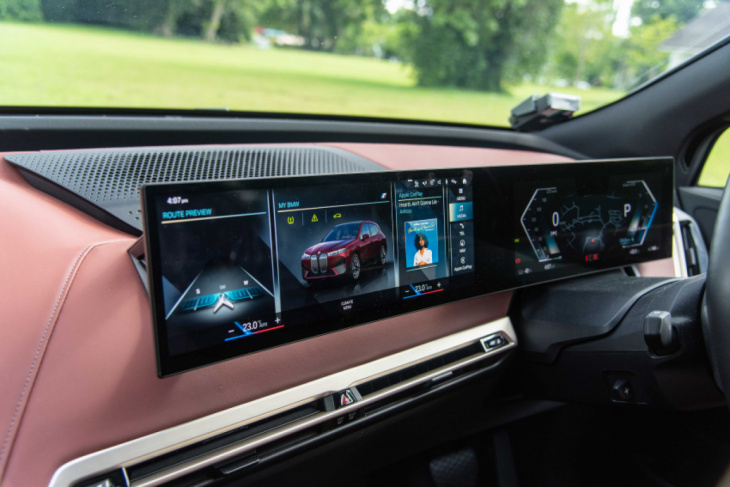 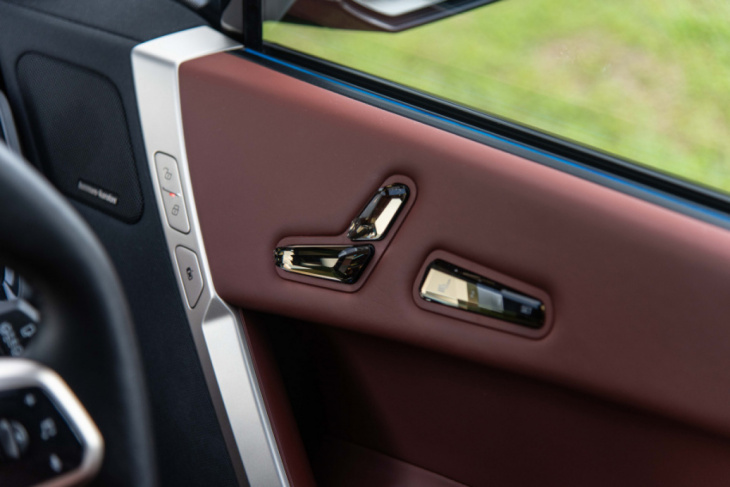 BMW’s batifolage with new materials does not end with just the exterior. On the inside, you are greeted with mounds of “Thunberg-friendlier” leather, which is treated with olive leaf extract. The floating centre console, with its open pore wood inlays, which is a nod to the i3, and there are now open pore wood surfaces, which also seem to pay homage to the small carbon car. The 2 Series Active Tourer loosely emulates the iX’s interior, with its similar floating console and its twin screens fixed into a single panel.

Speaking about screens, the iX’s 12.3-inch Information Display, and 14.9-inch Control Display, are powered by BMW’s more advanced Operating System 8. One of the notable advancements, is the with the voice-activated Personal Assistant, which now can pick out which front occupant is activating it.

The iX is also the first BMW to feature Shy Tech… tech. Which comprises hidden interactive and functional technology which remains largely out-of-sight, until when activated. The introduction of Shy Tech visually reduces the number of physical buttons, through the use of “smart” materials, which are themselves touch-sensitive. Some of these are found within the wood inlay on the centre console. 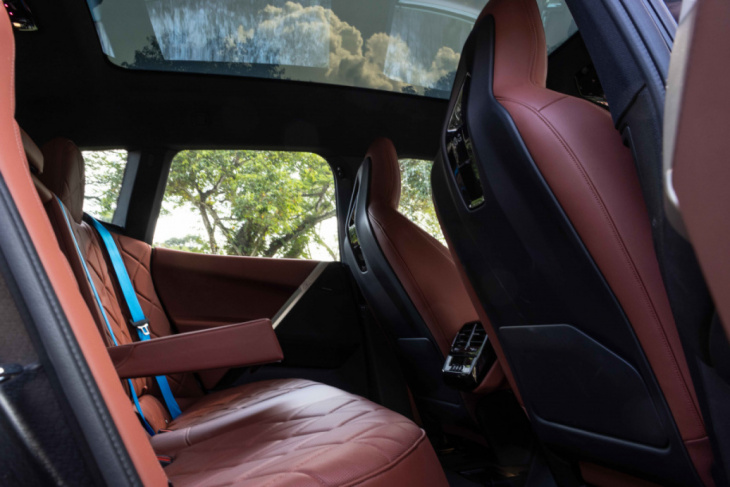 This is a serious flex by BMW. A sort-of a technological show-and-tell, and not only is this play on materials and tech refreshing, but the interior is also very practical. There is a flat floor all-around, which means that there is less of a compromise on leg space for the fifth passenger. There is a 500 litre boot, with a flat floor, complete with remote release tabs to release the rear seats. Cargo room may not be the largest here, being “dwarfed” by the Audi e-Tron’s six-hundred litres and a bit, but it is definitely spacious. 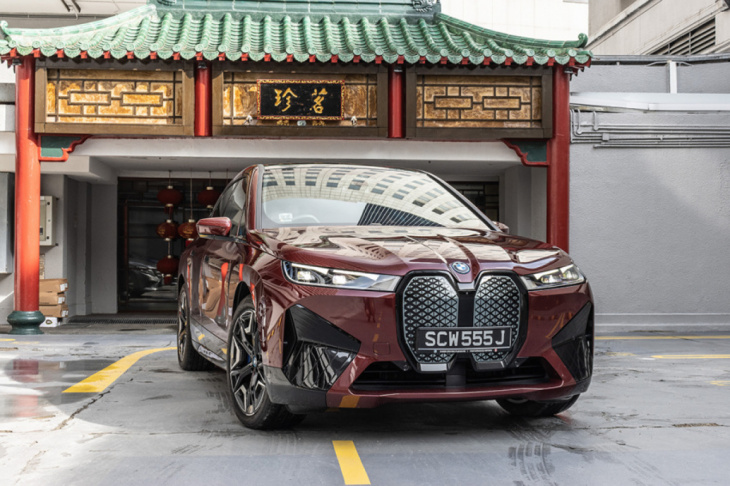 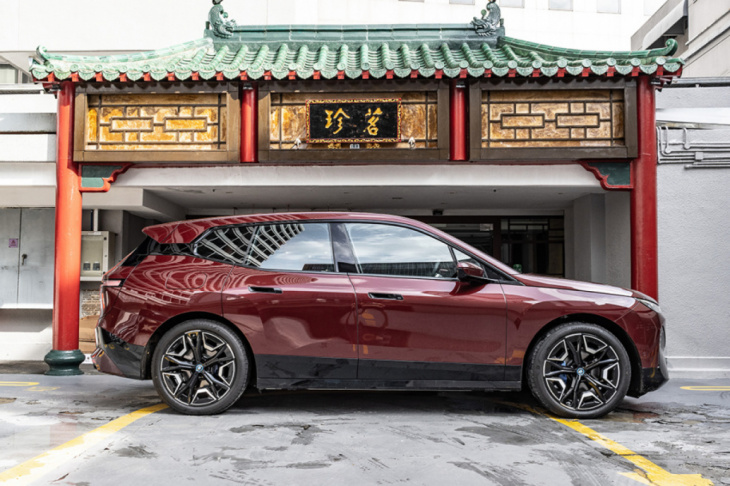 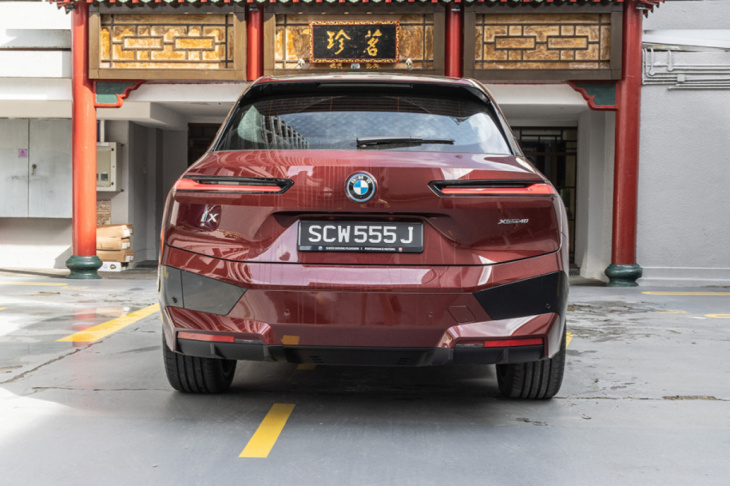 Right away, you can tell that the iX is well-padded, since you travel around in near-silence. What noise you mostly get, apart from faint motor sounds and tyre rumble, are equally faint wind buffeting, seeping through the top of those frameless windows. And then there is that synthetic Hans Zimmer developed soundtrack (which you will hear more of, with the future expansion of BMW’s EV range), which subtly filles the cabin when driven in normal drive mode.

Acceleration, as-per any EV, is instantaneous. The iX comes with four levels of regenerative braking; the first three modes can be set through the infotainment, while there is ‘B’ mode, which is activated through a second pull of the drive select. The last-mentioned maxes the iX’s regenerative braking, allowing you to drive with just one foot – which like David says, an EV should.

One of the cool features I have to mention here, is the Augmented Reality stitched-into the SatNav, which flicks a series of directional arrows over a video feed of the road ahead, when you are nearing a turn you should make. While I would feel that this would not be very necessary here, it can prove to be very useful up-north, when you are in unfamiliar territory. The iX we get here is the xDrive 40i model. It is driven by twin motors, which boasts a system delivery of 326hp and 630Nm. The motor at the front produces a maximum of 258hp and 290Nm, while the rear, 272hp and 340Nm. Under the floorboard, the 71kWh energy supply boasts a maximum lab-tested range of 425km, and can be charged from 10-80% with the aid of a 150kW high-speed DC charger in 31 minutes. We managed around 18kWh/100km. This is actually decent in my opinion.

There is adaptive braking, which utilises the frontal radar, sensors and camera, to determine how much the car should slow down, based on the road situation. But I do personally find that it nannies you too much, and it also turns the experience into a rather jerky one.

Me, being me, I left the regenerative braking system at its lowest setting, and switched off the adaptive braking; simply because I live for two things – smoothness and control. With the iX, set this way, everything seems to come together very well. On highways, I can lift off and let the car almost coast, with just a hint of “regen” feeding energy back into the batteries.

The iX sits on front double wishbone and a rear multilink, which ensures optimum suspension geometry around bends. It gets its damping courtesy of an advanced adaptive hydraulic self-levelling suspension system, with lift-related dampers. The suspension has a bias towards delivering a comfortable ride – yet the iX feels reasonably crisp and accurate in a turn, rather than wallowy, like how a lux-o-barge traditionally would. Sure, it is not as sharp as the iX3, but it is still engaging enough… It engages you, while you savour the serenity of its padded cabin. I know I am mentioning it again, but it is truly a very quiet cabin.

BMW’s pouring of tech into the iX has truly paid off. It certainly feels more refined than the Jaguar I-PACE, and there is always something you can find on and in it, which tells you that it is a very special car. For instance, just open the doors, or even the boot, and you already have in view, part of the carbon cage in all its glory for bragging rights. The BMW iX is a bold and clever showcase of materials and electronic technology, bundled into a vehicle, which is such a joy to be behind the wheel.

Sure, it is probably the least BMW-like of cars, therefore I got in a sceptic; but I stepped out impressed.